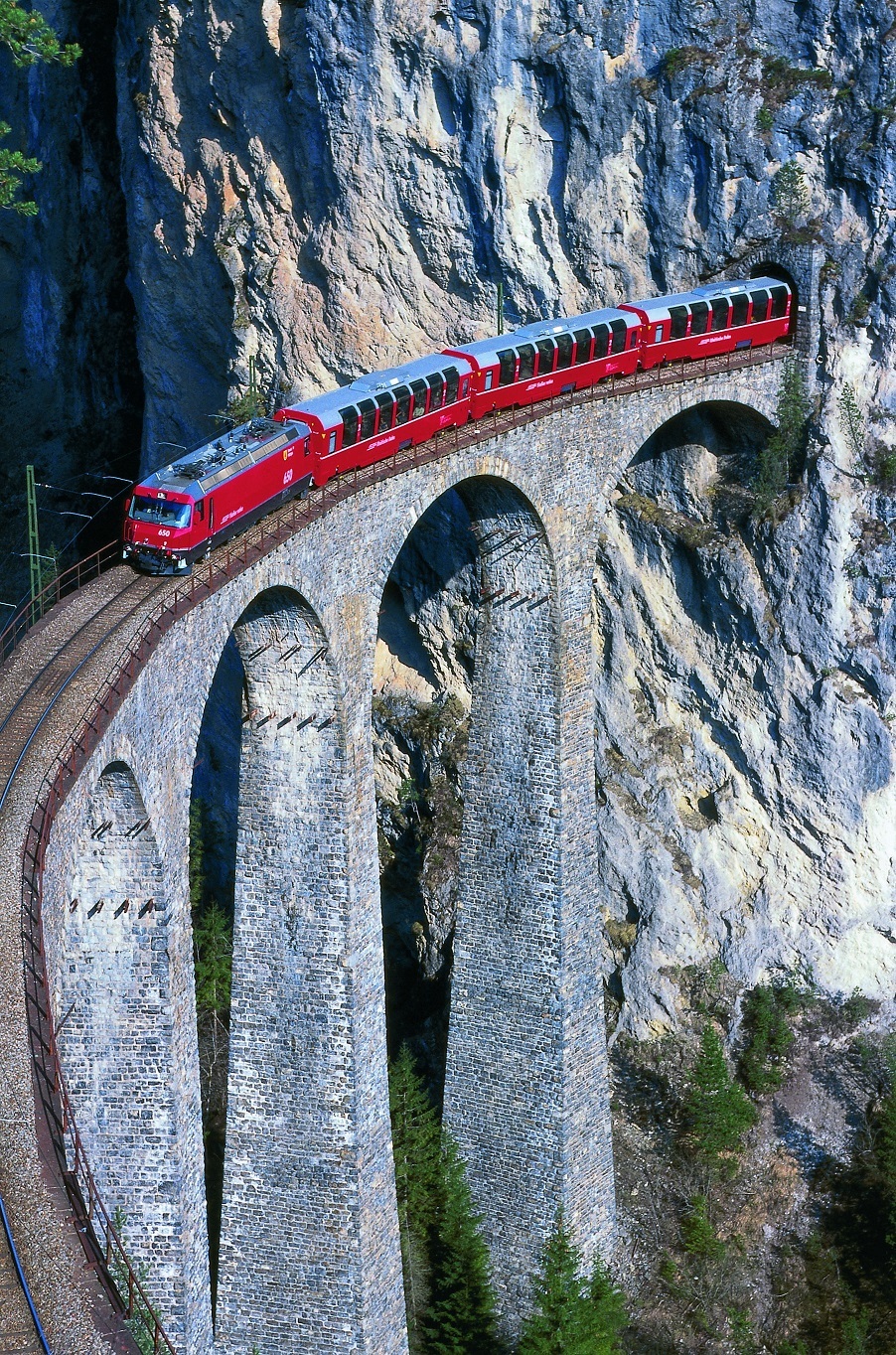 Enjoy brunch at the Landwasserviadukt on World Heritage Days Switzerland

Switzerland boasts an impressive 11 UNESCO World Heritage sites. Three of them are natural phenomena, such as the Alps, while eight are areas of cultural significance. You can visit these anytime, and we suggest you do. However, if you're looking for a special reason, this June sees the first edition of UNESCO World Heritage Days in Switzerland. For one weekend, the country’s UNESCO sites throw open their doors - whether actual or metaphorical - to the public with a load of events, many of which are free to attend.

While the main exhibition is being held in Bern, all of Switzerland’s 11 UNESCO sites will host various activities, events and celebrations over the weekend 11-12 June.

The 11 Swiss UNESCO sites and highlights of their World Heritage days events are as follows:

Bern Old Town
The World Heritage Days action centres on the Swiss capital city of Bern, where the entire medieval Old Town is a UNESCO site. Over the weekend, there will be guided tours, talks, a free exhibition and “open doors” to many buildings not usually accessible to the public.

Rhaetian Railway in the Albula / Bernina Landscapes
Find out about new and historic trains at various stations or tuck in to the RhB World Heritage brunch featuring regional products at the foot of the Landwasser viaduct.

Swiss Alps Jungfrau-Aletsch
Take the train from Interlaken to Europe’s highest-altitude train station, Jungfraujoch, at the peak of the UNESCO World Heritage Site, for 50% of the usual cost.

Benedictine Convent of St John at Müstair
People will be allowed into closed areas of the abbey church to see two murals that are not usually able to be viewed by the public. The convent will also be conducting church services, talks, guided tours and a farmer’s market.

La Chaux-de-Fonds / Le Locle
The UNESCO-listed watchmaking towns of La Chaux-de-Fonds and Le Locle in Neuchâtel Canton will be hosting free architecture tours. The tours will explain why the buildings of each town tell the story of how watchmaking evolved from a craft into an industry – and show how this activity was integrated into the development of the urban landscape.

Lavaux Vineyards
Visit the ancient winemaking town of Saint-Saphorin, where locals will be throwing open their doors to the public for a rare, behind-the-scenes insight into the life of the village. There will also be hourly UNESCO guided tours of the vineyards.

Monte San Giorgio
The mountainous countryside of Monte San Giorgio was declared a UNESCO World Heritage site in 2003 due to the amazing hoard of marine fossils discovered here. Dating back 240 million years, the fossils formed when the area was a marine lagoon in sub-tropical climates at the end of the Triassic era. For the World Heritage Days, you can visit the Monte San Giorgio Fossil Museum in Meride (normal entry price) and enjoy some live theatrical performances.

Prehistoric Pile Dwellings around the Alps
This UNESCO area consists of 111 sites in six countries around the Alps where the foundations of human dwellings plus household items such as pottery dating from 5,000-500BC have been preserved by being submerged in water. At the Swiss sites on the World Heritage Days there will be interactive trails and demonstrations about life in the Stone Age and Neolithic periods.

Swiss Tectonic Arena Sardona
In this area, you can see clearly how mountains are formed over millions of years due to the movement of Tectonic plates. Sardona was declared a World Heritage property in 2008. The World Heritage Days will feature talks, a guided tour and  photo exhibition in Chur and a world-record attempt at 'Steinmandli-Türmen' – cairn building.

Abbey of St Gall / St. Gallen
St Gallen’s cathedral and abbey district, including its stunning Rococo library full of priceless books and medieval manuscripts, was declared a UNESCO Cultural Heritage site in 1983. Take an individual tour of the abbey district to discover more about this uniquely preserved area.