Basel’s most venerable art archive contains the world's largest collection of paintings by the Holbein family.

The planet’s largest collection of paintings by the Holbein family is the centrepiece of Basel’s most venerable art archive, and works from 1400-1600 and the 19th-21st centuries its broader main attractions. Upper-Rhine and Flemish artists dominate the former, with Renaissance men Konrad Witz and Cranach the Elder the big stars. Van Gogh, Gaugin and Cézanne usher in the 1900s, while the museum’s 20th-century haul hinges on cubism, German expressionism and post-1950 American art, with pieces by Picasso, Oscar Kokoschka and Warhol among the principal treasures. A monumental extension to the Kunstmuseum that will host special exhibitions is currently under construction, designed by local starchitects Christ & Gantenbein and due to open in 2016. 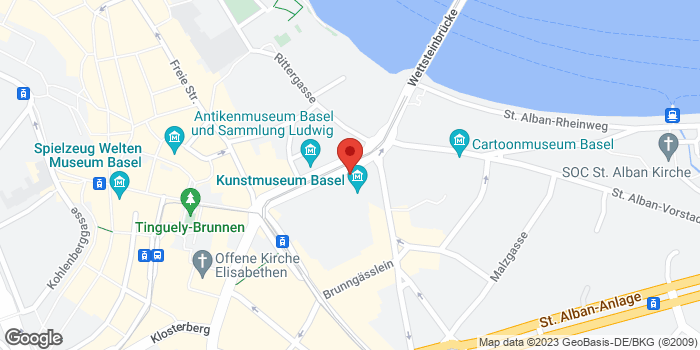