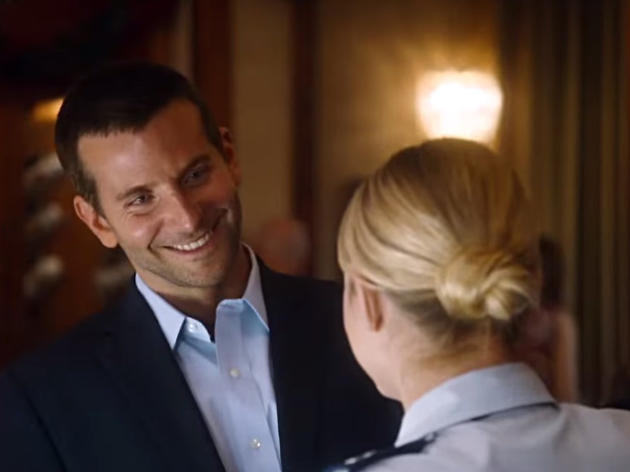 With every subsequent movie, it becomes increasingly clear that Cameron Crowe is only interested in one thing: finding the least hospitable environment for a romantic comedy, and forcing it to accommodate one. The Seattle grunge scene. The wild world of sports agents. A private zoo. Kentucky. The afterlife. (Though, in the spirit of full disclosure, it’s only fair to mention that Vanilla Sky makes a half-hearted attempt to subvert the genre’s most familiar tropes.) The guy is like a cross between Nora Ephron and Fitzcarraldo, obsessively determined to haul meet-cutes and manic pixie dream girls to unnatural places that have little hope of sustaining them. To that end, Aloha might represent Crowe’s final frontier, and not just because it literally begins in outer space.

Like almost all of Crowe’s films, Aloha tells the story of a thirtysomething white guy whose latest and most profound work crisis has sent him into a personal tailspin from which he can only be retrieved by a beautiful girl who’s all eyes and no guile. In this case, the guy is a military contractor named Brian Gilcrest (Bradley Cooper, manic), who limps back to his old stomping grounds of Hawaii in order to help his billionaire boss (Bill Murray, possibly aware that he’s in a movie) supplicate the local islanders and launch a new satellite of some kind. His attaché is a plucky quarter-Chinese fighter pilot (Emma Stone?), his old flame is a stay-at-home mom with a secret (Rachel McAdams), and her husband is a giant (John Krasinski) whose character is almost entirely defined by how seldom he speaks.

Here are some of the many things that happen in Aloha:

- Stone wears a hat that has sunglasses built into it (this is a highlight).

- A young boy predicts a mythical cataclysm of some kind.

- A Hawaiian king wears a tanktop.

How any of those things are connected is never especially clear, as each plot thread is as far removed from the next as Hawaii is from the rest of the United States. The film is cut together with the haphazard feel of a posthumously completed record, its ungainly structure a macrocosm of the awkwardness with which the individual scenes are Frankensteined together into a lumbering monster built from close-ups and music cues.

The film’s best moments, however, illustrate why Crowe has earned the benefit of the doubt, and offer fleeting glimpses at the ideas that likely galvanised this project into being. Cooper may be a distractingly manic Gilcrest, devouring every line as though “transparent” and “opaque” were the only two options available to him, but it’s touching to watch him realise that life can be easier to reset than it is to rewind. Stone, meanwhile, continues to work miracles, wrestling the most artificial female lead that Crowe has ever written into a character that eventually comes to resemble a human.

It’s tempting to dismiss the public shaming that Crowe and his latest noble failure were forced to endure in the wake of the Sony hack (emails from former studio head Amy Pascal shed light on a rather turbulent post-production period), as even the most beloved Hollywood products are the result of similar notes, critiques and boardroom battles. And yet from the disorienting first scene to the afterthought of a finale, Aloha earns every iota of its tainted reputation. The film conveys nothing so clearly as it does the story of its own undoing, splayed on screen like a crime scene so covered in fingerprints that they all just smudge together.