One Direction: This Is Us

Film, Documentary
3 out of 5 stars 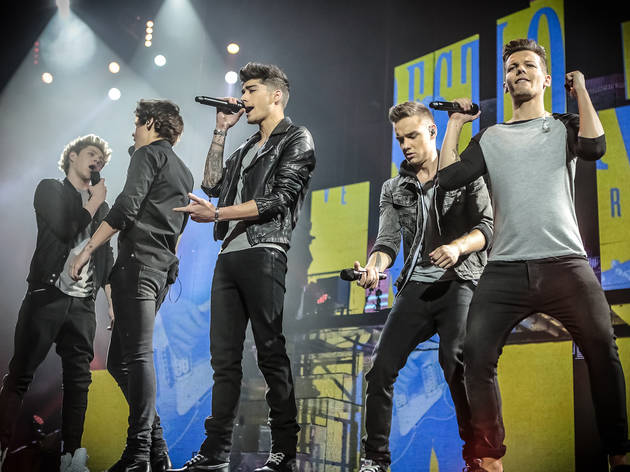 What’s the opposite of warts-n-all? ‘No warts’ doesn’t even begin to describe Morgan Spurlock’s fly-on-the-wall film about One Direction. No warts, no acne – there’s not even a pimple on the butt of this on-tour portrait of the reality-bred boy popsters (girlfriends or boyfriends or whatever, have been airbrushed out entirely). The director is Morgan Spurlock – the man who took on McDonald’s in ‘Super Size Me’. But you won’t find an anti-corporate message here. This is relentlessly on-message, crammed full of cheeky shirtless moments for fans of Harry Styles, Zayn and the three fillers.

Does it dispel the rumour that 1D are a bunch of charisma-free, talentless pop puppets? Yes and no. Give Simon Cowell an Oscar for his botox-assisted surprise-face talking about the 1D ‘phenomenon’. The boys come across surprisingly well – un-brattish, hard working, puppy-dog sweet, bit self-obsessed. They’re well-trained. ‘We try to stay away from the typical boy band thing,’ says Zayn, insisting they’re not packaged up like iced-buns for 12-year-old girls. Next door Harry is having a row with a stylist. ‘I don’t like the trench.’ Stylist: ‘That’s the Harry look.’

Spurlock ruthlessly goes for the heart-strings by taking the boys back to their home towns. Harry gets his bum pinched by a granny in the bakery where he worked on Saturdays. Zayn’s mum is in tears walking into the house he bought her. There are a couple of Spurlock moments. The band look blank when Martin Scorsese pops his head backstage in New York (tween-age daughter in tow). There’s a priceless ‘Zoolander’ scene, where Zayn shows off the graffiti room in his new house.