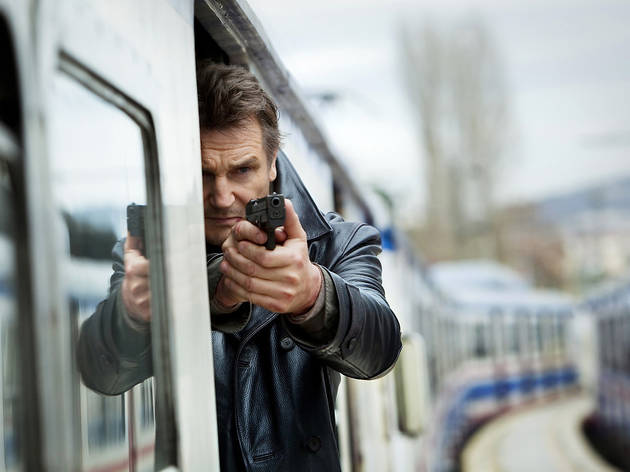 In the early 1980s, a company called Cannon Films became synonymous with ultra-low-rent vigilante trash: invariably starring either Charles Bronson or Chuck Norris, these straight-to-video shockers featured wronged men wreaking bloody revenge on the (often black or foreign) criminals who messed with their families. If the script for Taken 2 had dropped onto the desk of a Cannon executive, it would have been laughed out of the room. This is a film that makes the Death Wish sequels look like Godfather 2, that makes the cinematic ouevre of Jean-Claude Van Damme look like an Ingmar Bergman box set. It is one of the laziest, most incompetent mainstream films ever released.

Where the first Taken began with a believably nightmarish scenario – ex-CIA operative Bryan Mills (Liam Neeson) was forced to act when his daughter, Kim (Maggie Grace), was snatched by sex traffickers – the sequel doesn’t bother with old-fashioned fripperies like plot or intrigue. The relatives of the interchangeable, jabbering brown-skinned baddies that Bryan bumped off in the first film now want revenge. They follow him to Istanbul. They try to kill him. They fail. The end.

While much of the blame must fall on scriptwriters Luc Besson and Robert Mark Kamen – a sequence involving a bag of grenades and a map of Istanbul sparked gales of derisive laughter at the preview screening – the real culprit is director Olivier Megaton. The action sequences feel like an experiment in punishing an audience: a central car chase feels entirely composed of close-ups of smashing glass, spinning tyres and sweaty hands grappling with gearsticks, while the climactic punch-up in a Turkish bath is marginally less interesting than watching someone else play Street Fighter.

Taken 2 is a cynical, contemptuous film whose sole reason for existing appears to be to squeeze the pockets of anyone who enjoyed the first movie. Don’t give it the satisfaction.