The 17 best things to do in Tenerife

The largest of the Canary Islands is dreamy for catching rays, but there are more great things to do in Tenerife

It’s all too easy to lump Tenerife – the largest of Spain’s seven Canary Islands – in with all the other classic package holiday destinations. But there’s much more to this isle than all-inclusive hotels, theme parks and Irish bars. Tenerife is full of fascinating and quirky stuff to see and do – much of which you can’t do anywhere else.

From delicious wine and tapas that rival anything you'll find on the Spanish mainland to stunning botanical gardens, phenomenal hiking trails and mesmerising art, Tenerife has something for every discerning traveller. And you can drive across the entire thing in well under three-and-a-half hours!

Not only is there loads of things to see on Tenerife and not only is it all very, very accessible, but it’s also on an island just off the coast of Africa – meaning that it’s usually warm and sunny year-round. Here’s where to to get started!

RECOMMENDED:
🛏 The 12 best hotels in Tenerife

Best things to do in Tenerife 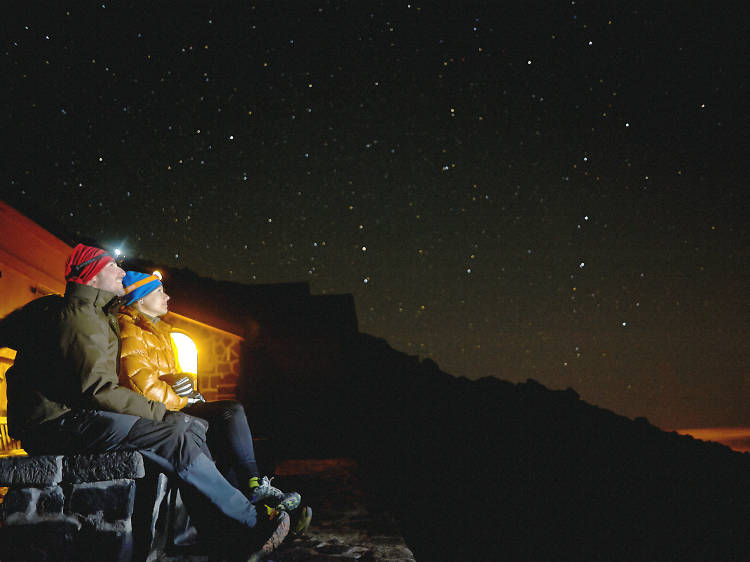 1. Views all around at Mount Teide

What is it? Tenerife is dominated by Mount Teide, a dormant volcano that is Spain's tallest peak. The peak is surrounded by a stunning national park.

Why go? From Teide you can see pretty much all of Tenerife – but the views don’t stop there. Oh no. You can also see way out into the night sky, with 83 out of the 88 registered constellations visible in the sky. 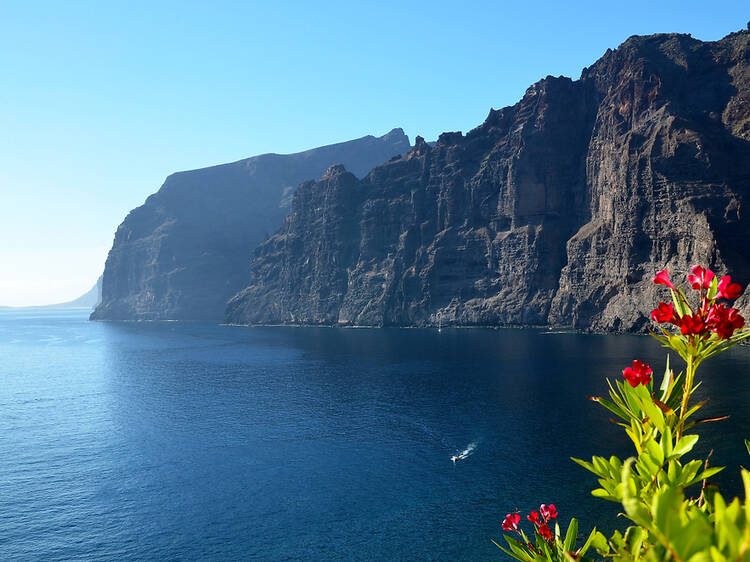 What is it? Some of the most dramatic cliff faces you’ll see, anywhere.

Why go? Tenerife’s Acantilados de Los Gigantes or ‘Cliffs of the Giants’ have an appropriately grand name: these vast vertical walls of basalt are a product of the Canaries’ volcanic landscape – and, no matter how you view them, they’re totally spectacular. We recommend starting a walk at the town of Los Gigantes before winding your way up and along the cliffs. If you’re feeling particularly adventurous, hiring out kayaks is also a great way to get a full view of Los Gigantes. 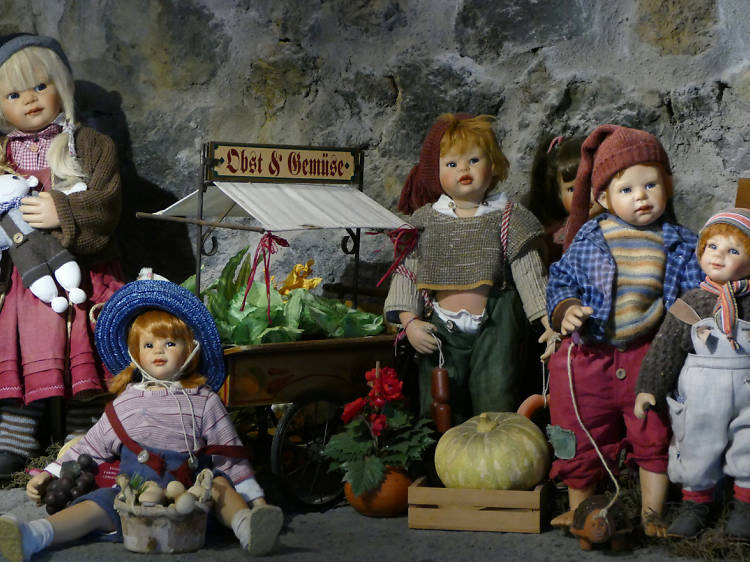 3. Get lost in quirky ARTlandya

What is it? A quirky museum near Santa Cruz de Tenerife, ARTlandya is home to a collection of over 600 dolls and teddy bears.

Why go? Eccentric owner Georg has spent years building up his unusual treasury of toys, made by more than 50 different internationally-renowned artists. He will talk you through his colourful world over a cup of coffee in his bohemian, traditional Canarian house, while artists work around you. 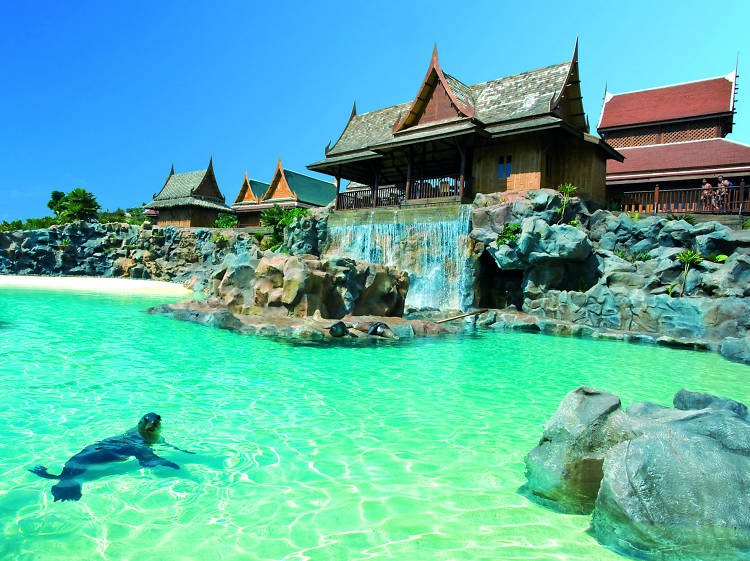 What is it? The self-described 'most spectacular water attraction in Europe', this giant water park features the biggest collection of Thai-themed buildings outside Thailand.

Why go? With its large number of exhilarating rides, this suburban theme park is definitely a must-visit for adrenaline junkies. The tall, free-fall slides, river rapids and flumes are set against a backdrop of sensational Thai architecture, which has the seal of approval from none other than the Thai Royal Family themselves. 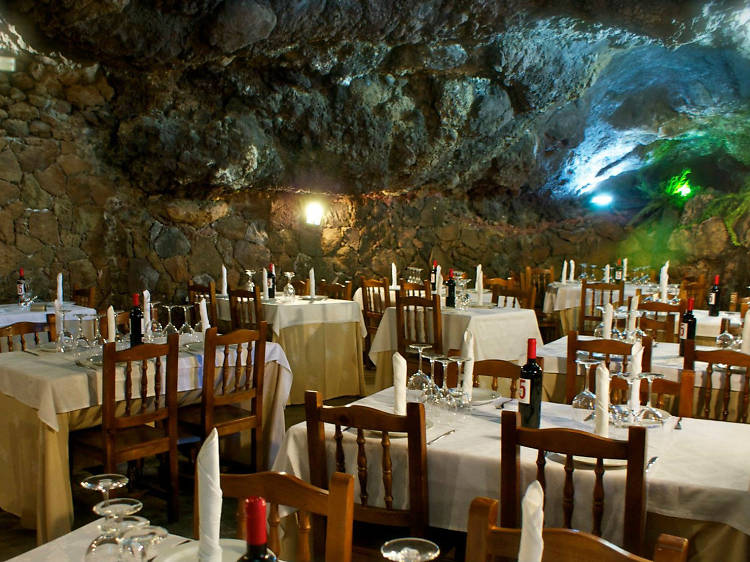 What is it? What makes this restaurant in Tenerife's capital Santa Cruz special is the fact that it is partially located in a cueva – or cave.

Why go? Tourists usually opt to sit outside in the sun, but make like a local and have your dinner inside one of the dramatic stone cave rooms, decorated with local artefacts. A must-try is the traditional papas arrugadas, a Canarian boiled potato dish served with a chilli pepper garlic sauce, called mojo rojo. 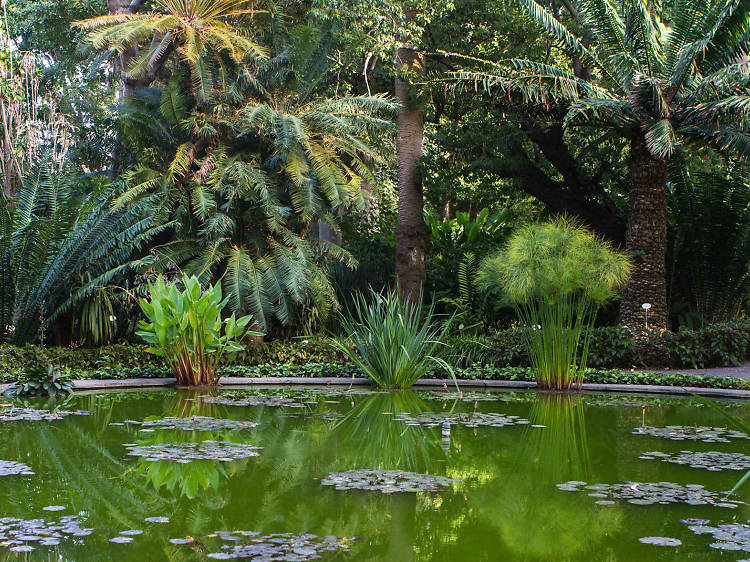 6. Take a breather at Jardin Botanico

What is it? A botanical garden dating back to the 18th Century, with a large range of stunning subtropical and tropical flora, including a 200-year-old fig tree.

Why go? Take some time out from the bustling streets of Puerto de la Cruz by stepping into this beautiful garden, where you can see all sorts of flora and fauna: from pineapple plants to tall palm trees. It's the perfect place to capture some Insta-worthy holiday snaps that will leave your pals feeling jealous. 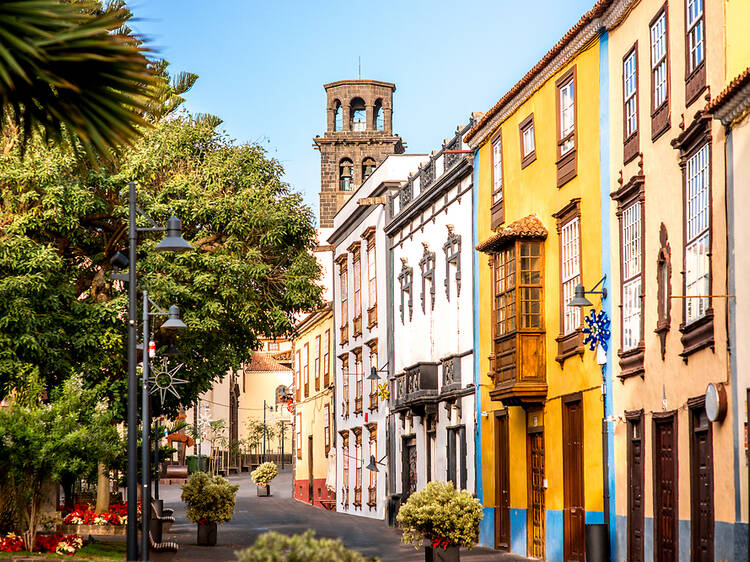 7. Nerd out over architecture in San Cristóbal de La Laguna

What is it? A city so pretty that even Unesco says so.

Why go? From a technical standpoint, the northern Tenerife city of San Cristóbal de La Laguna is an architectural historian’s paradise. Its old and new towns blend mudéjar, neoclassical, modernist, rationalist and contemporary architecture styles in a really characterful and wonderfully picturesque way. Why do we like it? Well, it’s simply really, really pretty. Simple as that. 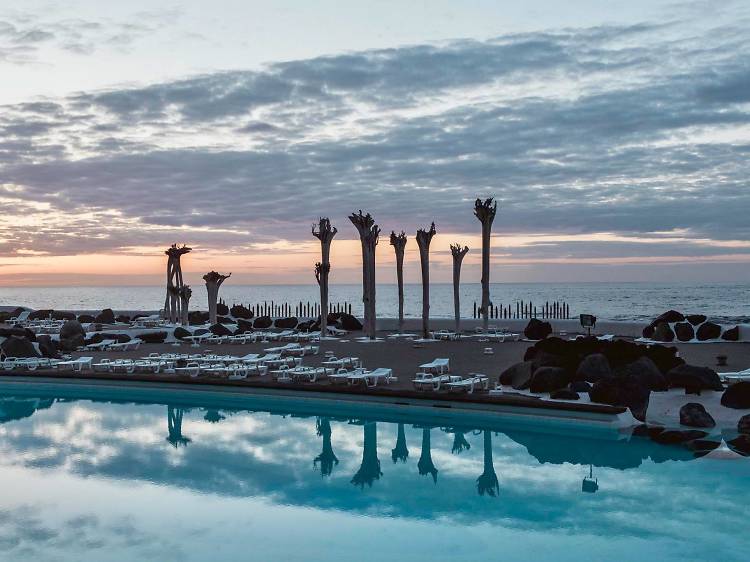 What is it? An open-air swimming pool complex located in the northern town of Puerto de la Cruz, it has a total area of approximately 100,000 square meters centred around an artificial lake.

Why go? Lago Martiánez is well-worth the 5.50 Euro entrance fee for a day of sunbathing and chilling out away from the packed beaches, which can get particularly busy during the summer. It is also home to several of Tenerife artist César Manrique's incredible sculptures. 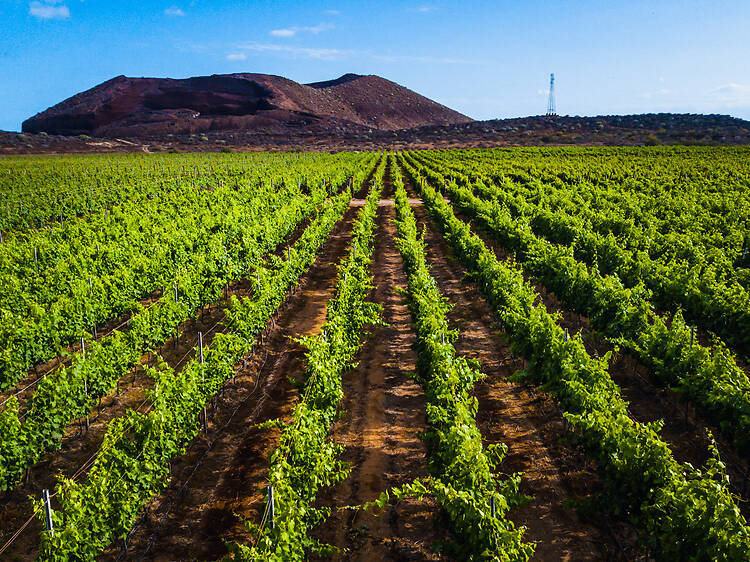 What is it? One of Tenerife’s finest wineries.

Why go? Thanks to its volcanic soil and subtropical climate, Tenerife has no shortage of top-tier vineyards. Reverón has great wines, sure, but it’s also got one of the island’s best wine-tasting experiences. Featuring four of the vineyard’s wines and including tours of both its vines and ancient cellars, it’s great for really indulging in a bit (or a lot) of vino. 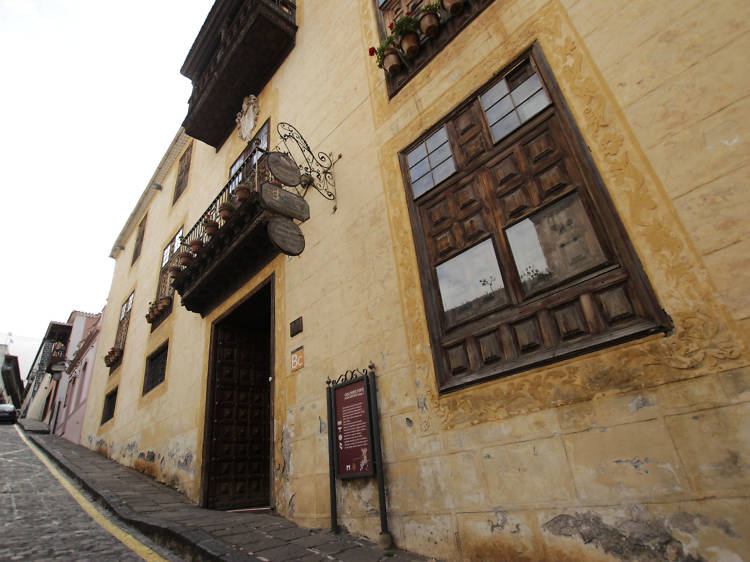 10. Take in some history at Casa de Los Balcones

What is it? Dating from 1632, this historic house and museum is highly distinctive, featuring five ornately-carved balconies.

Why go? The Casa de los Balcones is an architectural gem in the historic centre of La Orotava on the island's north side. It's not just a pretty face. Step inside and you will discover a Canarian patio surrounded by samples of typical handicrafts from Tenerife. Here you can learn all about the way of life on the island in the past few hundred years. 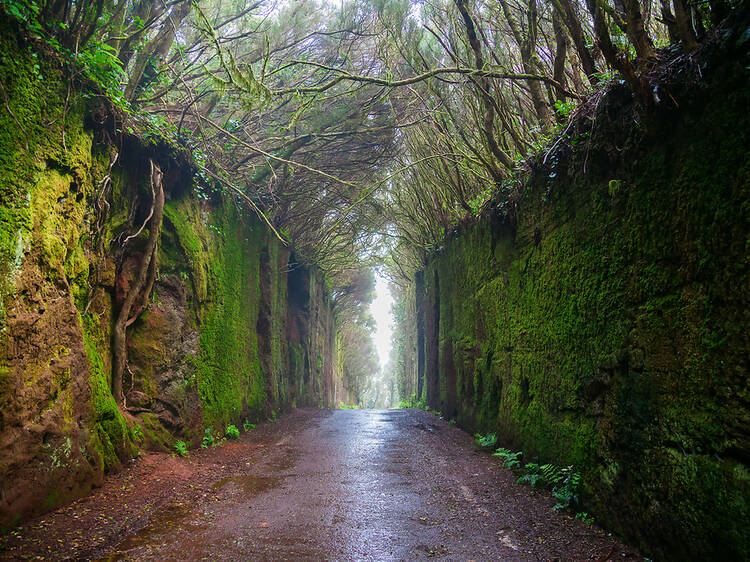 What is it? Lush highlands of jutting peaks and deep ravines.

Why go? Formed by a volcanic eruption between seven and nine million years ago, Anaga is a protected area in the north-east of Tenerife known for its craggy mounts, narrow ravines and cave-like forests. If you fancy an escape to an eerie fairytale wilderness filled with lush vegetation and boasting phenomenal island views, it’s an absolute must. 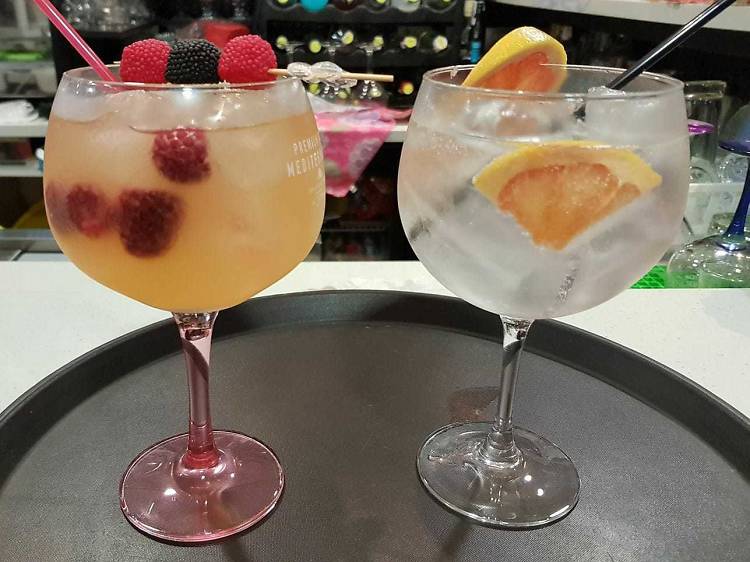 What is it? Gin is very popular on the Spanish mainland, especially in Barcelona, and it's now arrived in Tenerife thanks to this quirky little bar run by a friendly couple.

Why go? The bright blue or green cocktails of the all-inclusive hotels might be the first thing you think of when you imagine boozing in Tenerife, but this smart establishment has over 50 different gins to sample. George and Gina are highly-knowledgeable about how to pair their drinks with the perfect tonic – cheers! 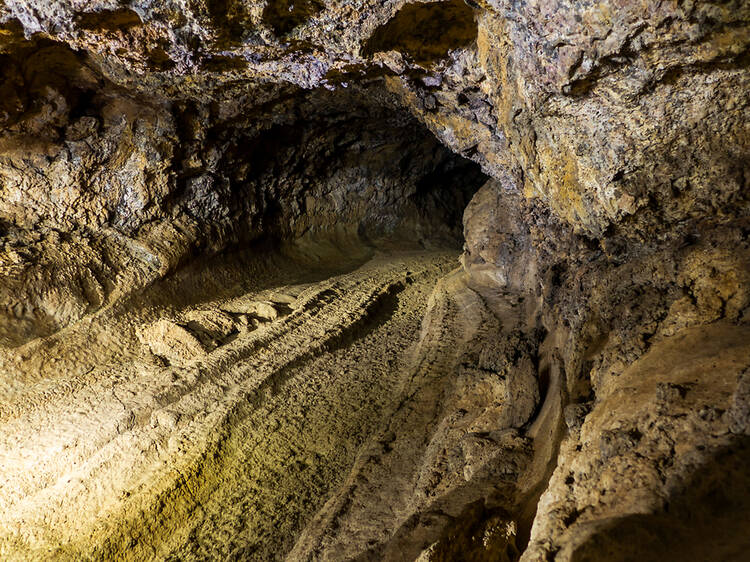 What is it? One of the largest lava tube systems in the world.

Why go? Cueva del Viento is Europe’s largest lava tube system. What does that actually mean? Well, a lava tube is what’s left when lava flows underground and leaves a series of caves. Cueva del Viento is a prime example – and it’s fascinating to even the least volcanically-curious. There are few experiences quite like donning a hard hat, sinking below ground and working your way through several layers of volcanic mystery. 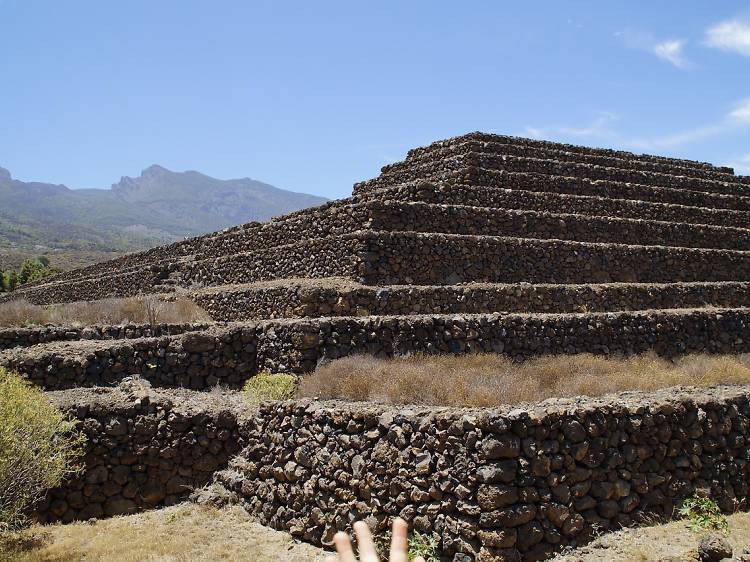 What is it? Six mysterious pyramids dating back to the 19th Century, located in Güímar, a valley in eastern Tenerife.

Why go? Nobody knows for sure why these Mayan-esque pyramids, made from lava, exist. All experts can say is they haven't been there as long as they look, though this is controversial with some conspiracy theorists saying they were made by ancient peoples as part of summer Solstice worship, or even due to a secret Freemasonry ritual. 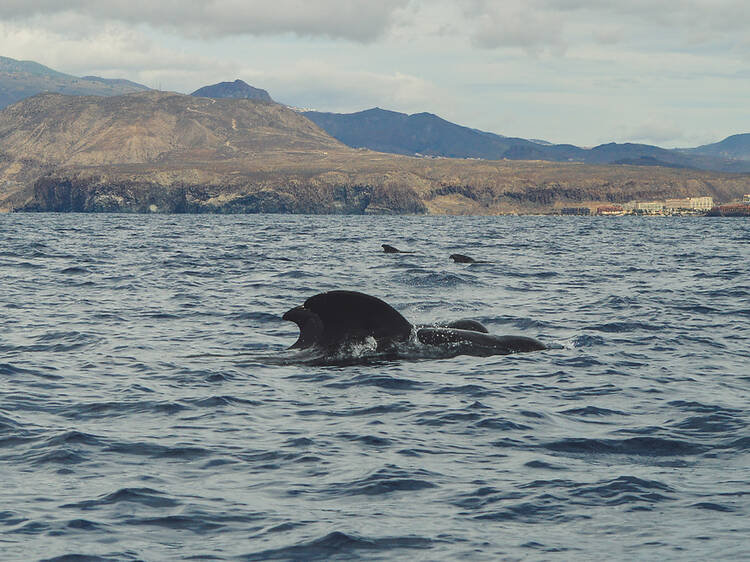 What is it? Gawping at some of the world’s mightiest mammals

Why go? November through February isn’t just a great time to catch some winter sun in Tenerife: it’s also prime whale-spotting season. There’s the chance to see humpbacks and finbacks in the winter, followed by orcas and sperm whales in the spring, while dolphins and pilot whales are there all year-round. Boat trips usually leave from towns on Tenerife’s southwest coast. 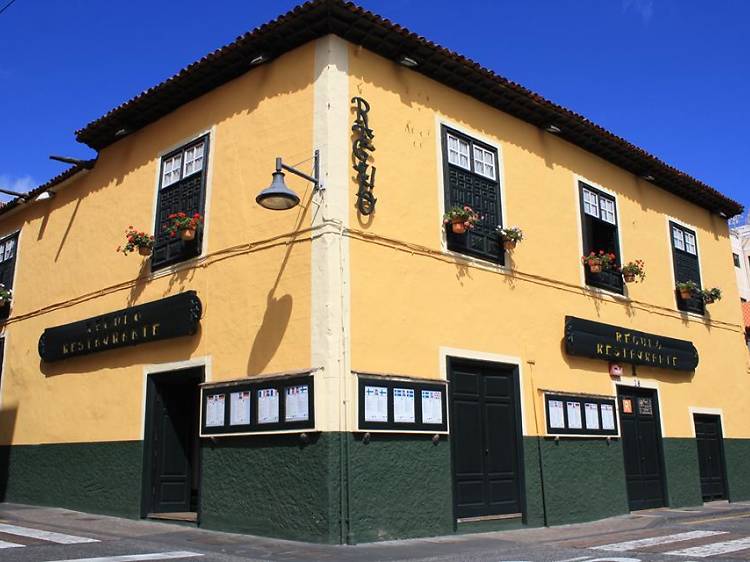 What is it? An atmospheric restaurant spanning three floors located in a traditional Canarian house, this establishment is so popular it is advisable to ring up and book ahead.

Why go? Both tourists and in-the-know locals love this restaurant, which serves traditional food and is known for its seafood. Go for the mushrooms stuffed with prawns and garlic butter, which are an absolute delight, and a fish platter showcasing the best catches of the day. Compliment your meal with a glass of one the large selection of locally-produced wines on offer here. 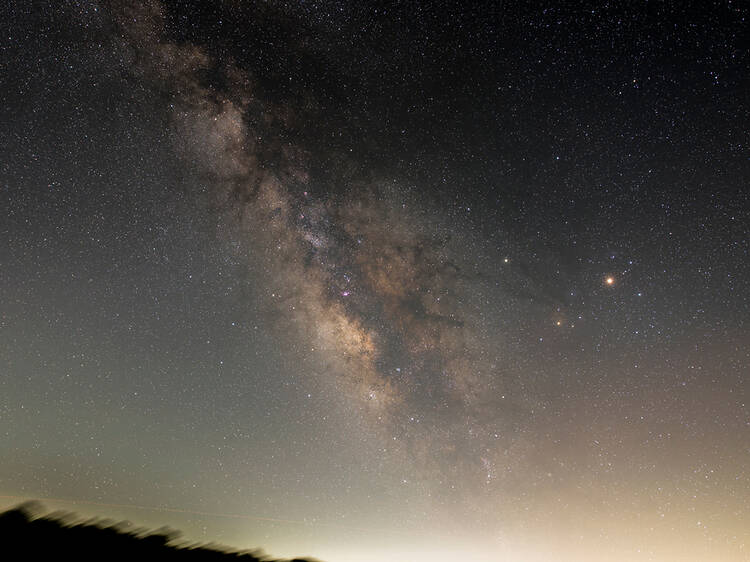 What is it? The cosmos! The Milky Way! Out there!

Why go? The peaks of Tenerife, with their clean air and lack of light pollution, make for some seriously outstanding stargazing. And while Mount Teide is, understandably, a very popular stargazing spot, the island is full of places from which to stare up into the cosmos. Head up to Masca peak in the northwest for another top gazing spot – though beware, it’s only accessible via a rather, erm, rugged (read: you may need a 4x4) track.