Ignore that whole "Lanzagrotty" thing from a few years ago: the best things to do in Lanzarote are fun, exciting and unique. Swerve overdeveloped areas, like Playa del Carmen and Costa Teguise, and Lanzarote is a wild, arid wonderland waiting to be explored. The beautiful volcanic Canary Island is packed with palm-filled towns, whitewashed abodes, beaches, fresh fish and cacti. You’ll find the indelible magic touch of influential artist César Manrique everywhere here. He not only left several fabulous homes and attractions to visit, but a legacy that prevents all new buildings being above two-storeys high. Go for a drive through the north and the interior of the island, and you’ll be all over Lanzarote’s breezy boho vibe.

Best things to do in Lanzarote 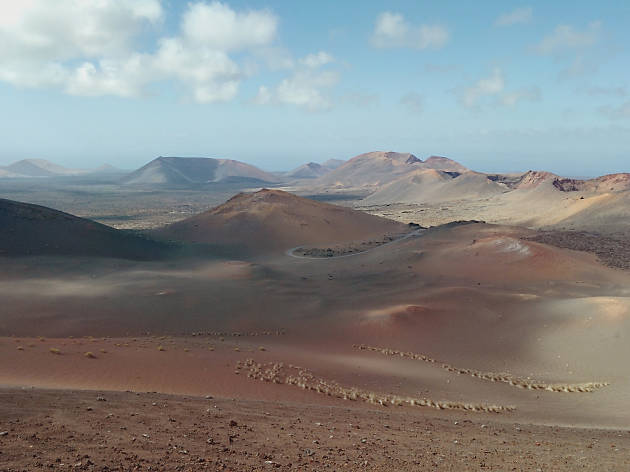 What is it? Volcanoes! But don’t worry, you won’t have to flee from bubbling lava. The dormant volcanoes haven’t erupted since 1824. Massive eruptions from more than 100 of them, between 1730-36, created the vast basalt landscape that covers around a quarter of the island. It’s now, largely, national park.

Why go? This spectacular moonscape is too dangerous to explore on foot, but a coach tour gives an exciting overview of the sea of lava, with 25 craters. At the Montanas del Fuego centre you can watch guides drop straw into a hole, where it bursts into flame. Dishes are cooked using geothermal heat at the El Diablo restaurant. An alternative, quirky way to explore is in an open-sided electric Twizy car. 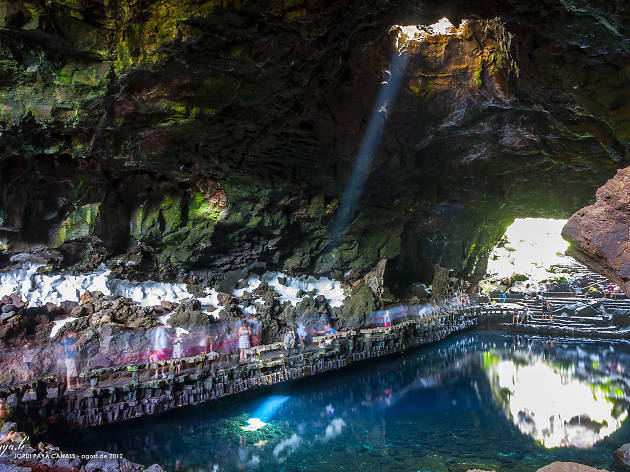 What is it? Lanzarote’s most famous artist, César Manrique, gave the island a funkadelic aesthetic, of which this sexy underground location is the crowning glory. A cave system with openings to the sky that houses a restaurant, curvy pool, and auditorium, with bar seats built into the rocks, and ferns cascading from the walls.

Why go? Imagine a fantasy party hosted by James Bond, Barbarella and Twiggy in the sixties – this would be the venue, and it will blow your mind. After dark there are live music and gastronomy events 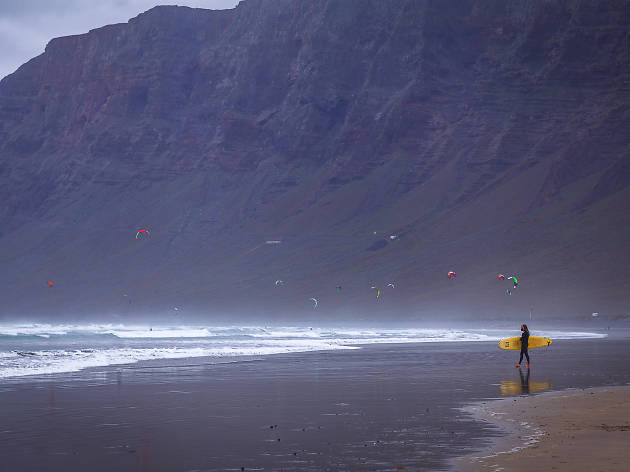 What is it? Surfers from all over the world are drawn to Famara’s epic beach and reef breaks, but its 5km swathe of sand is a joy even for those who don’t like checking into the green room. The cool little town behind it is full of colourful surf cafes, bars and hostels.

Why go? Paddle, run its length, or build a sandcastle, then duck into Restaurant El Risco for a fine fish lunch. Or book a two-day surf course. 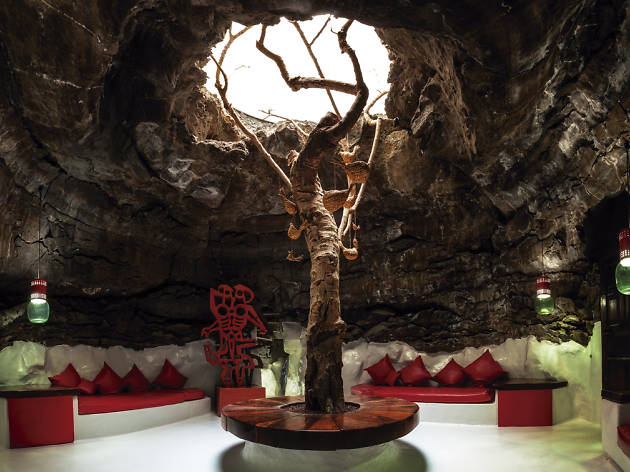 What is it? The drive up to the hilltop village of Haría might be a bit white-knuckle, but the reward is a super-chilled atmospheric enclave of whitewashed villas, towering palms and tropical plants that feels like some lost Arabic paradise.

Why go? The exotic vibe here is a world away from the tacky resorts in the south. Visit the Casa de César Manrique, one of the artist’s more homely abodes, in a palm grove. Here you’ll find an enviable haul of bubble chairs, zany textiles and art, plus unfinished work left as it was in his old studio. 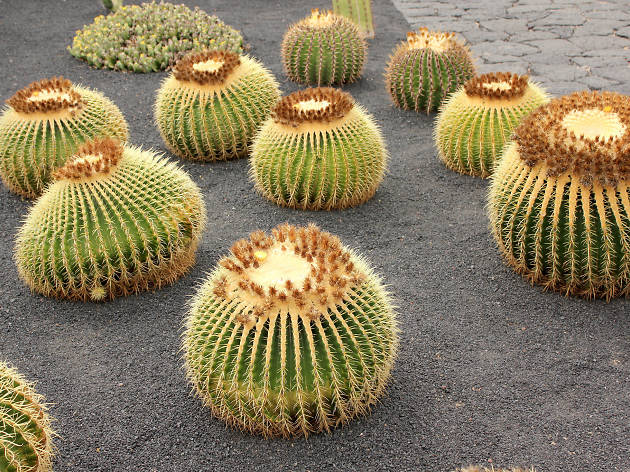 What is it? A lovely garden full of cacti of every size, shape and variety, laid out like an amphitheatre in an old quarry. Mr Manrique is to thank once again for this ultra-Instagrammable attraction.

Why go? In the current era of succulent obsession, this could be the coolest, spikiest place on earth, with 4,500 specimens of 450 species thriving in a sun-trap of a dip in the arid landscape. The stylish café/bar sells fresh juices and green-tinged cactus burgers, made from prickly pear cactus and potato. 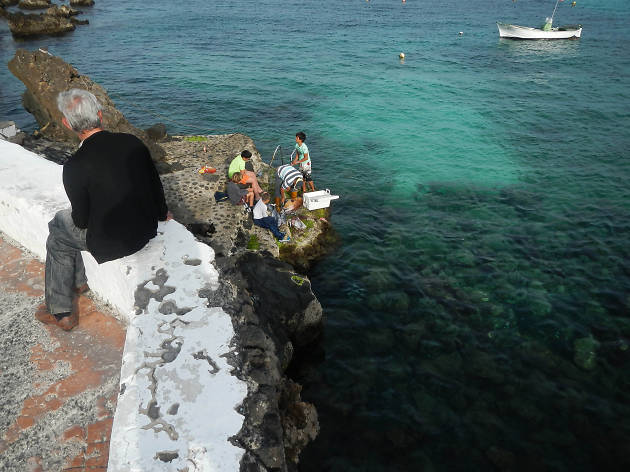 What is it? Outdoor sea swimming pools can be found around Lanzarote’s southern and eastern coasts, most natural formations in the rocks, with only steps and ladders added. Others are more built structures but with an opening to the sea.

Why go? A calmer place to swim than out in the sea proper, but wilder than a chlorinated pool, these seaside lidos are often deserted. Do some laps in Los Charcones near Playa Blanca, and Punta Mujeres in the north. 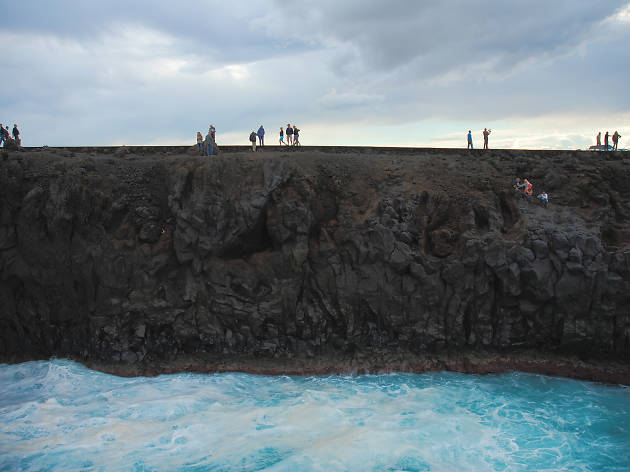 What is it? Where powerful Atlantic breakers pound the western volcanic coast, several paper tablecloth cafés, such as Restaurant Costa Azul, offer ringside seats. Go and feel sea spray on your cheeks while devouring fresh fish with Canarian potatoes.

Why go? It’s invigorating to watch the drama of waves smashing onto the black rocks a few feet away, seabirds soaring above. Prepare to scream when a big wave hits. The jagged rocks at Los Hervideros nearby provide good photo ops. 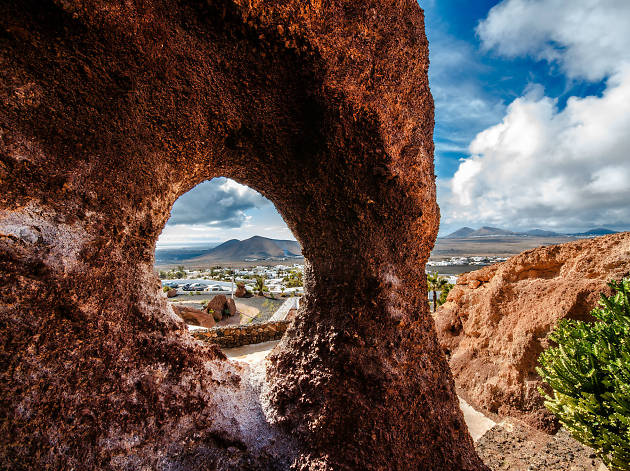 What is it? Found in 1402, Tequise is the oldest settlement in the Canaries, and was Lanzarote’s capital for 450 years, thanks to its elevated position. It’s full of attractive white buildings, squares and palm trees, with a great Sunday market (top buys: local cheese and leather bags).

Why go? It’s a charming place for pottering between craft shops and bars. Nearby in Nazaret, you’ll find Lagomar, another Manrique creation. Explore this home built from lava and caves, and furnished with bits from shipwrecks, and then pop into the stylish museum restaurant. 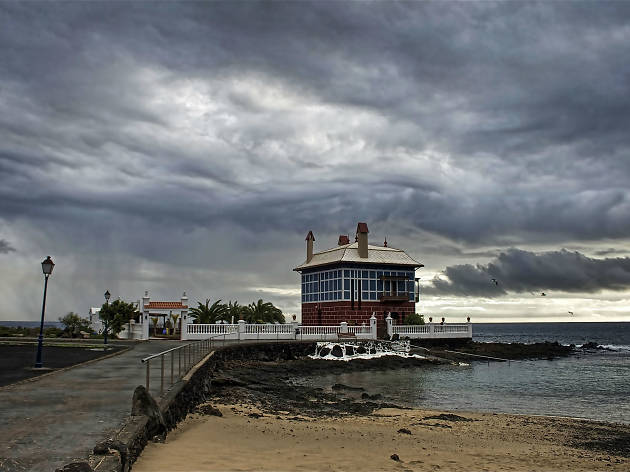 What is it? A small village in the northeast of the island. Here you’ll find unspoilt white beach Playa de La Garita and a harbour where fishing boats bob. There are lovely places to eat a simple, relaxed lunch.

Why go? A surprisingly good place to eat is Marisqueria el Charcon, where the harbour juts out into the sea and there are steps to the water that people fish from. It looks like a bog-standard cheap and cheery caff, with plastic chairs, but does plates of fresh fish and chips that will just make you happy. 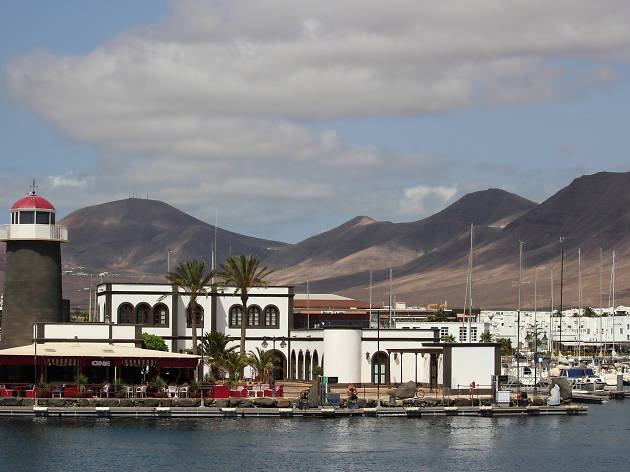 What is it? This busy marina full of yachts and seafront cafes on the edge of the southern town of Puerto del Carmen is hugely popular with tourists, and worth a trip for the duty-free shopping.

Why go? It may verge on being a tad tacky, despite the upmarket stores, but it’s good fun if you need a retail hit but don’t fancy hitting the big city of Arrecife. Stores behind the seafront sell designer clothing, from the likes of Tommy Hilfiger and Lacoste, for bargain prices. 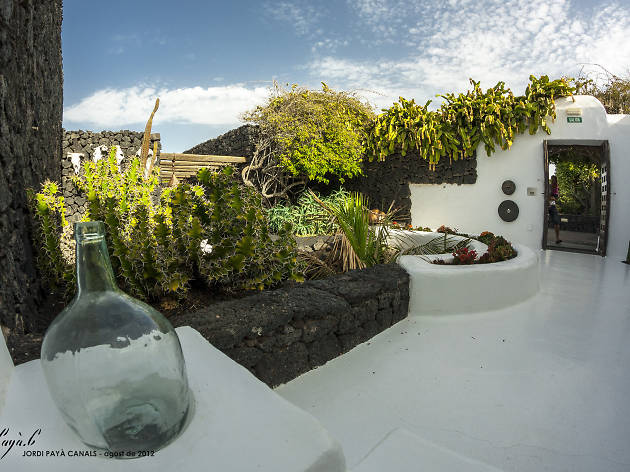 What is it? Manrique’s to-die-for home/studio in Las Palmas, built into an old lava flow, with five underground cavern rooms in natural volcanic bubbles, interconnected with tunnels.

Why go? Unless you’re a millionaire rock star, it’s probably the coolest home you’ll ever step foot in, a blend of volcanic rock, clever architecture and art. Curvy swimming pools set into white terraces surrounded by palms and amazing mid-century furniture are off-set by the bubbly black rock walls.

What is it? A beach beauty. In fact seven. A series of pale yellow stretches on a headland in the far south, separated by lava rock. They’re sheltered, with no scary undertows or currents.

Why go? While other beaches on the island are interesting in their way – Playa del Charco de los Clicos for its black sand, red cliffs and a green lagoon, Playa Chica for its thriving seabeds – this is the go-to spot for soft sand and safe, easy swimming. 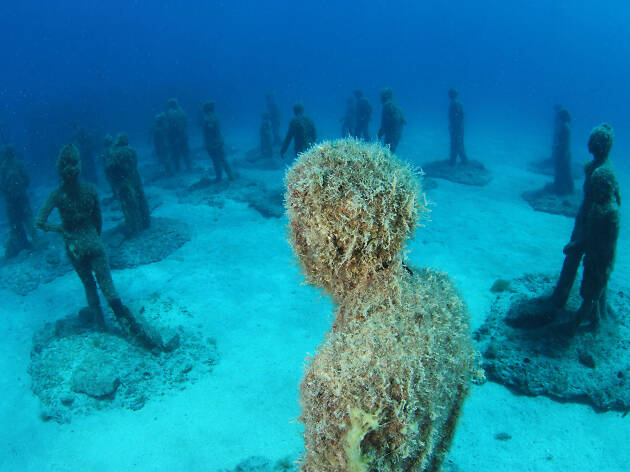 What is it? Europe’s first underwater sculpture museum, in the sea near Marina Rubicon, features cement figures and sculptures by artist Jason deCaires Taylor, which are slowly being colonised by marine life.

Why go? Lanzarote is famous for its scuba diving, but drifting through thought-provoking sculptures 12-metres down is a whole different experience. Look out for the Raft of Lampedusa, showing a dingy full of refugees.