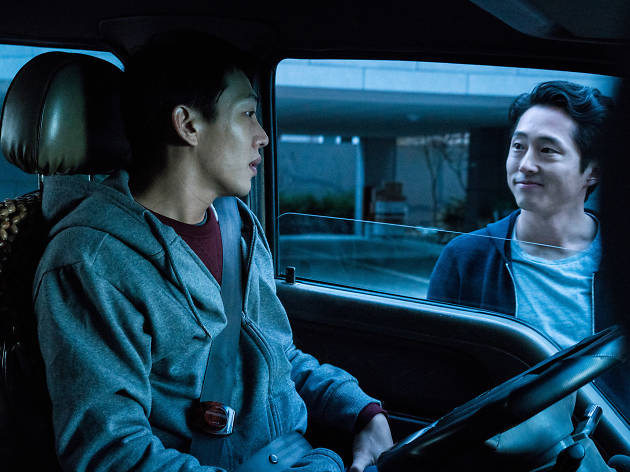 Novelist-turned-writer-director Lee Chang-dong may not be the most prolific filmmaker around—he released his last movie, Poetry, back in 2010—but when he does get to work, the results are usually highly impressive. Burning, his sixth feature, is no exception. Inspired by a short story by Haruki Murakami (which was itself inspired by a story by William Faulkner), it centers on Jong-su (Yoo Ah-in), a farmer’s son-turned-deliveryman who dreams of becoming a writer.

One day in Seoul, he meets Hae-mi (Jeon Jong-seo), an impulsive girl he half-remembers from school. Soon she’s asking him to feed her cat while she travels to Africa; later that night, she's seducing him. So when she asks him to meet her at the airport upon her return, he’s put out to find her in the company of wealthy sophisticate Ben (The Walking Dead’s Steven Yeun), who immediately treats them to a meal. Soon, Jong-su is wondering if they’re more than friends.

It’s just the first mystery in a movie rich in teasing ambiguities and possible lies. When Hae-mi suddenly disappears from Jong-su’s life, he naturally suspects Ben of having something to do with it. Could the handsome hotshot, who during one weed-fueled conversation boasted about his bizarre hobby of burning down greenhouses, have murdered the young woman?

Director Lee’s interest lies not in crime-solving but in exploring Jong-su’s emotional confusion. He pivots against Ben partly out of sexual jealousy, and partly because he inhabits a luxurious Gangnam world the farmboy barely knew existed. Jong-su’s increasing torment allows the filmmaker to touch subtly on the current social, economic and cultural divisions within Korea. Both a slow-burn suspense drama and an intriguing enigma, his film is beautifully executed throughout: The three lead performances are all hypnotic, while Mowg’s jazzy score and Hong Kyung-pyo’s immaculate camerawork fit the shifting moods to perfection.