Movies, Documentary
3 out of 5 stars 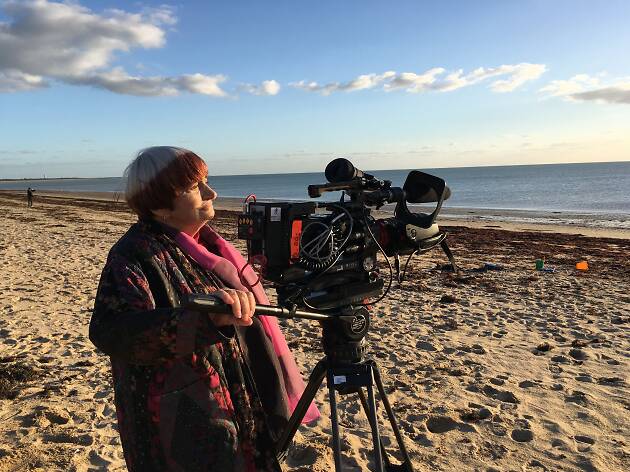 The late documentarian's final work is a literal master class: a filmed lecture during which she rambles enjoyably through her greatest hits.

With a career that spanned the terms of nine French presidents, Agnès Varda charmed, entertained and provoked audiences with her extensive body of work. In this posthumous final release (the iconic filmmaker died in March 2019 death at the age of 90), she looks back over her films, photos and art installations.

“Nothing is trite if you film it with love and empathy,” she says near the beginning of Varda by Agnès, sitting onstage at the Cartier Foundation in Paris. These words echo throughout the two-hour film, which blends past and present talking-heads footage with scenes from Varda’s work as she explains her motivations and creative processes.

Varda discusses highlights such as the experience of making Vagabond with Sandrine Bonnaire, and how the concept of time operates in her most famous work, Cleo from 5 to 7. She also touches briefly on the subject of her husband, Jacques Demy, whose childhood inspired Jacquot de Nantes.

Then she chuckles at the lows. Films like the box-office bomb One Hundred and One Nights, which saw Robert De Niro offering up some very unconvincing French dialogue in his New York honk while boating leisurely on a lake with Catherine Deneuve.

Beaches and coastlines are a favorite subject of Varda’s, as are her cats, which she talks about in the same breath as French rationalism and 17th-century Flemish painters. It may sound highfalutin, but from Varda it’s charming.

Given how much work she’s produced, the doc is dense, becoming a touch repetitive. If anything, Varda by Agnès touches more on craft than what you might typically expect from the lone female voice of the French New Wave. It’s an enjoyable primer for audiences who haven’t seen any of her films, while those more familiar with her work will take great pleasure in listening to her musings. It’s hard to believe she's gone—there's so much life here.