Please remember to observe social distancing and good hygiene habits. Some listed venues/experiences may be closed – be sure to check ahead.

Have a poke through our guide to the must see Adelaide attractions and find things to do across South Australia's bustling capital city. Whether you're looking for views of the city, adrenaline pumping activities or a pleasant stroll through Adelaide's hip neighbourhoods, we've got you covered. Planning on spending the night? Here are the best hotels in Adelaide, or for something a little more affordable, Adelaide's best cheap hotels. 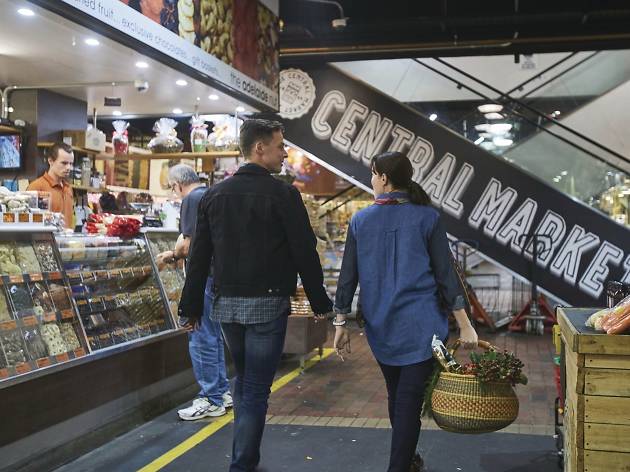 Established in 1869, the Adelaide Central Market is the undisputed jewel in the city's produce crown. One of the largest undercover markets in the southern hemisphere, it has more than 70 traders from over 40 nationalities under the one roof, selling a whopping one million kilograms of fruit and vegetables every month – not to mention meat, cheese, seafood, coffee, spices and smallgoods. You can't go wrong by just walking in and wandering the aisles, but if you want a true taste of ‘The Market’ (as the locals call it), book yourself on a guided tour with a difference from Food Tours Australia. Their EcoCaddy Tour ($145) sees you collected from your CBD hotel in a pedal-powered rickshaw for a 30-minute tour of the city, followed by an interactive gourmet experience of of the Market including lunch, while the Picnic Bikes and City Sights Tour ($95) involves a bike ride around the city followed by a guided tour of the Market, and a picnic under the trees with Market-bought goodies in the nearby Parklands. 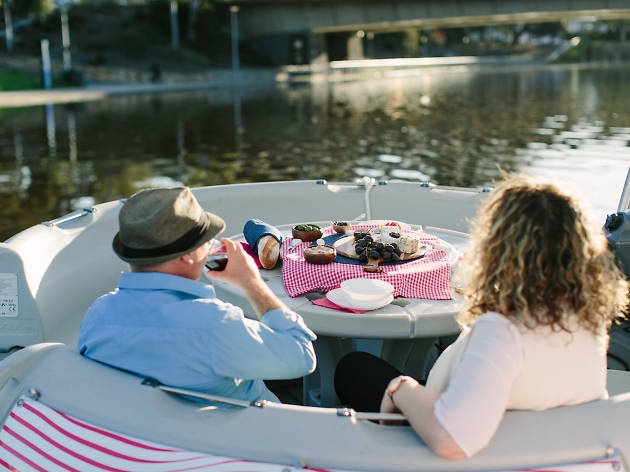 Wander along the edge of the River Torrens in Adelaide's constantly-being-revamped Riverbank precinct and you might spy something strange: a fleet of round, floating vessels with smoke emanating from the middle, manned by people waving tongs. Are they boats? Are they barbecues? Actually they're both, and they're the best idea ever. Yes, the BBQ Buoys (see what they did there?) boats combine the tranquillity of floating along the river with the joy of a sausage sizzle, with each circular boat kitted out with a gas grill in the centre. The boats range from couple sized right up to a ten seater, with hourly rentals starting at $69. BYO food and drink, or choose from a range of local beers, wines and ciders and pre-made ‘grazer platters’ of South Australian meats and other goodies – and yes, vegetarians are looked after too. 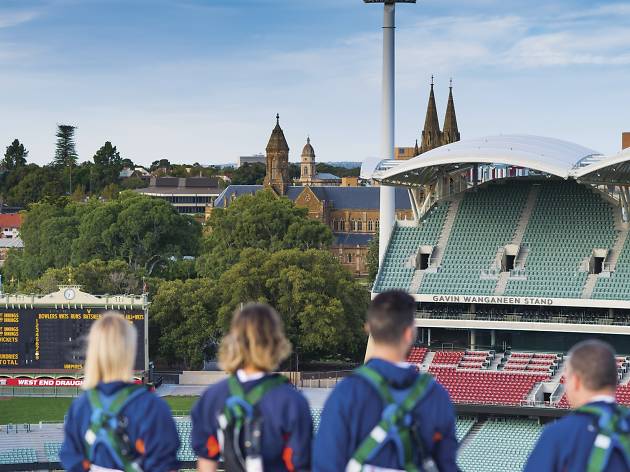 If you're looking for a true VIP experience at the footy or cricket then forget those fancy corporate boxes you're probably not getting invited to anyway – the most exclusive seats at Adelaide Oval are 50m above the field, on the roof. Strap on a safety harness and make the breathtaking climb to the top of the now iconic stadium, where you can take in stunning panoramic views of the city, from the Hills to the coast ($99 for day climbs, $109 for twilight). For a bit extra, get the ‘Game On!’ or ‘Match Day’ packages (from $250), where you can get a bird's eye view of every kick, mark and tackle of a live footy match, or every sixer and wicket of a cricket match, from the world's only rooftop stadium seats. 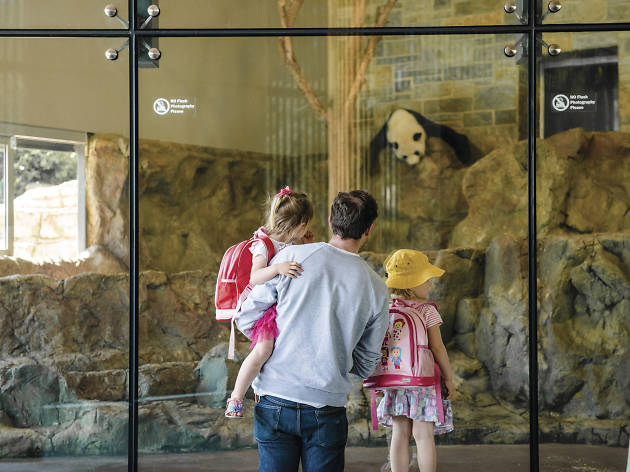 One of Adelaide's favourite family attractions, the Zoo is home to Australia's only giant pandas – Fu Ni and Wang Wang – which, let's face it, is more than enough reason to visit. (Take our word for it, they're seriously cute). But if ogling cuddly, bamboo-eating mammals is a little too tame for you, then check out the ‘animal experiences’ on offer such as hand-feeding the Sumatran tigers and African lions, giving Brutus the Hippo his daily mouth check, or having breakfast with a Sun Bear. Our pick is the Wild Nights package ($350 for two), in which you and a mate can spend a night glamping on site in a comfortable tent before waking up to breakfast with the Zoo's super cute red pandas and a guided tour of Fu Ni and Wang Wang's exhibit. 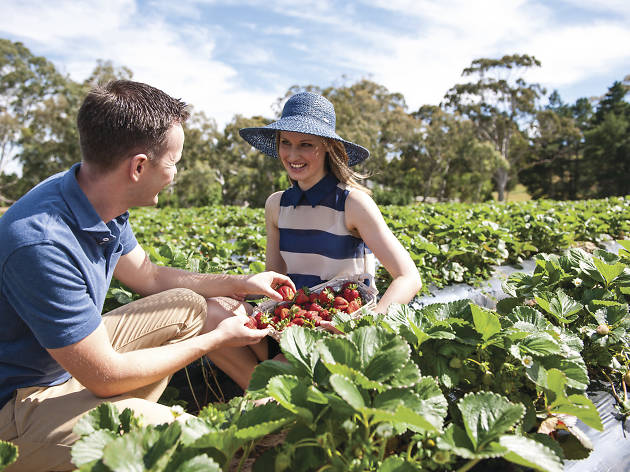 If you've ever eaten breakfast at a fancy hotel or on a Qantas flight you've probably eaten Beerenberg. A South Australian institution, the family-owned company has been making delicious jams at its Adelaide Hills strawberry farm since 1970, and distributing them in cute miniature jars all over the world since the 1980s. Although the brand now makes 75 different preserves its strawberry jam remains the most famous, made fresh from the fruit picked from the farm's strawberry plants in Hahndorf, 30 minutes out of Adelaide (Beerenberg actually means “berry hill” in German). Every year from November to April you can grab a punnet and wander the farm yourself, picking your own fresh berries to take home for just $4 per person and $9.95 per kilo. There's no better way to spend a sunny day than wandering Beerenberg's picturesque strawberry patch, hunting down the perfect luscious berries to eat later. 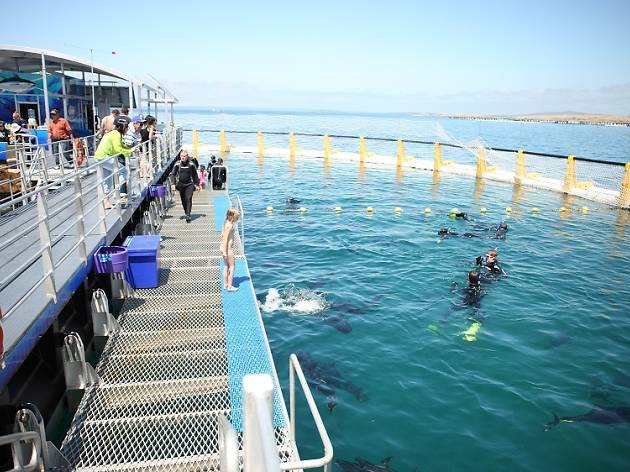 One of Adelaide's newest attractions, having opened in August 2017, this unique marine experience ($85) lets you swim with Southern Bluefin tuna – dubbed ‘the Ferraris of the ocean’ – in a specially designed in-sea aquarium on Granite Island, an hour south of Adelaide. Departing from the busy tourist hub of Victor Harbor, a quick catamaran ride delivers you to the aquarium where you're fitted out with a wetsuit, mask, booties and gloves before diving into the clear, clean waters of Encounter Bay to experience tuna up to 2.5 metres long whooshing past your body with impressive speed. Those who prefer to stay dry can feed the tuna from the surface, or view the sights from the glass-sided underwater viewing area. 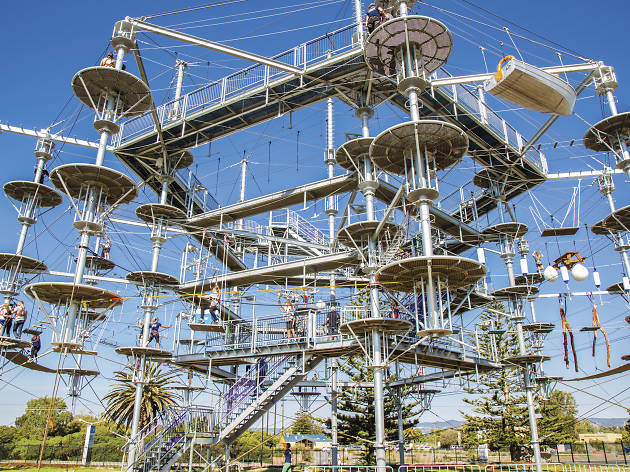 Play tennis in the sky, ride a BMX bike mid-air, or sit at a sky-high picnic table as part of this unique aerial obstacle course – all while enjoying views of Adelaide. The creation of entrepreneur Alex Blyth, who based much of the design on challenges he experienced as part of his training in the British Army, this amazing 26-metre tall playground in West Beach includes more than 70 aerial obstacles in its MegaClimb including suspension bridges, swings, scramble nets and vertical climbs specifically designed for you to get your Spider-man on. Real risk takers can take a leap of faith from the 18-metre tall MegaJump free-fall simulator, while those with less of a daredevil streak can enjoy the views from the tamer Skywalk. Packages cost from $35 to $75. 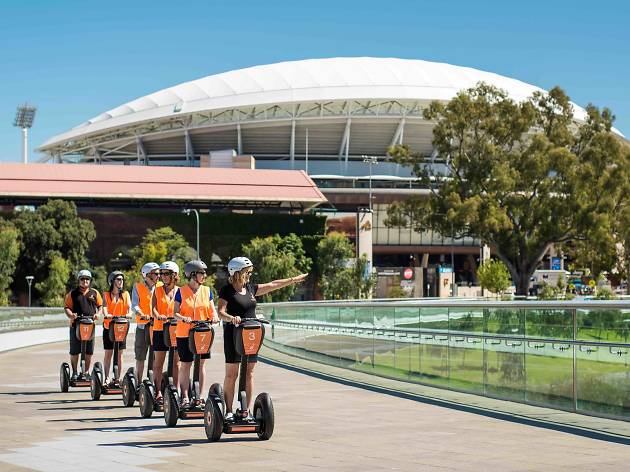 Walking tours are a great way to see a city, but why walk when you can roll? Segway Sensation SA offers small group tours on Segways – two-wheeled electric scooters you control just by leaning. It might sound tricky but it's all pretty intuitive, and all tours include a short training session before you set off. Take the Adelaide Riverbank tour ($99) and roll along a 6km trail by the River Torrens taking in attractions like Adelaide Oval, Adelaide Festival Centre and Adelaide Zoo as you glide past them at up to 15 kilometres an hour. They also offer tours of Seppeltsfield Winery in the Barossa Valley ($99), where you can glide among the grapevines in one of the most picturesque parts of the state. Best save your wine tasting for afterwards, though – you shouldn't sip and Segway. 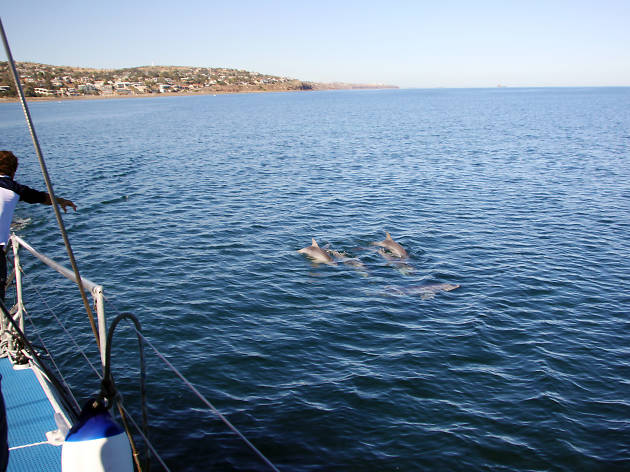 Get up close with the dolphins in the cool waters off Glenelg Beach, just 20 minutes from the CBD. Temptation Sailing's 17m catamaran was the first vessel in South Australia to be granted a license for dolphin swims; as a result the thousand or so common and bottlenose dolphins in the area now actually come to it and are always eager to play. The company even offers a money back guarantee if they don't show up. Cruises last about 3.5 hours, with swimmers potentially getting over an hour of dolphin interaction for $98. Those who don't want to dip their fins can stay on the boat and watch the action for a bit less change ($68). 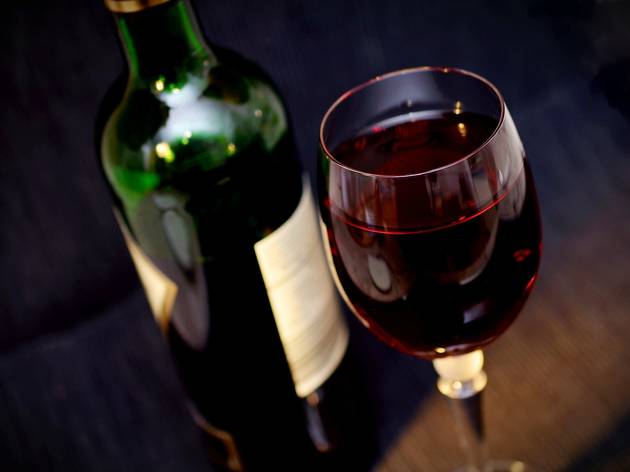 Located near the Adelaide Botanic Gardens, the National Wine Museum opened in 2001 as a combined museum, function centre and wine research institute for the University of Adelaide. Its main drawcard is Australia’s largest wine tasting room, with more than 120 wines to try. An interactive ‘Wine Discovery Journey’ covers the role wine has played in the nation’s history, the place of Australian wine in today's international market, and the secrets of food and wine pairing. The building itself is worth a look and has won several architectural awards; there’s also an on-site vineyard where they grow cabernet sauvignon, merlot, pinot noir, chardonnay, semillon, riesling and shiraz. All up, it’s the perfect introduction to a trip through South Australia’s beautiful winemaking regions.

Need a place to stay? 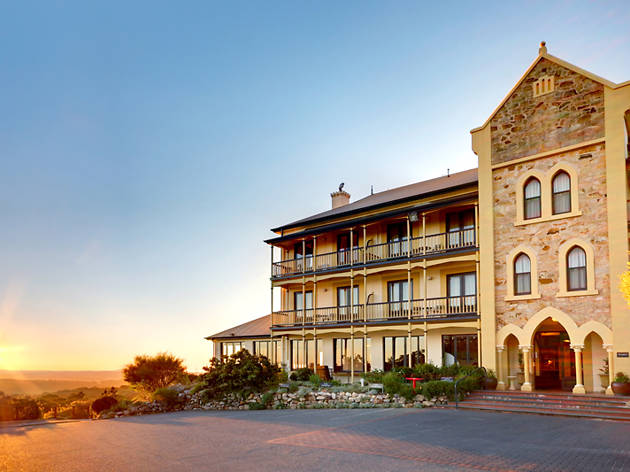 Take your pick of inner city digs or boutique vineyard hotels with our guide to the best hotels in Adelaide.