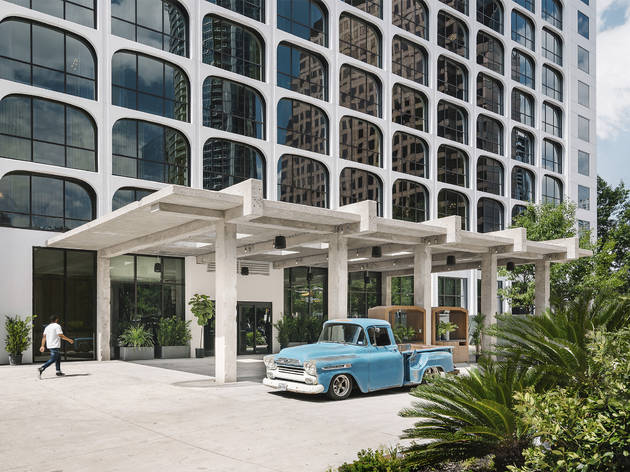 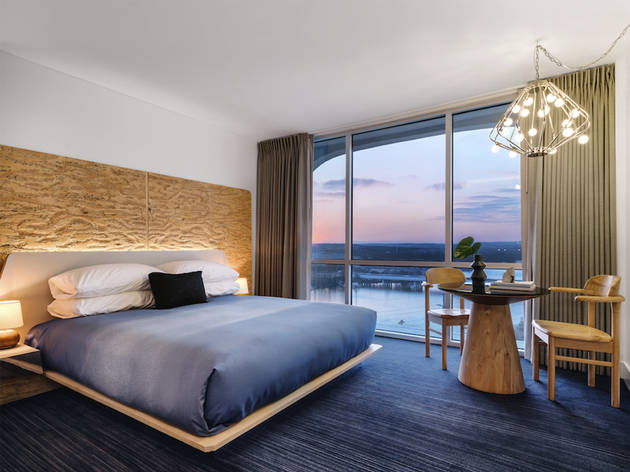 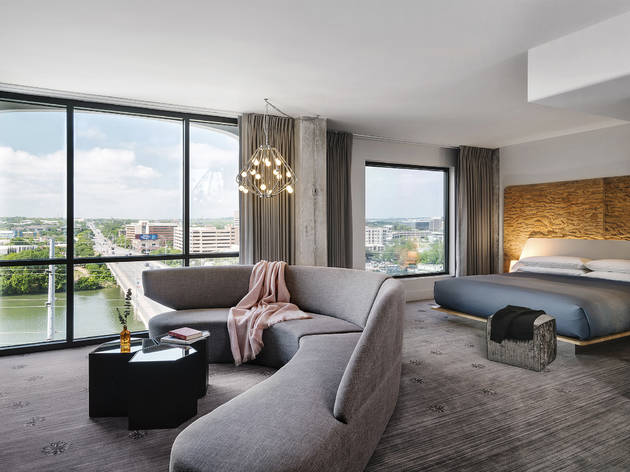 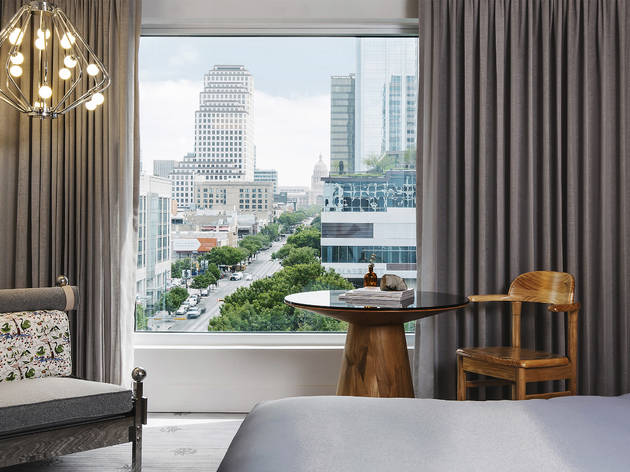 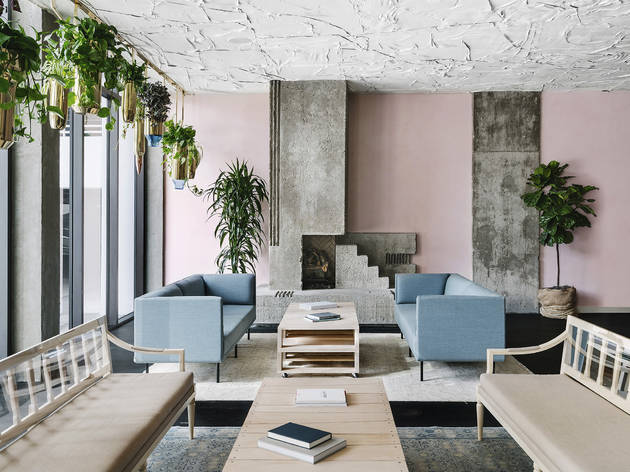 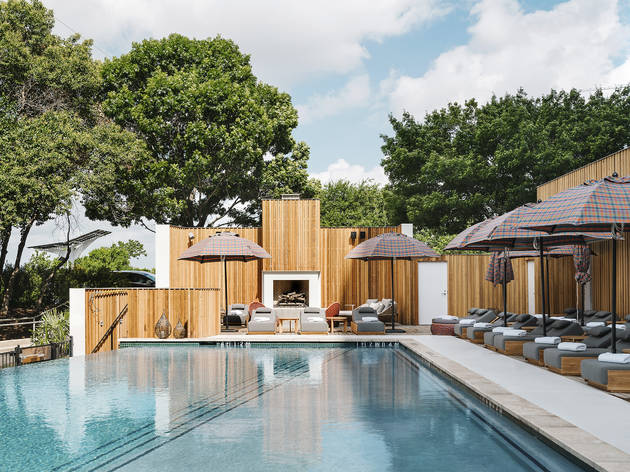 All the style you’d expect from a LINE hotel – perfectly located in the heart of Downtown Austin.

The LINE launched its first hotel in 2014, bringing its uber-stylish, modernist aesthetic to LA’s Koreatown before following up with locations in Washington, DC and Austin. In that short time, the brand has become a go-to for travelers who value great design at a surprisingly affordable price.

The LINE Austin occupies an enormous mid-century property that overlooks Congress Avenue Bridge, making it an ideal spot for watching the city’s bat colony – estimated to be 1.5 million in number – emerge from beneath the bridge in great clouds every night at sunset from mid-March to November. The building itself used to house a jazz club that broadcast live on local radio stations, but that’s long since gone – in its place you’ll find a lobby that feels like a Bond Villain’s underground lair (in the best possible way), a sparkling outdoor infinity pool and a bunch of excellent places to eat and drink, including P6 (go for brunch, order the pastry basket) and Arlo Grey, which is helmed by Top Chef winner Kristen Kish.

The broad windows that cover the building’s exterior walls allow light to spill generously into the LINE’s spacious and comfy rooms, which come with thoughtful touches such as local artwork and vintage books about Texas dotted in, around and on top of the chic furnishings. It’s a theme you’ll notice elsewhere in the hotel too: the first floor hosts a rotating residency program that gives five artists a year space to showcase their art.

Neighborhood:
Downtown Austin is, in many ways, the beating heart of the city. Here, office workers mingle with sightseers who come to explore attractions like the Texas State Capitol building and The Jones Center (part of The Contemporary Austin) before spilling into the restaurants and bars that line Rainey Street and Sixth Street. To recover the morning after, Lady Bird Lake offers space for kayaking and paddleboarding – or, for the less adventurous, a stroll along the Ann and Roy Butler Hike-and-Bike Trail.

Time Out Tip:
Don’t miss the opportunity to grab a taco from Veracruz All Natural’s walk-up window – these are some of the best you’ll find in the city.