In 2013, a quick search for drag in Austin led people to just a handful of gay bars on 4th Street. Fast-forward to our current scene: An alternative drag circuit is flourishing at dive bars and live music venues in the Red River District, the Austin International Drag Festival just completed its third year, and the 512 is regularly repped on RuPaul’s Drag Race. Drag in Austin is moving full speed ahead—and these beautiful, badass performers are behind the wheel.

All photographs by Chad Wadsworth 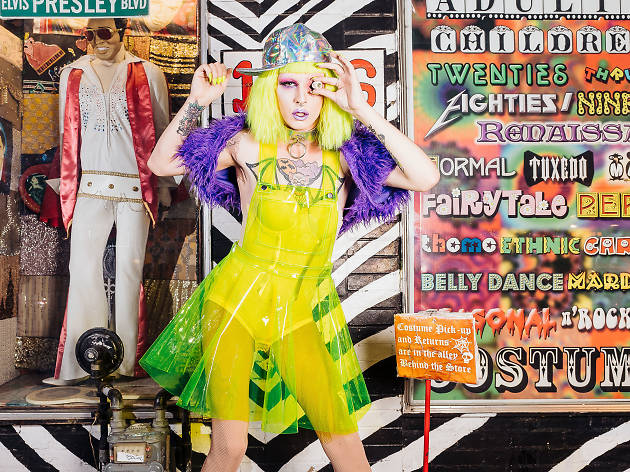 “People think the dressing rooms in drag are catty, but go into a professional wrestling locker room, and it’s 10 times worse.” So what’s a drag queen doing in a wrestling gym? Zane Zena didn’t just trip on her heels and stumble into the ring—she strutted in just fine, thanks. The Cincinnati native moved to Texas in 2009 to attend WWE wrestling school, where she developed a drag persona that quickly attracted queens who wanted to see her throw down. After hanging up her wrestling boots and dedicating herself completely to drag, Zane has become Austin’s preeminent cosplay queen. “I represent the nerds, the freaks and the weird kids,” she says, having recently channeled Harley Quinn, Super Girl and Pennywise the Clown onstage. But she still has that fighting spirit. “In wrestling school, they would say if you’re not nervous before you walk out onstage, stop doing it. I’m nervous every time and I embrace it.”
Where to find her: Zane Zena cohosts Die Felicia at Elysium on the third Thursday of the month and at Barrel O’Fun on the last Sunday of the month. She’s also a cast member of Geeks on Fleek, a monthly cosplay drag show at Elysium on various dates. 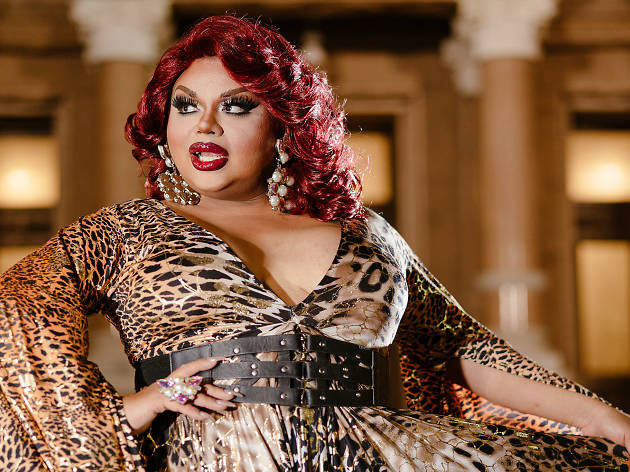 In the already fiercely competitive world of drag, Kelly Kline, a transgender queen, has to face her own set of labels. But the director of multiple weekly drag shows at Oilcan Harry’s has bucked the haters by welcoming everyone at her shows—kings, queens, cisgender performers, you name it. “When I first started allowing anyone to participate, it caused the biggest uproar in the city,” she says. But if you think Kelly gives a shit about others’ opinions, take a seat. “People don’t intimidate me. I intimidate them,” she asserts. “I don’t attack; I educate people on the microphone.” Kelly is Austin’s first LGBTQ commissioner appointed by the city and an advocate for both transgender rights and the HIV community, raising funds for AIDS Walk Austin and starting every show she emcees by encouraging attendees to get tested. In a city where alternative drag is steadily growing, she embraces her pageant background, wearing form-fitting outfits and statement jewelry during her larger-than-life shows. “People describe me as seductive, glamorous and over the top,” she says. “The moment I put makeup on, I feel like it’s the real me.”
Where to find her: Kelly Kline hosts Drag Survivor on Wednesdays and Super Sundays Diva Show on Sundays at Oilcan Harry’s. 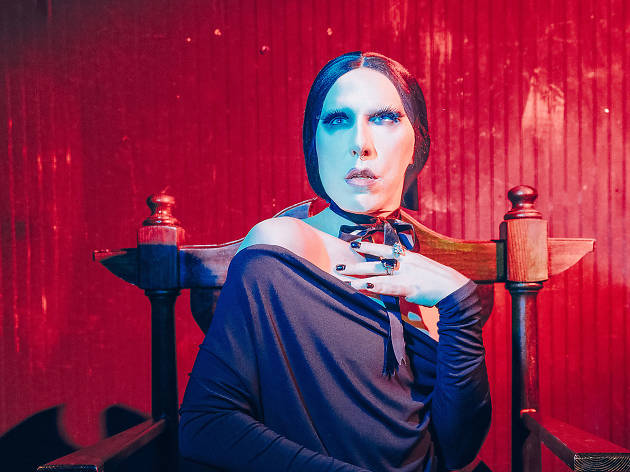 The first time this noir goddess appeared onstage in drag, she swore she’d never do it again. “I performed to an electronic track by Pharmakon called ‘Crawling on Bruised Knees,’ ” she recalls of her act in October 2013, citing the unsettling, way-out-there electro-noise act. She set a bible on fire, vomited fake blood and hated every second of it. But at a second show two months later, something clicked—and the self-described type-A Capricorn hasn’t taken a month off since then. Evoking a twisted mash-up of terror, sadness and horniness with her vampy acts, she regularly performs as part of the PooPoo Platter crew (an alternative drag troupe) and at Die Felicia, a show she founded with drag sister Zane Zena. Sometimes she plays the theremin onstage, sometimes she dumps two gallons of glitter from the ceiling—but she’s always evolving. “You have to up your own ante,” says Louisianna, who, at NYC’s Bushwig Drag Festival in September, stuck a cross between her ass cheeks as part of her act. “But you have to do it because you want to do it, because you have to do it. And I have to do drag. It’s my favorite thing in the world.”
Where to find her: Louisianna Purchase performs at PooPoo Platter shows, including Hail Yasss! (usually the second Friday of every month) at Elysium. She also cohosts Die Felicia at  Elysium on the third Thursday of the month and at Barrel O’ Fun on the last Sunday of the month. 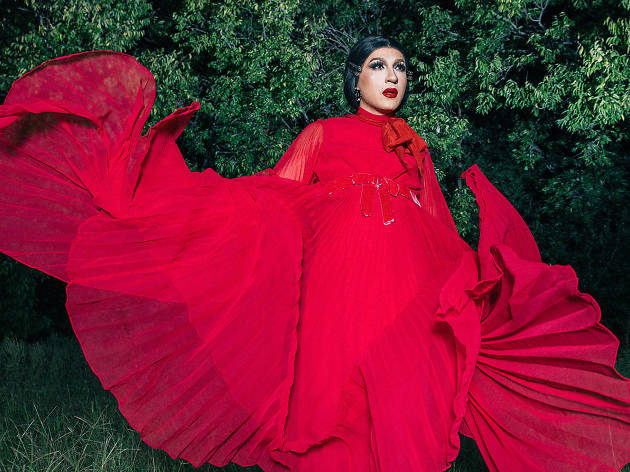 Watching Ruby perform is like stepping into a music video where all the cool girls reign. “I’m inspired by powerful female vocalists—Robyn, M.I.A., Kimbra,” she says. The Austin native first dipped her toes into drag while attending the San Francisco Art Institute, a place where she felt open to experimenting with makeup and trying on new personae. After moving back to Austin in 2014, she hit the drag circuit for exposure and was quickly embraced by the community. “Drag in Austin is on the brink of something,” she says. “Texas drag is steeped in a rich history of pageantry—which isn’t bad, but there were times when I felt like alternative drag was not as celebrated. Now it’s starting to sink into pop culture and be celebrated outside of gay spaces.” Ruby has dreams beyond 4th Street or the Red River District, though. The professional makeup artist wants to represent a makeup brand as a drag queen, à la Miss Fame. NARS, are you listening?
Where to find her: Ruby Knight performs at various shows once or twice a month, usually at Cheer Up Charlie’s or Elysium.