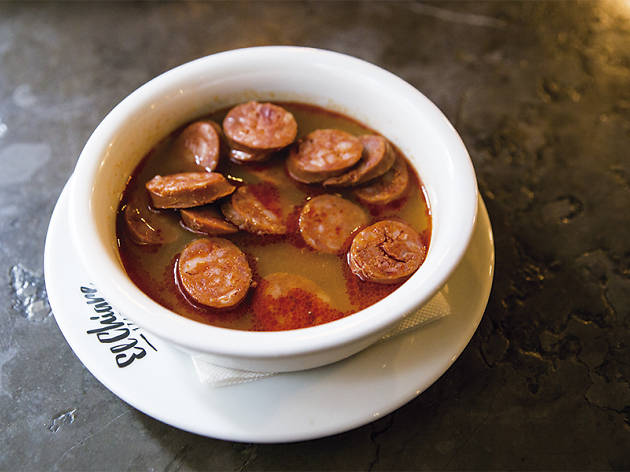 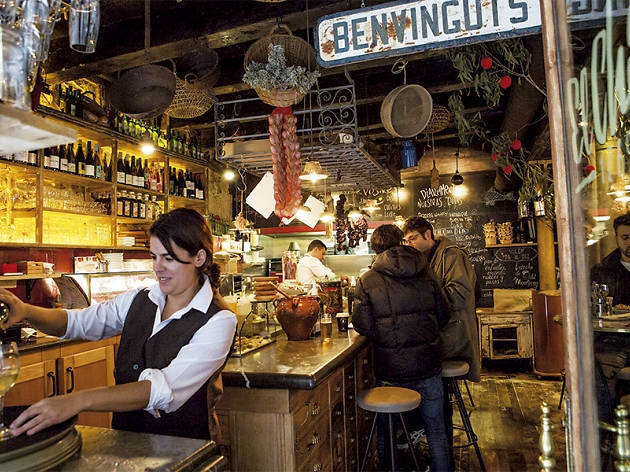 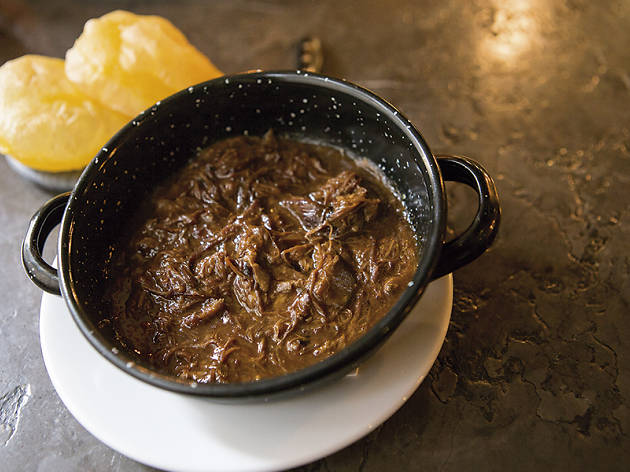 Now that 'populism' is the biggest insult you can hurl, let's try to remember it's also got a positive meaning: power, for the people. El Chigre is a cider bar in Asturias whose name means 'cider bar' in its most basic definition. El Chigre is also the name of the bar in Barcelona opened by Asturian chef Fran Heras. It's straightforward and simple place with the duality of cider and vermouth, and a cross between  Asturias and Catalonia. And Heras wants to be both popular and populist.

The fusion he's dreamt up to offer here is so simple that it's practically revolutionary: 'To mix Asturian products with Catalan cuisine and vice versa.' Heras understands Spanish cuisine and regional variations, and how more than one type can be combined. 'We only have Catalan and Asturian products. My mother asked me for a Rioja wine and I told her I didn't know what she was talking about,' he says with a laugh. Under the same roof you'll find chorizo ​​– organic and from Catalonia – and terrific cider from Asturias. Or 'tigres' you don't have to work to enjoy, as these traditionally the very Asturian battered mussels are prepared without the shell.

For Heras the connection between the two lands is the union of food and... unions. 'The first strike during the Franco era was in Asturias, and then came the Catalans – two fighting people with ties to each other.' He clarifies, however, that in his 'chigre' he definitely wants to bring together the working class and the middle class, people who live nearby and visitors to Barcelona. Don't forget this is a bar equipped with beer taps as well as barrels of vermouth – and a charcoal grill!

The interior is an impressive and warm DIY effort that you'll find in the bottom floor of what was a house built in 1769 (and still has the original wooden arches), standing in front of the Santa Maria del Mar church. The excellent interior design by Eva Arbonés brings together historic touches with modern good taste: the floor from a school in Lleida, the counter out of a bookshop, and hands are washed in real baptismal fonts – both at the bar and in the toilets. I give a layman's genuflection before the stone, the wood and the drinks. Who wouldn't with these prices for the people: home-made vermouth for €1 and small draught beers at €1.50; 'empedrado' (a dish with green beans and smoked cod) for €9.50; 'escalivada' with smoked sardines for €8); 'capipota' with Asturian tripe for €12. And spend a bit more for a veal entrecote (300 g, €24) or market price fish of the day.