If you're passionate about cinema, these are the five yearly film events held in and around Barcelona that you can't afford to pass up

You’re not likely to find starlets teetering along a red carpet in Barcelona, dressed in designer labels, and surrounded by droves of paparazzi and journalists. If you’re looking for that, you’re better off heading north, to San Sebastián, or maybe south, to the film festival in Málaga. But if what you’re after are good, quality films, you needn’t go anywhere else. Feast your eyes on our list of the best of the local film festivals. These are five annual events you won’t want to miss.

Sitges Film Festival
It’s not Sundance or Venice, but locals are justifiably proud of hosting one of the freakiest film festivals ever organised, held every October in the lovely beach town of Sitges, only 30 minutes away from Barcelona. This the place where the best (and, let’s face it, the worst) horror and fantasy movies are premiered, where you can spend the whole night in a non-stop marathon of B-movies or even take part in the famous Zombie Walk, a ghoulish parade of the living dead who take over the streets for a night. If you want to go unnoticed, be sure to wear the scariest mask.

D'A Festival Internacional
You can’t go on expecting that all those films screened in Cannes will eventually be shown in cinemas for just anybody to enjoy them. Luckily, you have the chance to see all of them during this ten-day festival offering a great panorama of the best contemporary auteur cinema. It only started in April 2011, but despite being the youngest entry in our top five, it’s already considered one of the best local film fests.

In-Edit
If you’re a music fan and a film buff, take a look at In-Edit’s programme. This festival is dedicated to only one genre: the music documentary. But lest you confuse specificity with superficiality, know that it's premiered stunning films like 'Searching for Sugar Man' and 'Twenty Feet from Stardom'. It might be thanks to its one-track mind that In-Edit is Barcelona’s most successful festival. The 14th edition opens on October 27, 2016.

Mostra de Cine de Dones
Nowadays it’s not unusual to see a woman shooting a film, and in Catalonia, there’s a whole new generation of women in film-making such as Mar Coll and Neus Ballús. But we can tell you that 25 years ago it certainly wasn’t the norm. That’s when this festival was born, to reclaim the forgotten work of the film industry’s female pioneers. With a main event in June and other activities running throughout the year, it aims to show the best films made by women from around the world.

L’Alternativa
This festival is paradise for real cinephiles, and highly regarded by those who try to avoid the mainstream at any price and want more challenging experiences at the movies. In November (the dates for 2016 are Nov 14-20), at the Centre de Cultura Contemporània de Barcelona (CCCB), L’Alternativa brings you all those independent and experimental films that wouldn’t fit anywhere else. It’s a whole new world waiting to be explored. 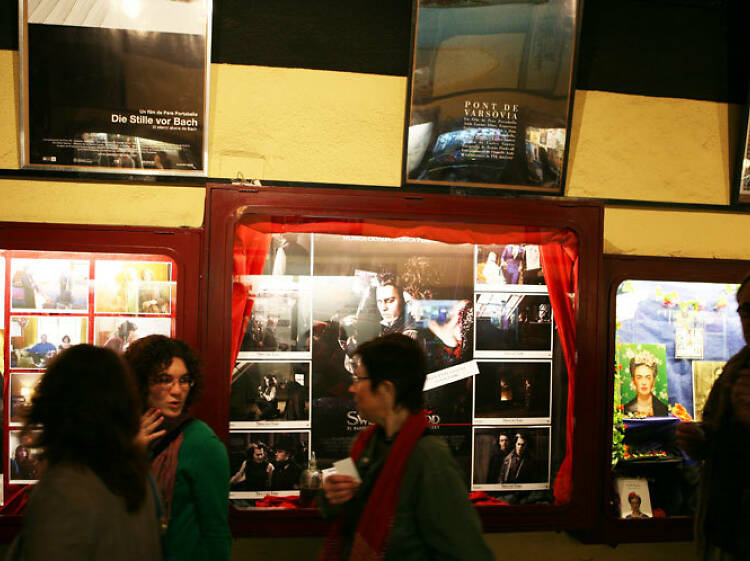 The five-screen Verdi and Verdi Park, its four-screen annexe on the next street, have transformed this part of Gràcia with a diverse programme of independent, mainly European and Asian cinema. At peak times, chaos reigns; arrive early and make sure you don't confuse the line to enter for the line to buy tickets. 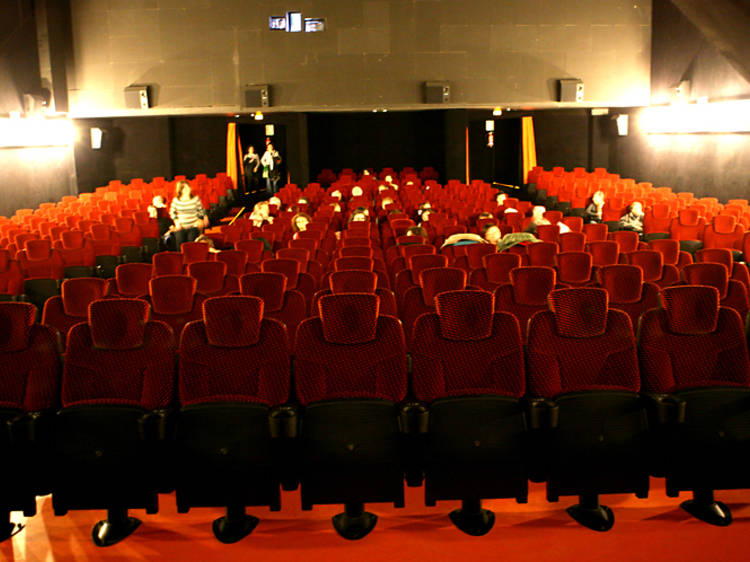 The little brother of the Verdi, this four-screen annex on the next street has smaller screens but the same solid art-house programming. 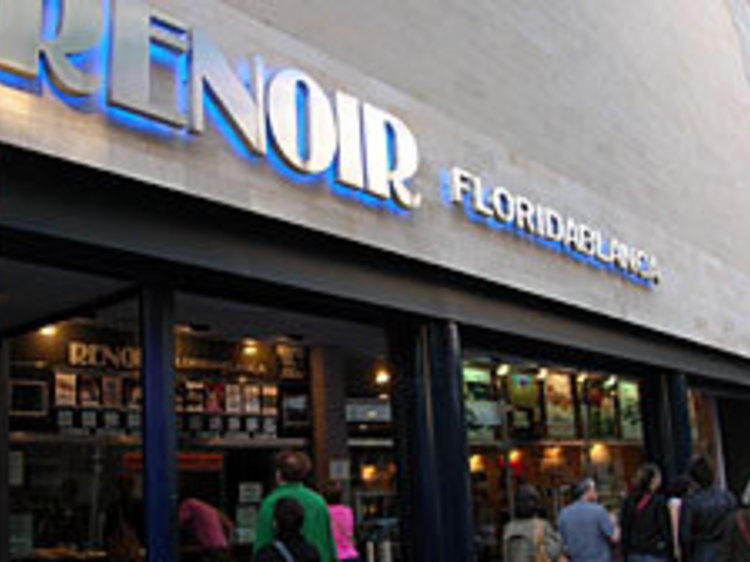 Renoir Floridablanca screens up to ten independent American, British and Spanish films (and occasionally some from other countries) in their original language every day. Though programming tends towards the higher-end, you’ll still find the odd Hollywood blockbuster. 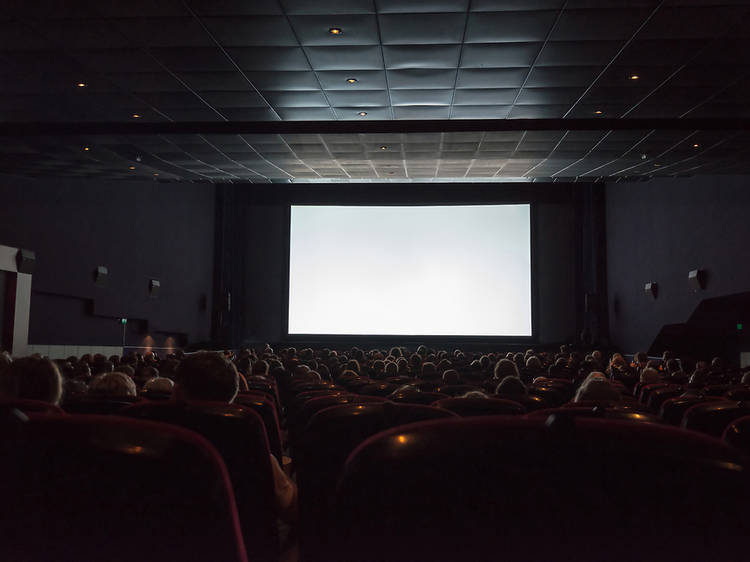 This vast multiplex has all the atmosphere of the near-empty mall that surrounds it. But what it lacks in charm, it makes up for in choice, with 15 screens offering blockbusters plus mainstream foreign and Spanish releases.  At the weekend they usually have numbered seating, so it’s worth booking your tickets online 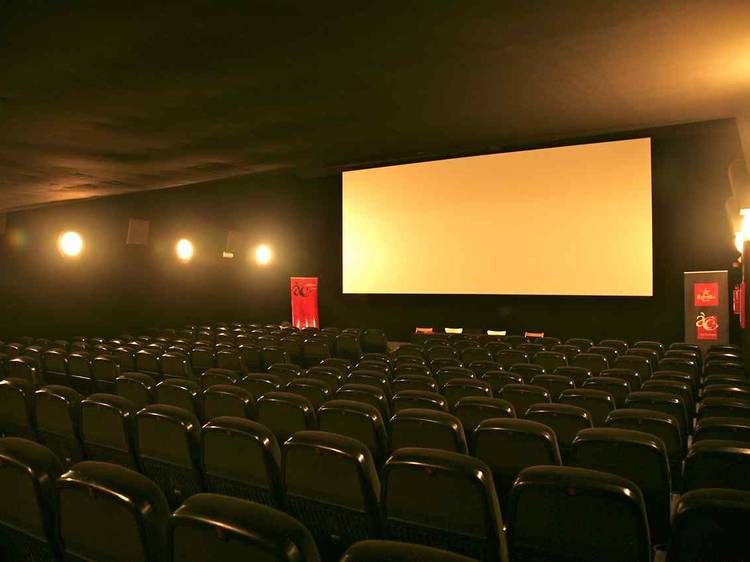 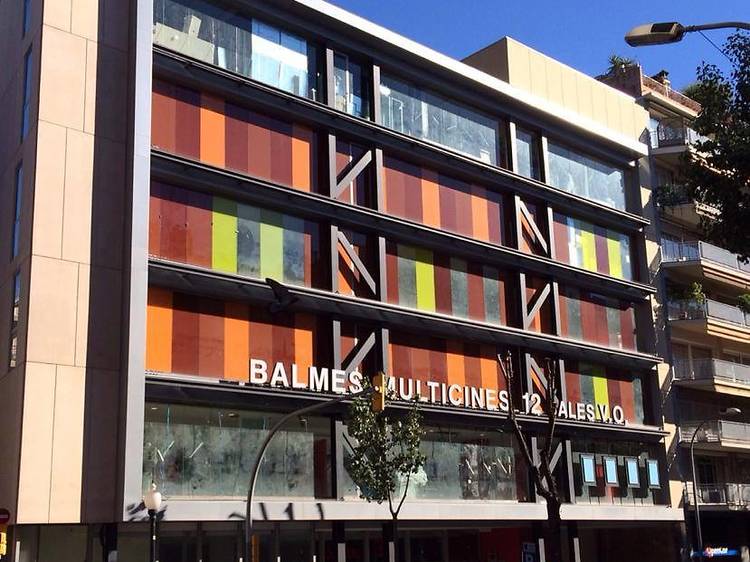 One of the most recent additions to the original-language landscape, this is a 12-screen, state-of-the-art cinema with big comfortable seats and stadium seating that guarantees a good view. Tickets will usually set you back €9, but on Wednesdays the price is cut to €4.90. 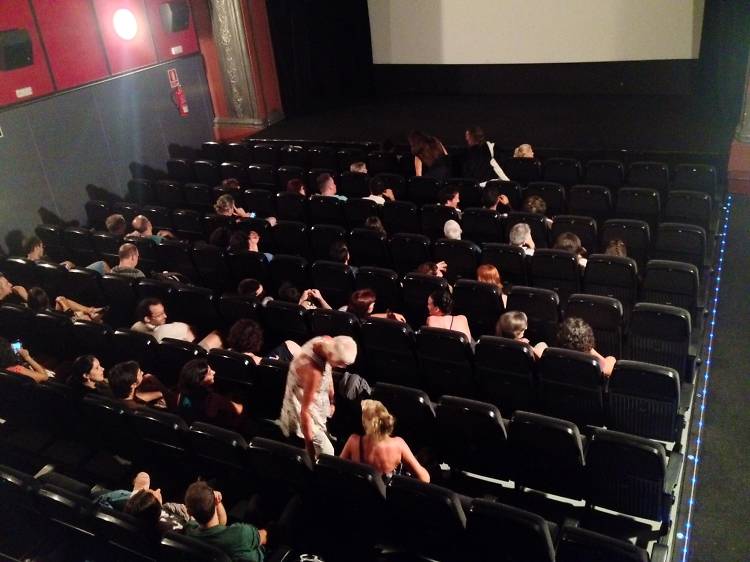 Centrally located in the Gothic Quarter, this small cinema has come up with a novel way of getting bums on seats – when you buy your ticket, it gives you access to the cinema for that whole day, so you can see up to seven films for the price of one. Rates vary according to the day, from €4.50 on Wednesdays to €9 on weekends and public holidays. 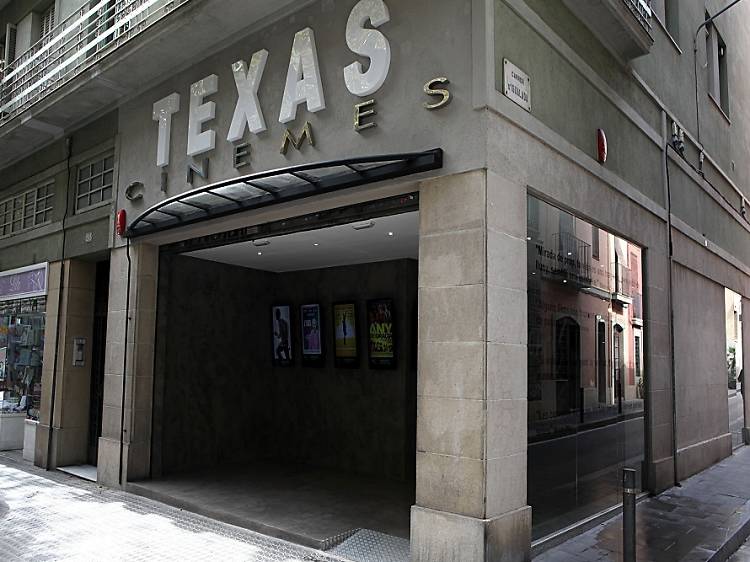 This cinema in Gràcia has four screens and shows a variety of films. The big draw for the locals is the subtitles are in Catalan. The big draw for everyone else is the films are in their original language, and some Catalan films even have English subtitles. And everyone is happy about the low price of €2 or €3. This is likely due to the films showing here slightly later than their premiere release date. 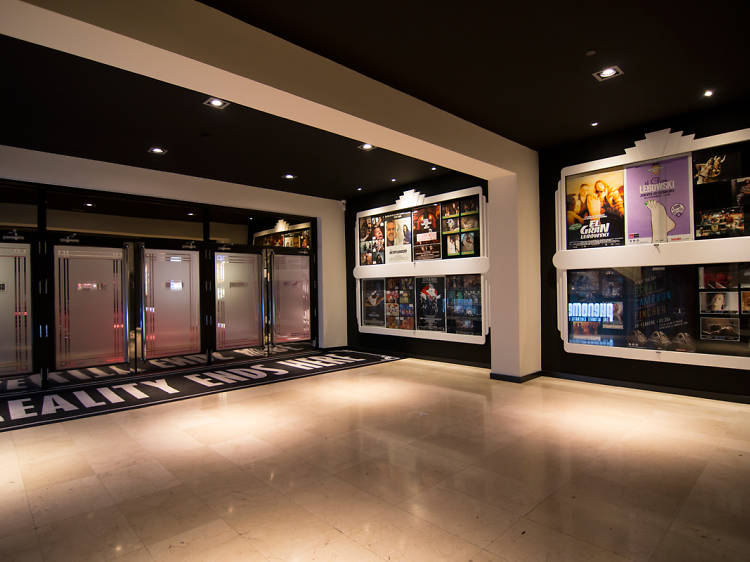 Just metres from the modernista Sant Pau Art Nouveau Site, until December 2014, Phenomena was an itinerant undertaking, screening its repertoire of classic hits and dedicated cycles in different venues around town. However, such was the success of initiatives such as 'Jaws'–'Alien' double sessions, that organisers decided to move into a permanent home, taking over the closed-down Nápols cinema. 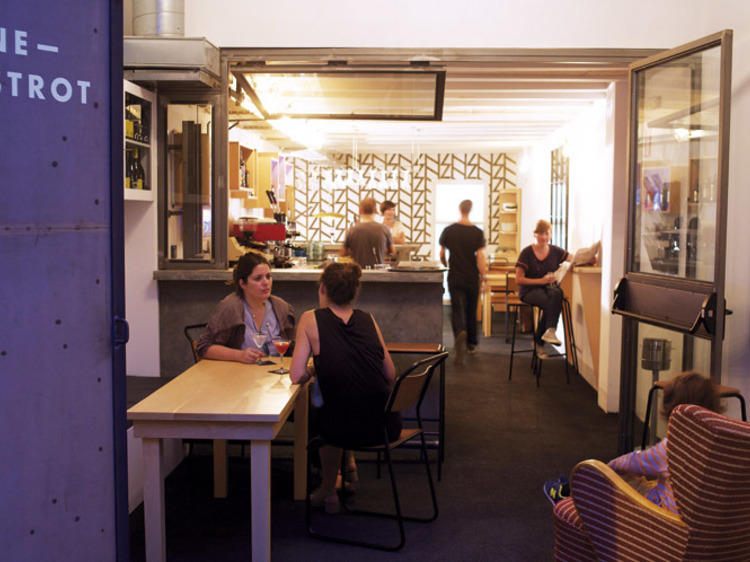 Esteban Bernatas hears ‘You’re crazy’ a lot. That’s what people say when he talks about his project: Cine-Zumzeig Bistro, a cinema and above-average bar-restaurant in Sants. Is there anything more noble than trying to help small independent productions find an audience? 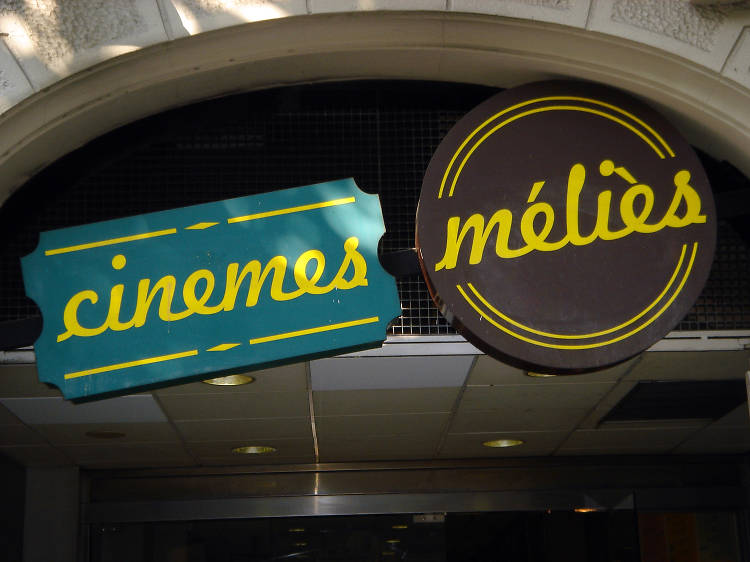 This small, two-screen venue is the nearest that Barcelona comes to an art-house cinema, with an idiosyncratic roster of accessible classics (think Wilder, Antonioni and Hitchcock) alongside more recent films that aren’t quite commercial enough for general release. 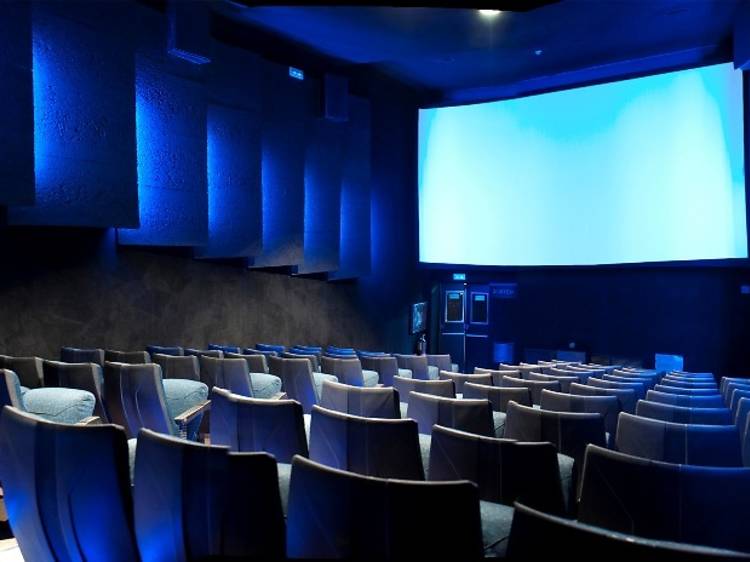 Opened in 25-year-old renovated movie houses in 2010 with the mission of becoming a multicultural space, Cinemes Girona screens European and international films, holds festivals and live cultural events, and offers movies for children and young people. 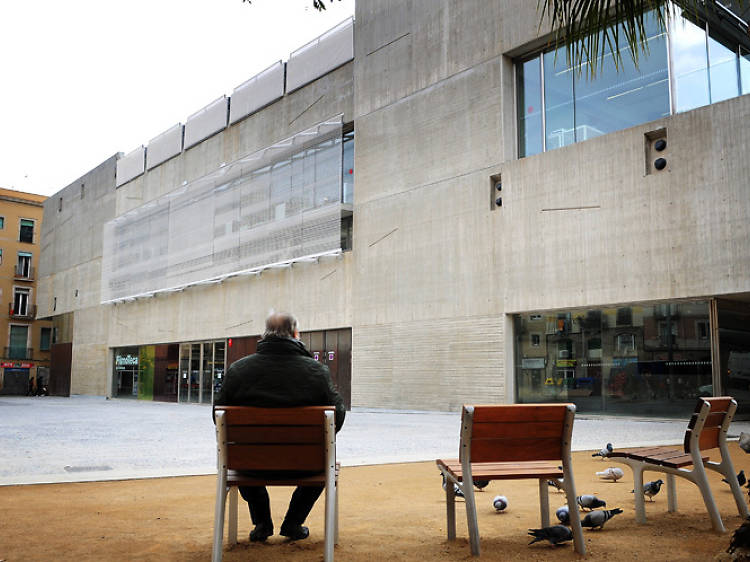 The government-funded Filmoteca is a little dry for some tastes, offering comprehensive seasons of cinema’s more recondite auteurs alongside better-known classics. Overlapping cycles last two or three weeks, with each film screened at least twice at different times. Books of 10 and 50 tickets bring down the price per film to a negligible amount, while there is also an excellent library of film-related books, videos and magazines. 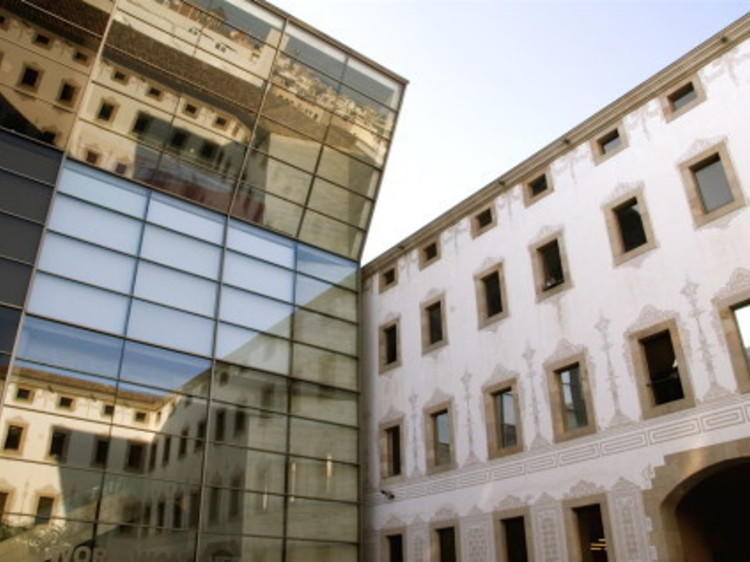 The aim of Xcentric is to promote greater awareness of experimental and documentary film, and those videographic projects that seek to challenge the medium in new ways. It also holds special tributes to little-known or forgotten film-makers.