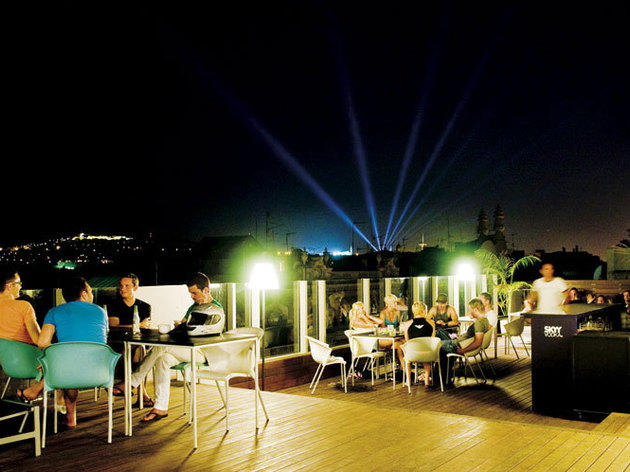 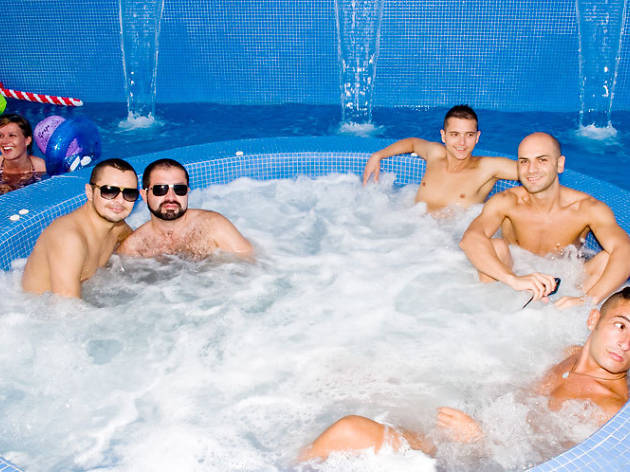 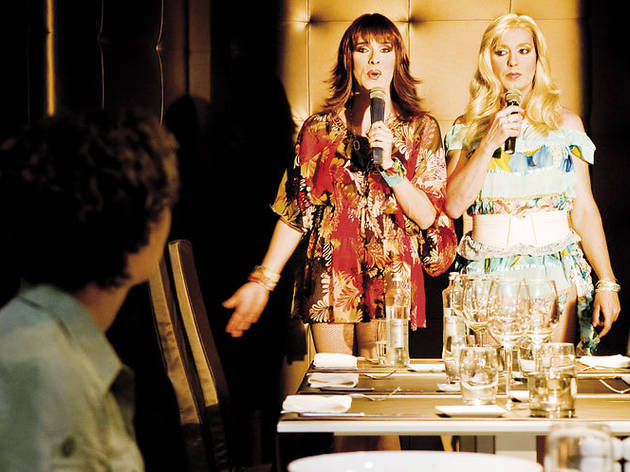 A design hotel that’s popular with cosmopolitan, image-conscious party people. The Axel’s main clientele is the gay crowd but it’s also hetero-friendly. And not only is the hotel a great place to hang out - thanks to the rooftop pool, hot tub and chill-out area, a large spa, and Peruvian-Japanese fusion restaurant - many of Barcelona’s key sights are just a short walk away.

This seductive hotel brings together style, design and a range of inviting services. Based in a 19th-century building typical to the local area, the Axel Group has created a four-star accommodation that while principally aimed at gay travellers is also completely hetero-friendly. A lot of effort has gone into creating a hotel that will provide guests with a memorable stay. Rooms are comfortable (eg, a choice of four different kinds of pillows is available) and elegant in calming neutral tones. King-size beds come as standard, as does erotic artwork. Some of the superior rooms offer views of the city or galleries with stained-glass windows, while the four suites on the upper floors have private terraces and extra technological features. An extensive spa is located on the lower ground floor, offering massages, fitness machines, a thermal circuit and personal trainers in a gorgeously designed space. At the top of the building you’ll find the Sky Bar, pool and open-air Jacuzzi; relax during the day by the water, and at night chill out with cocktails. For lunch and supper, head to the hotel’s restaurant Nikkei 103, which serves tempting Peruvian-Japanese fusion dishes. And if you’re in the mood to party, the Axel hosts regular club nights and live music performances.

Location: It’s within walking distance of iconic hubs such as Plaça Catalunya, La Rambla and Passeig de Gràcia, and is in the heart of the Gayxample, Barcelona’s most established gay-friendly neighbourhood. Quality shops, restaurants and bars are close by, along with cultural hotspots such as the Fundació Tàpies and Casa Batlló.

Cinc Sentits: The late Nora Ephron was a big fan of this restaurant, whose name means 'Five Senses'. A Michelin-starred eatery, this is a worthy place for sampling local produce prepared using imagination and flair.

Cosmo: A Scandi-style café with bikes on the wall, wooden furniture and a lot of colourful artwork. Popular with the local hipster crowd, you can linger over creative sandwiches, coffees and cakes during the day, plus a selection of local beers and simple cocktails later on.

Miss Sushi: If you’re in the mood for Japanese, head to this restaurant and take-away spot just up the street from the hotel. Ignore the extensive use of pink in the design and tuck into fresh, delicious sushi.

Mont Bar: Elegant tapas bar that specialises in creative cuisine. It’s not large but they pack a lot of quality into their 30m2 or so. Try the tasting menu for a great sense of the products and ideas that are the cornerstone of Mont Bar.

Good for: Couples of any persuasion who like to be at the centre of what’s going on, and want their hotels to have top-notch services such as a spa, rooftop bar and regular party nights. Note that under-17s are not allowed to stay there.

Time Out tip: Indulge in a retail therapy session by browsing the small, independent shops along the stretch of Consell de Cent between Aribau and Casanova streets.