When it's time to celebrate Barcelona's patron saint, La Mercè, there's no messing around with the music. Once again the programme is an eclectic one – pop, rock, electronica, world music, jazz, classical – where you can see well-known acts as well as make some new discoveries, and all of it is top quality. This is our selection of must-see concerts during the programme of the BAM festival (Barcelona Acció Musical, which is more than 20 years old) and the musical portion of the Mercè itself. 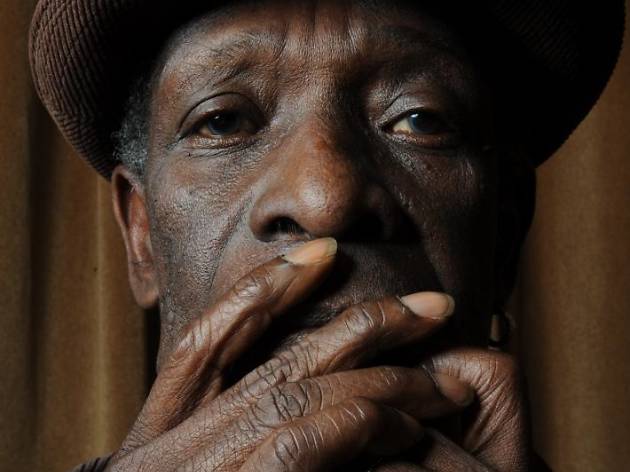 Tony Allen (11.50pm), musical director of Fela Kuti's Africa 70 band, was the creator in the '70s (with Kuti) of Afrobeat, the exciting mix of jazz, soul and highlife with polyrhythms taken from the Yoruba musical tradition. He's also the favourite drummer of Damon Albarn (Blur), who brought him on board for the supergroups The Good, The Bad & The Queen, and Rocket Juice & the Moon, and who sings on 'Go Back' on 'Film of Life' (2014), the tenth album that the Nigerian has produced in a 50-year-long career. And Albarn has impeccable taste: self-taught Allen learnt to play by listening to records from iconic jazz drummers such as Art Blakey and Max Roach, and some say that this man from Lagos might be the best drummer in the world. The same concert will feature the Catalan post-rock electronic duo The Suicide of Western Culture (1.40am), while there'll be a back to back from Pau Roca and Sau Poler (2.40am), two of the most interesting Catalan electronic producers currently on the scene. 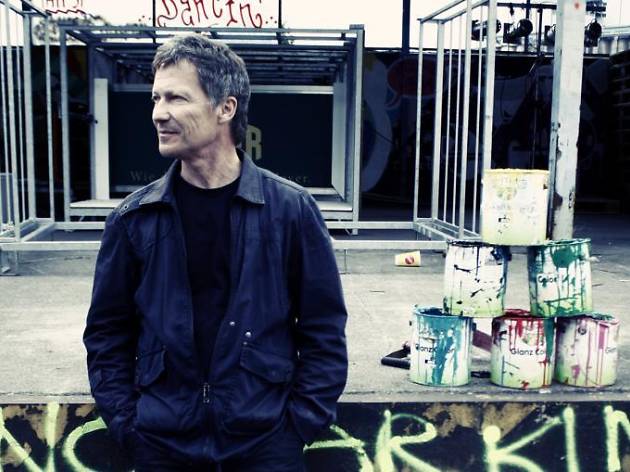 Many writers have the bad habit of overusing and abusing the adjective 'legendary', so it's become hyperbole, rarely actually having anything to do with the name that accompanies it. However, when it comes to Michael Rother (8.30pm), we reckon it's one of those few and far between times the word is actually the right one. A hero of the influential German experimental rock scene of the '70s – the often-invoked krautrock – Rother joined Kraftwerk as Musik Arbeiter (literally 'musical worker') before leaving to form first NEU!, with who he recorded three iconic albums that feature some of the hymns of Kosmische Musik, and later Harmonia, with Hans-Joachim Roedelius and Dieter Moebius (Cluster). It's his work with these later two seminal groups that will feature in his Mercè concert. Opening the night's entertainment is Miquel Serra (7pm). 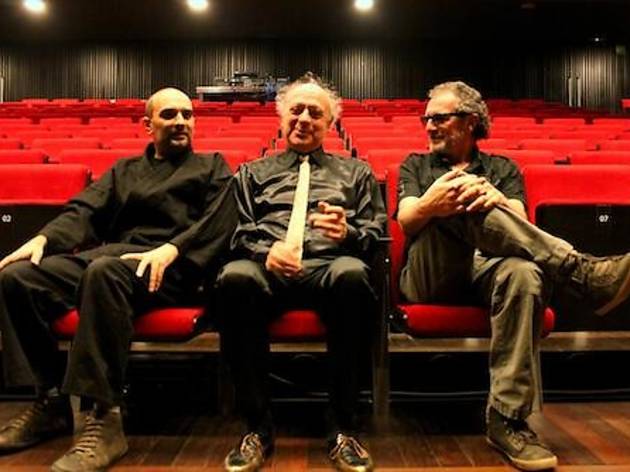 Catalan musician El Petit de Cal Eril (10.30pm) performs his songs in a new format, accompanied by a quartet with a taste for the improvisation allowed by the pop style, and a big band. And not just any big band, either, but Free Spirits Big Band, made up of 16 musicians led by David Mengual, bassist, composer and one of the most outstanding creatives on the Catalan jazz scene. This ensemble has already played together and it's excellent. What's more, it will be the last chance to see El Petit de Cal Eril play live for a while, as Joan Pons (the musician's given name) is taking time out from the stage to work on his next album, which, if everything goes to plan, will be out at the start of 2016, according to Pons. The rest of the evening's line-up includes the Col·lectiu Eternity (12.30am), a supergroup formed by Catalan musicians Jaume Sisa, Quimi Portet and Joan Miquel Oliver, who will play songs from each of their respective solo careers. 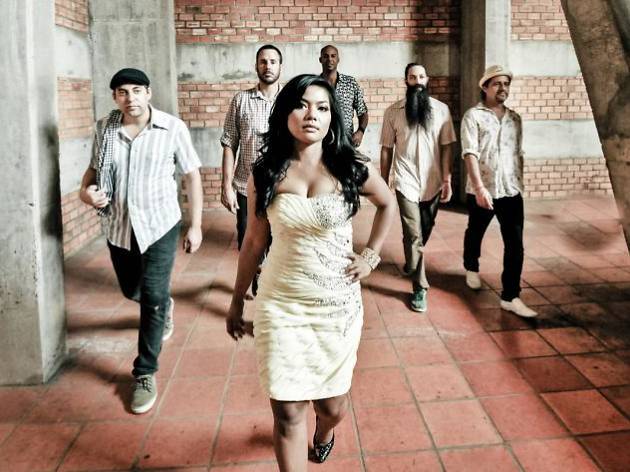 It was back in the '90s when keyboard player Ethan Holtzman returned to Los Angeles after travelling around south-east Asia for six months, carrying a suitcase full of cassettes of vintage Cambodian rock – a mix of khmer pop, psychodelia and surf that bloomed on the banks of the Mekong in the '60s. Two decades later and the group he formed as the result of that musical discovery, led by singer Chhom Nimol – who he met in a Cambodian club in the Californian city – has this year released 'The Deepest Lake', their fifth album to feature their own material. Don't vaccinate yourself against Dengue Fever (11pm): exposure to the virus of their exotic pop can cause delirium. In a good way. 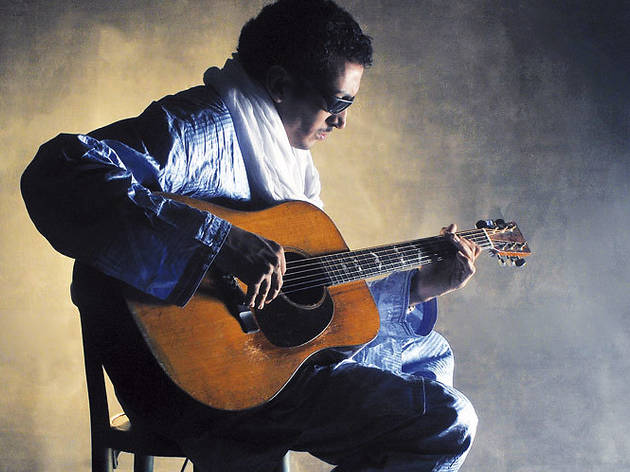 Ever since the historic Algerian band Tinariwen introduced those of us in the Northern Hemisphere to the desert blues, North Americans and Europeans have let themselves be carried away by the hypnotic modulations of this fascinating meld of traditional Tuareg music, blues and western rock. Bombino (9.45pm) is the alias of Omara Moctar, a Tuareg from Niger, and in albums such as 'Agadez' (2011), and particularly 'Nomad' (2013) – released by the prestigious US label Nonesuch – he infuses Saharan rock with pop influences. His live shows, featuring a quartet that includes two guitars, bass and drums – all played by Tuareg musicians – are magnetic, and Bombino's smile lights up the stage. 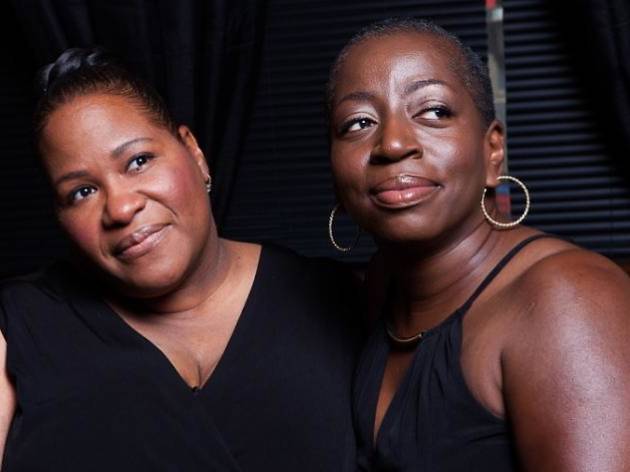 Fans of Sharon Jones, the most dazzling star of those veteran soul singers who have gained success later on in their careers, might not be familiar with the names of Saundra Williams and Starr Duncan Lowe, but they'll certainly know their voices. Until recently they went under the name of The Dapettes, as the backing singers of Jones and The Dap-Kings (the house band of the Daptone Records label). But Saun & Starr (11.15pm) have made the leap to fame in their own right and, after releasing their first single 'Hot Shot' (2014), this year they brought out the album 'Look Closer' (2015), both with Daptone. Authentic old-school deep soul that follows in the footsteps of the catalogue of the Stax label. 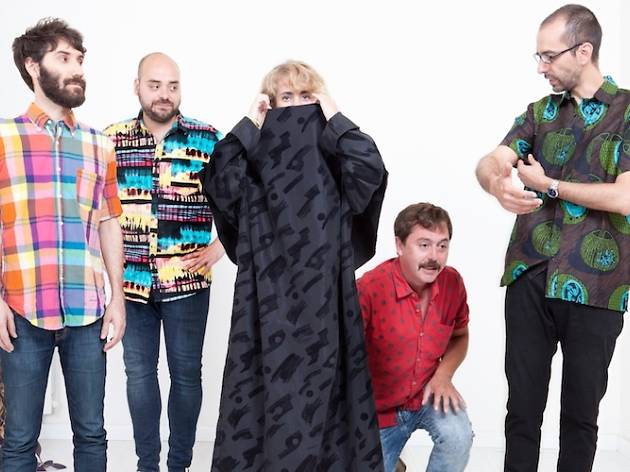 Los Punsetes, a Madrid quintet that plays guitar pop (11.50pm), last year celebrated their first decade, but rather than marking the occasion with a birthday cake fight – something that would have fitted in well with the comedic aggression of their lyrics – they instead released 'LPIV' (Canadá, 2014), their fourth LP. The formula hasn't changed – after all, if something ain't broke, don't fix it. Melodic torpedoes enhanced by guitar sounds that are the successors of shoegazing, and caustic hymns fired out without pity in the hieratical voice of the imperturbable Ariadna, the statuesque frontwoman – during the group's energetic concerts, she doesn't even move a hair. And all backed up by a production from Spanish musician El Guincho that really means business. On stage before them, rocking the crowd at the Fòrum will be Barcelona trio Nueva Vulcano (11pm), responsible for some of the best albums of the year. 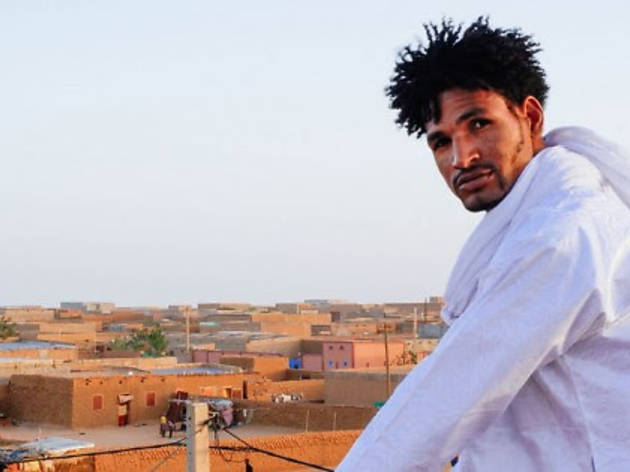 He shares a surname with Bombino and, like him, is a Tuareg from Niger who plays the traditional music of his people on an electric guitar. But Mdou Moctar (12.30am) brings another aspect to the hybrid of rock and Tuareg rhythms known as desert rock: to the mix he adds synthetic effects, making, for example, expressive use of autotune. His robotic voice on hypnotic cadences prove seductive on 'Tahoultine' and 'Anar', songs that feature on the compilations 'Music from Saharan Cellphones' (2010 and 2011) – mobile phones are used to share music in the African desert. His trip to Barcelona coincides with the launch of his third album, which is the soundtrack for a recently released film that he also stars in. 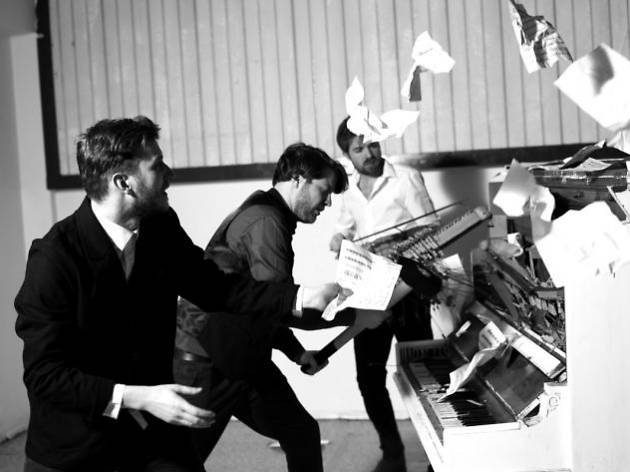 It is possible to make techno without machines? Brandt Brauer Frick (10.45pm) have shown that it is. In three records released between 2010 and 2013, the Berlin trio have turned electronic tracks into musical scores, producing techno using acoustic instruments – piano, violin, cello, harp, trombone, tuba and percussion – rather than synthesizers and computers. After their debut, ‘You Make Me Real’ (2010), and creating a classic ensemble with ten musicians for touring their second album, 'Mr. Machine' (2011), the Germans were inspired by the most Cuban city in Florida for 'Miami' (2013), their third LP, in which Afro-Cuban jazz can be heard among acoustic beats, and guest singers such as Jamie Lidell, Nina Kraviz, Om’mas Keith (Frank Ocean, Kanye West, Jay Z) and Gudrun Gut (Einsturzende Neubauten) appear. 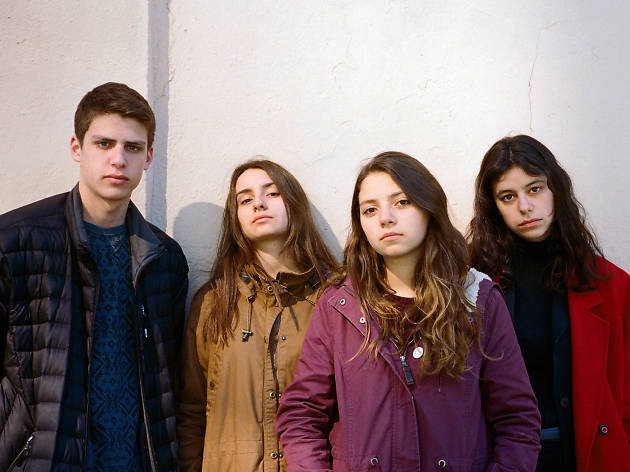 Four teenagers from the Maresme area of Catalonia (a train ride up the coast from Barcelona) are currently one of the most internationally known Catalan groups. Jazz Rodríguez Bueno and Carla Pérez Vas are 19, and they chose the name of Mourn (10.30pm) for their group by doing a random search in an English dictionary while writing songs on their school playground, influenced by the alternative rock sounds of the '90s. With Leia Rodríguez (15, bass, sister of Jazz: the two are daughters of Catalan singer-songwriter Ramón Rodríguez) and Antonio Postius (19, drums), they revisit the noisy, incongruous guitar rock of 20 years ago, and create lyrics dripping with teenage angst. They have an authenticity, attitude and credibility on stage that the Spanish indie groups of the time would have killed for.  After their celebrated 2014 eponymous album, this year they've released the single 'Gertrudis' (Sones, 2015). Up before them onstage is another quartet, the Mallorcan band Beach Beach (9pm), who play a crystalline jangle pop.