If you haven't had time to do your homework to get to know all the artists and groups playing at the 15th edition of Primavera Sound, and all you know are the big-name headliners, we're here to help you discover some new names and sounds you're sure to be raving about back home.

There are hundreds of acts in the festival, and you know some of those you want to see, but if you're at a loss as to what else to check out on Thursday 28, Friday 29 and Saturday 30 at the Parc del Fòrum (along with the free preview day on Wednesday 27), allow us to provide a few suggestions. And if you're really lost, we've also selected the top 10 of the most celebrated acts to help you find your way. 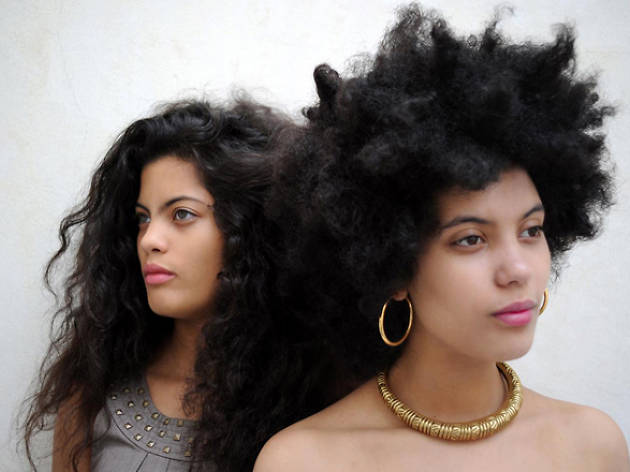 Daughters of a percussionist from the Buena Vista Social Club, these Cuban-French twins ('ibeyi' in Yoruba, the language they combine with English on their eponymous debut album released this year) take on Afro-Cuban traditions with hip hop and electronica. Tuesday 26, 9pm, Sala Apolo. 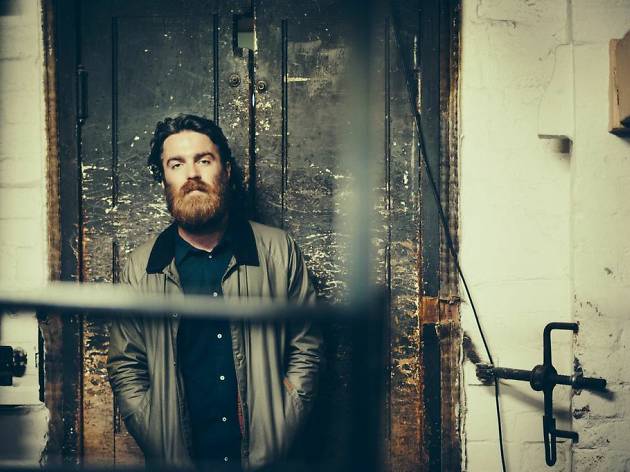 The darling of 2014 thanks to 'Built on Glass' (No. 1 and platinum in his native Australia – not bad for a 26-year-old newcomer), Chet Faker's lilting electronic soul will have James Blake fans hooked. Thursday 28, 11.55pm, Parc del Fòrum. 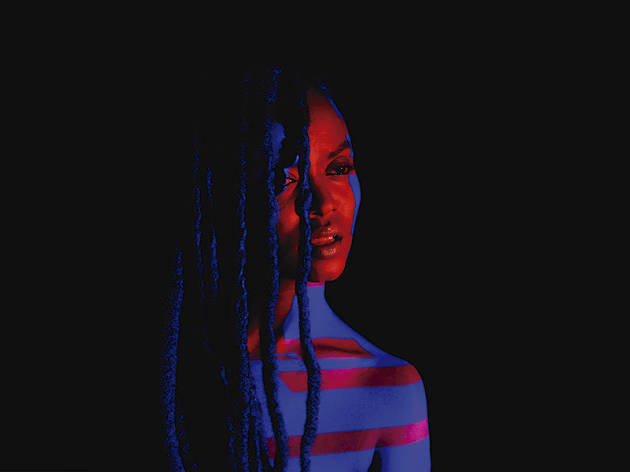 Ethiopian-American Kelela, plays in the league of alternative R&B, and has a great hand, including her debut, 'Cut 4 Me' (2013). Imagine Janet Jackson singing over a base of contemporary electronica. Thursday 28, 9.45, Parc del Fòrum. 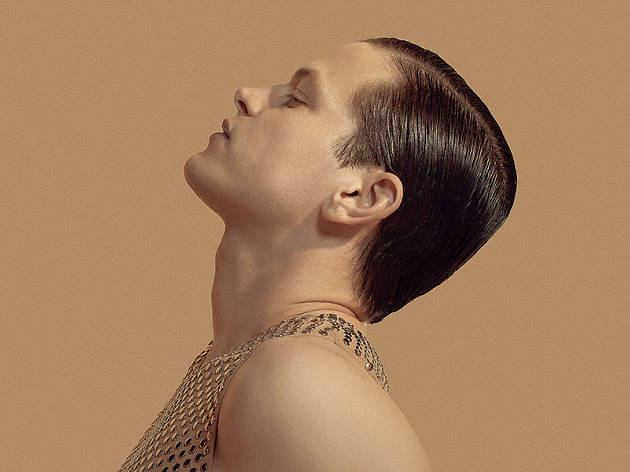 Mike Hadreas, aka Perfume Genius, was one of the big stars of 2014 thanks to 'Too Bright', a third album where his flesh-and-blood, yet intimate and minimal lyrics grew with expansive and electronic arrangements as if they wouldn't fit in his chest. Friday 29, 9.30pm, Parc del Fòrum.
Advertising 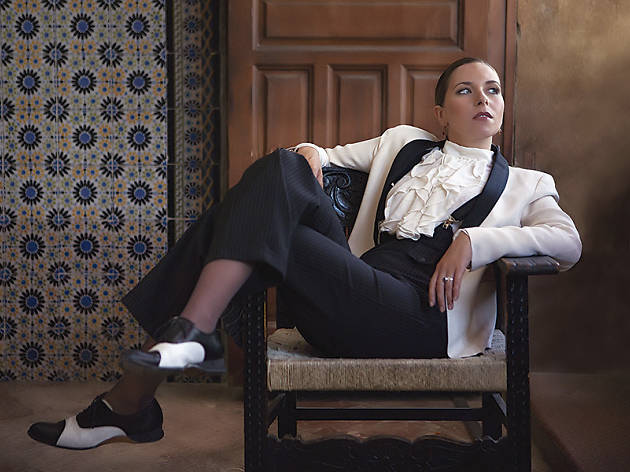 Only Miguel Poveda before her had won the Lámpara Minera prize at the flamenco Festival del Cante de las Minas and the first four awards at the prestigious flamenco event. So when purists criticise her album 'El niño' (2014, produced by Refree) for being too groundbreaking, the singer can easily turn the other cheek. Friday 29, 4pm, Auditori del Fòrum. 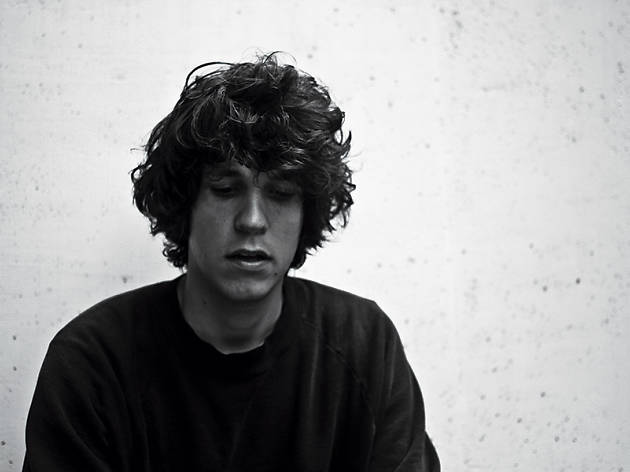 If you've recently had your heart destroyed after a breakup, it might not be the best time to listen to 'Goon' (2015), the debut album by this Canadian artist. Or if you want to weep until you're all cried out, this could be the perfect soundtrack. Jesso has been compared to Todd Rundgren and Harry Nilsson, with their deliciously painful seventies piano ballads that would make even the bar staff sob. Friday 29, 8.10pm, Parc del Fòrum. 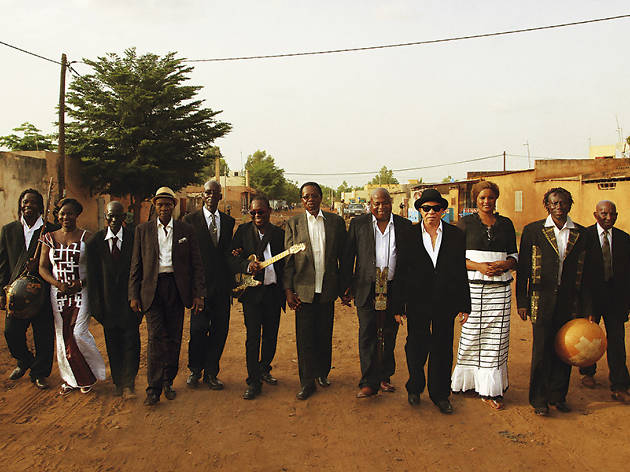 If you're a fan of African music, don't be wandering around aimlessly when Les Ambassadeurs are on. Get to the stage and pay close attention to this supergroup, which reunites three greats of the music of Mali: Salif Keita, Cheick Tidiane Seck and Amadou Bagayoko (half of Amadou et Mariam). It's the comeback tour of the popular project that made its name in the 1970s. Saturday 30, 10.50pm, Parc del Fòrum. 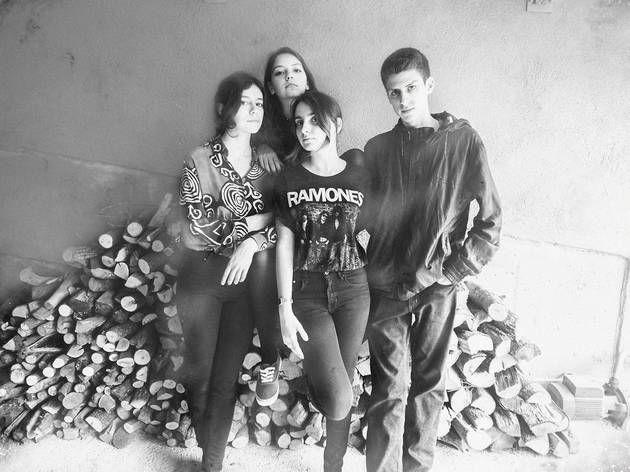 This teen quartet with attitude from nearby Maresme (and two daughers of The New Raemon) has pulled off an inspiring revival of 1990s alternative rock – an international sensation. Saturday 30, 6.30pm, Parc del Fòrum. 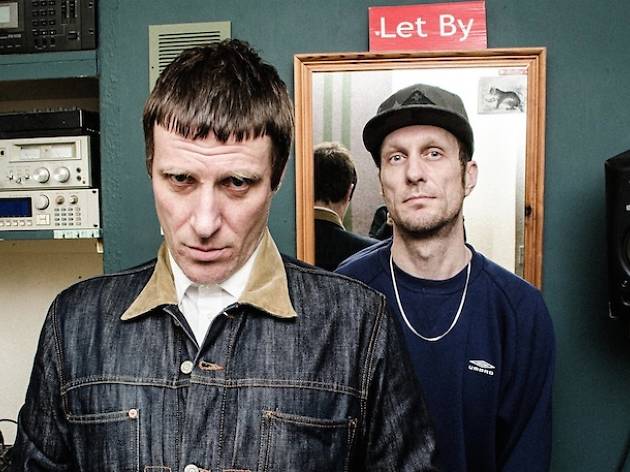 Angry English rap of social criticism with potty-mouthed humour where you won't find anything labelled 'correct' over skeletal electro-punk bases. Live, Jason Williamson punishes the microphone and walks around the stage during the few moments when his mouth is closed, and Andrew Fearn is giving it all that with the hand that's not holding a beer. A must. Saturday 30, 9.10pm, Parc del Fòrum. 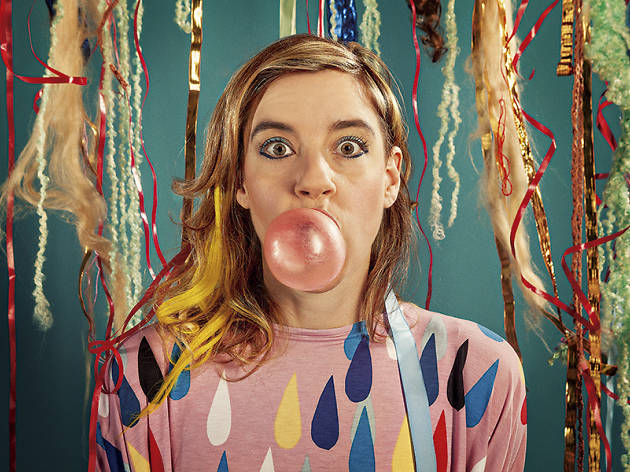 The sincopated and omnivorous project from American artist Merrill Garbus passes polyrhythmic African music through the sieve of avant-garde English pop. She was signed by 4AD thanks to a cassette made with a tape recorder, and now she's presenting her third LP, 'Nikki Nack' (2014). Saturday 30, 11pm, Parc del Fòrum. 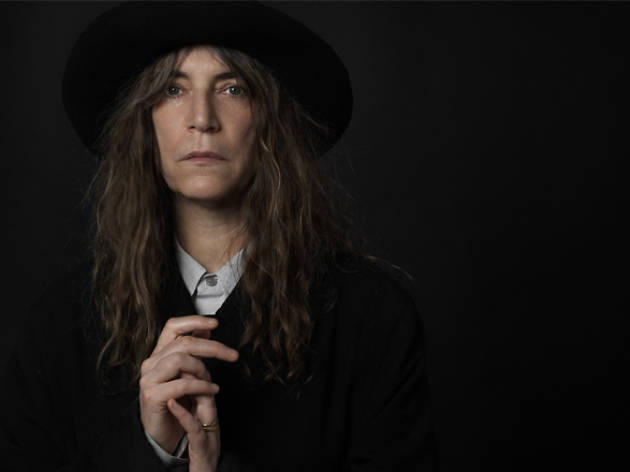 Seeing the US singer and rocker live is always an experience: the charisma and energy she exhibits on stage have to be seen to be believed. Here she’ll perform her iconic debut album 'Horses' in its entirety 40 years after its release, which will only add to the experience. If you prefer the New Yorker’s poetic side, on Saturday 30, Smith will offer an acoustic and spoken word recital (4pm). Friday 29, 8pm, Parc del Fòrum.
You might also like: Tori Amos, Strand of Oaks 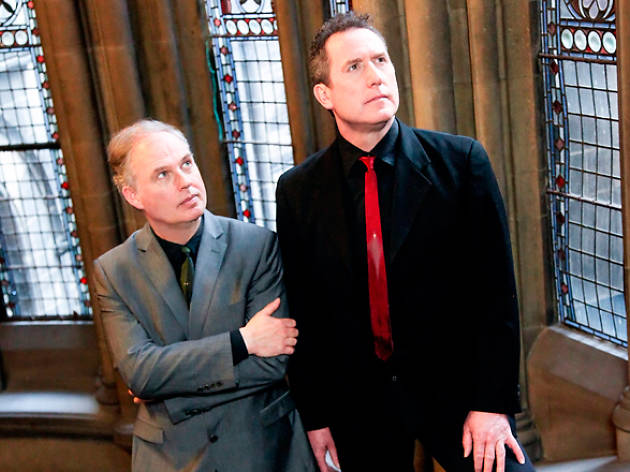 Some musicians deserve the ‘one-hit wonder’ tag, but others are baptised as such through pure ignorance. Orchestral Manoeuvres in the Dark (OMD) are mainly known for ‘Enola Gay’, but during the almost 20 years they were together, the group accumulated such a collection of anthems, the notion of associating them with just one is laughable. They’ll perform classics, but also champion their latest album, 'English Electric' (2013). Wednesday 27, 10.25pm, Parc del Fòrum.
You might also like: Baxter Dury, Caribou 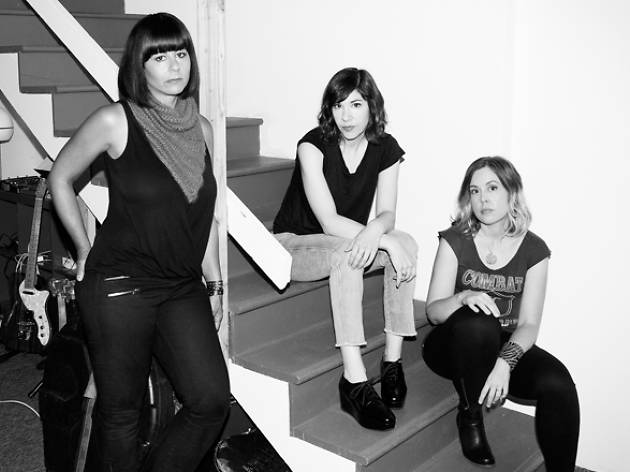 A key group in the alternative rock scene during the ’90s and up till their 2005 split, the female trio returns to the stage this year. They bring with them 'No Cities to Love' (2015), an album destined for many a ‘best of the year’ list. Filled with riffs both catchy and strong, and replete with heartbreaking lyrics, seeing it played live will be like the good kind of kick to the pit of your stomach. Friday 29, 10.20pm, Parc del Fòrum.
You might also like: The Julie Ruin, Babes in Toyland, Mourn, Les Sueques 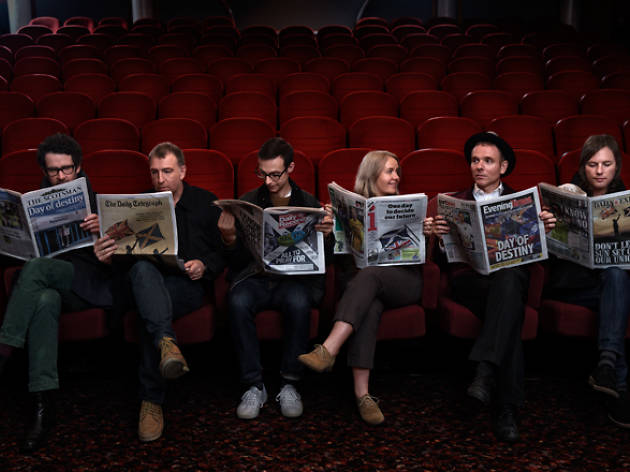 The arrival of the Scottish group on the mid-'90s indie scene generated floods of imitators, and their delicate but dark chamber pop won over legions of sensitive souls. But nine years later, boredom led the band to reinvent itself (without totally abandoning its iconic sound) with 'Girls in Peacetime Want to Dance' (2015), embracing Euro disco, Balkans dance music and Brazilian percussion. Friday 29, 9.30pm, Parc del Fòrum.
You might also like: The New Pornographers, Foxygen 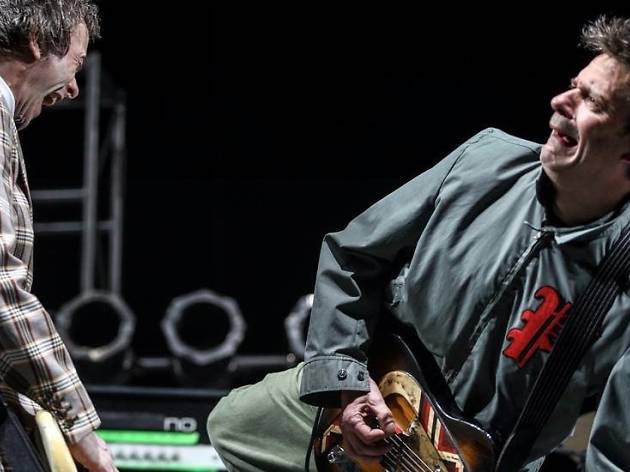 Considered among the fathers of alt-rock, if you associate them with punk, have a listen to their 1984 'Let It Be' album. It starts with ‘I Will Dare’, a jangle pop gem that's more The Go-Betweens than The Clash, light-years from the hardcore they also cultivated and symbolic of their wide-ranging back catalogue. Dissolved in 1991 and reformed in 2012, the group playing here includes original members Paul Westerberg and Tommy Stinson. Thursday 28, 9.10pm, Parc del Fòrum.
You might also like: Fucked Up, Las Ruinas 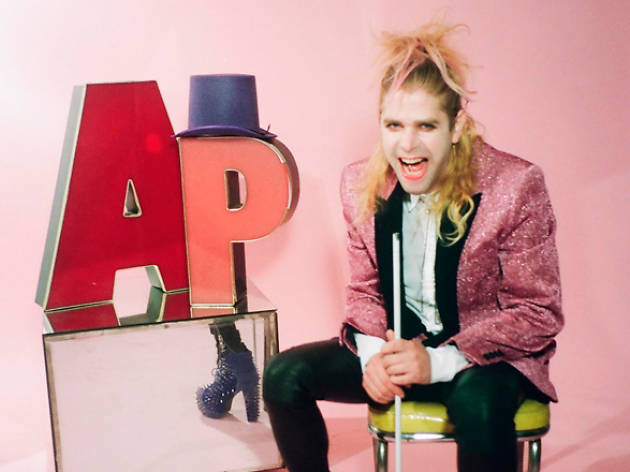 Pink’s psychedelic, infectious and mutant pop made him a star in the indie universe after he emerged from the ‘iunderground’. His performance at Primavera Club 2012, which saw the LA native wander the stage like a maniac, was magnetic. He’s the most prominent of those US musicians who revisit ’60s genres with an uninhibited lack of loyalty. Friday 29, 12.10am, Parc del Fòrum.
You might also like: Mac DeMarco, Mikal Cronin 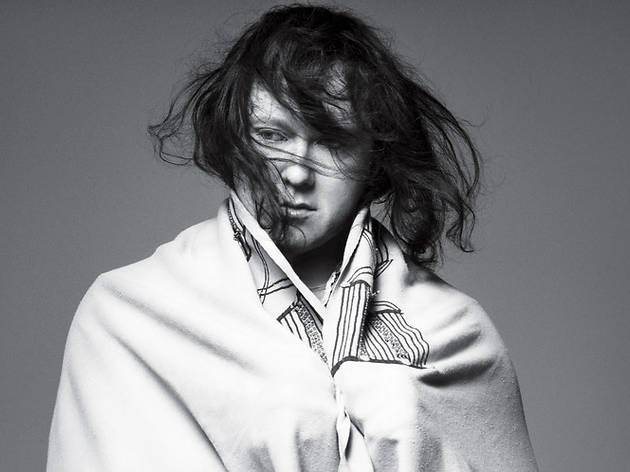 He may not be the most prolific of musicians – and has a certain tendency to recycle – but Antony Hegarty is, above all, a performer, a singer capable of delving into your soul. Here he may give us a taste of what will be his first album since Swanlights (2010), and he's described it as ‘an electronic disc with its teeth sharpened’. Thursday 28, 10.20pm, Parc del Fòrum.
You might also like: Perfume Genius, James Blake, Tobias Tesso Jr. 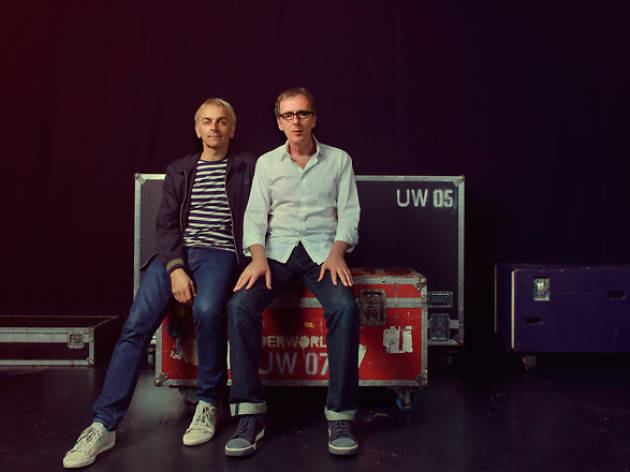 Their song ‘Born Slippy. NUXX’ helped open the eyes and minds of ’90s indie kids, plunging them in to dance-floor hedonism. Last year marked the 20th anniversary of 'Dubnobasswithmyheadman' (1994), the album that saw them discover their distinctive sound. And It’s this that brings them to Primavera. Prepare for a long, dark session. Saturday 30, 1.30am, Parc del Fòrum.
You might also like: Richie Hawtin, Jon Hopkins, Caribou 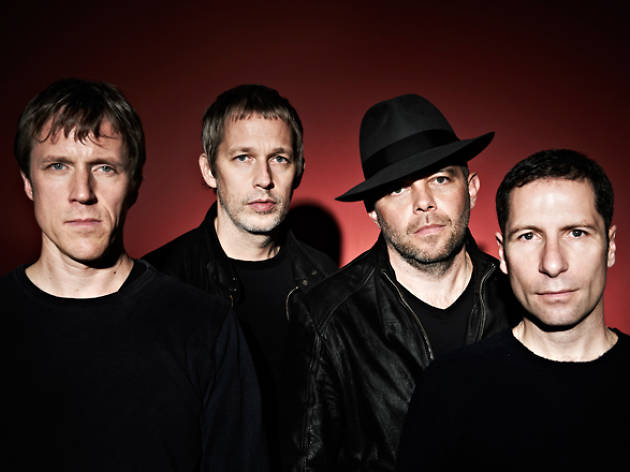 Along with My Bloody Valentine and Slowdive, this British foursome was one of the flag-bearers of shoegaze, the guitar-based adorned pop that flourished in the UK during the second half of the ’80s and start of the ’90s. Ride broke up in 1996 then reformed in 2014, and their performance at Primavera Sound 2015 will be the only opportunity to see them in Spain this year. Friday 29, 11.45pm, Parc del Fòrum.
You might also like: Spiritualized, Los Punsetes 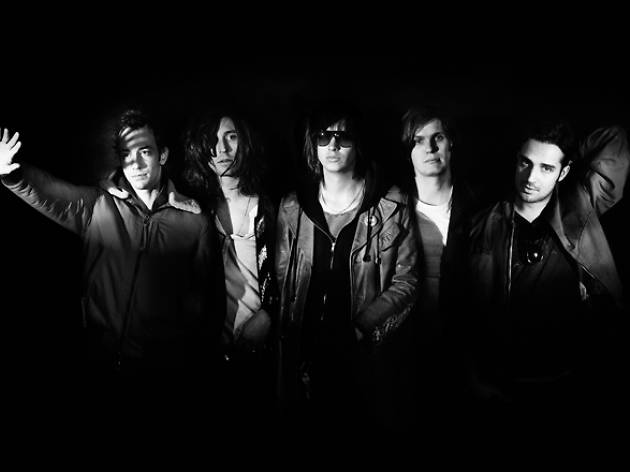 They were the first group confirmed for this 15th anniversary edition of Primavera Sound, proclaimed with an ad that covered a building. This over-the-top move was justified by the fact that the quintet released their celebrated debut album Is This It' in 2001, the same year the festival began. The Strokes don’t bring any new material with them, but they do have their 2013 album, 'Comedown Machine', which signalled a return to the sounds of their earliest days. Saturday 30, 11.45pm, Parc del Fòrum.
You might also like: The Black Keys, Interpol, Julian Casablancas+The Voidz, Albert Hammond, Jr. 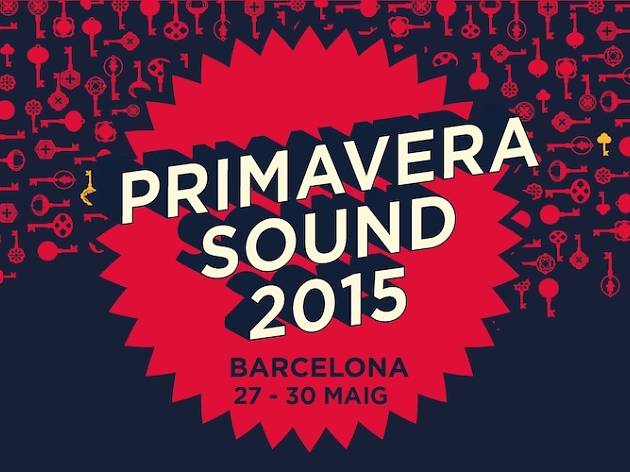 It's time for the 15th edition of Primavera Sound, which brings the likes of Patti Smith, OMD, The Strokes, Antony and The Johnsons, Ride and Alt-J, among many others, to Barcelona's Parc del Fòrum, May 27 to 30. Whether you fancy studying up on acts you're about to discover or reviewing the music of your favourites, our selection of 85 songs by a good chunk of artists on the bill at the season's biggest music festival will definitely get you in the mood. 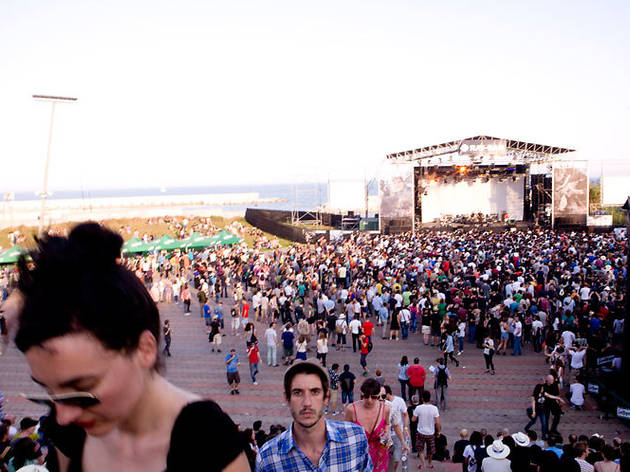 If you're going to a festival like Primavera Sound, and especially if you're in a foreign country, it's really a good idea to know how to get around on public transport, particularly at the dreaded moment when you make the decision to go home because you've just noticed that the morning sun is starting to light up the sky. It's dawn, you're wrecked from dancing your feet off and you can't bear waiting in the taxi rank with not a single taxi in sight but a queue that stretches nearly back to where your bed is. Read more to find your festival transport options.