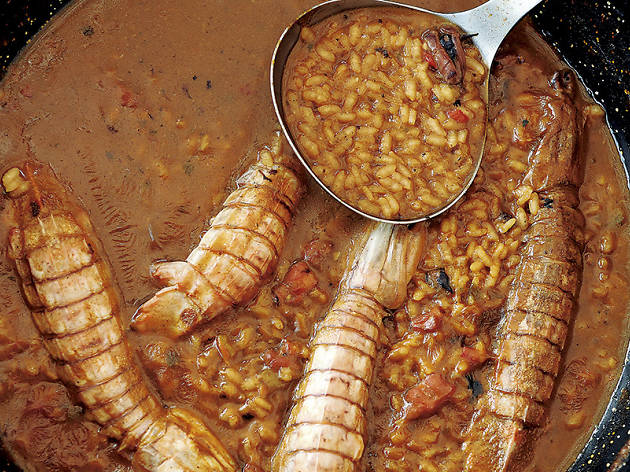 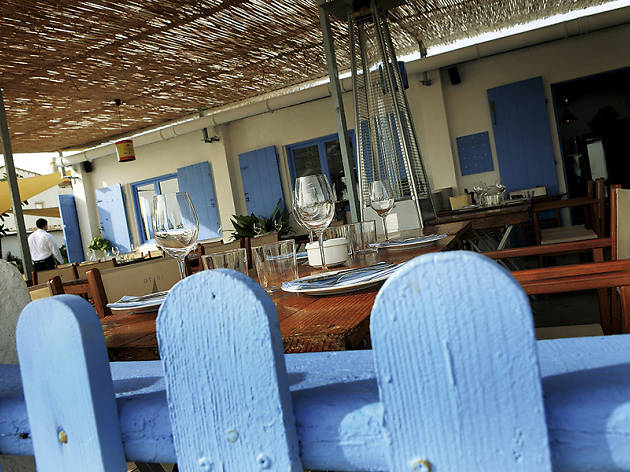 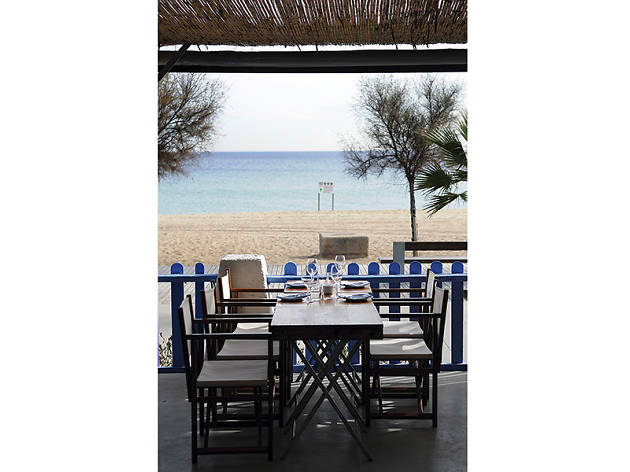 The best beach in Barcelona is... in Badalona! Especially because the water doesn't have that polluted glow, and even though it's so close to Barcelona, it's more of a charming seaside town. Others who feel the same way are three guys who know a lot about bars, tapas and rice dishes: Juan Carlos Ninou (El Xampanyet, La Puntual), José Varela (Grupo Varela, partner at La Puntual) and Santi Hoyos (Bar Ángel, Bar Mudanzas) are behind L'Estupendu, which is quite near the Badalona Renfe train station. The space was once bath houses from the 1960s called Baños Pleamar, and now it's this speciality rice restaurant/beach bar on the Badalona coast.

Just 20 minutes on the Renfe from Plaça Catalunya, L'Estupendu is the antithesis of psedo-Ibiza luxury. They took a place that was closed down, in ruins, and occupied by squatters and transformed it into a spot that's modest, simple and cosy, with white and blue paint and no trace of the raw wood and metal finishings that say 'get your Visa ready'. There's plenty of space on the terrace, where you'll be quite comfortable, and you can enjoy your meal while gazing at the sea. The dining room is also spacious, and the bar is where to be for a good vermouth.

They serve up six popular rice dishes that won’t leave you scratching your head wondering what’s in them. The cod and vegetable one, and the one with black rice, razor clams and crab are phenomenal. Plus, where in Barcelona can you get a properly prepared 'suquet' (type of fish stew) in a restaurant right on the beach for under €20? Another big draw is the enticing tapas menu; it's on the short side, but every one of them is a hit from the three owners, with patatas bravas from La Puntual, Spanish omelette with 'morcilla' sausage from Bar Ángel, and squid croquettes like they make to perfection at El Cuévano.