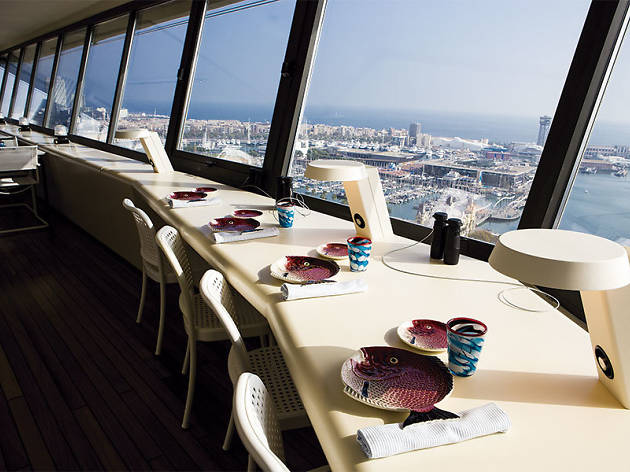 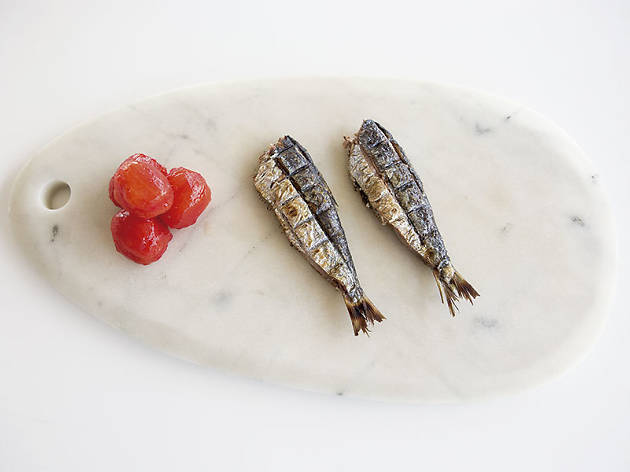 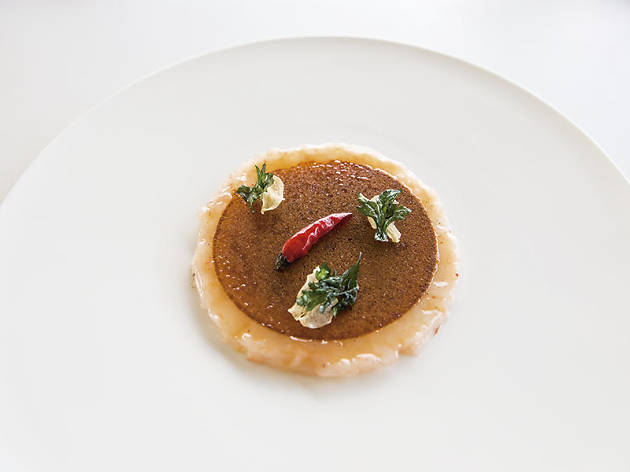 For the views alone, Marea Alta has become practically a first-class tourist attraction. Up on the 24th floor of the Colón building, diners get a sensational, unprecedented 360-degree view of the city: at 110 metres high you'll discover, on the circular walk to the loos, Barcelona from the hills of Tibidabo to the Maresme coast. The 1,000 square metres of the restaurant are spread over three floors and house a cocktail bar terrace on the 23rd floor and a lift that teletransports you... 'But we started from the base that we were setting up the best fish and seafood restaurant possible in a basement,' says director Enrique Valentín, 'with the hope that, if we did something interesting in that basement, guests would come back.' He considers the views an extra gift for customers.

They also take a panoramic view of the marine products they use, with what Valentín calls 'a simple and at the same time difficult idea': high-quality fish and seafood from the best suppliers from around Spain and served raw, smoked, marinated and grilled. Valentín is a businessman and chef who doesn't disappoint when it comes to monothematic conceptualization: after starting up restaurants that focus on chicken (Chez Coco) and beef (Casa Paloma), he's hit the nail on the head once again at Marea Alta. A good example of a raw dish is the salmon with horseradish and toasted rye bread, a marvel of primordial and concise flavour that won't give you any kind of spicy explosion, but a subtle invasion of the senses. What's more, the smoking is done hot, and grill uses holm oak charcoal.

They work with the best seasonal fish, and that's reflected on a menu that changes daily. You won't see the dreaded 'market price' on the menu either, but instead the prices are by weight. Valentín has a weakness for stews. 'With all the new trends, stews have lost out,' he says. 'There are plenty of well-presented stews out there, but few that taste better than they look.' What they've got going for them at Marea Alta is technique combined with stew that will make you forget about concoctions made of foam and shot out of siphons. For example, you can dive into one made of sea nettle and chickpeas with a 'capipota' broth, and a tantalizing flavour that comes from both the sea and the land. Or one with sea cucumbers with a mildness that's enriched by a poached egg. Perfect for soaking up with bread.