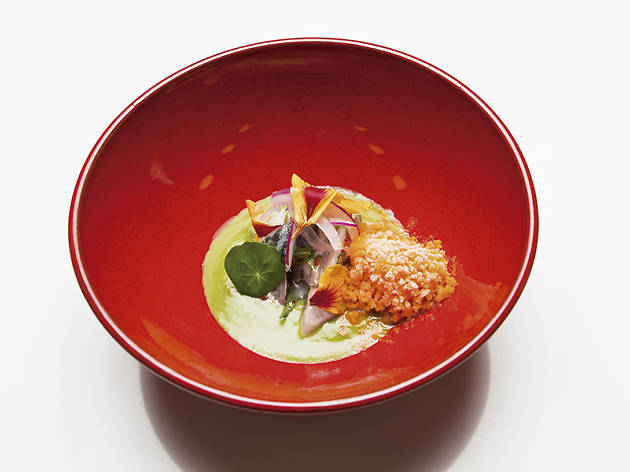 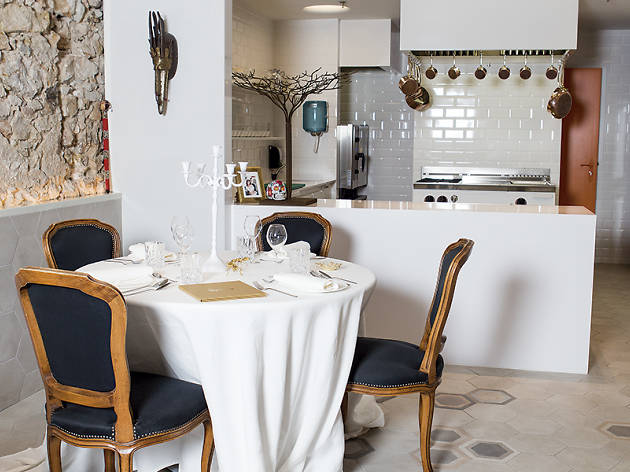 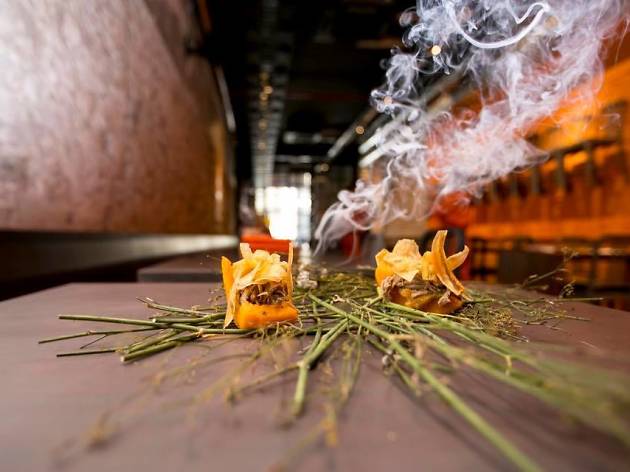 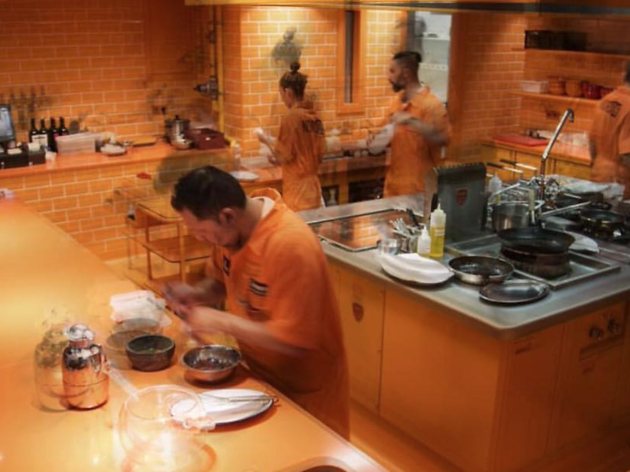 Food is the new football: 'When it's Monday and people are talking about the weekend, they talk about what they had to eat. And our obligation as chefs is to give them surprising experiences – but above all, they must be tasty too, of course.'

This quote could be a cliché that impresses exactly no one, but when it comes from Iker Erauzkin, a Basque chef who speaks as he talks, it really makes you want to head to his restaurant, UMA. The acronym is for Un Mundo Aparte, and the word 'uma' means fork in Swahili.

In 2014 the self-taught chef opened a cooking workshop in Barcelona's Sants neighbourhood called UMA, and it soon started building up its clientele. Erauzkin's project was so popular that it got to number one on TripAdvisor in an area that brings in little tourist traffic, and it stayed in the top ten for a year and a half. In 2016 Erauzkin moved to the Eixample to kick things up a notch, and now that he's got a restaurant licence, the dining experience is in its own class. 'It's just my wife and me in the kitchen', he says. 'We take bookings for five tables, which means a total of 14 clients maximum, or ten if it's all parties of two. So the service is unhurried, but not slow.' There can be quite a wait to get a reservation – a few months even – but they never waste a thing if they can help it. 'If I have 12 diners, I buy 12 scallops.'

When you do get a table, you'll be there for three hours and you'll sample 14 dishes of strictly seasonal cuisine that Erauzkin defines as 'intense and daring cooking'. He says, 'We shy from the label of Mediterranean cuisine because everyone uses it and then goes ahead and puts in ingredients from somewhere else.' Erauzkin is a chef of his time, and he pays a lot of attention to presentation: in the photo, a mackeral ceviche with cream of capuccino and a dusting of yellow ají pepper. 'People take pictures and upload them, so the element of surprise is very important.' But it's a double-edged sword: when the restaurant moved, TripAdvisor erased it from their website. 'We had 470 opinions, and 430 of them were excellent,' says Erauzkin. 'My business might very well depend on that.'

Just next door Erauzkin has NOBOOK, a gastrobar with plenty of cooks/servers where they don't take reservations, and they serve 16 dishes and 16 cocktails. In this more relaxed version of UMA you can eat and drink for €20 – on dishes such as frog and tongue, so all your senses are engaged.