Wherever you might be staying in Barcelona, there’s a whole world of four- and five-star hotels whose rooftop terraces merit a visit. From June 5 to 14, 59 of the city’s best hotels will host activities ranging from concerts and DJ sessions to workshops, magic shows, wine tasting and even synchronised swimming, all to be enjoyed with a glass of something cold and fantastic views. Here’s our pick of 10 places where it’s definitely worth taking the lift to the top floor. 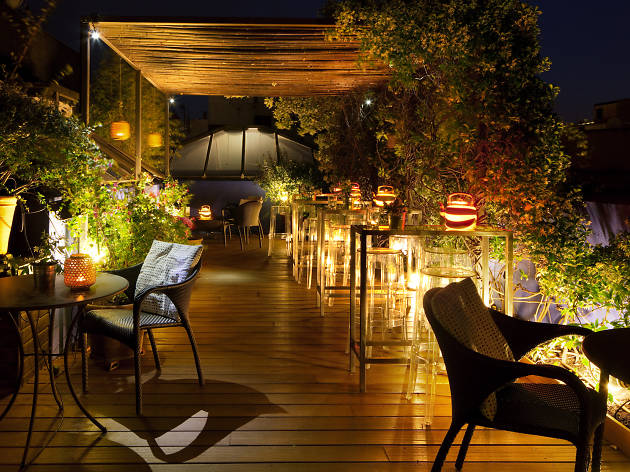 The Hotel Neri (T. 93 304 06 55) has a great ally in the shape of the Plaça Sant Felip Neri. Considered one of the most beautiful – if not, in fact, the most beautiful – in Barcelona, it’s like an al fresco extension of the historical atmosphere that infuses the hotel. The building retains many decorative elements from the two palaces, one from the 12th century and the other the 18th, between which it was constructed – and it’s a really inviting place. When you go up to the fourth floor, you’ll find yourself enveloped in an intense scent of jasmine. This is the terraza known as ‘Roba Estesa’ (Hanging Clothes) – you’ll understand why once you see the roofs of the surrounding houses. It’s a small, intimate spot with a romantic ambience but big enough for live cooking demos, one of paella (Tue 9) and another of seafood (Thu 11) – you have to reserve your place. 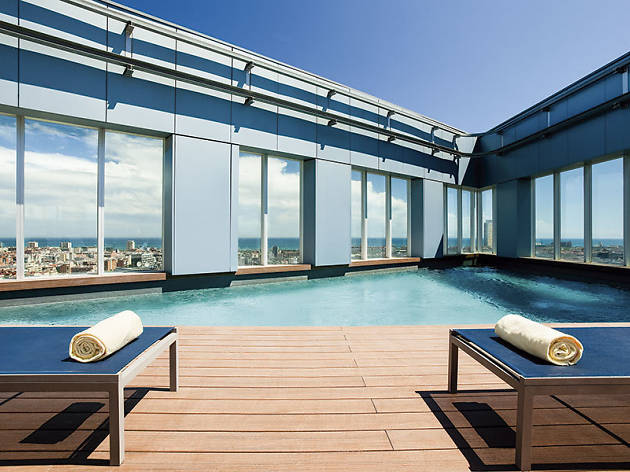 Imagine a Barcelona spring night, listening to chill-out and bossa nova music with a delicious cocktail in hand, while seated on a dazzling white Ibiza-style chair, as the water laps in the nearby swimming pool and the coloured lights of the Agbar Tower provide the backdrop. That’s what’s on offer at the Novotel Barcelona City (T. 93 326 24 99) on Fri 5, Sun 7, Thu 11, Fri 12 and Sat 13. 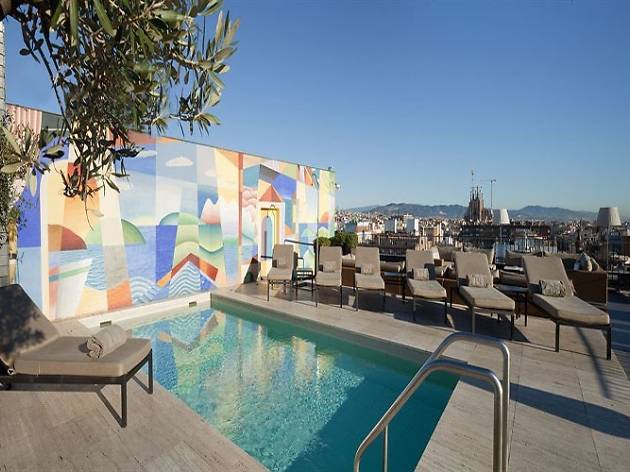 The Majestic (T. 93 492 22 44) takes these things seriously. During the Week of Hotel Terraces they’ll stage a live cooking show, like some other hotels, but in this case with two great chefs, Nandu Jubany, gastronomic adviser to the hotel, and David Romero. The demo takes place on Tue 9 at 7pm, and you can reserve your spot by sending an email to: rrpp@hotelmajestic.es. 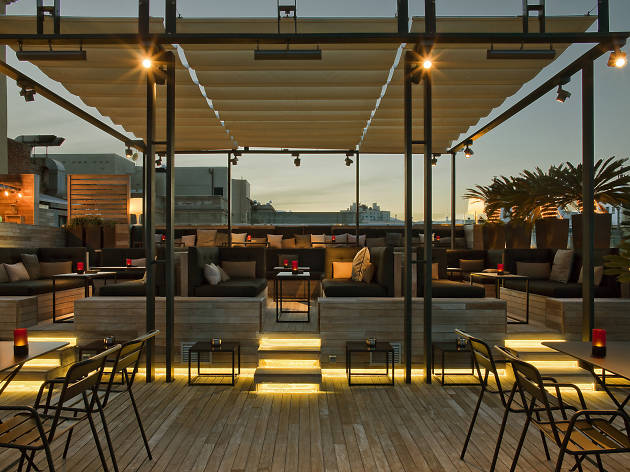 There’s no doubt that the views from the Grand Hotel Central (T. 932 957 900) are some of the best in the Born area. Located in Via Laietana, with all the traffic - both motorised and pedestrian - that that street has during the day, once you get to the 8th floor, you’ll experience a moment of welcome peace. And the panoramic swimming pool is impressive. During the Week of Hotel Terraces, they’ll be hosting a DJ session (Wed 10, 8.30pm). 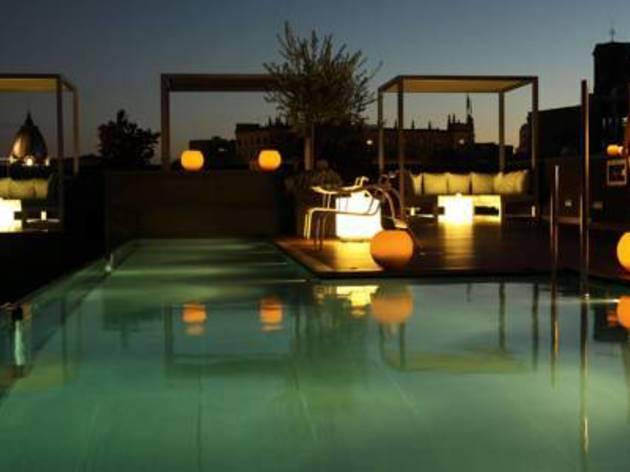 The venue is the Hotel Ohla (T. 93 341 50 50), but thanks to the work of Frederic Amat on the façade, it’s better known locally as the hotel of the eyes. On its terrace, the all-glass swimming pool is eye-catching, and might make you feel like Daryl Hannah in Splash. It’s such a great spot that it will be the location for a synchronised swimming demonstration (Fri 12, 6.30pm and 8.30pm) by the Spanish national youth team, as well as on-the-spot caricatures (Mon 8, 6.30pm) and a jazz and blues concert (Sun 14, 7.30pm). 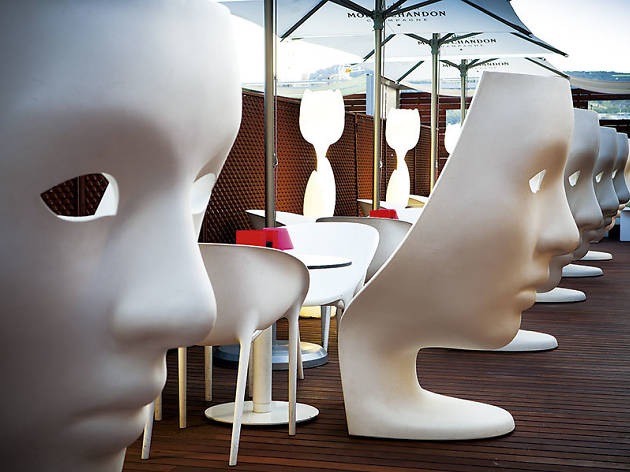 The Alaire Terrace of the Hotel España (T.93 550 00 00) doesn’t have a fantastic view, but it doesn’t really need one. It’s an active, modern space with very memorable furniture. You’ll definitely want to sit on one of the face-shaped seats from the Italian designer Fabio Novembre. They’re a lot of fun and – bonus! – they’re really comfortable. For the Week of the Hotel Terraces, there’ll be live music (Fri 5) and guided tours (Sat 6, Mon 8, Wed 10, Thu 11, Fri 12 and Sat 13). The hotel was renovated by Lluís Domènech i Montaner at the start of the 20th century, and he worked alongside the sculptor Eusebi Arnau, who created the alabaster fireplace in the Bar Arnau, and the painter Ramon Casas, the man behind the sgraffito in the dining-room, which is known today as the Salon of the Mermaids. Keep an eye out for the messages that Domènech i Montaner left in the hotel’s entryway. 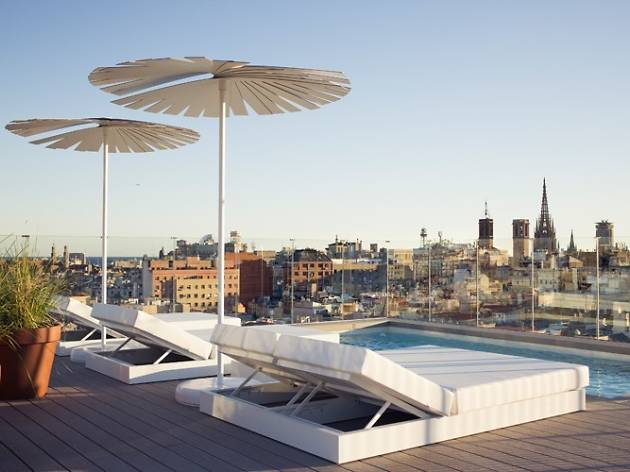 On Fri 5, from 7.30pm, the Yurbban Hotel (T.93 268 07 27) will host a guided tour of different rooftops in the neighbourhood of la Ribera, finishing on the terrace of the hotel itself, where the fabulous 360º views will amaze you and you’ll have the chance to eat something for a more than reasonable price. The tour will last two hours and there are limited spaces. Reserve yours by sending a mail to: norma@yurbban.com 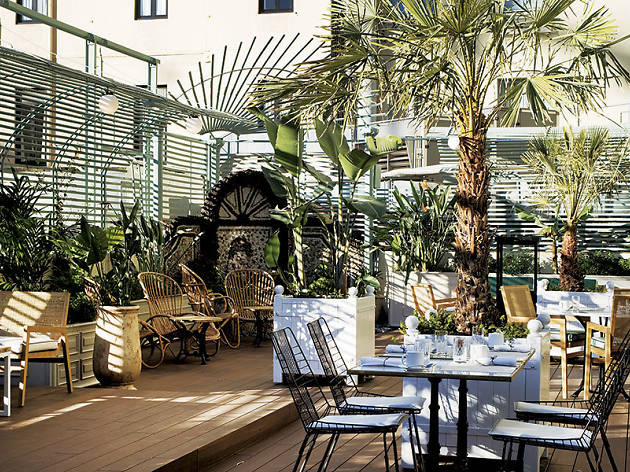 It opened on February 23, but it’s been part of the city for centuries. The beautiful Cotton House (T. 93 450 50 45) is the former headquarters of the Fundación Textil Algodonera, a 19th-century building designed in the neo-classical style of the times. The ceilings, impressive staircases and some of the furniture from the old building have been carefully maintained, and you’ll also see some original features – two stone fountains and the tiles – in the interior terrace. It’s here where they’ll host gin-and-tonic workshops (Fri 12 and Sat 13, 1pm). If you’re a fan of architecture, you could also sign up for one of their guided tours. 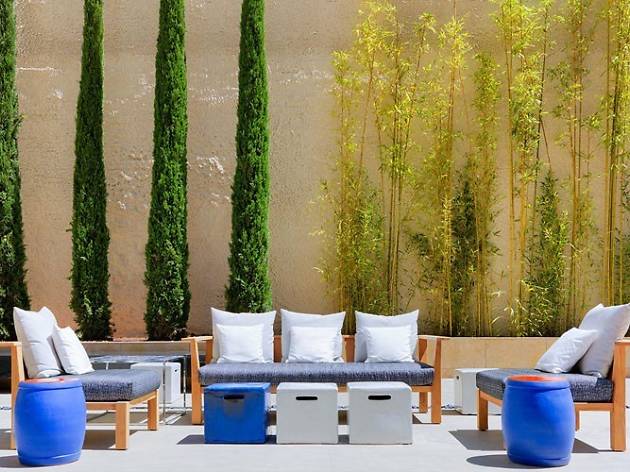 If you’ve got children and want to take part in the fun, on Sat 6 the H10 Art Gallery (T. 93 214 20 30) is holding an artistic morning (from 10.30am). Children will get the chance to create silhouettes in four double beds, and afterwards they have to paint them using different materials in the style of the artists whose work is shown in the hotel. Places are limited, so make sure you reserve yours in advance. 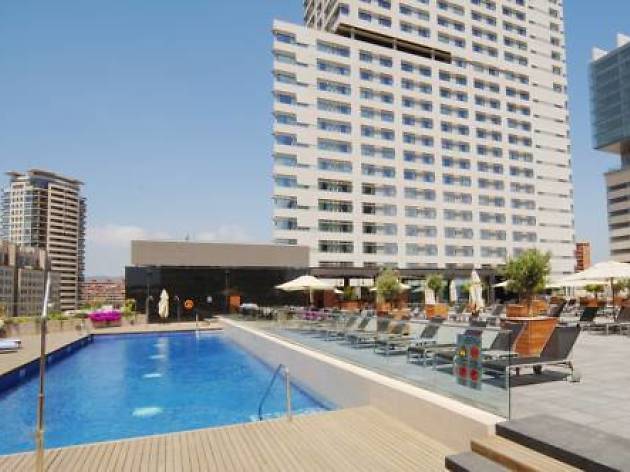