Carnival in Barcelona: celebrations, parties and what's on

Between the 16th and early 17th centuries, Barcelona's Carnival was one of the tops in all of Europe – more for its wild reputation than for its roots in tradition – but all that disappeared under Franco. When the city started celebrating again, it was with bits borrowed from Brazil, all leggy and sequinned, as if Barcelona had forgotten that Brazil initially imported Carnival from here, and not the other way round. Eight years ago, Barcelona decided to bring back its historical and traditional Carnival, with all its glorious satire, dancing and costumes, and especially encouraging the participation of all.

Fat Thursday (Feb 28), the first day of Carnival, sees a big party taking to the streets of the city. As the tradition dictates, Their Majesties Belluga and Tòtil Tocatdelala will make their triumphal entrance at sunset with the Arrival of Carnival at 6pm on La Rambla near Arts Santa Mònica. You'll also see the theatre troupe Comediants in charge of a collective show featuring a festive flavour, masks and plenty of colour. The parade gets underway and heads up to the Palau de la Virreina, from where the King and Queen's ambassadors (who represent the seven historical villas of the city) proclaim their reign for a week of rampant abandon. After the parade, it's time to prepare for the 'taronjada', an innocent 'battle' between the Carnival players and the public of orange balloons and confetti, recalling the actual oranges that were once thrown as far back as the 14th century, and then the first Carnival soirée kicks off! 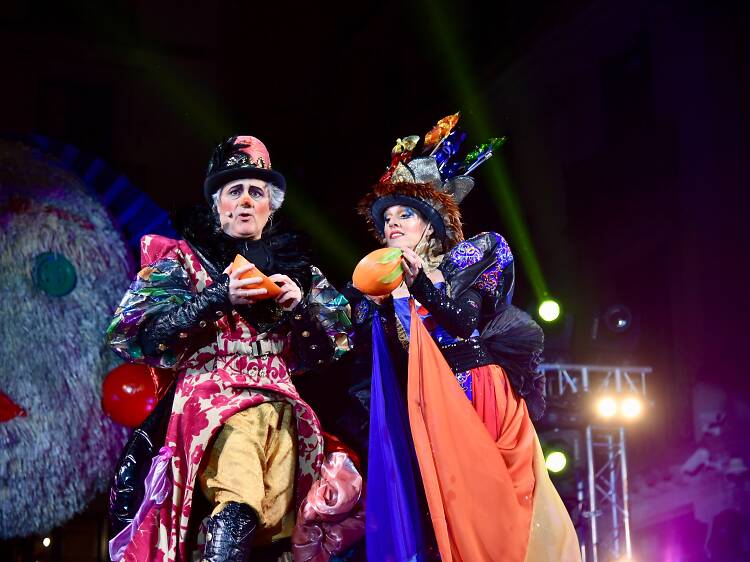 Arrival of the King and Queen

To welcome Carnival to Barcelona, head to La Rambla in your finest costumes. Theatre group Comediants are once again in charge of 'l'Arribo' (The Arrival), as they perform for Their Majesties Belluga and Tòtil Tocatdelala – as well as for all of us. The Royal Court heads out from in front of Arts Santa Mònica, with the Rambla 'capgrossos' (bigheads), the grotesque emperors of the European courts of Comediants, the Carnival Royal Orchestra, the Gegants Vells from the Casa de la Caritat, and the musicians Ganxets. The parade heads up La Rambla, and, dancing and singing, they all arrive at the Palau de la Virreina, where the proclamation is read and the 'taronjada' battle of confetti and fireworks explodes. 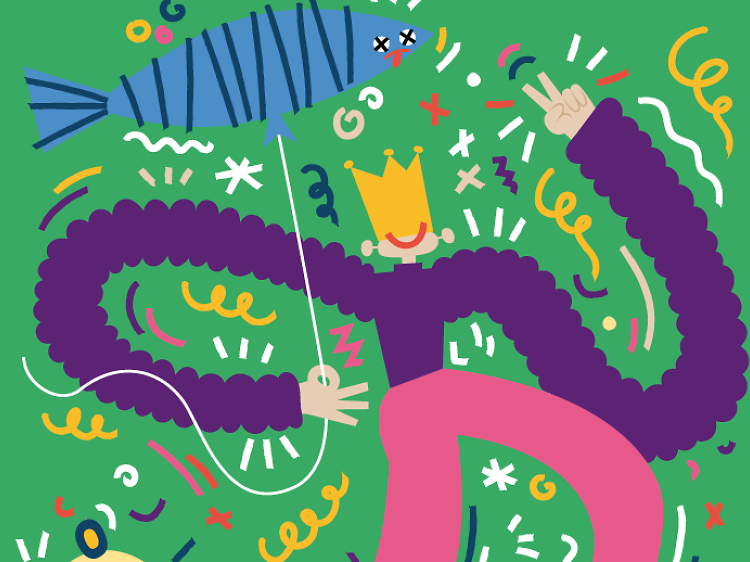 Carnival does have its traditional and fundamental elements, and among them are the famous parades and processions that wind through Barcelona's neighbourhoods. Huge floats, troupes of players and over-the-top costumes – all choreographed and starring locals of each neighbourhood, organisations and associations from around the city – transform the streets into one big celebration. 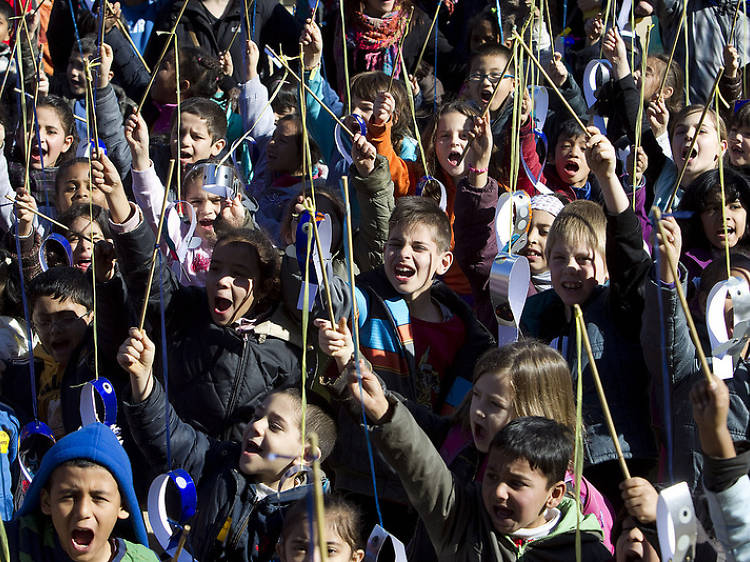 Burial of the Sardine

As is Carnival tradition, the Burial of the Sardine on Ash Wednesday marks the end of the festival. You can mourn the ending of Carnival with humour around town at various organisations and schools. Don't be surprised to find there's no actual burial of any sardines. It's just a symbolic burial at the end of Carnival that represents the end of the past and the rebirth of society with new energy and life. 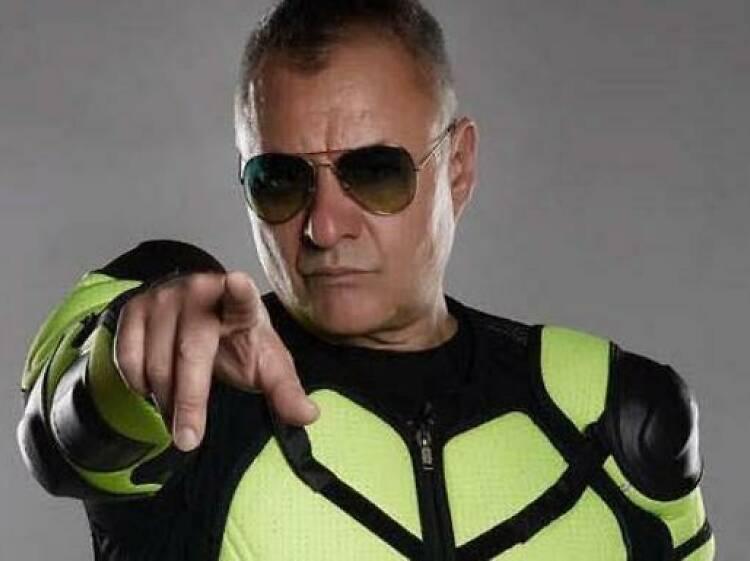 Your friends at Churros con Chocolate are putting on the wildest Carnival party set up on their own farm at Sala Apolo. Things get going for early birds at 4pm with Muerta Sánchez DJ, and then the big party gets underway at 6pm: in the main hall it's OZ, Esto no es Kansas DJ set, Oskar Rajah & Electronikboy, Chica B, and Cheap Son, and the Anti-Churros party features Chimo Bayo, Hunder & Button, Boytronique and MoUnique. 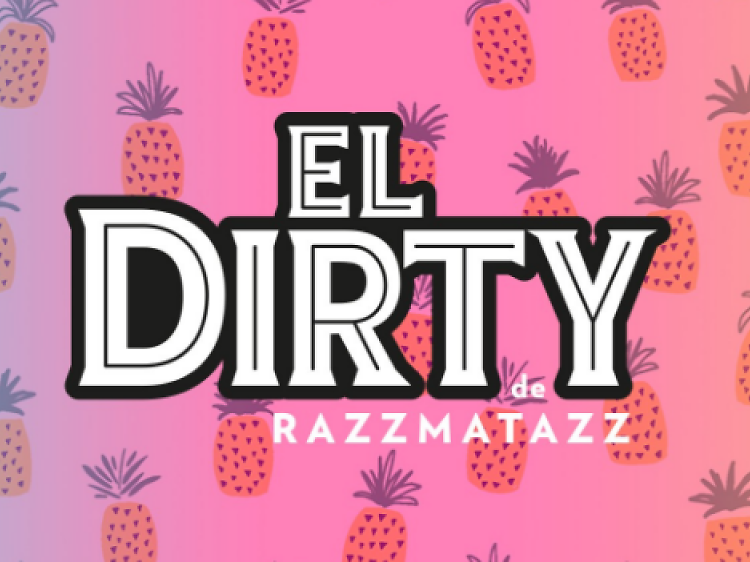 Barcelona's definitive midweek theme party has been filling Razzmatazz on Wednesday nights since 2009, and you can bet they're doing it up big for Carnival. DJs Purpur y Perotutehasvisto, along with the fiesta's team of dancers make up the magic formula that mixes carefree pop, uninhibited dancing, costumes and loads of energy. This week there's a costume contest where you can win free entry to El Dirty for you and a friend all year! 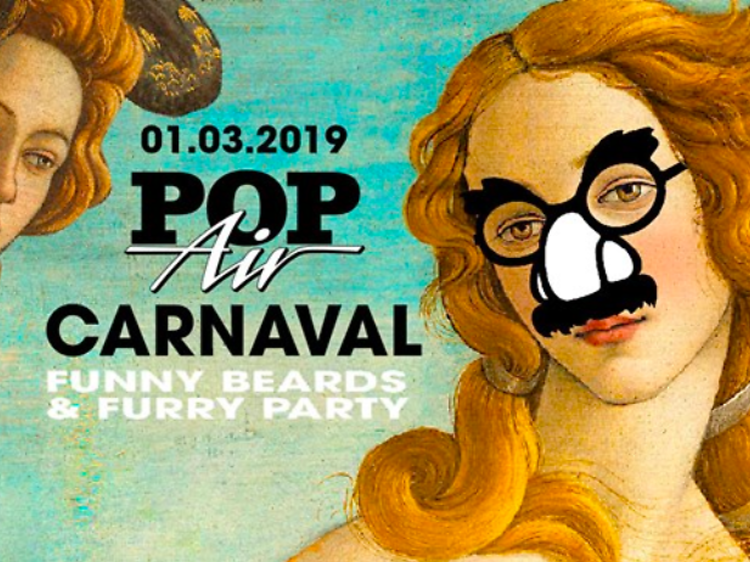 PopAir's Carnival party is back with their favourite tradition of adorning the biggest divas in the world with healthy beards. This time it's Venus's turn as bearded host, and the big party features queen of the party Chica B and mayor of the soirée Albertoto. And be aware there's a costume contest with juicy prizes for those who dare show off the sexiest parts of their anatomy. Carnival at Tango this year goes bearded! 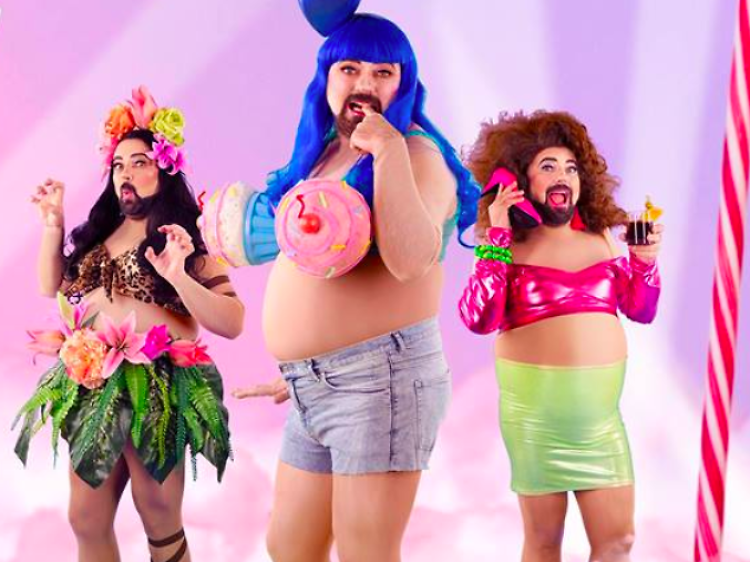 The Tanga party is back with a Katy Carnival special. And for those more into local rumba, you also get, in the flesh, the real Melody! She's been on all the shows in Spain, everyone's seen her grow up and danced to her hits like 'El baile del gorila' and 'De pata negra'. Compete in a costume contest, get a chance to win prizes, and dance in two rooms – one with pop and hits with Alex Marteen, David Mix, DJ Mata and Alex Barros, and the other with Roberto Ferrari playing house music. 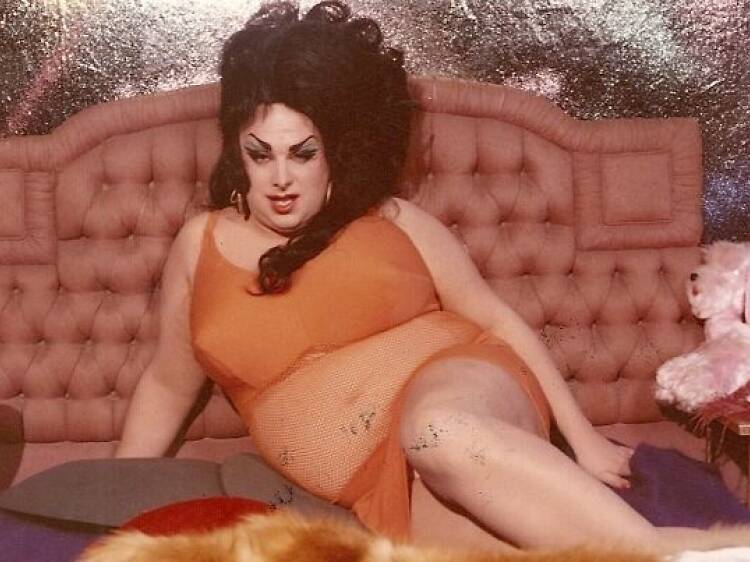 Antikaraoke has got to be the craziest theatrical karaoke in town, where you can sing your favourite songs, be they rock, soul, funk, pop, metal, hip hop or beyond. Antikaraoke, which has been around for 13 years, is a bit hard to define: it's a strange fusion between a rock concert, an underground karaoke and a Broadway show, where what matters is who's singing, not the song itself. With special performances by Marina Salvador and Burlesque Girls BCN. 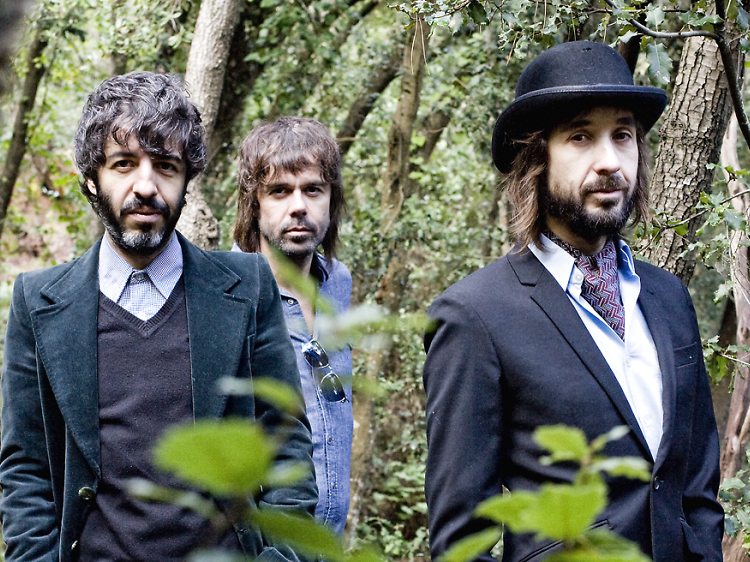 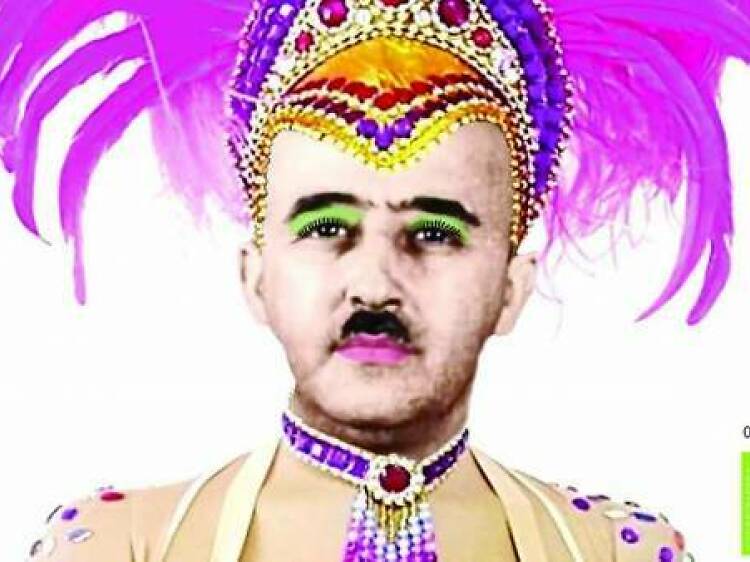 Carnival in the Nou Barris neighbourhood is about to be a huge celebration away from the central neighbourhoods this year. First there's a big parade that goes through the areas of Roquetes, Prosperitat, Verdun, Guineueta, Trinitat Nova, Ciutat Meridiana and Torre Baró, another parade at 7pm that passes through Via Júlia, a big party with prizes for costumes at 9pm in Plaça Ángel Pestaña, and a mascarade dance at midnight at the Ateneu Popular de Nou Barris, with musical accompaniment from La Seva Band and TuBieja. 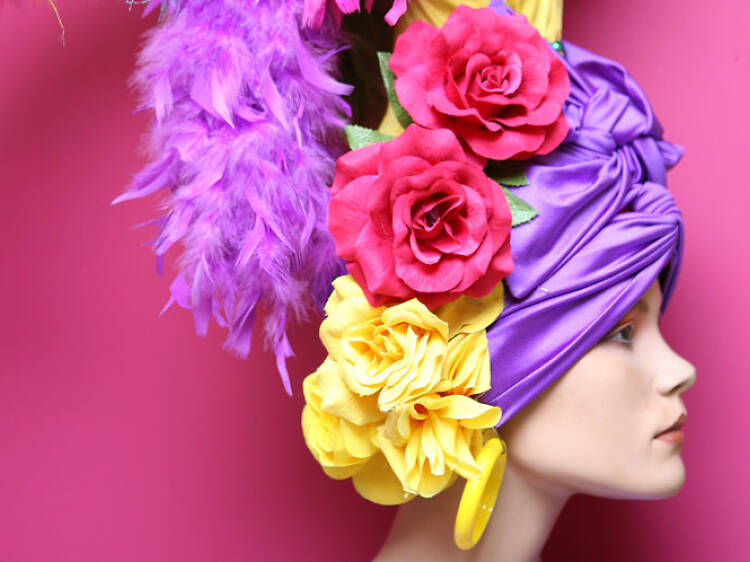 Can't track down that costume? You'll find it here. Hilda's gloves, period costume from the Inquisition, Father Christmas' pyjamas or a bullfighters outfit. This shop is well-loved by those in the know and has a stock of over 15,000 outfits stored away in its innards. 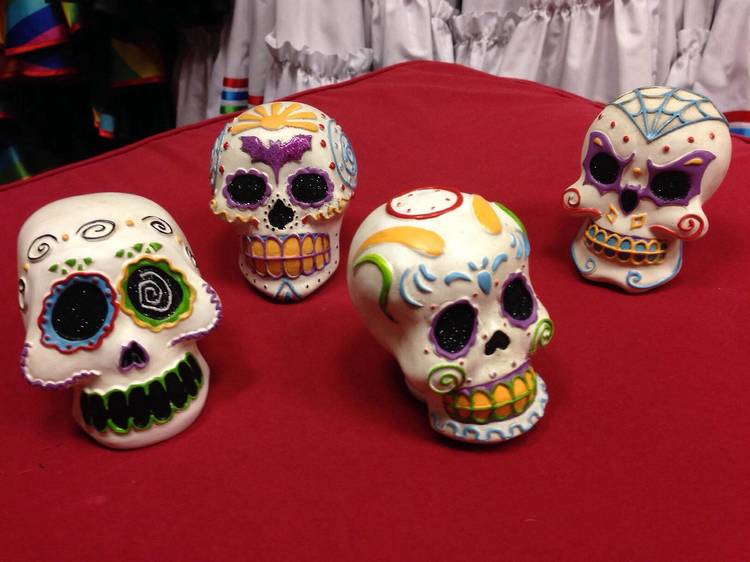 Since 2001, Atucom has dedicated itself to selling and renting costumes and accessories for theatre, cinema and TV, but it's also a place of great pilgrimage for big dates on the calendar that require fancy dress – Carnaval and Halloween. If you're looking for a made-to-order costume, ask for a measurement and an estimate. 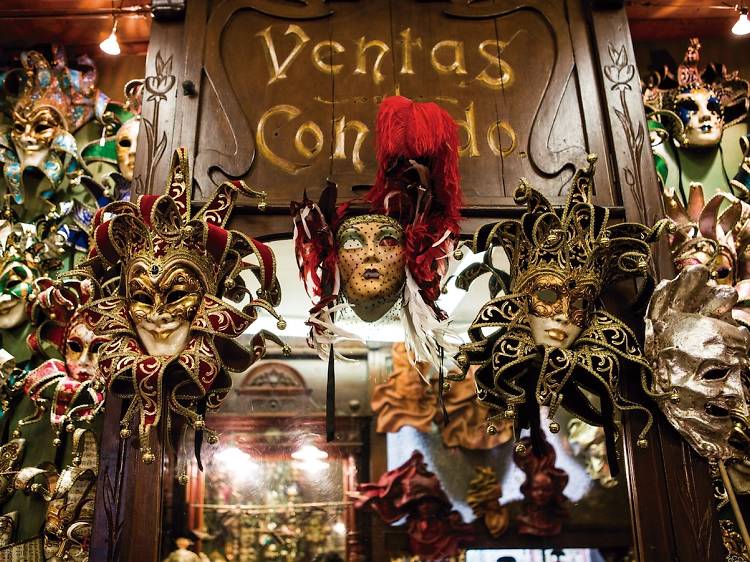 The Catalan tradition of building representative figures out of cardboard (giants, big-heads, puppets, and beastly creatures that take part in festivals) is the essence of this mask-making business, which covers masks from Greek tragedies to Comedia dell'Arte, French tradition to Catalan theatre, and even the Japanese 'Noh'. Their assests include some 300 models of masks that can be mass-produced without losing their artisanal character. Tourists, collectors, and those involved in the stage arts and festivals are the clientele of this shop on C/Princesa where, in addition to the masks you can also find many other cardboard and papier mâché objects. 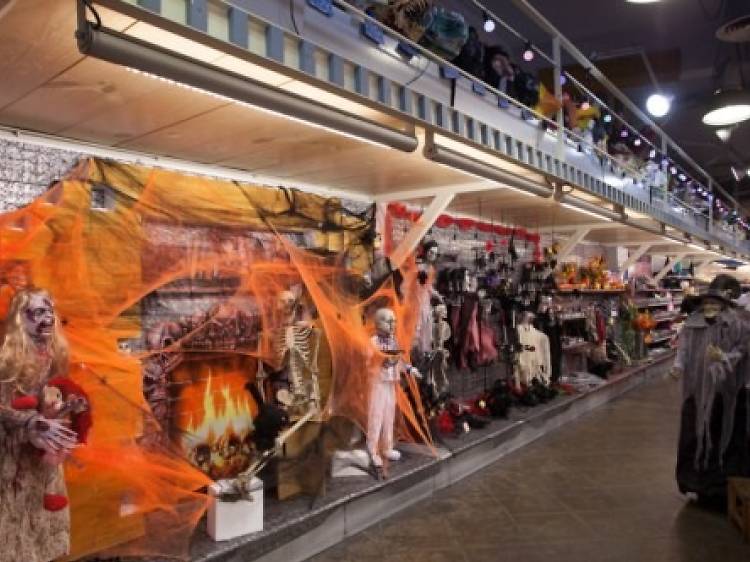 In 1919 the doors opened at Comercial Bolsera, Barcelona's go-to shop for party decorations, gifts, costumes and more, located in the Raval. In 2000 the name changed but the spirit stayed the same: party packs live alongside wrapping paper and bows, as do decorations and materials for crafts. It's hard to leave here empty-handed. 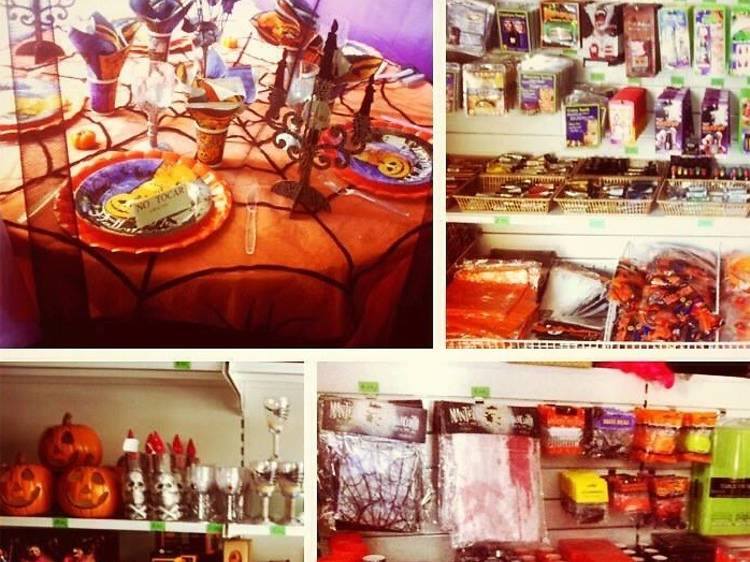 This veteran costume shop sells party favours, Christmas decorations and fireworks. At E Carnaval, kids and adults alike will find costume and accessories perfect for any fancy dress parties or events they're going to, whether it's Carnaval, Halloween or a themed birthday party. 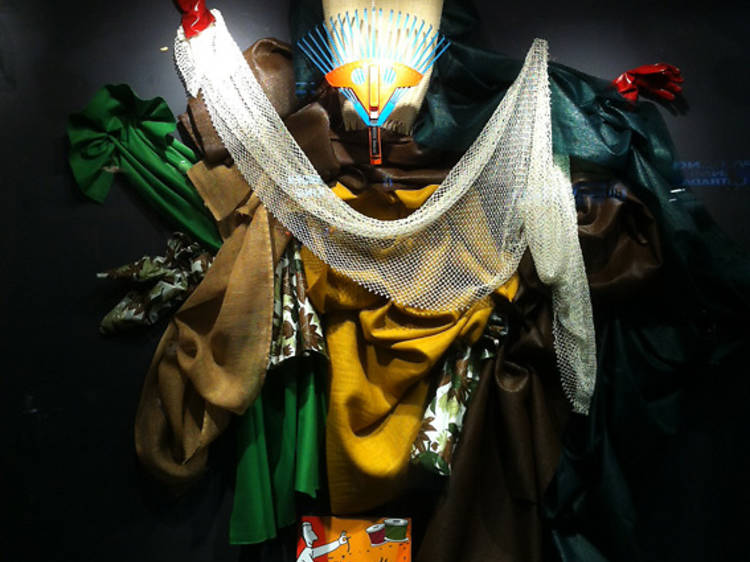 A place where you can find what you need to change a bathroom tap, buy a lamp for the living room, pick up a new shower curtain or a set of knives, and lose yourself among metres and metres of ready-made costumes and material to make your own. Servei Estació isn't just a dream space for those handy around the house, but also a shop where every member of the family can find what they need for whatever activity or hobby they're into. 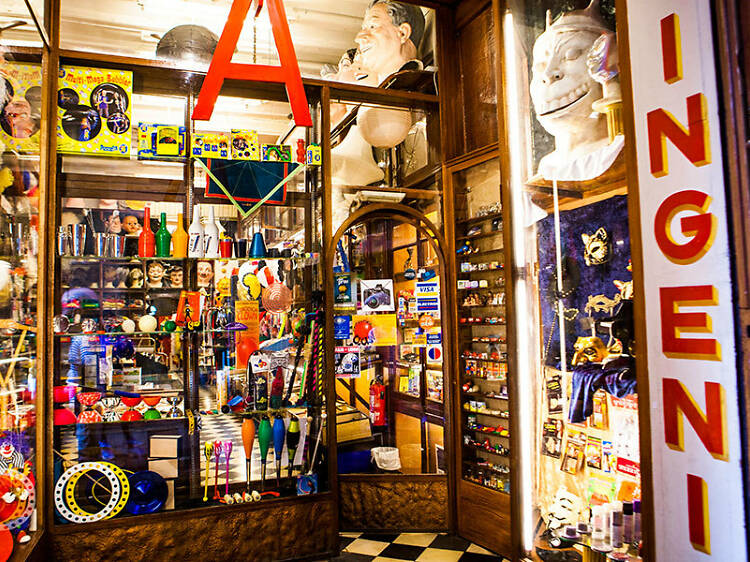 At once enchanting and disturbing, El Ingenio's handcrafted toys, tricks and costumes are reminders of a pre-digital world where people made their own entertainment. Its cabinets are full of practical jokes and curious toys; its fascinating workshop produces the oversized heads and garish costumes used in Barcelona's traditional festivities. 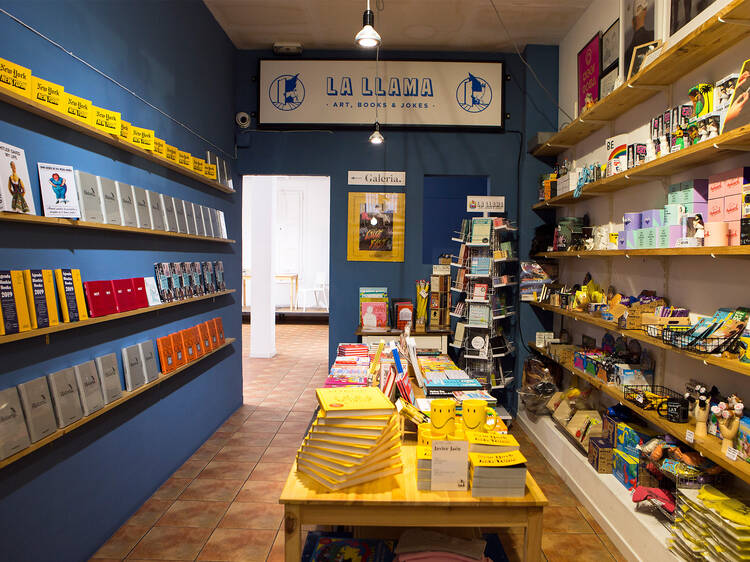 This shop specialises in humour, perhaps even on a worldwide scale, because they approach the discipline from all sides (and take it seriously, we might add). They have books that use humorous tools, from Miguel Noguera to Kakfa, there are Spanish magazines from the '70s such as 'Hermano Lobo', and they have a good selection of joke items and even design objects, with a preference for David Shrigley merchandising and Seletti editions. La Llama also functions as a gallery and hosts stand-up comedy workshops.