The summer Festa Major season is underway, and now it's Poble-sec's turn for its big neighbourhood party, with things to do on every day from July 14 to 23. We've made a selection of activities that are on each day to give you a starting point for getting out and having fun day and night.

Monday 17
This is one of the more relaxing days of the festival, but you can still see Wom (8pm) perform live at the Centre Cultural Albareda in a concert of jazz, bossa nova and soul. At the same time in Plaça del Sortidor there's a concert of opera and zarzuela. And in C/ de Blesa at 10pm you can catch Manolo Da Costa in concert.

Tuesday 18
In the Tres Xemeneies park there's a special edition of the Mercat de la Terra (Earth Market) at 6pm, selling only local produce. Kids' workshops to make masks and bracelets are on at 7pm in Plaça Navas. And as part of the Cultmusic cycle you can check out concerts in C/ de Blesa from Mundo Indómito (9.30pm) and Tigre Show System (11.30pm).

Wednesday 19
Plaça Santa Madrona hosts a dessert competition at 6pm, as well as a performance by the Poble-sec 'tabalers' drummers. Once again in C/ de Blesa, at No 36, catch a concert by Mabel Flores Project (9.30pm), and The Four Nuts Gang are on in C/ de Blai, No 8, with their swing-rock at 8pm. At 10pm in Plaça del Sortidor, dance to the Balkan Paradise Orchestra with La Raposa.

Thursday 20
Between 5pm and 9pm you'll find a blood drive on in the El Sortido civic centre if you're so inclined to donate. At C/ de Blesa, 36, Perrocker performs live music at 9.30pm. Where C/Roser meets C/Magalhaes you'll find concerts from Luisa Cruz and Edi Barceló (10.45pm) with a mix of bossa nova and samba. At the Parc dels Tres Xemeneies, among the many performances, check out Morosito (7pm) with rumba music, and Dub Soul Sound System (8.30pm) with electronic music.

Friday 21
At 8pm it's time for a community sardine feast in Plaça del Sortidor, and also starting at the same time in the Parc dels Tres Xemeneies you can catch live music from Ascensa Furore and Roba Estesa, and a DJ session from DJ Rat. In Plaça Navas there's a dinner and habaneras with the group Mar Brava (9.30pm). In C/ de les Hortes, concerts and sessions start at 10pm with Arròs Bomba, Les Cruet and DJ Unclo Garrot.

Among the other concerts on Friday, we recommend those being organised by Psycho Rock'nroll Club in C/Piquer, 27, featuring the groups Deadyard (high-energy punk at 10pm) and Pow Pow Pows (power pop-rock at 11pm), and the concerts brought to you by Sala Apolo on the stage in C/ de Vila i Vilà, where you'll see Her Little Donkey (7pm), Fighter Pillow with their guitars (8.20pm), Guay (9.30pm), and garage rock from Holy Bouncer (10.30pm), as well as a rockabilly and surf music session from DJ Turista Bang Bang (midnight).

Saturday 22
The biggest day of the festival features the typical Festa Major feature of a 'correfoc'. This exciting 'fire run' starts at 10pm in Plaça Navas and sparks its way along Oliveres, Bòbila, Mare de Déu del Remei, and to Santa Madrona. There the parade ends and a dance kicks off with music from Orquestra Kràter (11pm).

During the day of course you'll also find cultural activities: the El Sortidor civic centre organises a visit to Refugi 307, MUHBA; CERHISEC puts on a route called 'The Origins of Paral·lel', which starts at 1.30pm at the meeting point in Av de Paral·lel at the corner of Poeta Cabanyes. Things to do for the whole family start at 11am in the Fabià i Puigserver gardens thanks to the El Mirall group.

At night it's time for live music and DJ sessions again. Highlights include Sec a Sac at the Parc de les Tres Xemenies, with groups Skatuttipresto, Train to Roots and DJ Minino. It's also the second and final day of the free concerts on the Sala Apolo stage in C/ Vila i Vilà with live shows from Poseguera (7pm), opening the night; Malachi Estéreo (8.10pm); Las VVITCH (9.15pm); the classic karaoke session with the band Vàlius (10.15pm), and a session with DJ Mr. Majestyk.

Sunday 23
What better way to end the Festa Major than with a good community meal. You'll find grilled meats in C/ de Blai (1pm), paella on the corner of Elkano and Margarit (1pm), community lunch in the Fabià i Puigserver gardens (1pm) and a barbecue in C/Roser (11pm).

If you're really feeling the summer heat, head to Plaça Navas for a foam party (6pm). And as usual, one of the final events is the popular Baixada de Carretons (5pm), which are home-made vehicles 'racing' down C/Fontrodona (5pm). Habaneras and 'cremat' (a hot rum drink) with the Orquestra Mar i Vent (7.30pm) in Plaça Santa Madrona bring an end to one of the most popular annual summer festivals in town. 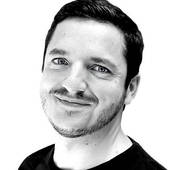