Calafell lies in the heart of the Baix Penedès area, welcoming visitors to the Costa Daurada. Its beaches are lovely in summer, but the friendly town also has fun things to do all year round, especially for families. 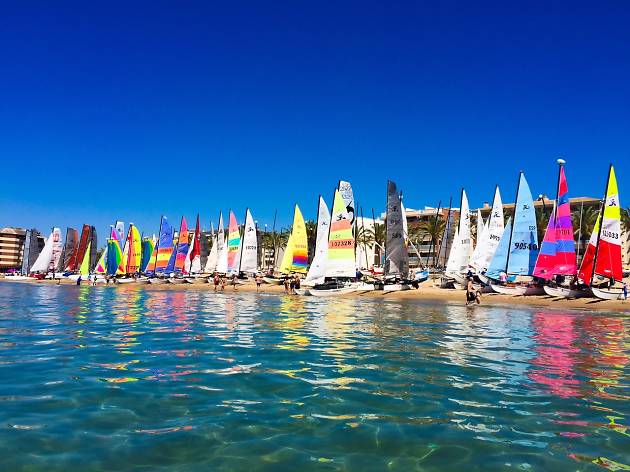 What sports really get you moving? In Calafell you'll find a big variety of sporty activities: sailing, golf, mountain biking, hiking, Nordic walking... And you can do them all in spectacular surroundings that will leave you breathless. 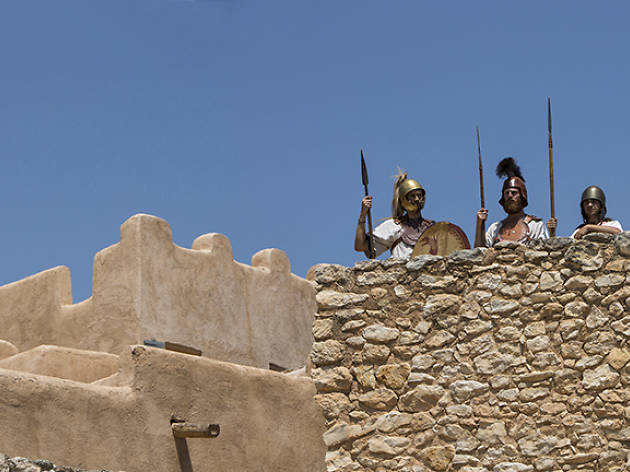 If you're a history buff, you won't want to miss this visit to the Calafell Iberian Citadel, a singular cultural space where two decades of archaeological excavations have allowed for an in situ reconstruction of the site. Following rigorous studies, the archaeologists have reproduced the aspect of the walls, streets and homes as they were between the sixth and first centuries BC. The tour is meant to be a jump back into time, facilitating the understanding of the ways of life, customs, and basic characteristics of the Iberian culture. 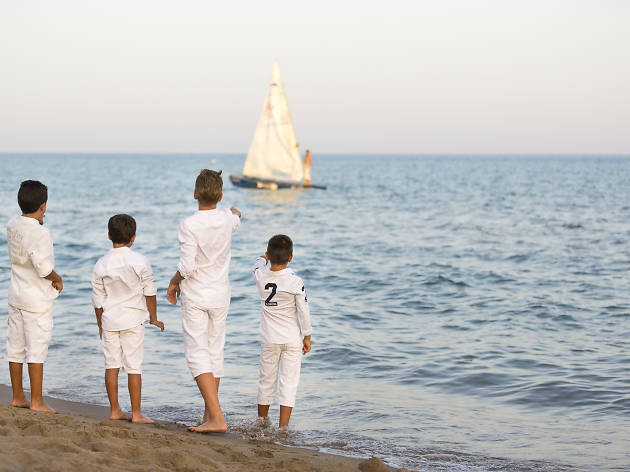 If you love being by the water, we suggest walking or cycling along the seaside promenade that's nearly 5 km long, while you watch the waves splash against the shore and enjoy the golden sand. Another alternative is to go to Port Segur-Calafell and take advantage of the services they offer; you could do a bit of sport fishing, or if you'd rather stay on land, there's basketball on offer as well, for example. At the port there are plenty of shops, and you'll find great restaurants as well. 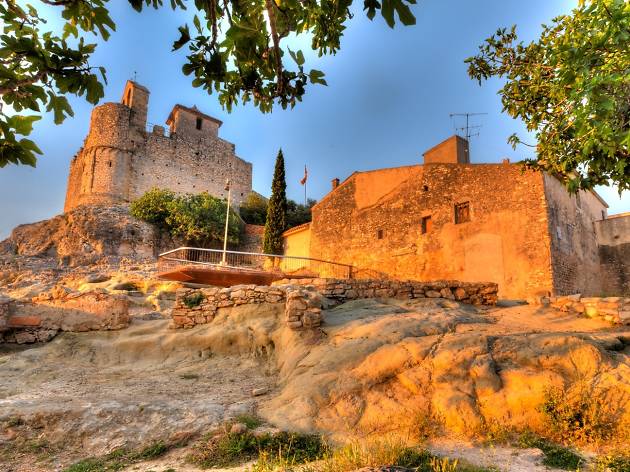 Today you can explore Calafell’s medieval old quarter and the 11th-century Santa Creu Castle that reigns above it all, and where there are also remains of peasant dwellings and grain storage from the 8th century. The guided tour will tell you about how the castle was destroyed in the 17th century, although the church, its Santa Cruz altar and its anthropomorphic tombs are still in fairly good condition. The bell tower, underground cells and water cistern are also well preserved, and visitors can see graffiti written by the prisoners.

Another local place of interest is the Casa Barral Museum, housed in an old fishing shop where the poet, editor, writer and politician Carlos Barral lived. Since it opened a little over a decade ago, the house-museum has welcomed some 10,000 visitors and has hosted loads of activities, among them concerts, book presentations, talks, conferences, poetry readings, literary days and writing workshops. The mission of the Casa Barral Museum is to study and advocate literary and publish works by Barral and about the maritime past of Calafell, but it's alsoa space where people interested in literature and culture in general can meet up – a good place, with the flavour of the sea, to end your getaway to Calafell. 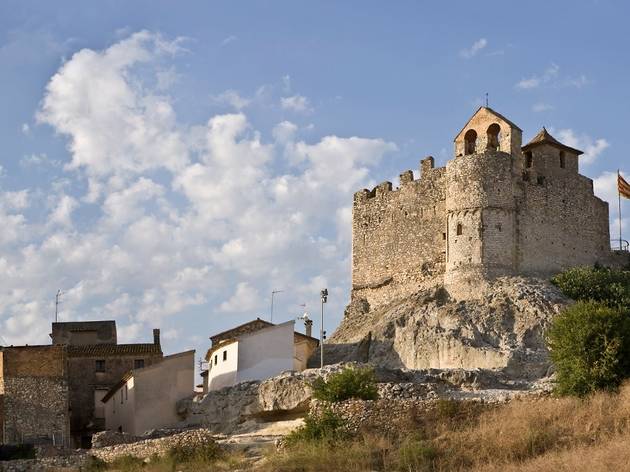 Offering magnificent views over the plains of Calafell, you’ll reach this hilltop castle by walking up along narrow streets with a medieval air. It was built here in the twelfth century during the reconquest and repopulation of the territory against the Moors and the old town of Calafell grew in its sheltering shadow. You’ll see the remains of the medieval necropolis with tombs carved into the rock. Above the church is the comunidor, a square building that was open to the four winds and storms and was reputed to ward off both storms and demons and bless the town. You can still see cannon holes in the castle walls. 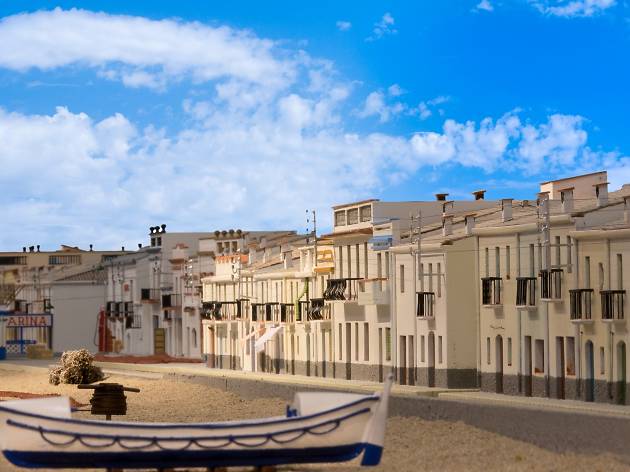 The building of the old association of fishermen, the emblematic Pes, is now a study centre that explains a bit of the collective past of Calafell and its fishing history as well as the recent history of the seaside town. the space was created to keep alive the legacy of the 'most wooden' beach on the Catalan shore, as writer Carolos Barral called it. Get to know how the community lived and built itself up, the relationship between patrons and 'remitgers', workers of the sea and land, their social and cultural expressions – a way of life that takes you back to the last century. 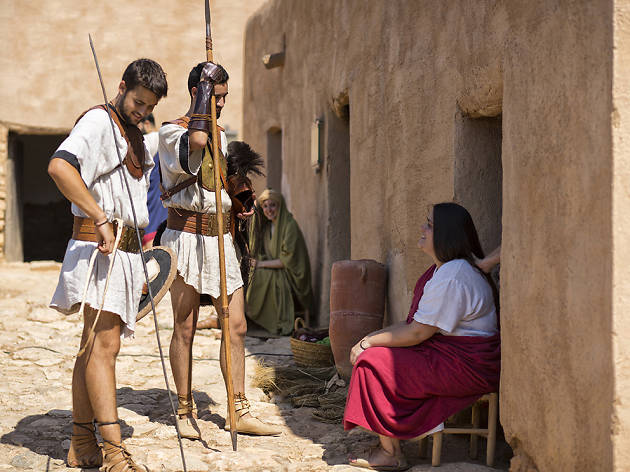 There are not many places where you can stroll around a reconstruction of an Iberian settlement “in situ”. Following meticulous research, the archaeologists here have reproduced the walls, streets and houses that stood here between the 6th and the 1st centuries BC. 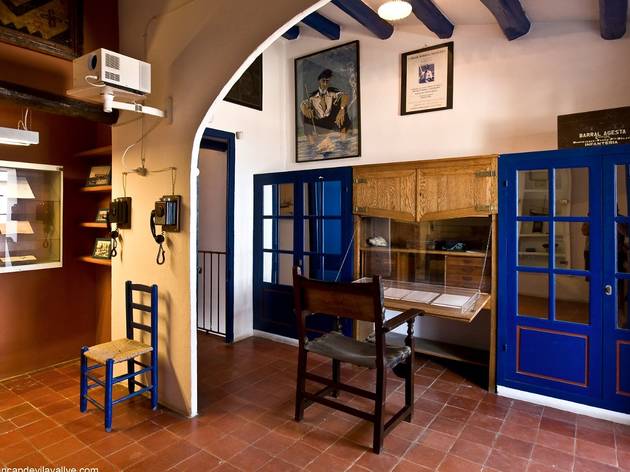 Home of writer and publisher Carlos Barral and one of the few of the old fishermen’s supply shops left in the village. The centre aims to recuperate and promote the traditions and customs of the seafaring community of Calafell and to promote Barral’s literary and publishing work.