There are many towns in the Montseny area that visitors tend to go straight past on their way to the fabulous eponymous mountain range, or where they stop for a quick break before heading to the Santa Fe reservoir or the Turó de l’Home peak. However, on this trip, you’re going to take a more in-depth look at a few of these places, getting to know their streets, churches and buildings – they're all worth visiting in their own right, and have the wonderful backdrop of majestic summits that makes them even more appealing. 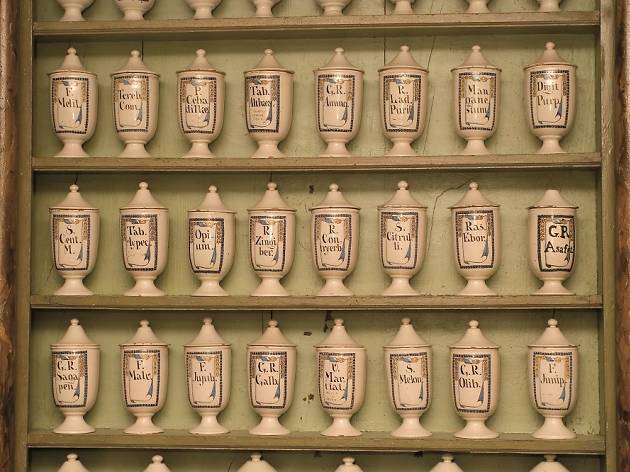 Spend your first afternoon in the Vallès Oriental in Cardedeu. Try not to hang about too much because the town has a lot to offer, starting with a good number of modernista houses, the majority of which were designed by Manuel Joaquim Raspall (1877-1937), this region’s greatest architect. In fact, his style is more accurately described as ‘noucentista’ (dating from the first three decades of the 20th century) as Raspall is part of the generation of architects who followed Gaudí, Puig i Cadafalch and Domènech i Montaner; much of his work features the style that gradually substituted the modernista one developed by these accomplished men. Be sure to see Casa Viader, the summer home of Marc Viader (the man who invented Catalonia’s favourite chocolate drink, Cacaolat), and the Masó and Golferichs houses. As the saying went in the early 1900s – ‘a box at the Liceu opera house and a house in Cardedeu’, indicating the importance of the town as the place where many well-off Barcelona families had a second home.

Make sure you save an hour or so to visit the Tomàs Balvey Museum-Archive. Coming from a long line of chemists, Balvey (1790-1852) was an aficionado of collecting a variety of things. Thanks to this hobby, today the town has a varied and valuable museum, located in what was the residence of one Dr Daurella, just by the town hall. On the third floor of the building, you’ll find an eclectic range of objects: coins, clothing, tools, weapons, dissected animals, sculptures... On the second floor is the undoubted jewel in the crown, the original furniture from the Balvey chemists, dating from 1812, with more than 200 pots from that period. It’s thought that the chemist shop of Cardedeu is, along with the one in the Catalan enclave in France of Llívia, one of the oldest in Europe. The first floor houses the archive, while the ground floor has temporary exhibitions, as well as the local tourist office, and leads out into a long garden, which is full of medicinal plants.

Finally, before leaving Cardedeu, don’t forget to try the traditional 'borregos' biscuit, which are mentioned in documents dating from the late 18th century. These rectangular hard pastries are often eaten after dunking in milk or sweet wine. 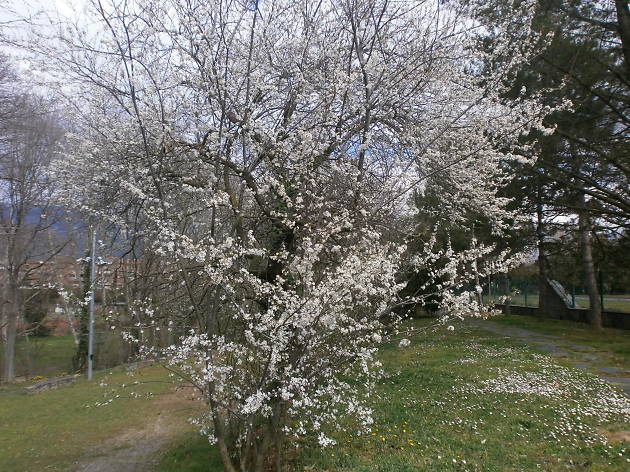 Montseny has long been described as a unique place thanks to its rich, varied vegetation, which creates a collage of landscapes that range from the Mediterranean climate to those more commonly seen in central Europe. It’s not strange, then, that UNESCO has declared it a Biosphere Reserve. And what better place to create an arboretum than at the base of the mountain range? It’s located in Santa Maria de Palautordera, an enclosed space that has extensive opening hours, and a stream runs alongside it making the area even more beautiful. You’ll find around 80 species of tree, as many as you’ll find in the Montseny park itself. Each tree is marked in front with its name and a small description. This is a great place for families, as it has picnic areas, swings for children, and a pond with ducks and fish.

We’ll spend the rest of the day getting to know the cultural heritage of Santa Maria de Palautordera. Start at the church, a gothic building that has a bell tower made from the old tower of a 13th-century mansion. Next walk down C/Major and take Passeig del Remei, which features various modernista houses. At the end, you’ll find the neoclassical hermitage of Remei, next to what was once the chapel of Sant Sebastià, and is today a private home. Other places of interest in the town include summer residences, country homes and the surprising ‘broken bridge’ across the Tordera river, half of which is in Santa Maria de Palautordera (which retains its original features) and half in Sant Celoni (which was reconstructed in a modern style in 2005).
Advertising

On your last day in the area, start with a walk to Sant Antoni de Vilamajor, where you can spend the morning following one of the four walking tours organised by the town hall and Diputació de Barcelona. Of the four, we suggest the Country House and Traditional Paths Route ('Ruta de les masies i els camins tradicionals'), a straightforward circular tour of about 9 km that you can be completed in around three hours.

The route starts in the park of Can Sauleda, from where we’ll follow the course of the river to a GR (walking route) and C/Vell, the old Ral de Cardedeu path. It doesn’t take long to arrive at the next landmark, Can Betran, one of the most famous houses in the village, and the Nata path, from where you can get spectacular views of the highest peaks in the Montseny. On the old path of Can Rossinyol, look out for the stone milestones, while in nearby Can Collet are three houses that date from between the 16th and 17th centuries. One is now a restaurant, and another a farm school. Can Rovira Coll, the Torrent de Vallbona and Can Ribalta are other attractions on this route that will let you find hidden landscapes and houses in the surrounds of Sant Antoni de Vilamajor. 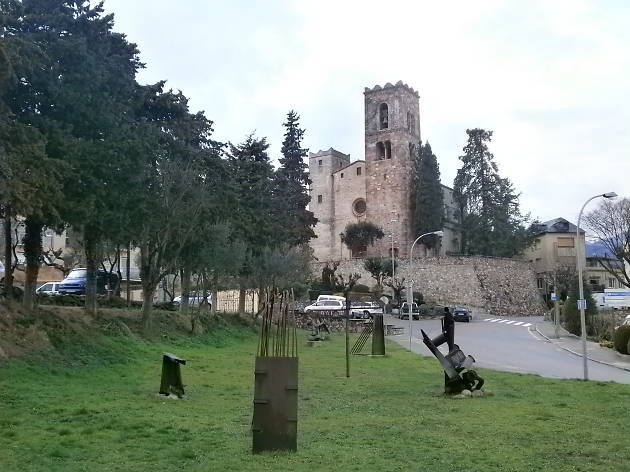 After lunch, it’s time for your final visit of the trip. You don’t have to go too far from Sant Antoni to get to its neighbouring town of Sant Pere de Vilamajor. In contrast to your country walk this morning, this afternoon you’re going to do a walk around the old town, La Força, declared a Cultural Asset of National Interest and which, centuries ago, was a fortified space around the castle of Vilamajor.

Today the remains of this castle, one-time residence of the counts of Barcelona when they governed in this area and where it is said that King Alfons I of Catalonia (1073-1134) was born, include the Red Tower that was converted into a bell tower for the church of Sant Pere. There are currently archaeological excavations going on in this area that are sure to uncover items of interest, not only because the castle was constructed around a thousand years ago, but also because previous findings in the town prove that Iberians and Romans passed through the area.

There you’ll also find La Mongia Information Point, a good place to go to make sure you don’t miss any of Sant Pere de Vilamajor’s historical centre. For instance, the walls and cemeteries that can still be seen, Can Vila, the former defensive tower of the castle, and the so-called Black Tower (Torre Negra), the highest point of the mound of Sant Pere church.

Finally, take a leap through time even if not through space, because nearby you’ll find La Rectoria, a country house that dates from 1639 and is nowadays an art centre where numerous artists have done a residency. On the front esplanade are various pieces of mdoern art, in the same style as the work dedicated to King Alfons I behind the Sant Pere church. Enjoy seeing the past and present united together before heading home. 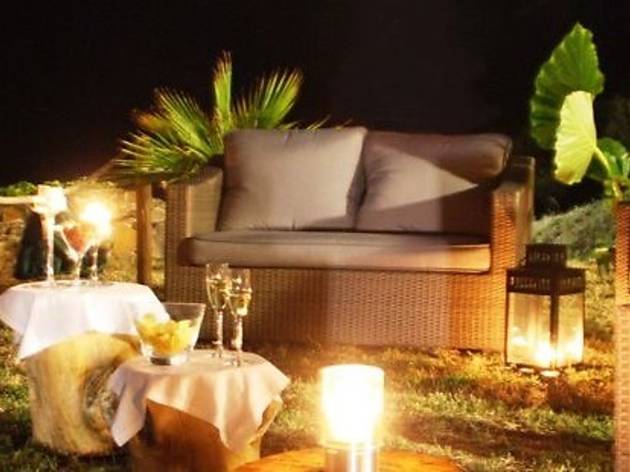 Can Cuch opened its doors as a hotel-restaurant just a couple of years ago so, even though it's located in a traditional Catalan country house ('masia') whose origins date from the tenth century, this hotel feels brand new. You can enjoy its charms in many forms: welcoming and carefully designed bedrooms, a chill-out terrace with spectacular views of the Vallès region, and a natural stone wine cellar. If you’re looking for a place for an unforgettable romantic getaway, this is the hotel for you. 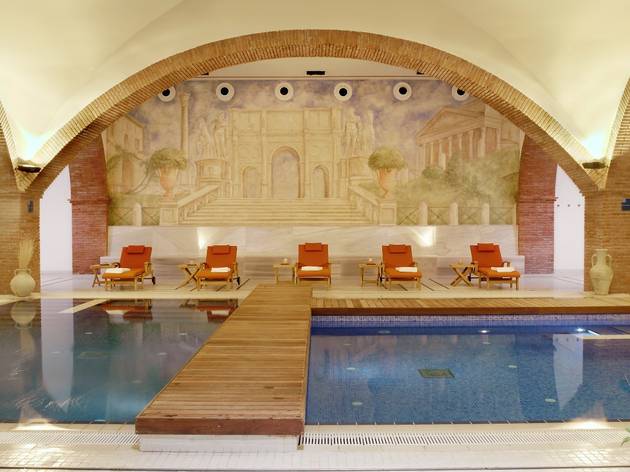 This hotel is in the heart of La Garriga, a town famous for its spring waters and where you can see many historical Modernista summer homes, and go on loads of walks and hikes. If you’re looking for a specific kind of treatment or just want time to relax, take a break in the Gran Hotel Balneari Blancafort, where you’ll receive a complimentary glass of cava on arrival, and they’ll show you their facilities and services on offer. Check them out online to find special packs available, with an extensive range of services available at reduced prices. 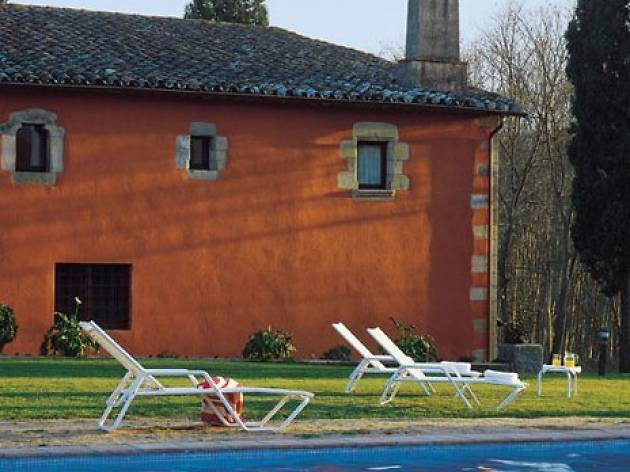 Masferrer is the oldest country house still standing in Gualba. Restored and converted into a charming hotel with a lot of personality, it has 12 bedrooms, a swimming pool for taking a refreshing dip, a garden to wander through, and a magnificent restaurant located in its former stables. All in all, this gem is a place of peace and tranquility surrounded by nature. 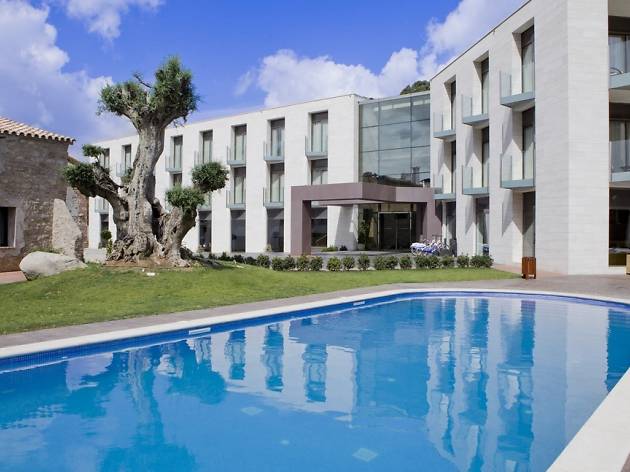 This magnificent four-star hotel that was inaugurated in 2012 and is divided into two very different parts. One is the old rustic country house, where you’ll find the spa and more-luxurious bedrooms; the other is a modern building, with shared services and the majority of the bedrooms. In between the two is a relaxing garden with a swimming pool, all set in the town of Vallromanes, which itself is a haven of calm. Don’t miss the hotel restaurant – try some traditional Catalan dishes created with unique special touches. 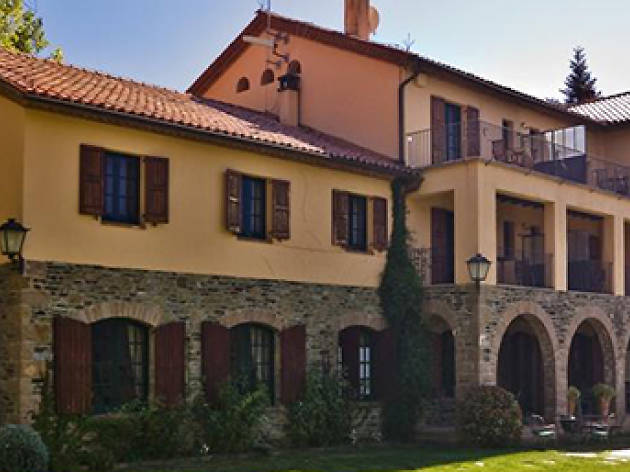 In this three-star hotel surrounded by the mountains of Montseny, in an idyllic spot with a romantic ambience, you’ll feel as though you were part of nature and imbued with romanticism. The hotel has a swimming pool as well as an excellent restaurant, La Borda de l’Avi, which serves traditional food. It's also an excellent choice if you want to go walking through the park of Montseny, which is beautiful at all times of the year and has been declared a UNESCO Biosphere Reserve.