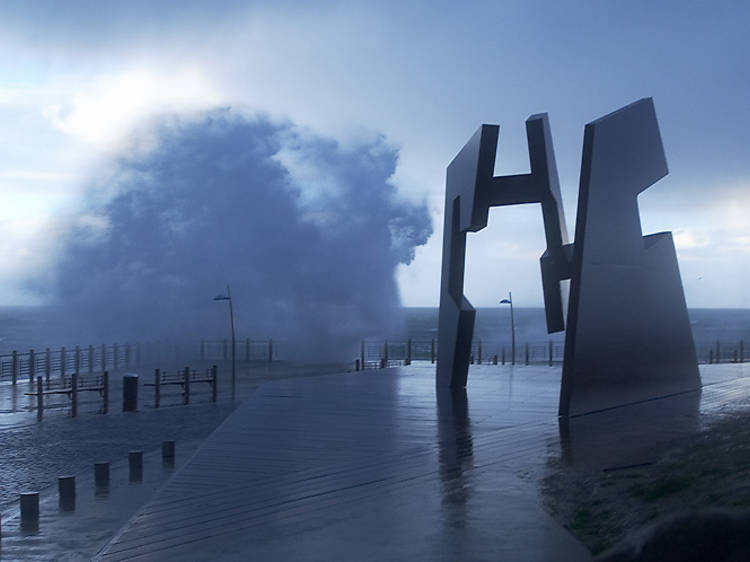 Donostia/San Sebastián has a weakness for sculptures; and they are artistically dotted all over the city. The most well known of these is Eduardo Chillida’s El Peine del Viento (The Wind Comb), three spectacular steel pieces with which the artist wished to ‘caress’ the indomitable Cantabrian wind. It’s located near where he lived, at the end of the promenade that now bears his name. Donostia/San Sebastián’s other iconic sculpture is Jorge Oteiza’s Construcción Vacía (Empty Construction). Located in Paseo Nuevo, the work serves as a frame through which you can see the waves breaking against the sea wall. The spectacle is even more breathtaking in winter when the waves can reach several metres in height. 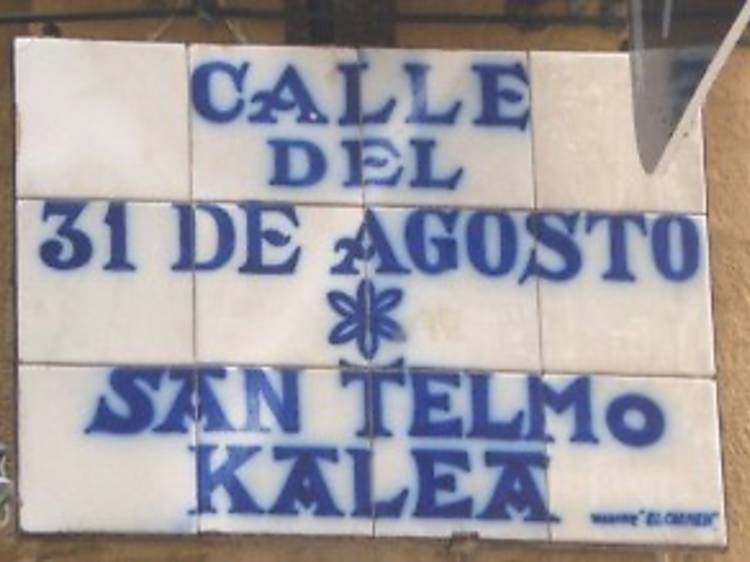 During the Napoleonic invasion, Donostia/San Sebastián was under French rule from 1808 until to June 1813, when the Anglo-Portuguese troops laid siege to the city in order to liberate it. The siege lasted two months and ended on 31 August when the allied soldiers marched into the city and, for the next six and a half days, ransacked and burnt all its buildings. Only 35 houses were left standing. These were in Calle Trinidad and were subsequently used to house the English and Portuguese officers. The street was renamed Calle 31 de Agosto in remembrance of these events. This tiny corner of the original city is one of Donostia/San Sebastián’s loveliest areas. It’s a nice place for a stroll, especially during lunchtime at the weekend when it’s buzzing with the locals who assemble to ‘hacer el vermut’ (originally referring to the drink vermouth, but evolving into a social tradition involving some light bites too). This street is also home to the Pensión Amaiur, an attractive, affordable and relaxed accommodation option, which has the added bonus of being located in the oldest house in the city. 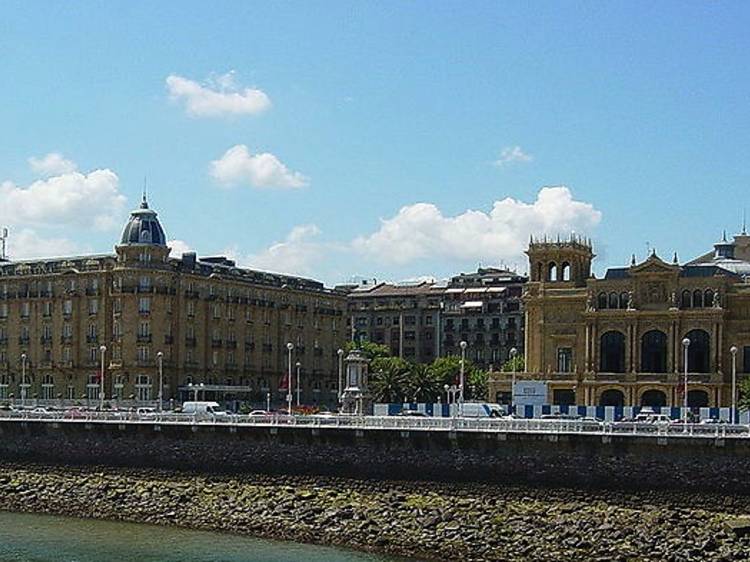 A cobbled area at the mouth of the River Urumea is the setting for these two century-old buildings that are inextricably linked with the city’s glorious past. The theatre sits in a unique neo-Plateresque building which, for decades, was the main venue for the city’s International Film Festival. In 2012 both buildings celebrated their centenaries. 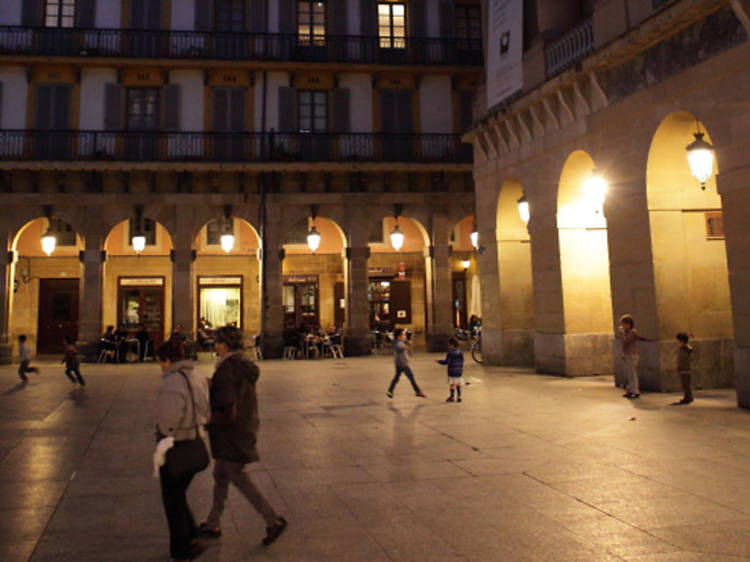 Set in the heart of the old town, the square was constructed on the site of the city’s old bullring, following the devastating fire of 1813. It has witnessed many of Donostia/San Sebastián’s most important historical moments and is one of the locals’ favourite places to have a few drinks at its outside tables. It’s also where the flag is hoisted on San Sebastián Day and plays host to concerts and other cultural events. 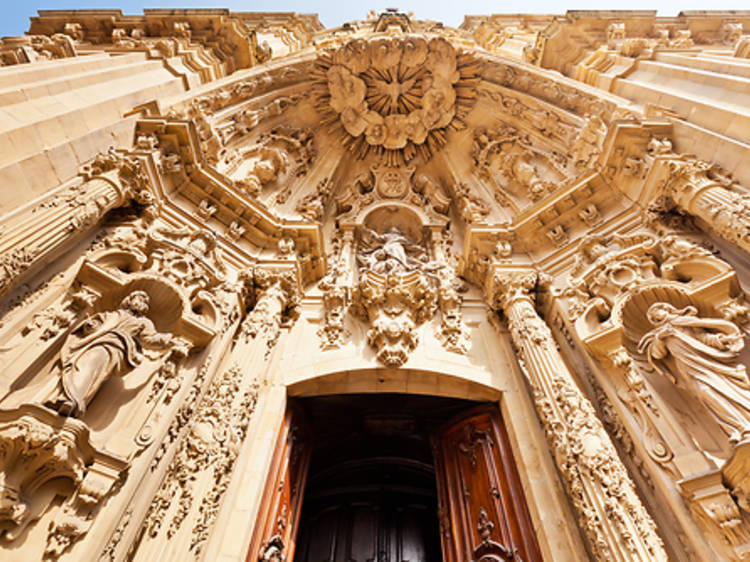 The city’s finest example of Baroque and Churrigueresque architecture and one of the iconic buildings of Donostia/San Sebastián. Inside is a figure of the city’s patron saint, Nuestra Señora del Coro, as well as the 16th-century Cristo de la Paz y Paciencia (Christ of Peace and Patience), among other treasures. 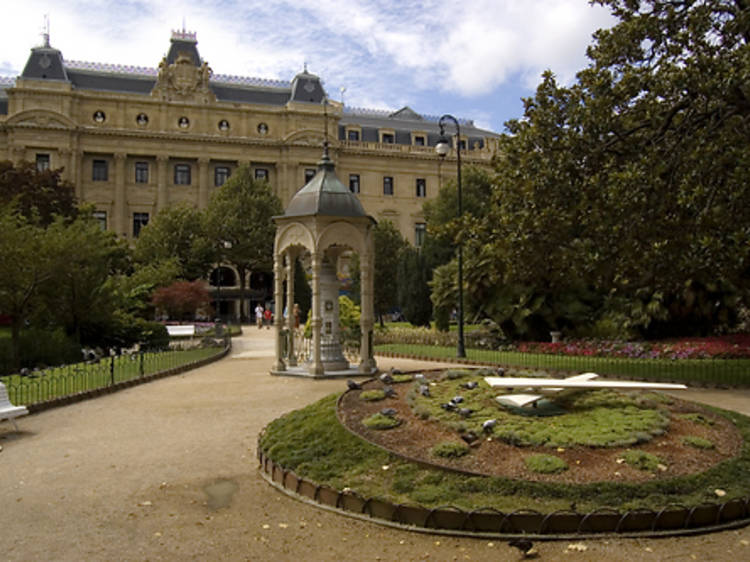 This charming park could almost be a little patch of English woodland transplanted into the centre of the city. It was designed by the renowned French gardener Pierre Ducasse, and contains a dazzling variety of trees, flowers and plants, as well as an ornamental lake that is home to ducks and swans, providing sure-fire entertainment for smaller children. A wooden bridge across the lake leads to a small pond full of water lilies. 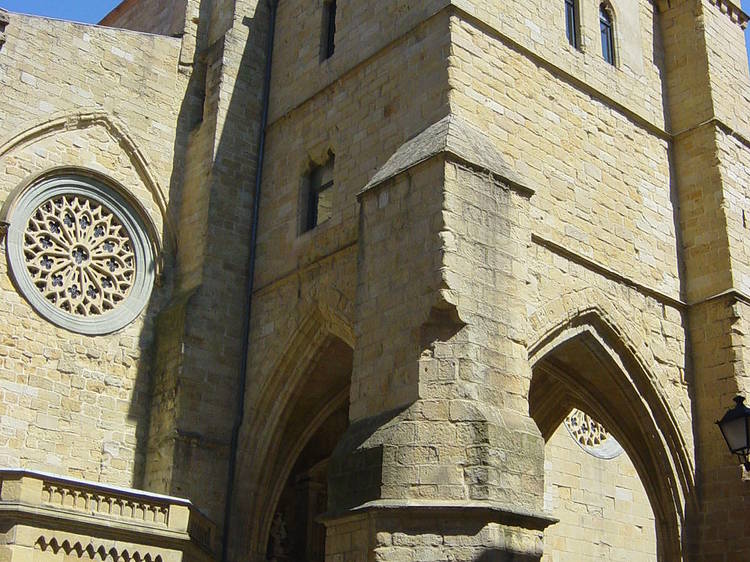 Built in the 16th century in the Gothic style, this is Donostia/San Sebastián’s oldest place of worship. The central altarpiece is regarded as one of the best examples of Romanesque art in the world. 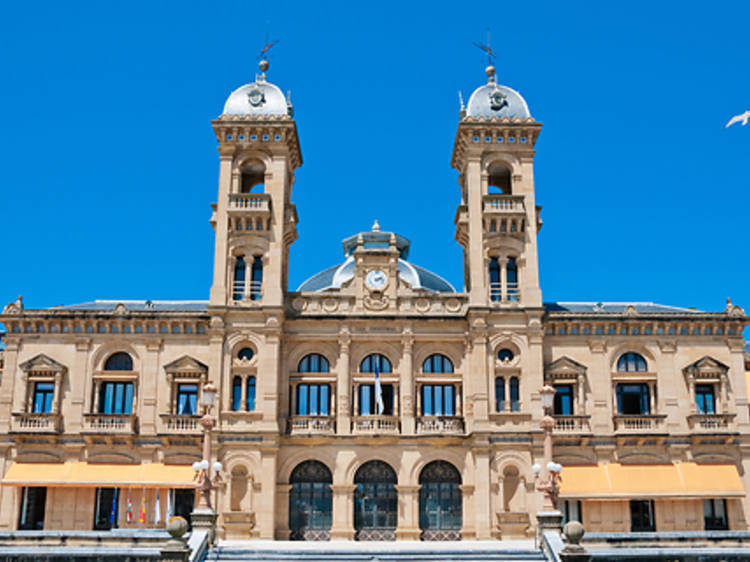 Sitting at one end of the Alderdi Eder Gardens, the seat of the city council was built in 1882 as a casino. Its eclectic, monumental style was inspired by the great gaming salons of Europe. The town hall of Donostia/San Sebastián is the ideal location to start and finish some of the sightseeing routes around the city: on one side lies the elegant and lovely promenade that runs along La Concha beach offering unbeatable views of the bay; on the other side you can find the endless attractions and hidden corners of the old city where the palate is once again the protagonist. 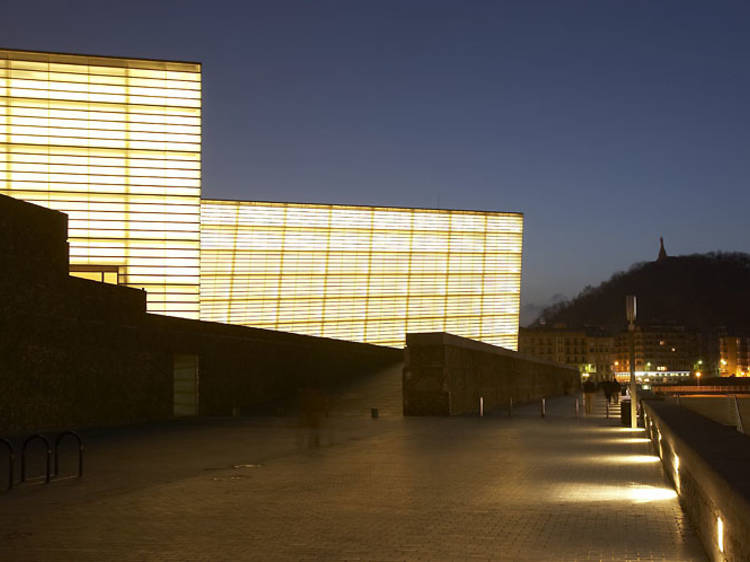 The Kursaal, designed by Rafael Moneo, is the modern architectural ensemble that most perfectly captures the essence of the city. It was built to host cultural events and conferences. The rest of the time it’s closed to the public, but the Kubo-Kutxa room, an annexe of the main building, is open to the public and offers a continuous programme of exhibitions. Free admission.
www.kursaal.org
Back to 101 things to do in Donostia/San Sebastián