Don’t let the snowstorms afflicting part of the country fool you: Spring is officially upon us. There is no longer a need to warm yourself up with 12% imperial stouts and barleywines (though if you do, we won’t judge). Our new craft beer recommendations for April feature a quartet of traditional styles, each with their own modern flair. These beers are all under 6% ABV because, well, you need to pace yourself. We know the sun is out and you’re itching to go hard, but these light beers are a perfect way to ease back into session drinking. And, because warmer weather calls for a whole lot of outdoor activities, we suggest you browse through our lists of best hiking trails in America, best extreme outdoor adventures in America and, of course, best national parks in the U.S. 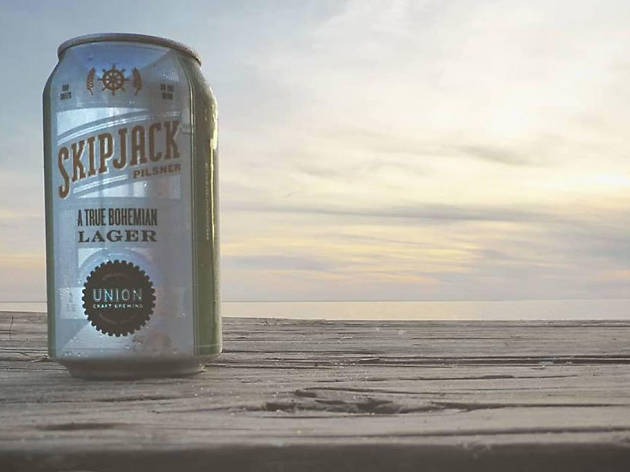 Strange things are growing in the soil of Hickory Corners, Michigan. That’s where Hop Head Farms is planting Pacific Northwest and European hop varietals, and the resulting crops are reflecting this unique terroir in fascinating ways. One of the most notable examples is Zuper Saazer, a pungent derivation of the classic Czech Republican hop Saaz that’s earthy and herbal with a citrusy American twist. This hop recently found a wonderful showcase in Union Craft’s Skipjack, a perfectly crisp lager that—aside from a small dry-hop—is brewed traditionally with Bohemian pilsner malt and a proper step mash. It’s everything a pilsner should be: refreshing but flavorful with a hint of bitterness and a distinct hop character that keeps you coming back for more. With a cooler full of Skipjacks, mowing the lawn or a premature trip to the beach is infinitely improved. 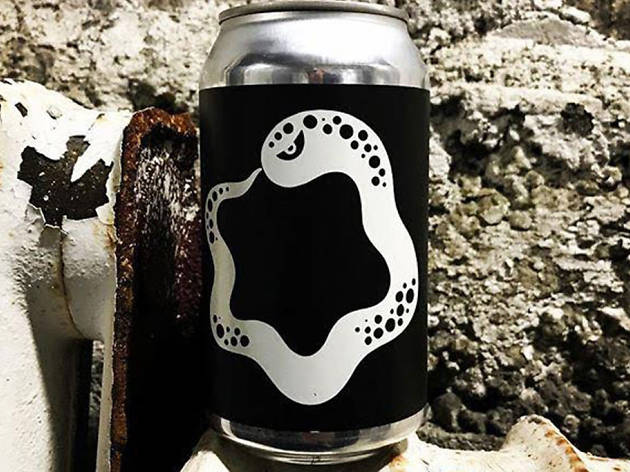 Marshmallows, strawberries, French fries, graham crackers: The ever-growing list of foodstuff that Omnipollo has gleefully thrown into its IPAs is approaching comedic levels. It’s easy to forget that the Swedish “gypsy brewery” is capable of making a fantastic IPA with just yeast, grains, hops and water. Thankfully, mastermind Henok Fentie will occasionally knock a (comparatively) traditional take on the style out of the park. The latest example: Beglo. Like last year’s Lustro, the 6% ABV brew weds the light body and assertive bite of West Coast IPAs with the lush mouthfeel and hazy visage of New England IPAs. This beer is single-hopped with the Pacific Northwest varietal Simcoe, showcasing the hop’s grapefruit characteristics with a hint of pine. 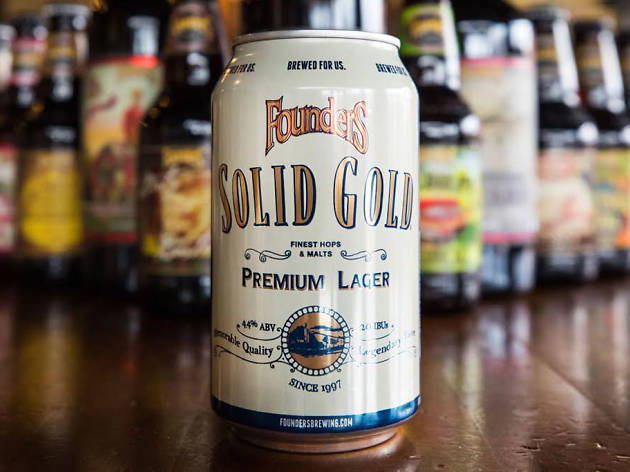 For decades, craft beer defined itself in opposition to the adjunct-spiked “premium” lagers like Budweiser and Miller High Life. Even though rice and corn have a place in America’s rich pre-Prohibition brewing history, and they can lend a beer a lighter body and better head retention, a stigma perennially surrounded the use of the ingredients. Slowly, though, that stigma has disappeared. In 2013, Stillwater released Classique, its “postmodern deconstruction of the American industrial lager.” Five years later, Founders Brewing Co.—the largest brewery in Michigan—gives us Solid Gold, a less chin-strokey golden lager brewed with corn and an unabashed attempt to woo the 85% of the beer market partial to macro breweries. There’s a little twist in the form of a Lemondrop dry-hop but, otherwise, the concoction is pretty straightforward: This is a slightly sweet, sessionable beer designed for quick consumption. If you’re looking for a way to turn your dad into a craft beer connoisseur, this is it. 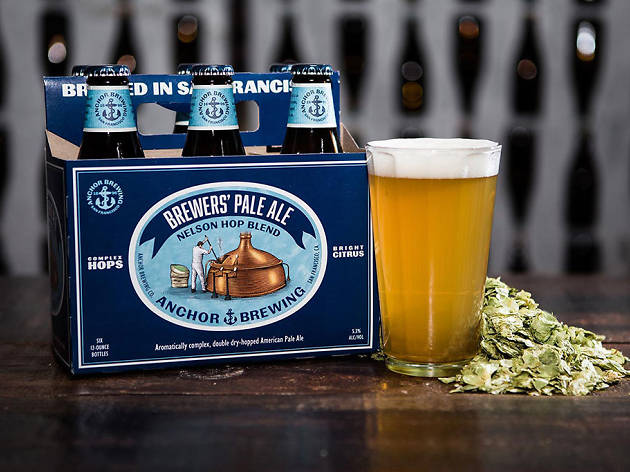 Forty-three years ago, Anchor Brewing released Liberty Ale—the progenitor of the modern IPA. It’s still a great beer... but times change. IPAs and pale ales have grown less malty, more aromatic and, well, just plain hoppier. These trends are on display with Brewers’ Pale Ale, a new “rotating-hop” pale ale from the iconic San Francisco brewery. Brewed with a svelte grist of two-row, wheat and pilsner malts, this is a crisp and #crushable brew designed to highlight hops. What hops? Well, that will change. Each iteration of the series will feature a different varietal, and it opens with a doozy: Nelson Sauvin, a pricey New Zealand hop praised for its lemon, mango and white wine flavors. 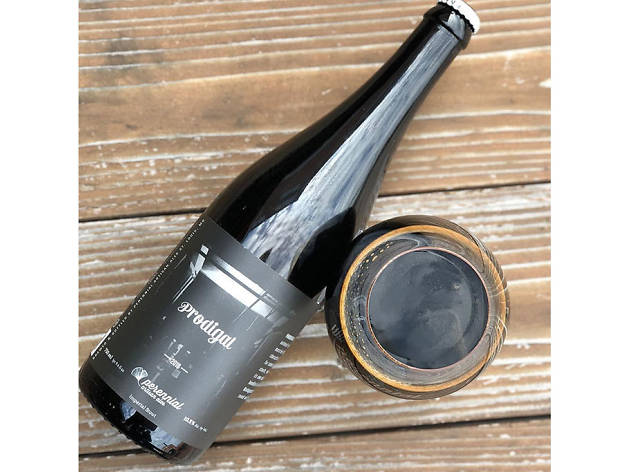 Perennial Artisan Ales was founded as a purveyor of sessionable Belgian-style ales, but the St. Louis brewery has become best known for two imperial stouts: the Mexican cholate stout Abraxas and its cold brew coffee-spiked counterpart Sump. These are emphatically flavored beers—their adjuncts unapologetically in-your-face, yet balanced by a masterly constructed, slightly sweet and assertively roasty base stout. With its newest imperial stout, Prodigal, the brewery aims to gives that base beer its own spotlight. Rounded only by the subtle addition of cocoa nibs and vanilla beans, Prodigal proves that the underlying oatmeal milk stout was wonderful on its own (more or less) all along. 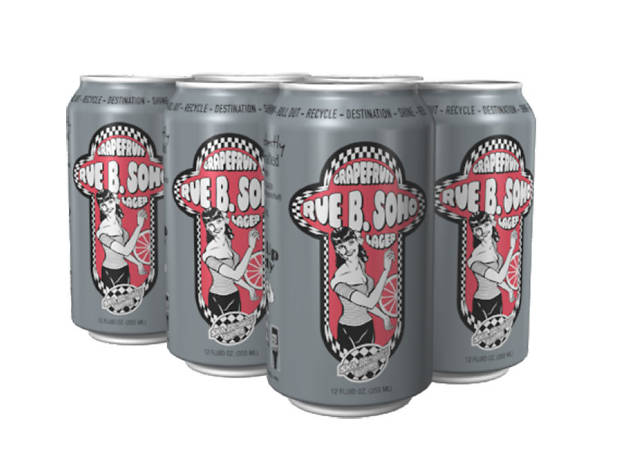 Rancid’s 1995 hit “Ruby Soho” is about saying goodbye, but it’s time to welcome the latest addition to the Ska Brewing family: Rue B. Soho, a Helles-style lager brewed with grapefruit and hopped with the classic American hop Cascade. A tasting room favorite over the past year, this clean 5.1% ABV gem showcases the citrusy characteristics of both the fruit and the hops, with a zippy tart finish (courtesy of the fruit). As we turn the corner into milder weather, there are worse things to have in our fridge than a crisp, hoppy lager. 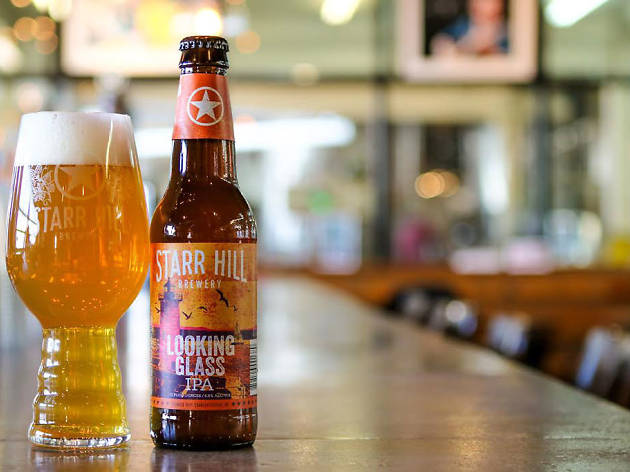 As the popularity of New England-style IPAs continues to grow, more and more established operations are offering their interpretations of the loosely defined style. Case in point: Starr Hill Brewery’s Looking Glass. The Charlottesville brewery’s new IPA isn’t particularly hazy, but it is fermented with a London Ale III strain, leaving behind fruity esters and a touch of the residual sweetness that craft beer drinkers seem to crave these days. Those flavors play well with the beer’s blockbusters hops—Galaxy, Citra and Mosaic—which are added late in the brew to reduce bitterness. The final product is bright, tropical and, bonus points!, available at your local grocery store. 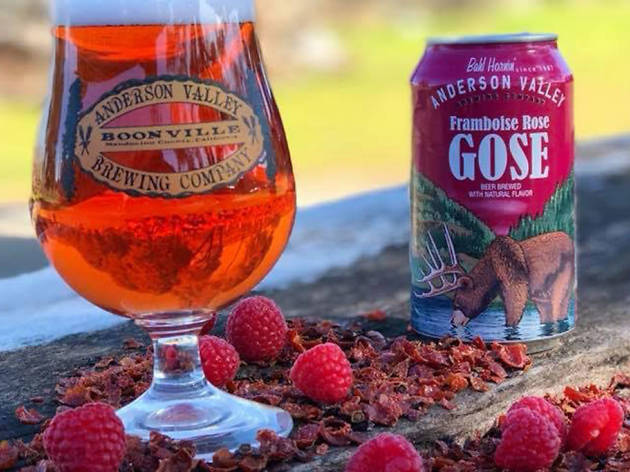 Framboise Rose Gose sounds less like a beer and more like a traffic jam of unrelated words. Nevertheless, it is indeed a beer—and the freshest canned offering from Anderson Valley Brewing at that. Part of the California brewery’s gose series, Framboise Rose Gose marries Anderson Valley’s slightly salty kettle-soured wheat ale with rose hips and fresh raspberry purée. These ingredients swirl to create an appealingly light red, tart beverage accented by notes of hibiscus and raspberry. The brewery says it was inspired by rosé so, if you want to drink it out of a wine glass, we won’t judge.