When you're planning a trip to Neukölln - the latest Berlin borough to be hailed as the centre of all things hip - Google Street View is of no use to you. Where I'm told I'll find an organic café, it shows me a battered old launderette, while typing in the address of an art gallery returns an uninspiring image of a miniature supermarket, its rusty, graffiti-stained shutters clinging stubbornly to the pavement. Further searches yield similar results, and I begin to wonder if my sources are playing games with me.

As it turns out, Neukölln's transformation is very much a reality, it's just happening so quickly that not even the internet's most invasive superpower can keep up with it.

As my guide explains, it's all thanks to an airport. Or, rather, the lack of one. 'The area is basically unrecognisable from when I lived here seven years ago,' she tells me over coffee at Pappelreihe. 'Not long ago, Neukolln had more social problems than anywhere in Berlin. It's become a completely different place since the airport closed.'

Stretching across the borough's western border, Tempelhof airport was once one of the world's busiest transport hubs. When it closed for good in 2008, property prices in the surrounding area duly went through the roof and those who weren't priced out were left with a multi-purpose community park, where barbecues, sports clubs and other social events are held around the twin runways.

But that's not all. In September Tempelhofer Feld hosts the Berlin Festival, last year headlined by The Killers, Orbital and Sigur Ros. It's events like these that are slowly enticing artsy-minded Berliners away from Kreuzberg - the city's established bohemian district - and into the scuzzier, immigrant-ruled streets of Neukölln. The result is a patchwork of trendy trappings and international influence, with Turkish kebab stands and African cosmetics stores sandwiched between style-conscious bars and vintage furniture boutiques. 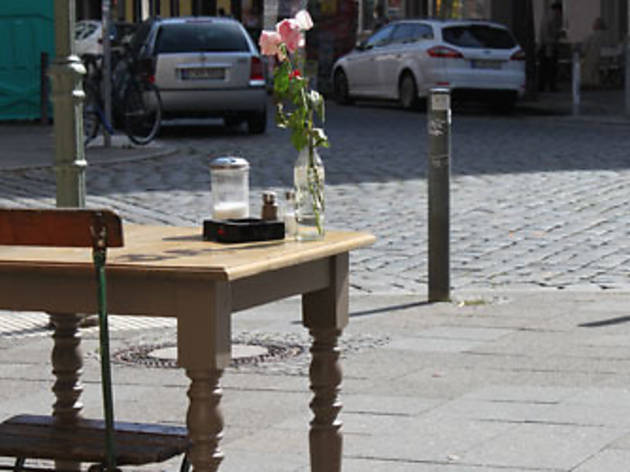 Restaurants and cafés in Neukölln

Located right next to Tempelhof, the Schillerkiez – a residential grid based around the leafy Schillerpromenade – is where you'll find Neukölln's best cafés. Most don't open for breakfast, meaning neatly presented café-slash-gallery Pappelreihe (Kienitzerstrasse 109, +49 176 3419 6020) is left to look after the early morning trade; head here for exquisite coffees, pastries and a hangover-friendly soundtrack of low-energy reggae music.For more substantial sustenance, Schiller Bar (Herrfurthstrase 7, +49 172 9824 427), located just around the corner, serves its hearty breakfasts well into the afternoon. Try the 'Bologna' eggs, which come scrambled with sun-dried tomato, bacon and a side of salad – just the job for easing back into reality after a busy night on the sauce.The epicentre of Neukölln's dining scene, meanwhile, lies to the north-east. As well as numerous decent-but-samey Turkish spots, Karl Marx Strasse is also where you'll find some excellent sushi, at Steel Shark (Karl-Marx-Strasse 13, +49 30 6298 3503). The tuna and salmon-topped fare isn't exactly adventurous, but the fish is fresh and exceptionally cheap, with lunch-sized maki sets starting at €3,50.Continue up to Hermannplatz U-Bahn station and, suddenly, you're spoilt for choice. Well worth a try is Berlin Burger International (Pannierstrasse 5, +49 178 5407 409), a word-of-mouth phenomenon that's wooed the taste buds of every foodie blogger in the city. The meaty concoctions are simple, with an emphasis on fr 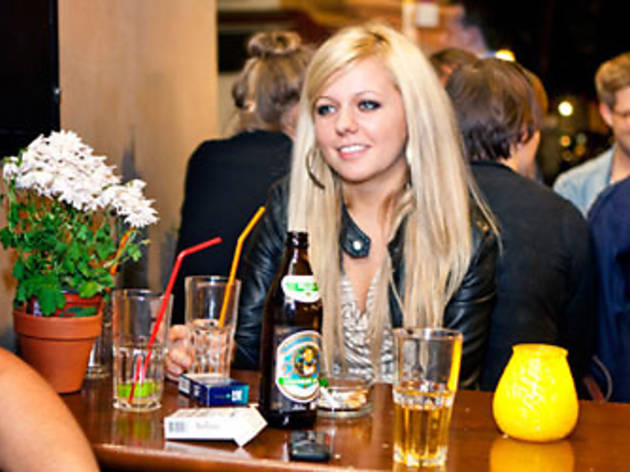 Bars and clubs in Neukölln

For a well-paced night out in Neukölln, start off in the quieter, more contemplative drinking dens of the Schillerkiez, before moving on to the rowdier venues of Weserstrasse - the area's liveliest strip.Open for just a few months, Art und Weise (Leinestrasse 48) makes a good stab at the up-cycled aesthetic, with mis-matched furniture and knackered brown sofas complementing the purposefully dingy, candle-lit vibe. Its three small rooms look barely big enough to hold 30 people, but the bar still regularly hosts film screenings, jam sessions and live art demonstrations.Around the corner, Engels (Herrfurthstrasse 21) and Sowieso (Weisestrasse 24, +49 157 7287 9965) both sport a similarly home-made look, with the latter playing regular host to an eclectic range of musicians, from jazz trombonists to classical violinists - often in the same set.Ä (Weserstrasse 40, +49 177 4063 837) may be bigger, noisier and more polished than the cosy boozers of Schillerkiez, but the entertainment remit is similarly boho - there are live acoustic sets most weeks, plus a bi-monthly storytelling night.Directly across the road, Tier (Weserstrasse 42, +49 178 2339 513) is more polished affair, with punters to match. The emphasis here is firmly on drinking (and smoking), with an impressive cocktail list from which a clientele of thrift-store rummagers order potent gin or rum-based blends. Berlin's trend-setting set are less snobby than most, but even so, those whose outfit strays from the nerdy chic t 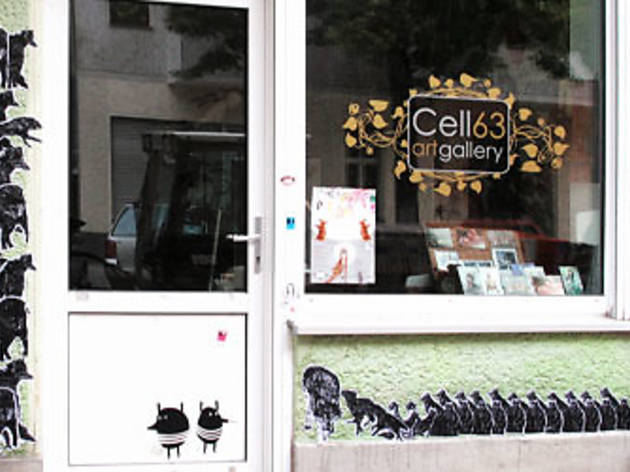 Neukölln's art galleries tend to operate on a somewhat clandestine basis, putting on exhibitions with just a couple of hours' notice and spreading the word via social media. As such, you'd be well advised to do some research and get in touch with galleries before you visit to see what's on.Holz Kohlen Koks (Reuterstrasse 82, +49 176 7849 0695) is the workspace of Hungarian-German artist Ivan Kiss who, as well as displaying his own illuminated sculptures and installations, also opens up his modest space to fellow creatives. Don't rock up expecting oil-on-canvas, though - recent shows have included experimental soundscapes and conceptual video screenings.Cell 63 (Allerstrasse 38, +49 30 2197 3329), meanwhile, leans towards more traditional media, focusing shows on illustration, photography, painting and sculpture. That's not to say the art on its walls is conservative - recent shows have tested the limits of tasteful art with Nazi imagery and depictions of violence and bondage.Set on the site of a former brothel, events space LoopHole (Boddinstrasse 60) is a veritable tombola of all things artsy, playing host to everything from gigs to site-specific sculpture installations. Musical performances veer towards the experimental, so expect specs-and-cardigan types taking notes on iPads rather than pogoing louts lobbing pints. 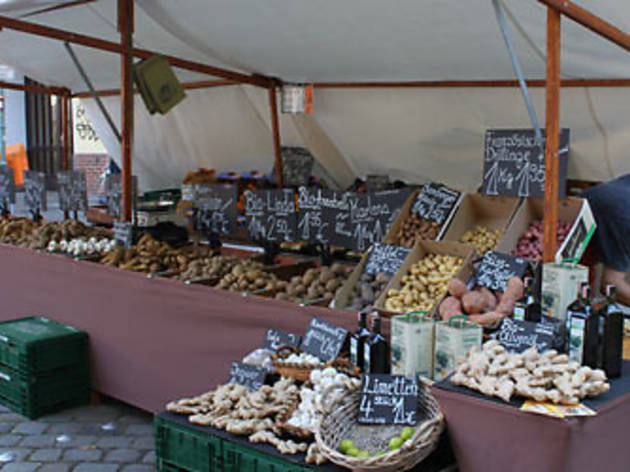 Shops and markets in Neukölln

Vintage fashion, cupcakes and floppy-haired boys with guitars: 'art and project space' Let Them Eat Cake (Weserstrasse 164, +49 30 6096 5095) is an Instagrammers heaven. Primarily, it's a prettily-presented vintage clothing store – but this is no musty-smelling Brick Lane free-for-all. Pieces are hand-picked by the discerning Swedish owner, then tastefully customised (or simply repaired) and displayed on the boutique-like shop floor. Those with an eye for bespoke fashion should also check out Himo (Weserstrasse 53, +49 176 7813 5709) where the emphasis is on hats. One-off pieces range from the avant-garde to the just-plain-bonkers, with designs – such as earmuffs with a built-in cigarette case and a series of caps modelled on female genitalia - sure to, uh, turn heads. Another unique Neukölln store is Fantasiakulisse (Flughafenstrasse 32, +49 30 6235 574) – one Berliner's collection of vintage movie and theatre props, posters and general paraphernalia. Among the stock are musical instruments, lamps, clocks, pieces of furniture and more than 200 mannequins, some of which have made appearances in the biggest German productions of last century. When it comes to bargaining, be warned that the enthusiastic owner is rather attached to some of his stock, so you may end up paying over the odds for his sentimental baggage.For fresh, locally farmed food, head to the big church in Schillerkiez's Herrfurthplatz every Saturday, around which you'll find a decent-sized farmer's market with