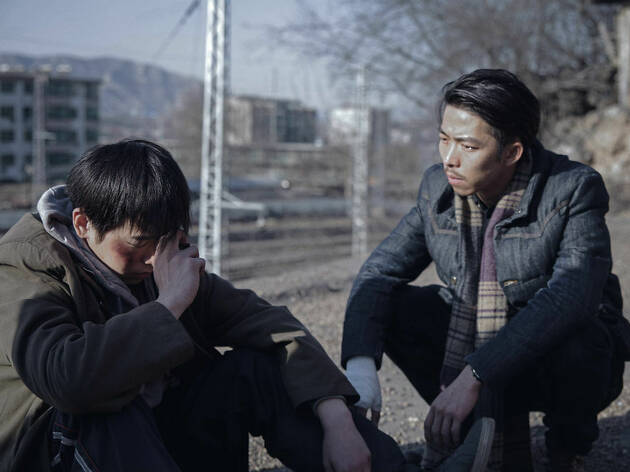 Long and slow, this melancholy Chinese drama offers a bleak but poignant view of life on China's margins.

If ‘Crazy Rich Asians’ is 2018’s most decadent cinematic portrayal of Chinese culture (albeit in Singapore), then ‘An Elephant Sitting Still’ is its antithesis. There is no rose-tint applied to the 230-minute film, rather a grey chill that encompasses four individuals as they find themselves on a desolate journey. Their intertwining stories take place over one day, in a small unnamed town in Northern China where economic depression can be felt at every turn.

Wei Bu, abused by his father, tries to escape after injuring a school bully while his classmate, Huang Ling (Uvin Wang), is living with an alcoholic mother and having an inappropriate affair. Then there’s delinquent Yu Cheng (Yu Zhang), who witnesses his friend commit suicide, and pensioner Wang Jin (Congxi Li), who is facing the rest of his life in a nursing home.

They are all running from the monotony of their lives that only seems to be broken up by pain, death or further misery, but eventually they are thrown into each other’s paths on the way to Manzhouli to see the titular beast.

Through tracking shots, close-ups and minimal dialogue director Hu Bo paints a bleak portrait of China, bolstered by a lead cast delivering understated and nuanced performances. At times the slow pace and length can feel quite tedious, but when you consider the director committed suicide just after completing the film it makes watching it, just as he intended, feel ever more poignant and worth the endeavour.