We are in the midst of a major Björk revival. The Icelandic superstar has a string of dates at Carnegie Hall in New York City in March. Simultaneously, MoMA is opening a Björk exhibit, which does for her what "Bowie Is…" did for her musical forefather. She is headlining music festivals this summer. She turns 50 this year. Oh, and she recently released another incredible album, Vulnicura, built from the ashes of her relationship with former partner Matthew Barney. So it's a good time to look back on her love songs and philosophical musings. It would be a lie to say that videos and fashion did not also come into play, as the images are so inseperable with the music when it comes to Björk. This then is our museum of her greatest hits, as voted on by Time Out's music staff. 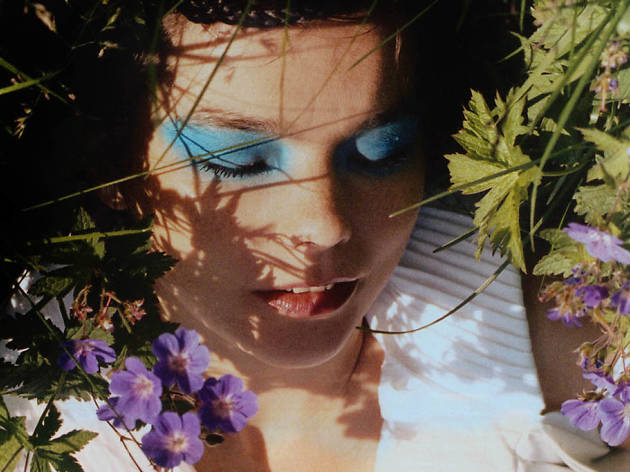 Medulla, 2004
Who needs guitars to be metal? The Vikings invented heavy metal centuries ago. Björk taps into her ancestral headbanging on this aborted single from Medulla, an album contructed solely from the human voice. The guttural beatboxing of Rahzel is chopped and layered into something that gets our devil horns in the air every time. Who says a cappella can't be cool? 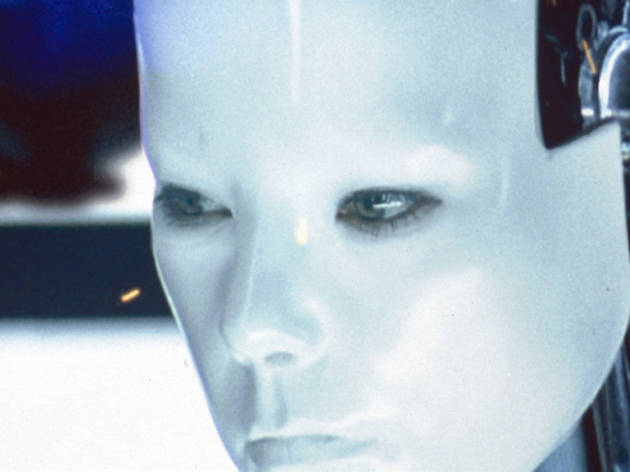 Photograph: Courtesy One Little Indian
Homogenic, 1997
Right now, the Voyager I space probe is drifting in interstellar space, carrying a gold photographic record of Terran music. "5 Years," an underrated track from Björk's most sci-fi album, is the sound of B-boy aliens discovering that LP and cutting up some old-school scratches. Over the cosmic hip-hop, Björk taunts a cowardly fuck buddy, "You can't handle love, baby," in one of her brassiest moments. 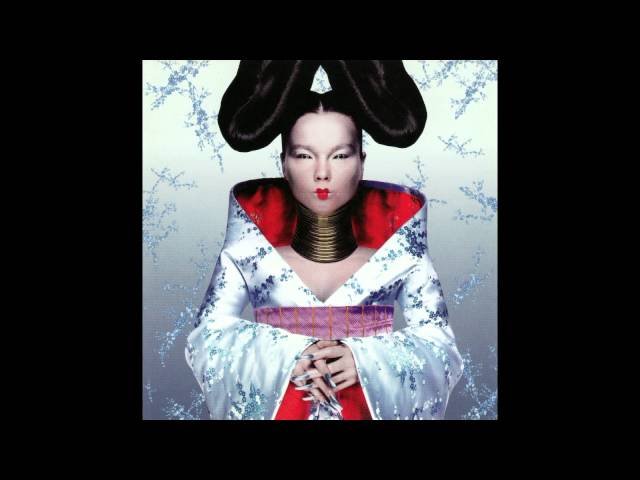 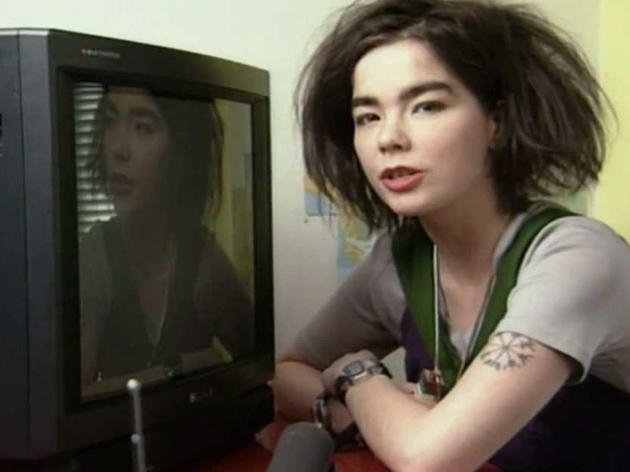 The Sugarcubes, 1988
A Björk list without the Sugarcubes would be remiss. So many of us first encountered the singer as a mesmerizing, jumping youth, seemingly a child but already a mother, on MTV in videos for college rock hits like, well, "Hit." But "Deus" was their pinnacle, a song of optimistic atheism that oozes love and maintains a sense of wonder. I once wrote that the Sugarcubes would have been much better without Einar Örn. He e-mailed to say, "You are so right!" Icelandic people are awesome. But I was so wrong. 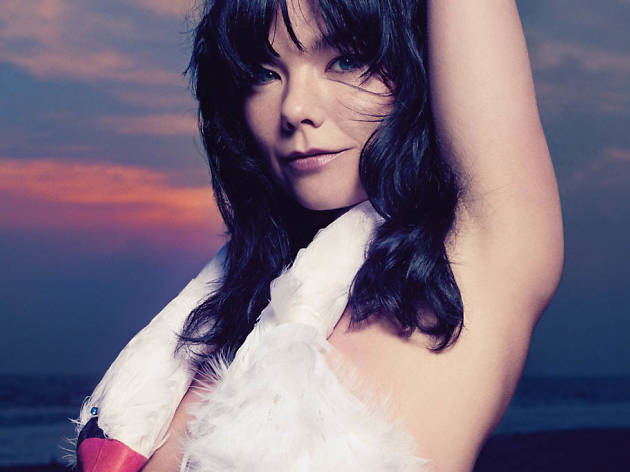 Vespertine, 2001
"Cocoon" is uncut romance at first blush. On "The Sensual World," Björk predecessor Kate Bush transposed Molly Bloom's closing monologue from Ulysses directly into song, but Björk trumps her in capturing that vibe of postcoital stream of consciousness. We are in her head, in bed. "He's still inside me," she sings with a shiver down her spine over pins-and-needles microbeats. It's sexy as hell, realism R&B. 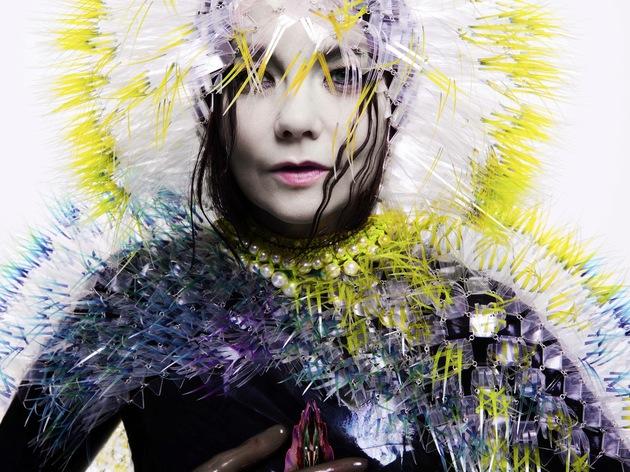 Vulnicura, 2015
…cut to a decade and a half later and we are on the tail end of a relationship. After splitting with her partner and having her throat repaired, Björk is in top form in this stunning epic from her fresh break-up album. The chorus alone captures our range of emotions in these situations, "Maybe he will come out of this loving me… Maybe he won't… Somehow I'm not too bothered either way." She's wounded, she's worried, she's over it, as a swell of strings lift her from despair.

[Not available for streaming. Go get it.] 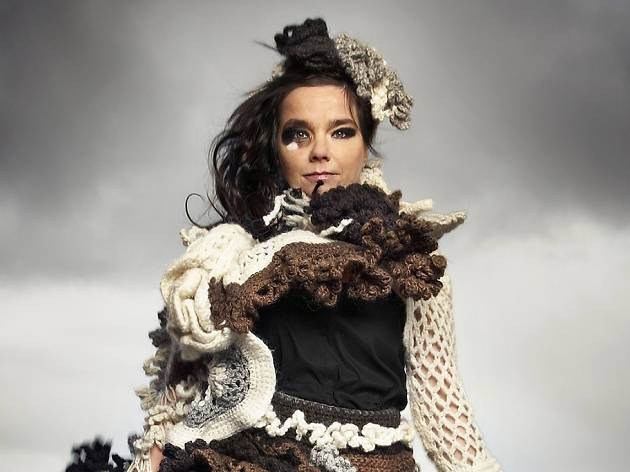 Medulla, 2004
The Spike Jonze video goes a long way in rocketing this track up our heart's chart. That cat, man. That man-cat. But the song is equally brilliant. So much of Björk's work is a celebration of humanism, often focusing on the body in a frank matter that makes the mundane profound. Medulla, which only utilizes human sound, is the daring summation of that philosophy. This album closer is the playful polar opposite of uptight. 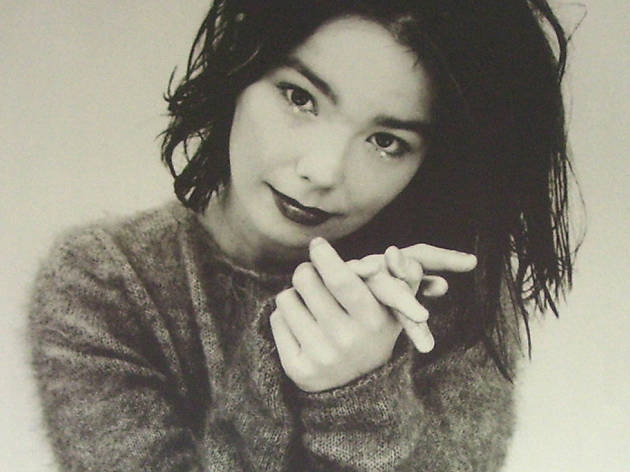 Debut, 1993
The title alone works as an overall theme to Björk's discography. At its heart, Debut, which was not her debut, is a house record. Though as much as it works on the dance floor, it's set in a private headspace. This early on, she was perhaps on course for a Madonna career arc, and she even wrote the underrated title track on Madge's Bedtime Stories. Thankfully, unlike the Material Girl, Björk grew up. 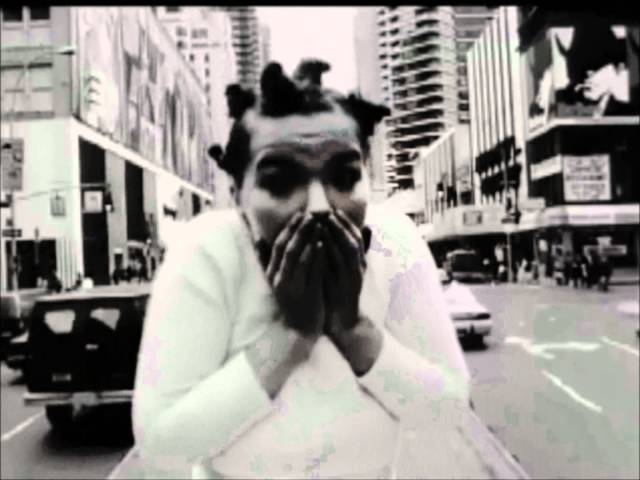 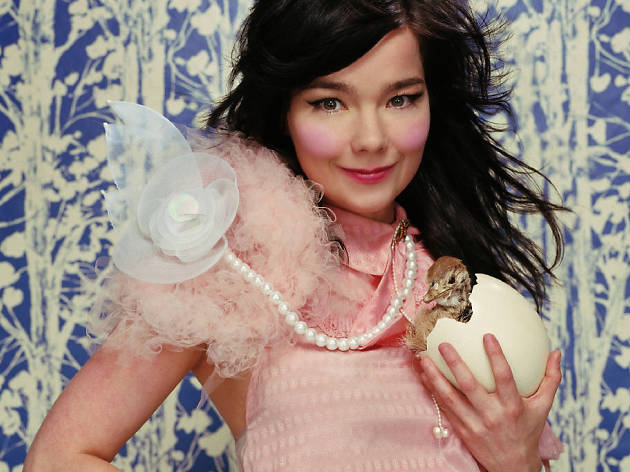 Post, 1995
It's weird to think that Björk was lumped in with trip-hop in the mid-'90s, palling around with Tricky and Goldie. She was too far-reaching to suffer the same fate as those faded peers. Even her most trip-hoppy of moments, like this downtempo dream, seems above that zeitgeisty trend in hindsight. Chalk it up to her voice, which is too rainbow bright to be constrained in such a gray and shadowy genre. 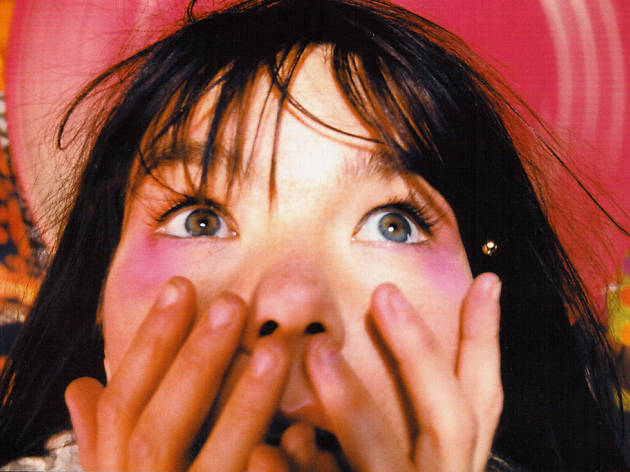 Post, 1995
Michel Gondry was an ideal collaborator with Björk, as both artists turn the homespun into dazzling spectacle. The psychological heist in the "Army of Me" video was probably their coolest product, a perfect visualization of the song, which takes the cyberpunk stomp of Nine Inch Nails and paints on bright red polish. 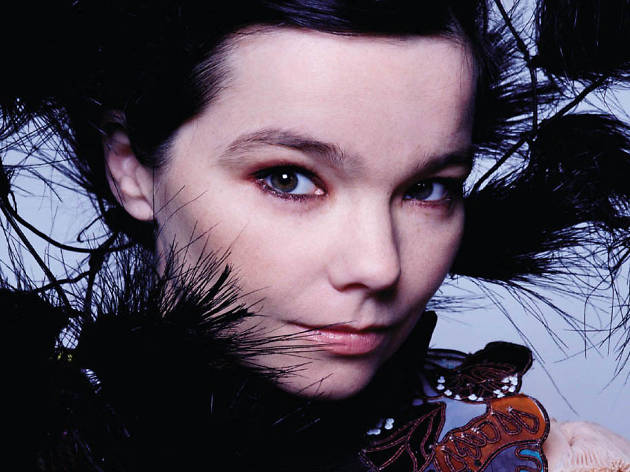 Homogenic, 1997
An album in wonder of nature and science, Biophilia is not represented on this list, though "Jóga" comes closest to the mood and idea of it. The rhythms are tectonic plates grinding under Björk's volcano vocals. It's epic. But what elevates this career peak is her remembering to keep herself in the picture. She sings of "emotional landscapes," not just literal landscapes. 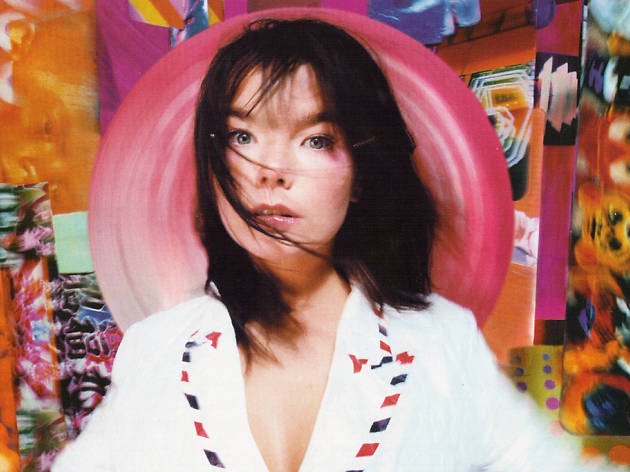 Post, 1995
Not to generalize here, but Icelandic writing, from the Sæmundar Edda to Halldór Laxness to Sjón, manages to make the plainspoken, quotidian details of domestic life feel epic. Even the Norse Epics have poems about kettles. Björk is in that tradition, and her greatest moment is a powerful distillation of this, a love song of suicidal thoughts and silverware flung off a cliff. If any song can whip your hair back like a wind off the sea, this is it. Björk is lazily branded an alien, a fairy. No, it oddly feels that way because she keeps her observations so real.