Jedis, droids and ewoks who can get in the Sea of Gazian

Written by
Time Out Film
Tuesday 3 May 2022
FacebookTwitterPinterestEmailWhatsApp
Advertising

The Star Wars saga sports some of the most memorable, loveable, downright T-shirt-worthy heroes and villains in the history of film.

But it’s not all smooth-talking smugglers and badass bounty hunters. Tucked in among them are a handful of flawed figures – hapless antiheroes, dubious stereotypes and CGI monstrosities.

So while our love for the movies remains undimmed, this Star Wars Day we decided to take a look at some of the universe’s less noteworthy citizens. Join us, as we salute the douchiest denizens of a galaxy far, far away… 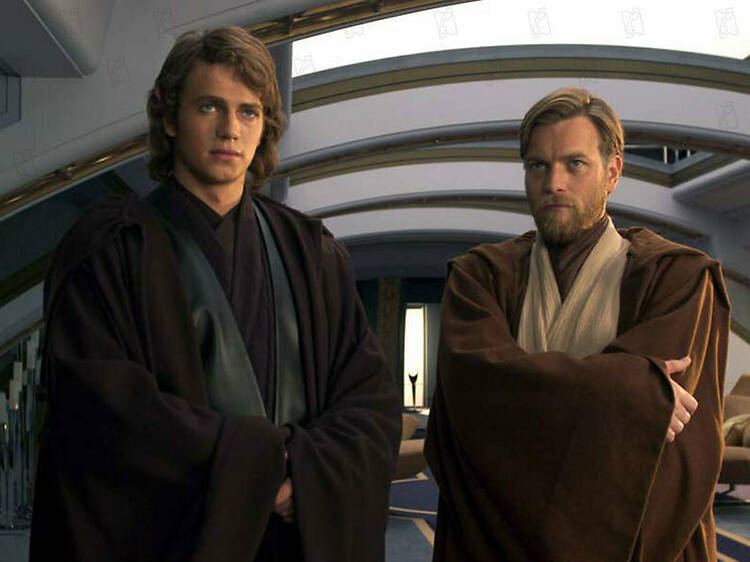 Who is he?
The chosen one. The hero who’ll bring balance to the force. Darth Vader in waiting. That whiny creep who fixates on sand. Take your pick.

Why is he so annoying?
From plucky poppet to pouting Padawan-slayer, Anakin was meant to be the heart of the prequel trilogy – a tragic but relatable figure who reaches too high and loses his soul. But while that intriguing arc remains intact, the character himself is just irritating: shrill and grating as a kid, sullen and unlikeable as an adult. Plus, he seems to turn to the dark side in about four minutes flat.

Dire dialogue:
‘I don’t like sand. It’s coarse and rough and irritating, and it gets everywhere.’ 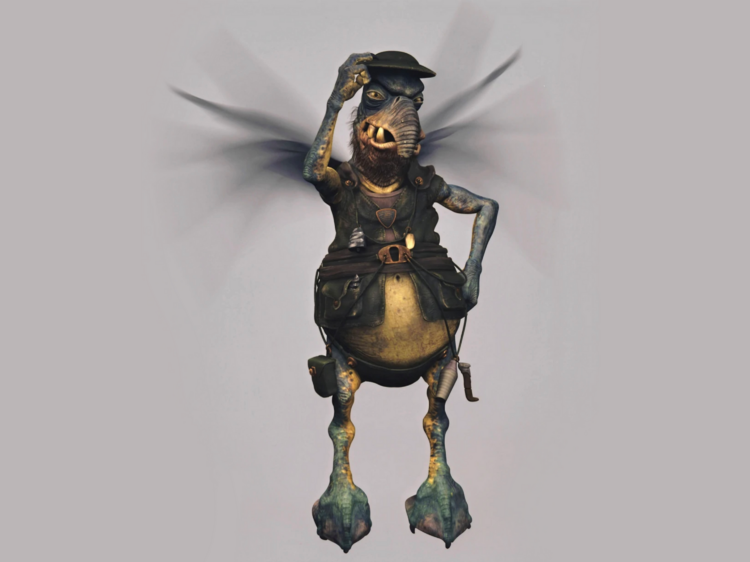 Who is he?
The floating Toydarian junk trader who owns Anakin Skywalker in The Phantom Menace, only to lose him to Liam Neeson over a pod race.

Why is he so annoying?
With his wacky accent, bulbous frame and silly tin hat, Watto would be pretty heinous under any circumstances. But add some worryingly convincing accusations of anti-semitism, and this hook-nosed hard-bargain-driver becomes even less appealing.

Dire dialogue:
‘How’s-a you gonna pay for all this, eh?’ 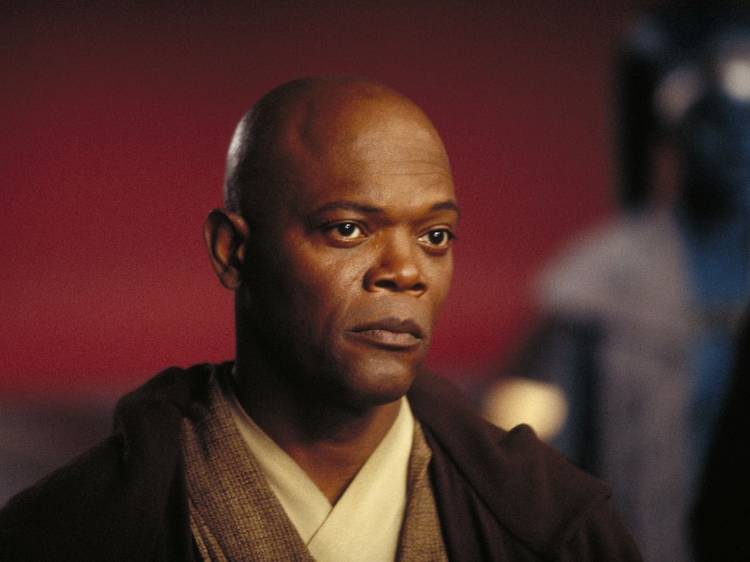 Who is he?
A high-ranking member of the Jedi Order whose most notable characteristics are his purple lightsaber and the fact that he looks and sounds a lot like Samuel L Jackson.

Why is he so annoying?
A typical scene, 1999: ‘Hey, awesome news! Samuel L Jackson is in the new Star Wars movie!’ ‘Wow, that’s amazing! Who’s he playing?’ ‘Um… Samuel L Jackson.’ George Lucas was clearly thrilled to cast longtime fan and pinnacle of screen cool Jackson in his Star Wars prequels – who wouldn’t be? The problem was that he forgot to come up with a character for him beyond ‘guy who says the sort of things Samuel L Jackson would say’.

Dire dialogue:
‘This party’s over!’ 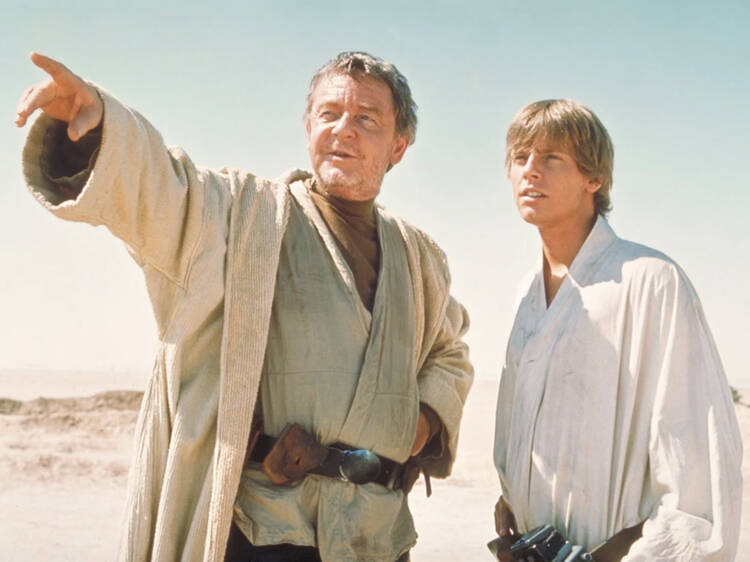 Who is he?
The grumbling moisture farmer who takes Luke Skywalker in after his dad turns out to be the ultimate evil in the universe, then proceeds to keep the lad in indentured servitude.

Why is he so annoying?
Owen is the old-school patriarch in all those kitchen sink dramas who wants their lad to work down t’pit rather than pursue his high-faluting dreams. He’s got a half-decent reason for it – after all, he did have to watch his sort-of-brother-in-law turn into a Tusken-slaughtering psycho – but does he really have to be so grumpy all the time?

Dire dialogue:
‘You can waste time with your friends when your chores are done.’ 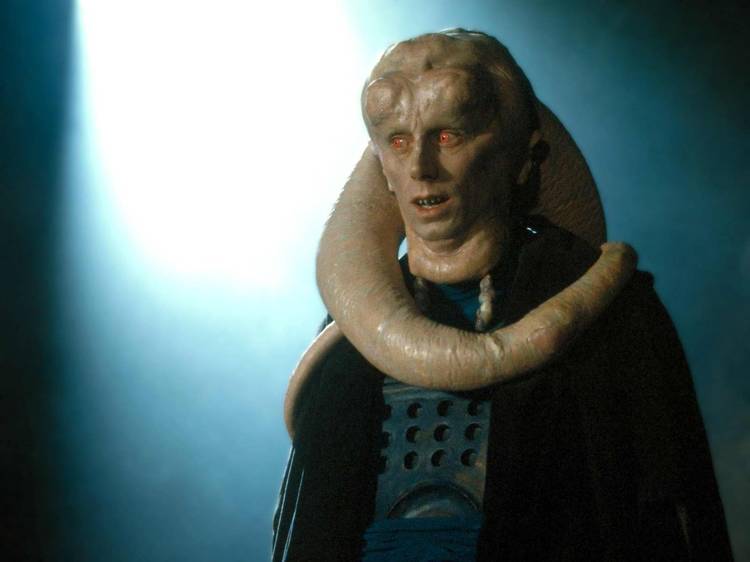 Who is he?
The tentacle-headed majordomo whose entire job appears to be to stand beside Jabba the Hutt wringing his hands and looking appropriately servile.

Why is he so annoying?
Like the creepy concierge who’d check the cut of your suit before granting you entry to his boss’s overpriced restaurant, Bib is just a giant lurking sleazebag with no real personality of his own. Terrible teeth, too. 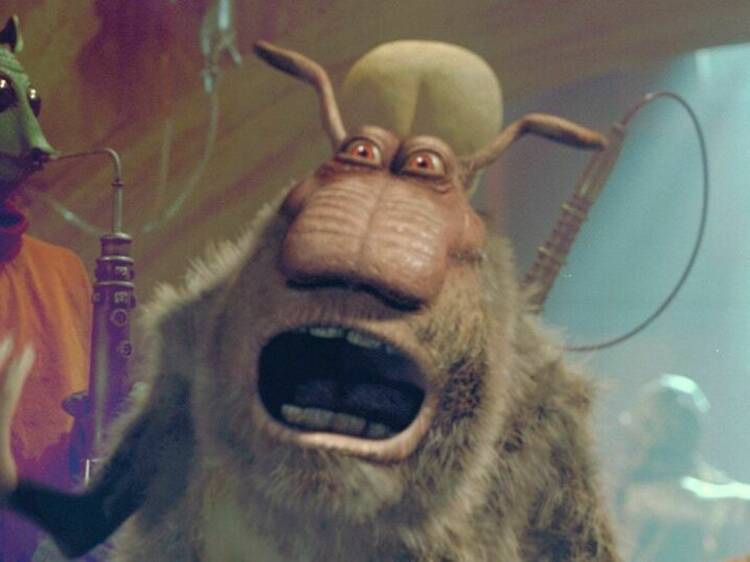 Who is he?
Another denizen of Jabba the Hutt’s palace: a fuzzy, flat-nosed entertainer employed to belt out intergalactic hits like ‘Jedi Rocks’ to an enthusiastic audience – but only in the special edition version of Return of the Jedi.

Why is he so annoying?
For hardcore fans, the digital deletion of burbling disco classic ‘Lapti Nek’ and its original vocalist, glamorous crimson-lipped puppet Sy Snootles, is one of the most egregious crimes in the Star Wars Special Editions. Sy’s CGI replacement Joh Yowza may be more agile, but this shrieking horror is also wildly irritating. Also, why would you perform a song called ‘Jedi Rocks’ at Jabba’s palace? It makes no sense! 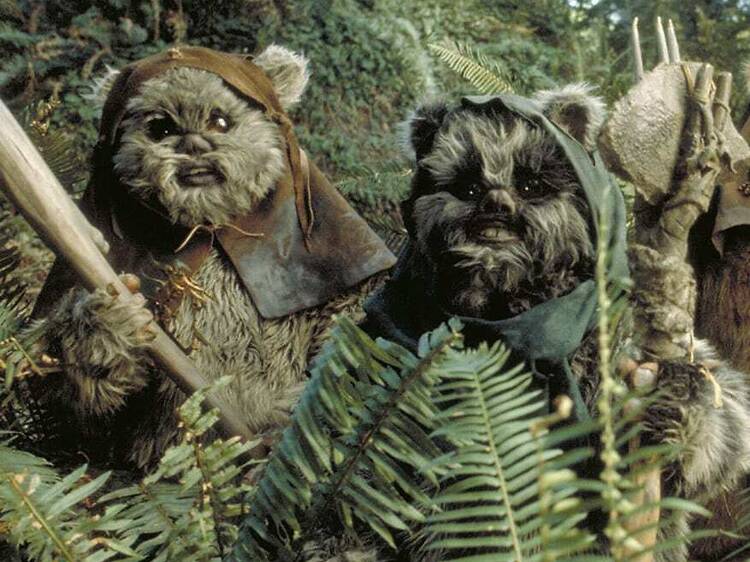 Who is he?
The tribal leader of the ewok band who capture our rebel heroes on the forest moon of Endor, before joining them in battle against the evil Galactic empire.

Why is he so annoying?
Sorry folks, but you won’t get any blanket ewok-hate from us. Wicket’s just plain adorable, and Logray’s a total badass. But Chief Chirpa, what were you thinking when you agreed to send your hapless furry followers into battle against the technologically advanced Empire? Sure, they acquit themselves pretty well, but that is just not sensible leadership. You also attempted to roast and eat Han Solo. Not cool, Chirpa. Not cool. 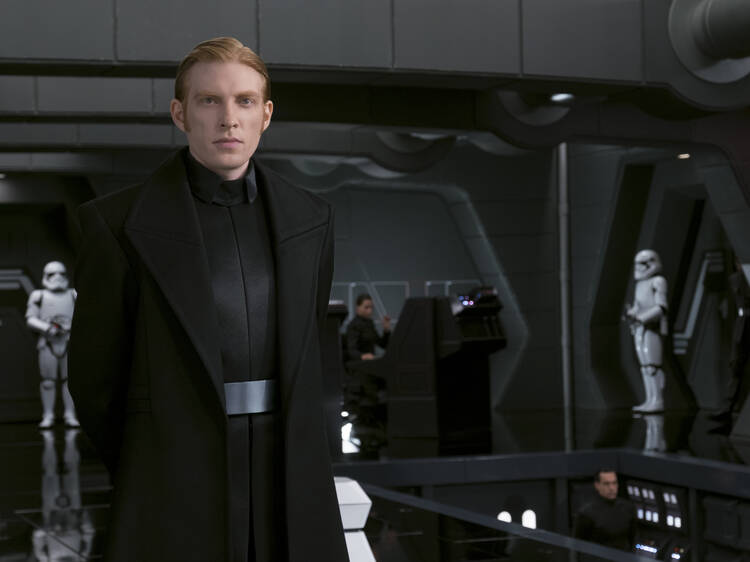 Who is he?
The carrot-topped fascist who commanded Starkiller Base and led the First Order’s forces, until a change of heart led him to rat out his own boss to the Resistance.

Why is he so annoying?
As top man on Starkiller, Hux oversaw the destruction of several populated planets, not to mention his brutal rout of the Resistance at the Battle of Crait. But we’re supposed to think he’s okay just because he slips the good guys a bit of pertinent info? Not likely. Also, he’s just a bit of a hissy pantomime villain – fun, but slightly silly.

Dire dialogue:
‘I don't care if you win. I need Kylo Ren to lose.’ 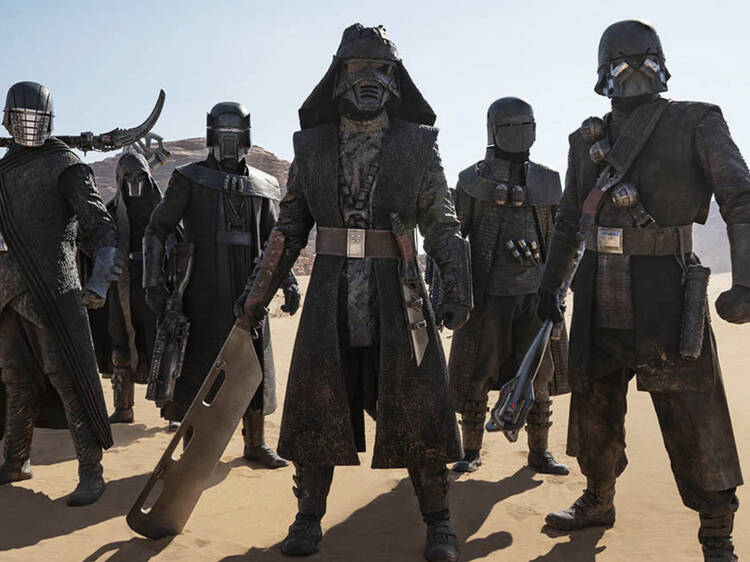 9. The Knights of Ren

Who are they?
A mysterious sect of warriors led by Kylo Ren, working to secure the First Order’s mastery of the galaxy.

Why are they so annoying?
How many times must JJ Abrams have regretted the fleeting reference to the mysterious Knights of Ren that slipped into The Force Awakens? By the time they actually showed up, two films later in The Rise of Skywalker, the Knights could only disappoint: in a film overstuffed with incident, the arrival of six leather-clad, mask-wearing muscle men left no impression at all. 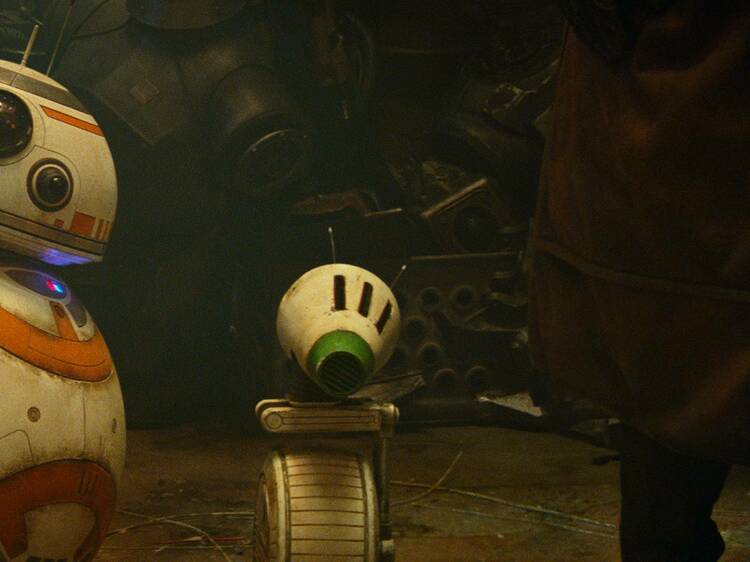 Who is he?
The little one-wheeled, snub-nosed droid that buzzes through a handful of scenes in The Rise of Skywalker. No? Fair enough.

Why is he so annoying?
The accusation that Star Wars movies only exist to sell toys has been levelled since the arrival of the ewoks, and it’s obviously nonsense – most of the time. But it’s hard to find a reason for D-O’s existence beyond some marketing analyst’s observation that no small kids would want figurines of the Knights of Ren. Enter a cheeky, remote-controllable plastic pal who has less than two minutes of actual screen time. 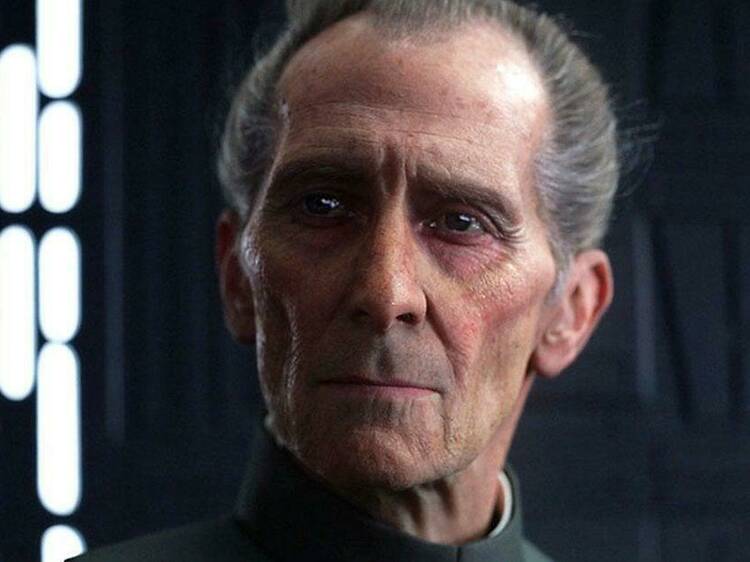 Who is he?
Fear not, we’re not about to take down Peter Cushing, or his crisply-uniformed, iconically villainous Death Star commander Grand Moff Tarkin. No, we’re only interested in the CGI-reanimated version of same that appeared in the otherwise excellent Rogue One.

Why is he so annoying?
Digital technology is improving all the time – and when it gets to the point where a computer can flawlessly recreate a human being, we’re happy to tune in. But as of now, we’re still firmly in the uncanny valley: whether it’s poor deceased Cushing or that skin-crawling fake Luke Skywalker in The Mandalorian and The Book of Boba Fett, these characters just look (and sound) weird and wrong. It’s distracting, it’s unnecessary and we demand an end to it!

Dire dialogue:
‘If saying it would only make it so.’