13 strange things to watch (and read) after 'Stranger Things'

Watched all eight episodes of Netflix's latest triumph? Here are 13 movies, TV shows and books to tide you over until series two

‘Stranger Things’ is everyone’s new Netflix addiction – an eight-part series precision-tooled to appeal to geeky thirtysomethings with nostalgic memories of Steven Spielberg and Stephen King. The story of a missing boy in a sleepy small town and the friends and family members who try to figure out what happened to him, the show absolutely nails the tone of early ’80s spooky sci-fi. Here are 13 films, TV series and books that surely influenced ‘Stranger Things’ creators, brothers Matt and Ross Duffer. 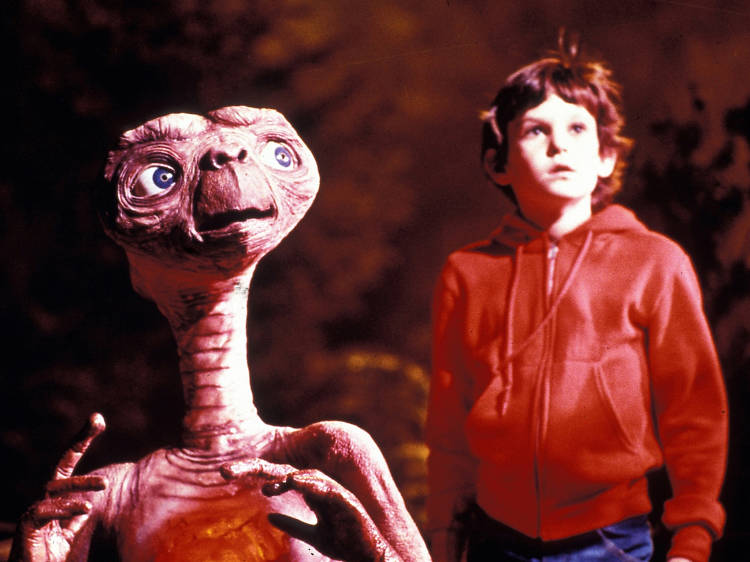 The biggest influence on ‘Stranger Things’ has got to be Steven Spielberg’s beloved blockbuster about a suburban family who stumble across a stranded alien. From the bowl-cuts to the BMX bikes, from arguments about Dungeons & Dragons to the shafts of dazzling ‘God-light’ that regularly drench the frame in ‘Stranger Things’, the show has ‘ET’ in its DNA. 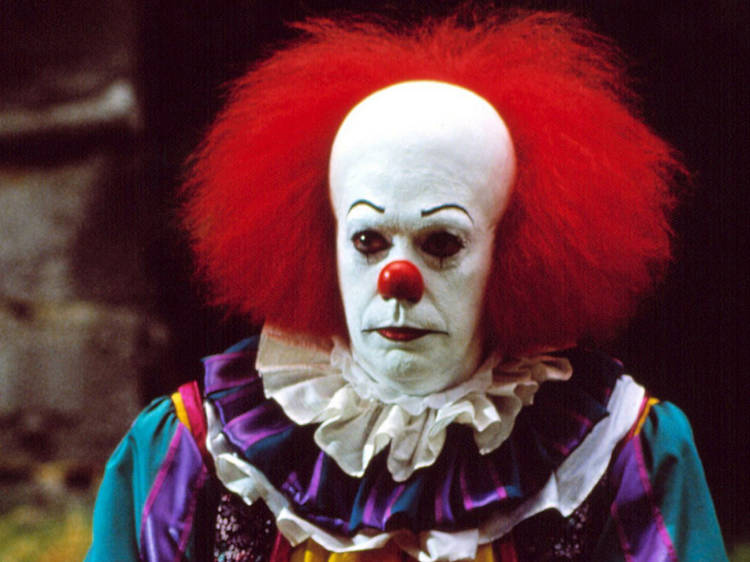 Stephen King’s time-skipping doorstop bestseller (and the 1990 TV adaptation) is about a group of plucky nerds investigating supernatural goings-on in small-town America, so the setup is basically identical to ‘Stranger Things’. Just be thankful the show doesn’t recreate that scene where the kids have group sex in a cave for some reason.

Need proof? Pubescent losers on bikes plagued by dark forces from beyond? Check, check and check. 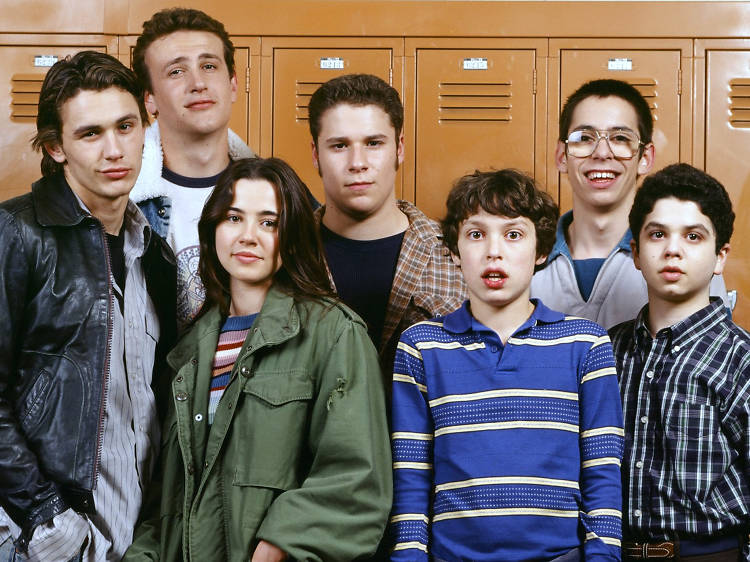 These days Judd Apatow (‘Knocked Up’) and Paul Feig (‘Ghostbusters’) are Hollywood powerhouses. But they’ll never top this sadly short-lived TV show set in an American high school in 1981. ‘Stranger Things’ is set two years later, but the haircuts and threads are identical, and both shows feature tight-knit groups of nerdy boys who are into Dungeons & Dragons and run their school’s AV club.

Need proof? The subplot about big sister Nancy – a swot trying to be cool – is another straight-up lift. Sorry, ‘homage’. 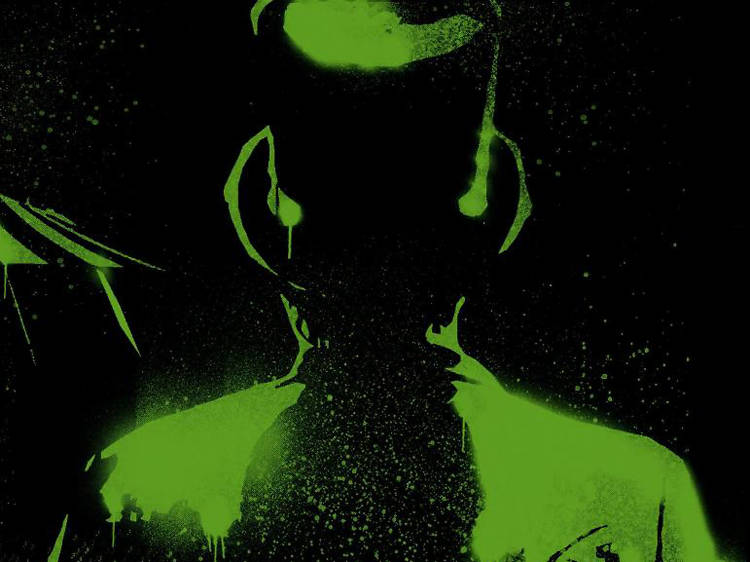 This is the book that inspired Stephen King, Steven Spielberg, Joe Dante, Neil Gaiman and all the rest. Ray Bradbury’s classic follows two 13 year-old boys who discover that the travelling carnival that’s just pitched up in their town is really a cover for all kinds of supernatural spookiness. This is the mother ship of ‘Stranger Things’ – and it’s a cracking read, to boot.

Need proof? The two main characters are called Jim and Will. In ‘Stranger Things’, Jim is the Sheriff and Will the missing boy. Coincidence? Maybe… 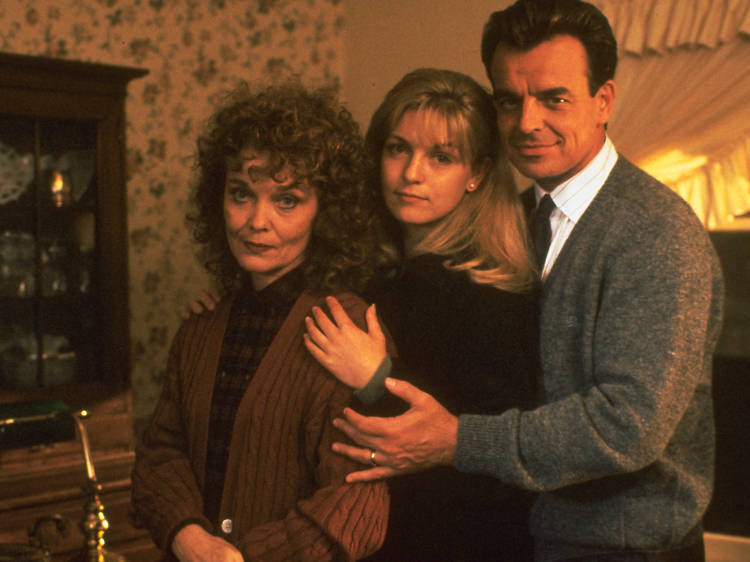 The first American TV show to really play with the rules of the TV series – and to push the envelope in terms of what you could on the small screen – David Lynch and Mark Frost’s iconic detective soap has influenced everything from ‘The X-Files’ to ‘Game of Thrones’. Clearly it’s a big touchstone for ‘Stranger Things’. 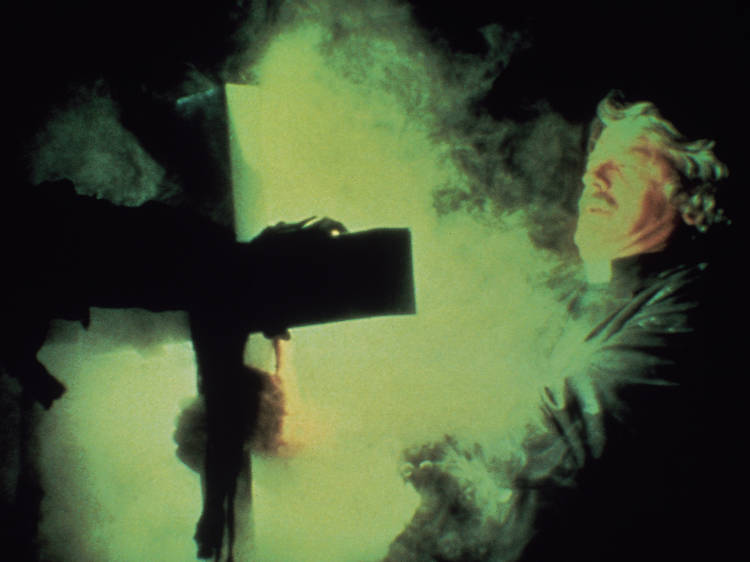 Like ‘Stranger Things’, John Carpenter’s campfire tale about a mysterious fog that rolls into a coastal resort one summer’s night absolutely nails the small-town vibe, where everyone knows everyone else and outsiders aren’t to be trusted. ‘Stranger Things’ creators the Duffers brothers expertly manipulate light and shadow – pure Carpenter too. 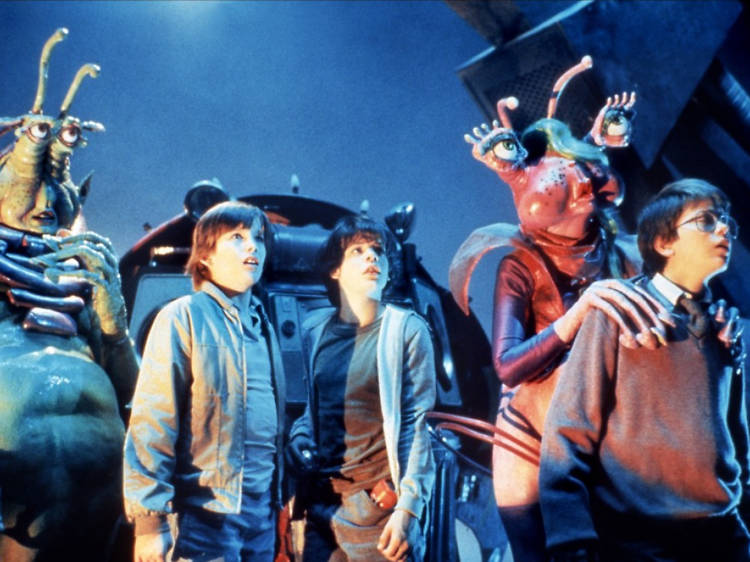 Produced by Steven Spielberg but directed by his ‘Gremlins’ teammate Joe Dante, this is yet another story of American adolescents faced with spooky goings-on – this time, dreams lead the boys to build their own spaceship. But like ‘Stranger Things’, ‘Explorers’ takes its young characters completely seriously – it’s no accident that two of the three leads, Ethan Hawke and River Phoenix, went on to become acting icons. 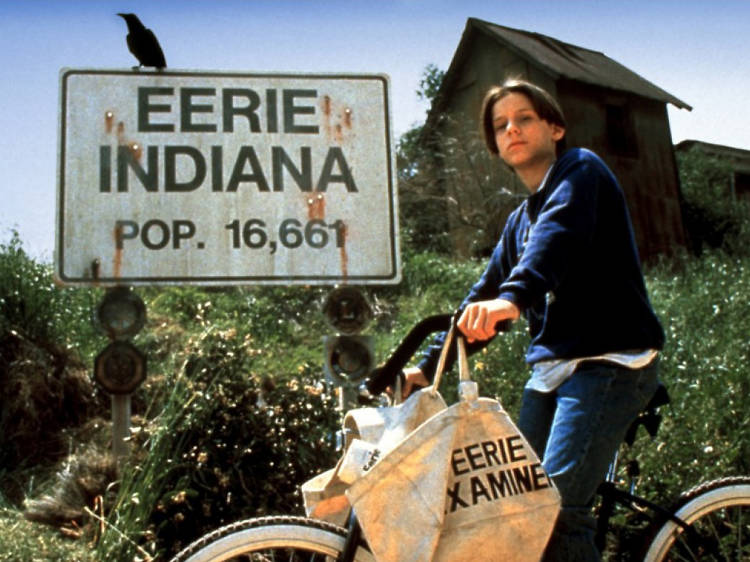 One of the first American TV shows to take the oddball vibe of ‘Twin Peaks’ and run with it, this loopy Disney Channel adventure series was overseen by none other than Joe Dante. It features Omri Katz as a straight-talking teen who runs into the likes of Bigfoot and Elvis Presley in the titular backwoods burg.

Need proof? Kids pedalling around on BMXs and running into monsters? Sounds familiar... 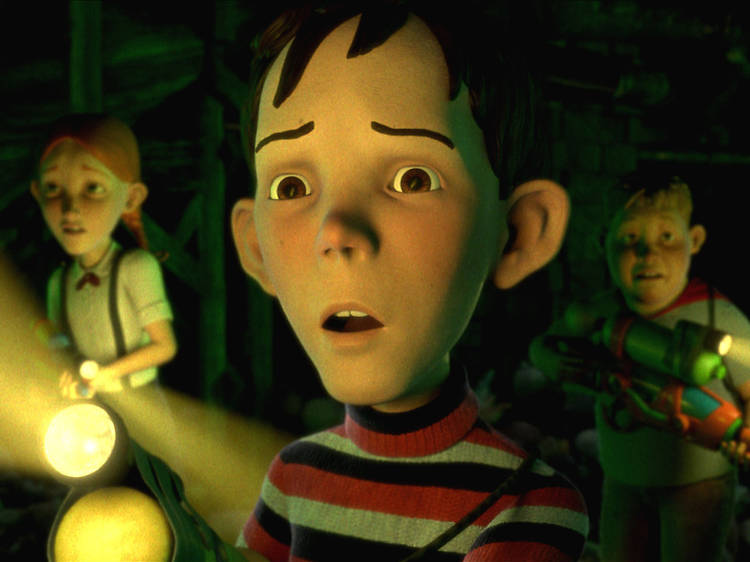 A decade before ‘Stranger Things’, writer-director Gil Kenan released this wonderful nostalgic cartoon about three kids who suspect the house across the way might be haunted. Riffing on exactly the same sources as the Netflix show, Kenan’s film is smart, funny and unexpectedly moving – and needs to be rediscovered. 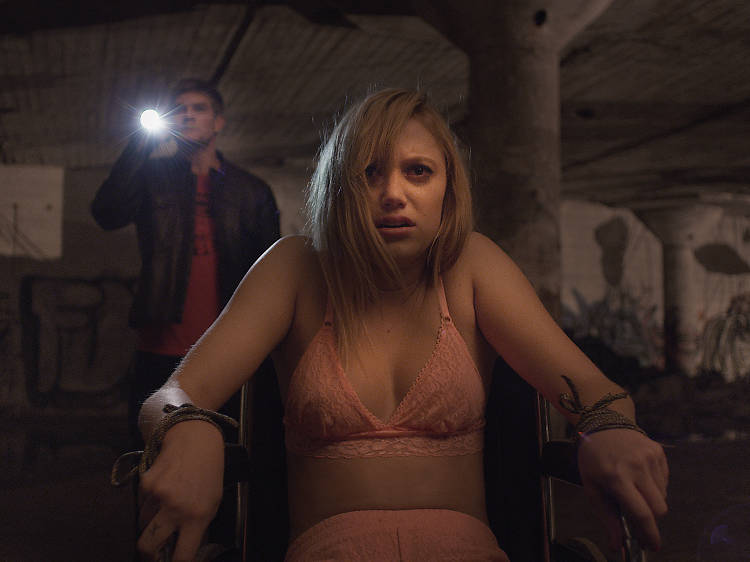 Influenced, like ‘Stranger Things’, by the movies of John Carpenter, ‘It Follows’ isn’t for the faint of heart: this deeply unsettling indie horror about a curse spread through sexual intercourse will leave you shaking behind the sofa. But the sense of suburban decay and teenage rebellion is absolutely pitch-perfect.

Need proof? The pool scene in ‘Stranger Things’ – with its uncomfortable overtones of adolescent sexuality, and that sudden, throat-grabbing kill – is very ‘It Follows’. 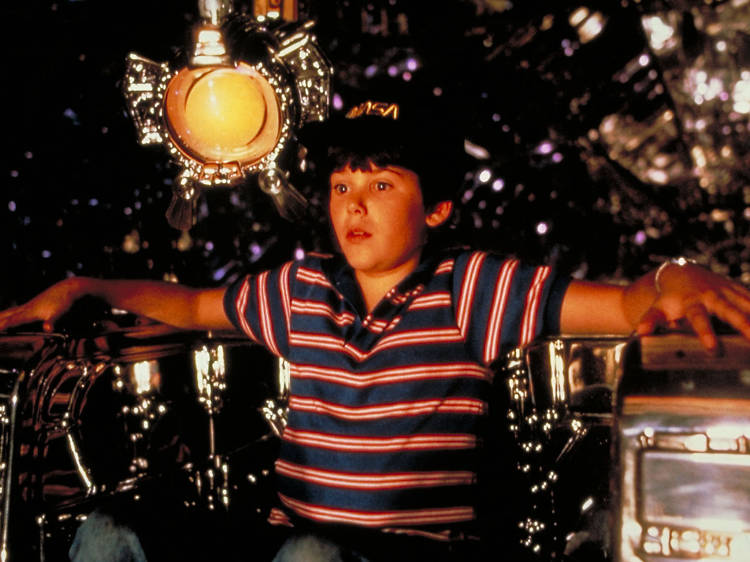 A lot lighter and goofier than the Spielberg and Dante movie that inspired it, Disney’s sci-fi romp nevertheless has a properly creepy, thought-provoking opening, as a boy heading home from a friend’s house gets lost in the woods and reappears eight years later – without having aged a day.

Need proof? That spooky sense of the local forest as a place where anything could happen is played on constantly in ‘Stranger Things’. 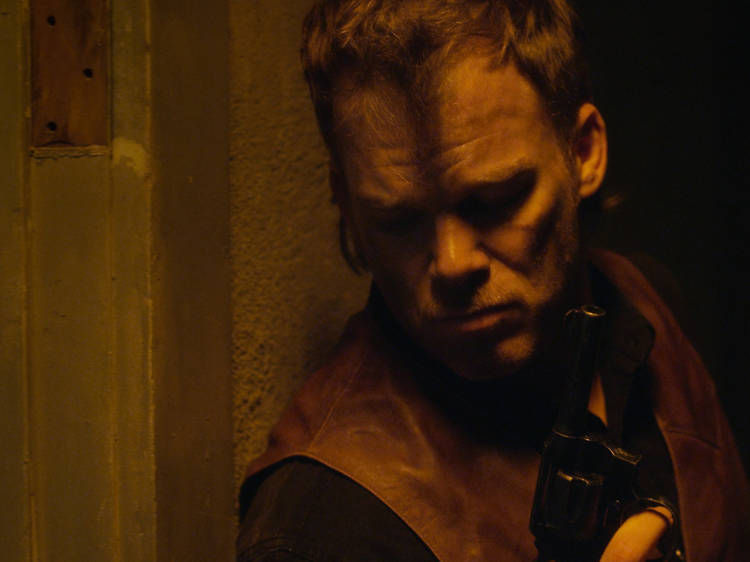 Another recent movie inspired by the ’80s, ‘Cold in July’ offers more grown-up thrills than ‘Stranger Things’, but the settings are eerily similar: slightly faded American towns with clapboard houses and lines of pickup trucks, and not entirely trustworthy police departments. The Carpenter-esque synth scores are awfully similar, too. 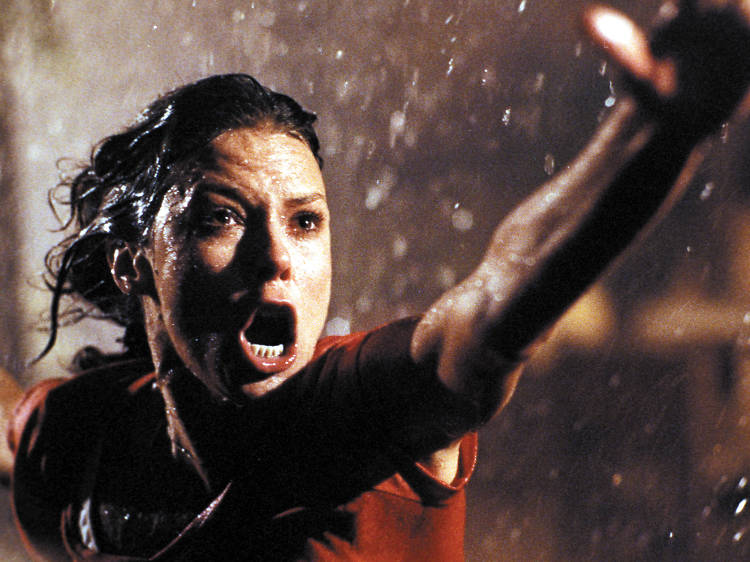 Producer Steven Spielberg may not have been credited as director, but his fingerprints are all over this haunted-house classic released the same year as ‘ET’. If anything, ‘Poltergeist’ actually nails the feeling of creepy goings-on in bland suburbia better than ‘ET’ – and the Duffer brothers have clearly been studying the expert way ‘Poltergeist’ employs lightning flashes, sudden booms and short, sharp scares.

Need proof? Robbie in ‘Poltergeist’ and Will in ‘Stranger Things’ have exactly the same haircut. That can’t be an accident. 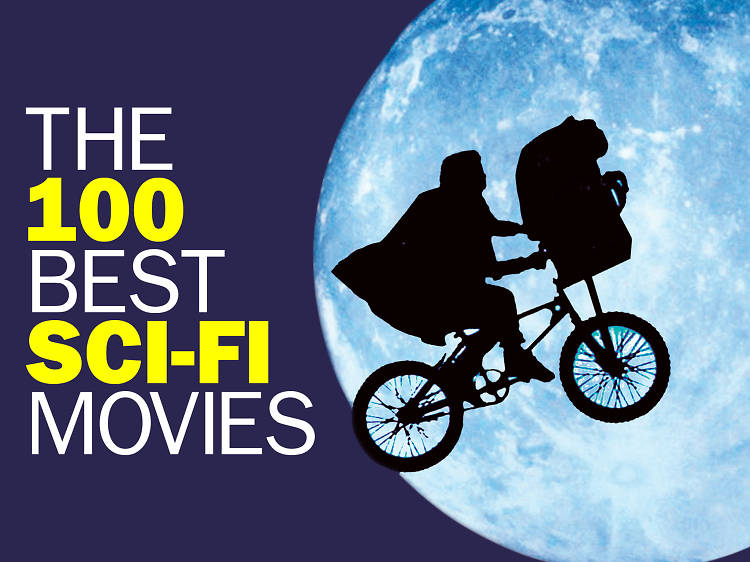 We polled the leading lights of both science and science fiction, from physicists to authors, from Oscar-nominated filmmakers to the stars of film and TV to create ‘The 100 best sci-fi movies’, a definitive overview of the genre from the silent spectacle of 1927’s ‘Metropolis’ to the intimacy of 2013’s ‘Her’.