The director of ‘Sideways’ and ‘The Descendants’ is back with another road movie. He tells us why, aged 52, he’s only just getting into his stride

Monday 2 December 2013
FacebookTwitterPinterestEmailWhatsApp
Advertising
Alexander Payne occupies an unusual place in American cinema. He casts stars like George Clooney and Jack Nicholson and works with the studios, so his films aren’t strictly independent. But their look, tone and interests are very much his own. After winning a screenwriting Oscar for ‘The Descendants’, the 52-year-old’s latest film, ‘Nebraska’, returns him to the wryly comic road-movie arena of ‘Sideways’ and ‘About Schmidt’. Set partly in Payne’s home state, which gives the film its name, it’s the story of a grumpy old man (Bruce Dern), who’s convinced he’s won a large amount of prize money. His son (Will Forte) joins him on a car trip across the Midwest. Your films are a mix of funny and serious. They’re often described as ‘dramedy’. What do you think of that label?
‘It’s hideous. I would never use it in a million years. For me, it’s a movie. And if I have to call my films anything, I call them comedies. I’m always looking for humour. That said, think back to “The Descendants”. You’ve got George Clooney, his wife is dying and there’s infidelity. Do you know what people always ask me? “How did you get George Clooney to run funny down the street?” The only question. It drove me crazy.’

Do you think we’re not used to films that mix real life and humour?
‘What other directors do you think are doing that?’

In America, the Coen brothers. Their new film ‘Inside Llewyn Davis’ is dark and melancholic – but very funny too.
‘That’s a lovely film. Very impressive. I’d rather talk about someone else’s film!

So what’s your definition of ‘funny’?
‘Truthful. Delightful. Recognition.’

I’m told you’re tired of being asked why ‘Nebraska’ is black and white.
‘I just don’t have a proper answer. If I met Woody Allen, it would never in a million years occur to me to ask: “Why did you shoot ‘Manhattan’ in black and white?” It just is.’


‘Nebraska’ is your sixth film in 17 years. Has what you’re trying to achieve with your films changed at all?
‘I just try and make decent movies. Also I feel like I’m still learning. I feel these first six features have been a learning experience and maybe now I’m ready to make a film. I’m humble enough and megalomaniacal enough to say these first six films are minor works!’

Bruce Dern plays the lead, Woody, in ‘Nebraska’. Do you give your actors a lot of leeway?
‘Not a whole lot. In America, when you work with stars, like Jack Nicholson on “About Schmidt” or Clooney on “The Descendants”, when you cast a known star, then you tailor the script a bit to address the perceived strengths of that person. I never do that. I want the star not to be a star, but to be an actor and play that person. That was true here.’

You shot a lot of ‘Nebraska’ in your home state. Is it easier to tell stories in a place you love?
‘Oh yes – but I love our whole fucking planet. We have such a beautiful planet.’

Would you like to tell stories outside of America then?
‘Very much so, I’d like to work in other countries and in the past. I’d like to make period films. I haven’t read the right screenplay yet, and typically you need more money. You have to change everything. The cars. Actually, it would be lovely to make a film pre-cars, to keep cars totally out of the picture.’

Which directors excite you outside of America right now?
The Thai guy with the unpronounceable name, he’s good [Apichatpong Weerasethakul, director of ‘Uncle Boonme Who Can Recall His Past Lives’]. Interesting rhythms. Weird. He has his own language. Um. Who else is good? One of the best films I’ve seen this century is an Uruguayan film from a few years ago called “Whisky”. I’ve traditionally followed Pedro Almodóvar. Michael Haneke’s “Amour” I think is the only true masterpiece we’ve had in the last how-many years. It’s a tremendous film.’ 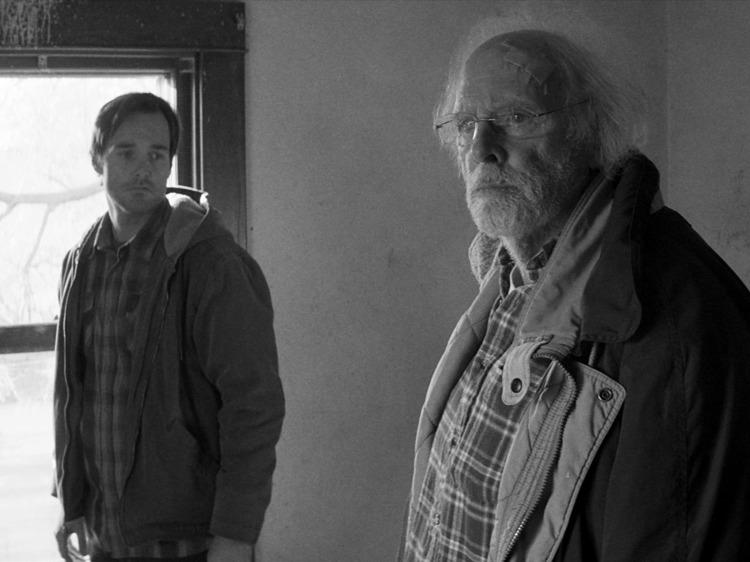 Alexander Payne is the compassionate, thinking face of American comedy. With films like 'Sideways' and 'The Descendants', he tells laidback tales of people facing problems or changes in their lives. His new film 'Nebraska' is shot in black and white and takes the name of his home state as its title.