Charlotte Riley on how she became Kate Middleton

The queen is dead in the BBC’s new adaptation of ‘King Charles III’, and Charlotte Riley is a steely, savvy version of Kate. We asked her how she transformed herself into the Duchess of Cambridge

From half-feral Catherine Earnshaw in ‘Wuthering Heights’ – where she met her husband Tom Hardy – to the brilliant and fearless May Carleton in ‘Peaky Blinders’, Charlotte Riley plays bold heroines. So you might think that her latest role, as Kate Middleton in the BBC adaptation of Mike Bartlett’s future-history play ‘Charles III’, is a marked departure. But unlike the seemingly passive K-Mid that we’ve come to, well, not exactly know, the Charlotte Riley version is all ambition and steely determination.

We meet the actress in a Soho hotel room and she’s a bundle of energy. Bright and chatty, with a lovely soft north-east accent – Teesside not Leyton – quite unlike the plummy voiced characters she’s played. We chatted to her about filling those nude-heeled-shoes… and swallowed the urge to ask about her bedtime-story-reading husband.

How did you go about researching Kate Middleton? She’s not exactly an open book…

‘I started, very intellectually, with YouTube. I watched endless videos of her. I also watched all of the weird documentaries about her – how factually correct they are, who knows? My auntie sent me one of those cheesy books, a Kate Middleton annual. More as a joke but it was actually quite interesting to see all her changing styles.’

Speaking of her style… Was the physical transformation quite important?

‘We didn’t go as far as giving me blue contacts, because it’s not an impression of Kate Middleton. In terms of physicality, in terms of acting and voice, it was a nod towards her so you can grab the audience’s attention and they can believe that that character is Kate and go on the journey with the story.’

How realistic do you think writer Mike Bartlett’s version of Kate is?

‘In this, Kate is incredibly business-minded, pragmatic and savvy, and I like to think that Kate Middleton is all of those things in real life. She might not go about them in the same way but I think she’s a very clever woman. Mike has accentuated a part of her personality in the piece that we don’t usually see, because we’re so preoccupied with what she looks like and what she wears. You see her bargaining with the public, saying “I’ll give you this, I’ll give you my public persona, I’ll give you my privacy but in return I want to also bring X, Y and Z.”’

This is a very flattering portrayal of her. Surely it’s better for a woman to be scheming and bright than a plastic doll…

‘Would you use the word scheming if it was the man making those choices? If she was the CEO of a business you wouldn’t see it as scheming, you would see it as pragmatic. She’s saying, “This is a family but it’s also a business and we need to move this business into its next phase of evolution. This world is ridiculously based around social media and column inches. If you want to move with the times you have to move with the column inches.” That’s what she’s saying. That’s the world we live in now.’

I don’t necessarily think that scheming is a bad thing.

Are you worried about any backlash from the royal-family-obsessed papers?

‘I think the whole point is to raise questions and issues around the royal family. If it didn’t cause some kind of debate then we probably failed at our job so, bring it on!’

Has this role changed your opinion on the royal family?

‘I’m not a massive royalist. The more research I did the more [I realised] you couldn’t pay me to be in their shoes for a day. What they do is incredibly difficult, the scrutiny they’re under. Having done this I have much more respect for the work that they do. It’s a huge amount of privilege but equally, a crushing amount of pressure.’

‘It was difficult; it was quite controversial. I think on set you could sense that it felt a bit treasonous – a bit weird – but then equally that’s the whole point of art and drama is to push those boundaries. It felt exciting, I guess.’

The rest of the cast had already played these roles on stage. Would you have liked to?

‘I would have loved to. Doing it over and over and over again you find other nuances that you don’t get to when you’re playing it so quickly on screen. The cast had done so much work already. They were really generous with the fountain of knowledge that they had and the issues and problems that they had worked through.’

I love your character in ‘Peaky Blinders’ – are you always drawn to strong female roles?

‘Yeah. Well, yes and no – what do you mean by strong? Strong for me is just someone who has an interesting journey. That’s what draws me to characters and what I liked particularly about May was I felt like she was quite an interesting contender for Tommy Shelby. I like characters who challenge me.’

Finally, the mane question – was all of that your hair?

‘No, it was hair extensions.’ 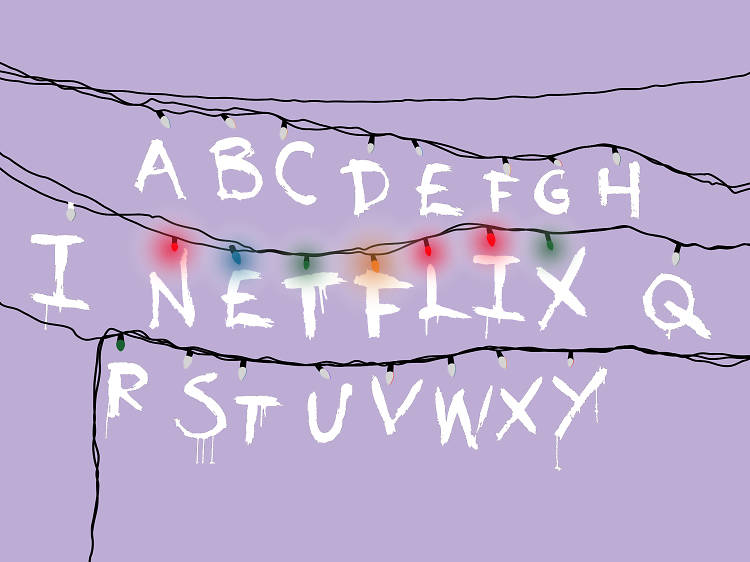 The best of TV on demand