How ‘The Ladykillers’ defined the look of post-war London

‘The Ladykillers’, released in 1955, is one of the truly great London movies. Its location is integral to the story. Just like the depiction of W11’s grotty bohemia in Donald Cammell and Nic Roeg’s counter-culture classic ‘Performance’, or those deserted Docklands vistas, before the arrival of bankers and glass and steel high rises, in John Mackenzie’s 1980 gangster opus ‘The Long Good Friday’. As the years go by, these cinematic landscapes offer us a deeply evocative snapshot of a place caught in time.

In ‘The Ladykillers’ that London landmark is King’s Cross, complete with its bustling railway terminus and giant gas holders surrounded by worn-down residential streets. This is King’s Cross shot in sizzling Technicolor a decade after it had been a bombing target for the Luftwaffe. A King’s Cross still determined to retain the Victorian industrial heritage that had once transformed a backwater on the River Fleet – then known as ‘Battlebridge’ – into the beating heart of London.

The film’s plot was the brainchild of William Rose, an American-born screenwriter, and involves five oddball criminals who pull off a bank robbery while renting rooms in a wobbly house owned by an elderly widow called Mrs Wilberforce. But it was director Alexander Mackendrick’s decision to integrate the Dickensian character of the Cross with Rose’s darkly funny concoction.

When I was the oral historian of King’s Cross Voices from 2004-8, recording people’s experiences in an area then in the throes of regeneration, ‘The Ladykillers’ was my route map into visualising this old King’s Cross.

In the film, though, the geography is actually all over the place. Mrs Wilberforce’s house appears to be situated in a cul-de-sac looking out towards the old St Pancras Station’s Midland Grand Hotel. But to film its exteriors, a replica was built on Frederica Street overlooking the Copenhagen railway tunnel, a mile or so up the tracks from King’s Cross Station. The view from the back of the house captures the film’s macabre denouement… which I won’t give away. (I’ve watched ‘The Ladykillers’ at least a dozen times but nothing beats the first viewing.)

Frederica Street was torn down in the 1960s. Nothing is left of the Victorian homes, though the pub on the eastern corner of Caledonian Road overlooking HMP Pentonville survives to this day as Doyles Tavern. When I interviewed ‘The Ladykillers’ production manager, David Peers, for King’s Cross Voices he remembered befriending the neighbours: ‘In one house that was nearest the set, there were people I got to know very well. They were intrigued, and they kindly offered hospitality to Alec Guinness and all the actors to go and sit there, and have cups of tea. Normally, we'd have had a coach for make-up, wardrobe, hairdressing and half a dozen or more vans and coaches taking up a lot of the street.’ There’s photos that show a banner with the words ‘The Ladykillers tea party’ strung across the street, and a long line of trestle tables for the cast and the children of Frederica Street. It was a thank you after weeks of location shooting and a tribute to that bond that developed between the film and the locals.

Until the major redevelopment began in the early 2000s, Cheney Road, where the robbery takes place, was still cobbled with granite kerbs and iron bollards. The dwellings built by philanthropic Victorians for railway workers and their families were home to students, squatters and artists. Sculptures made with found objects beautified the courtyards. Night and day, prostitutes and drug dealers plied their trade as King’s Cross became synonymous with vice and sleaze. But there were spectacular views over the railway tracks and the majestic latticed gas holders of the neighbouring Imperial Gas Works. Early in the 21st century, they were dismantled like massive Meccano pieces, to be re-sited in the former railway lands development. One of the old gas husks now houses a private apartment complex.

Long after ‘The Ladykillers’ was filmed in Cheney Road and Battle Bridge Road, this lost-in-time section of King’s Cross became an on-screen counterpoint to the emerging yuppie Islington of Mike Leigh’s ‘High Hopes’. It was used as a period setting in ‘Chaplin’ and ‘Richard III’. If you’re trying to find the spot where the gang hijacks the security van now, Cheney Road is hidden somewhere within a new world of office blocks and retail outlets.

In his 1920s novel ‘Riceyman Steps’, Arnold Bennett describes King’s Cross Road to the south of the station as ‘a hell of noise and dust and dirt… a vast clangour of iron thudding and grating on iron and granite, beneath the bedroom windows of a defenceless populace’. It’s here that the gang squeezed into a prop red telephone box on Vernon Rise to hear whether Mrs Wilberforce had unknowingly picked up their loot. Little has changed. Decades after the film, that fake phone box is just about the only thing not still in evidence.

The view from King's Cross Station towards Pentonville Road

King’s Cross station opened in 1852, and the speed and luxury of the legendary Flying Scotsman express passenger service helped it to become one of the most famous railway stations in the world. It’s an accolade that’s been aided in recent years by the creation of the fictional Platform 9¾ in the Harry Potter films. However, it is ‘The Ladykillers’ where King’s Cross actually takes star billing – and in a very special film.

‘The Ladykillers’ is out in 5-disc 4K collector’s edition, Blu-ray, DVD and digital platforms on Nov 9. 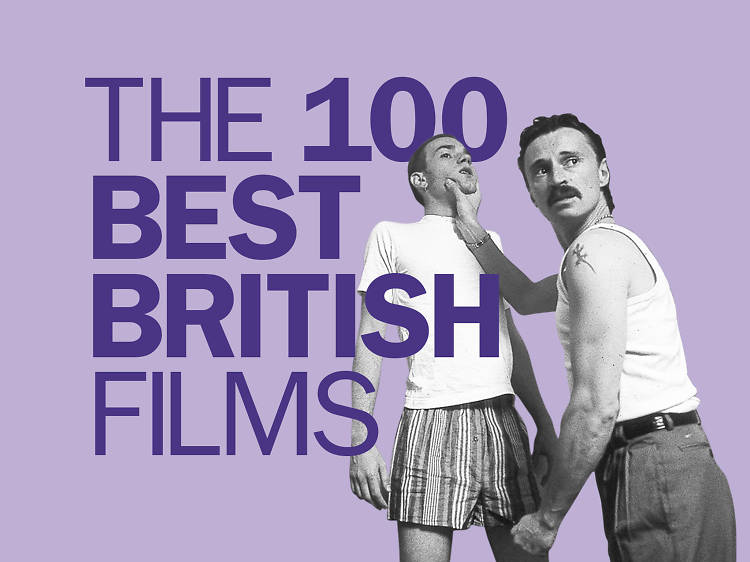