Jordan Peele: ‘What do I find scary? Rabbits!’

Horror hero Jordan Peele is a big softie at heart. We talk to the director of ‘Get Out’ and ‘Us’ about what keeps him up at night

Jordan Peele is ridiculously hot right now. His Oscar-winning horror smash ‘Get Out’ has made the American comedian-actor-writer-filmmaker-massive-movie-geek a major Hollywood player. Producing the much-praised ‘BlacKkKlansman’ probably hasn’t hurt either. Like ‘Get Out’, his new movie, ‘Us’, is a scarefest full of sharp social and racial commentary. It’s dotted with little plot hints and fan-thrilling Easter eggs that’ll have you asking seriously unusual questions like: ‘What’s the significance of “11:11”?’ and ‘What’s with all the rabbits?’ You may just jump out of your skin and straight into the queue to see it again to find out what you missed the first time. In person, Peele’s nothing like as scary: serious and thoughtful about his craft, sure, but funny and eager to sweep you up in his passion for the genre.

Where does your love of horror come from?
‘I was a very afraid child and teenager, and horror helped me deal with that. It helped me develop the tools to keep my fears at bay. Telling horror stories is even better. I feel very empowered by being a horror storyteller.’

Did you watch loads of horror films as a kid?
‘I watched a few. Back then, my best friend was allowed to watch horror movies and he had [American horror fan magazine] Fangoria, and he was my introduction to horror. My imagination went crazy off the titbits I got going to his house, and then I’d watch horrors that scared the shit out of me.’

Are there any that are just too scary for you?
‘No. But probably the most harrowing two that I could name off the top of my head are [2008 French extreme horror] “Martyrs” and [Michael Haneke’s home-invasion horror] “Funny Games”. Those are both exercises in making you feel miserable. If you’re a real sick puppy like me, you take a little bit of glee in the artistry behind the vision. Horror gives us a more powerful emotional response than just about anything else.’

You make movies that need to be seen again pretty much immediately, because they’re so full of clues and Easter eggs.
‘I’m just a huge fan of movies that grow. Christopher Nolan is the master of the movie that gets better every time you watch it, because he’s put all those layers in.’

But you’ve got 15 or 16 ‘Inception’-like spinning tops in this movie.
‘I know, I go a little bit crazy, but people dig it. I’m basically nerding out [with movie references and clues] and hopefully there’s a near-endless amount of things for the audience to talk about afterwards.’

Lupita Nyong’o is spectacular in it – as the hero and her evil doppelgänger. How did she come up with that terrifying rasping voice that the evil twin speaks with?
‘The script just said: “She began to speak and her voice sounded like it hasn’t been used in years.” Lupita interpreted that and the first time I heard it I knew we were going to get a villain the likes of which we’d never seen.’

Is it important to have a black scream queen in a big horror movie?
‘There’s been a few black scream queens, but to play the villain and the protagonist and bring the depth to those characters is a crazy feat. I wanted to make a movie where there’s a black family at the centre of a horror film. That felt like the piece of the representation puzzle that, oddly, we’ve never seen.’

‘I was a very afraid child and teenager, and horror helped me deal with that’

Apart from your toddler, what keeps you up at night?
‘You know what? My guy, Beaumont, is sleeping through the night. I’ve been sleeping pretty well. I was going to say binge-watching television, but you meant figuratively rather than literally?’

I’ll take literally too.
‘I’ve been watching “Russian Doll” – which is really good – and an embarrassing amount of a show called “90 Day Fiancé”. I watch an annoying amount of reality television. It’s fake as hell but still more real than anything else.’

You’re also producing a new version of the ’90s horror ‘Candyman’. Is it a reboot? A sequel?
‘We’re calling it “a spiritual sequel” and all sorts of other tricky things to avoid answering that question. It’ll be for people who know the original film and for those who don’t, too.’

In the movie, if you say ‘Candyman’ five times in the mirror, he appears. Have you ever tried that?
‘I’ve got to four. I did [folklore legend game] Bloody Mary as a kid, which I don’t recommend either. You turn the lights off and say it in the mirror three times and an apparition is supposed to appear.’

One scene in ‘Us’ features a lot of rabbits. How do you direct bunnies?
‘Luckily, I could just tell them to act like bunnies, which meant they were going to poop and fuck and we’d shoot around them. Did the sex-crazed bunnies ruin my takes? They made it awkward, but I’m happy to say no bunnies were harmed making the movie. My psyche was harmed, because I find rabbits pretty scary. Them, and cockroaches.’

But aren’t you voicing a rabbit in ‘Toy Story 4’?
‘Isn’t that weird? “Us” is all about coincidences and things do seem to line up sometimes.’

You and Keegan-Michael Key voice two new characters, Bunny and Ducky. How was that?
‘Pixar really encouraged us to find that “Key & Peele” chemistry, though I don’t know how much of the improvising made the actual film. I probably shouldn’t tell you this story but they showed us a clip of the animated Ducky and Bunny doing the “I said… biiitch!” sketch from “Key & Peele”. We got a big kick out of that.’

And you’re finally in a movie you can actually show your son…
‘No, I showed my 15-month-old son “Get Out” first, just to give him an idea of race relations. I’ll wait to show him “Toy Story 4”. I don’t want to confuse him.’ [Laughs]

Lastly, you cast a Londoner, Daniel Kaluuya, in ‘Get Out’. Has he given you any insider tips for while you’re in town?
‘No, he hasn’t. I think he’s in the States filming. I tried to text him to see if he wanted to have dinner but no response. This is Posh Kenneth from “Skins” not giving me the time of day!’

Check out our list of the 100 best horror films 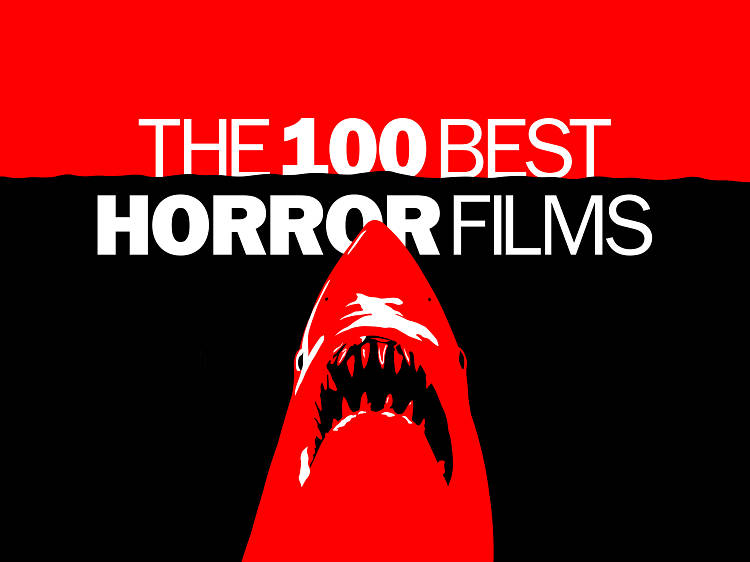 The 100 best horror films - the scariest movies ranked by experts

Choosing the best horror films of all time is a monstrous task, especially considering the genre’s renaissance in recent years with films like ‘Get Out’ and ‘Hereditary’. Finally, after years of scoffing and snobbery, horror is getting its moment of critical adulation.