Meet the people who inspired ‘Pride’

‘Pride’ is the true-life tale of an unlikely alliance between London’s gay community and striking Welsh coal miners. Here, the real Londoners tell their stories

Thirty years ago, in 1984, miners went on strike in one of the UK’s most bitter industrial disputes. All around the country, people came together to raise money and pledge solidarity with the miners and their families, who faced hardship as the strike wore on. The biggest fundraiser was a group of gay and lesbian campaigners – who saw the harassment of the miners by Margaret Thatcher’s government as mirroring their own experiences.

Calling themselves LGSM (Lesbians and Gays Support the Miners), they set off from London in two minibuses and a clapped-out campervan to a village in South Wales carrying buckets of loose change raised in gay clubs and on the streets of London. The story of how those two worlds collided has now been made into ‘Pride’, a film with the biggest heart you’ll see this year. It will leave you punching the air and sniffing into your cardigan sleeves. Three LGSM members, all in their twenties and thirties during the strike, tell us what really like.

Nicola, 54, is a writer and artist from Peckham. In 1984 she worked in community video, making films about lesbian and gay rights.

‘Why did I join LGSM? I saw workers’ rights and sexual liberation as parts of the same fight. Thatcher was out to smash the National Union of Mineworkers. She was also exploiting the Aids pandemic to demonise the increasingly confident gay movement. I wanted to help the miners win and to bring down the Thatcher government.’

‘The miners and their wives brought a breath of fresh air into gay clubs in London. They used to arrive from Wales dolled up in their glad rags and it was club, club, club. I couldn’t keep up with them. They were welcome in gay clubs. If you’re running on to the dance floor and whooping with happiness, who’s going to say: “You shouldn’t be here?”’

‘In London you couldn’t walk down the street holding hands with your lover without being sneered at and threatened. I was on the tube in the 1980s and there was a bunch of National Front thugs on the train. Their target was a Jewish man, and they were singing: “Kill the queers, gas the Jews”. But we didn’t want to be scared back into the closet.’

‘The film is a brilliant retelling of  the story. The first time I saw it, I was just stunned, really emotional. I watched it again last week with people who didn’t know the story, and there were tears and a standing ovation. It’s magnificent.’

Mike, 60, is a Kew-trained horticulturist who also teaches gardening courses for beginners. He lives in King’s Cross.

‘I’ll never forget the first time we went to Wales. We walked into the miners’ welfare club at  seven o’clock, through these double swinging doors. Conversation dropped, and for a split second we didn’t know what the fuck was happening. Then somebody started clapping, and then the whole lot of them were clapping. Every hair on my body stood on end. Those moments make you realise how the world can turn around in a split second. That one person clapping, their acceptance, changed the world. Then we all got pissed and danced together. Not the men; Welsh men usually didn’t dance.’

‘We didn’t encounter any homophobia among the miners. Years later I found out that very first letter I sent – saying there’s a bunch of poofs in London who want to twin with your community – did lead to a very heated debate. But the consensus was that we’d had the decency to collect money for them and offer our solidarity.’

‘There wasn’t any pussy-footing around. They asked us questions about how we met and casual sex. The second time we met them, three miners came down to our weekly LGSM meeting in London. We took them to the pub afterwards. One of the miners turned round to me and said: “What I want to know is, where do you meet each other?” So I explained about clubs and cottaging. I told him about Hampstead Heath and what went on there. He was being frank, there was no point me being dishonest. He was totally sanguine about it.’

Jonathan, 65, from Brixton, is a retired English National Opera costume maker. He was training as a pattern cutter in 1984 when he joined LGSM.

‘I was diagnosed with HIV in October 1982. I was the first person diagnosed at the Middlesex Hospital. For gay men then, it was like what it must have been like in World War I. People were dying and dying horribly: it was terrifying. I thought to myself: You’re going to be dead in a week, so you can do anything. That’s how I could throw myself into this adventure.’

‘There was anticipation and foreboding going down to Wales. What were we letting ourselves in for? But there was also the sense that it was important. In Wales they were dealing with life and death themselves, in their communities. In the gay community we were constantly under attack from the police and powers that be. Now the miners were getting it. Suddenly, these people who would normally be so law-abiding were also under attack.’

‘If you and I were sharing a flat in the 1980s and I brought someone back for the night, I was breaking the law. The legal age for gay sex at that time was 21, and it had to be private. Craziness.’

‘The first time I saw the film, I found it really difficult. It brings back all these memories of people who have died. It’s an amazing film. It’s got the essential truth.’

‘I’ve just hit 65; I’m a pensioner; I swim every morning at Brockwell Lido. I shouldn’t be alive.’

‘Pride’ is released in UK cinemas on Fri Sep 12. 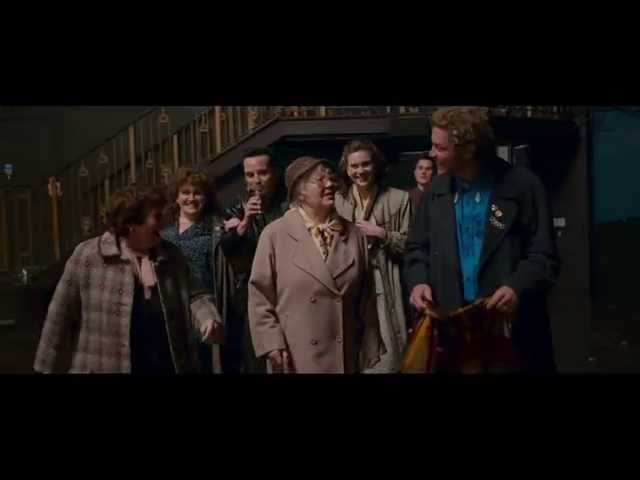 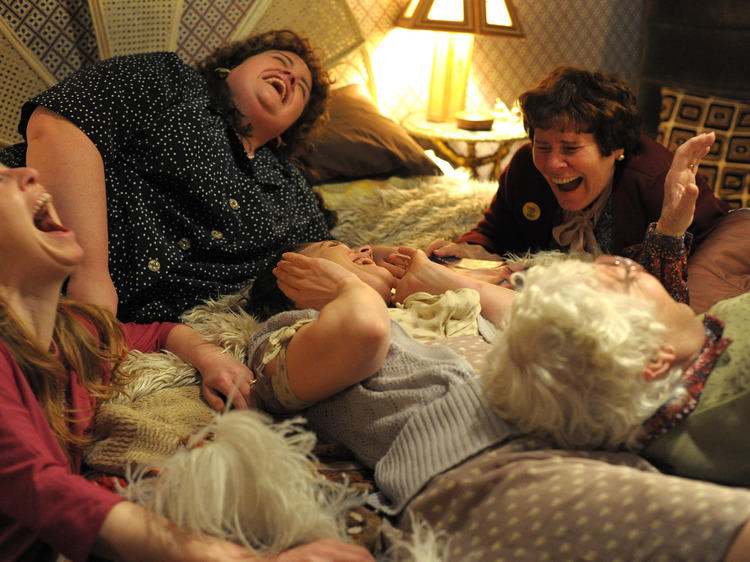 For a defiantly mainstream film, it’s free of coyness or embarrassment and unashamed of shouting about the powers of solidarity, friendship and empathy. It’s a joyous film, full of love and warmth but unafraid to admit that with sticking out your neck comes struggle and sorrow. Truly lovely.