On the set of ‘Rocks’: ‘We wanted to build this film with young people’

Time Out heads to Hackney to watch a unique, irrepressible London movie coming together

A group of teenage east Londoners are doing pirouettes together across the roof of Sulkin House, a block of flats in Bethnal Green. Their euphoria quickly mutates into improvised ballroom poses, then hip-swinging moves all across the rooftop. Every single one of them is completely unbridled, with energy levels that it’s tiring even to envy.

It’s the final day of shooting on Rocks, a unique movie collaboration overseen by director Sarah Gavron (Suffragette). For the next set-up, she’s soon shepherding her young cast from one side of the rooftop to the other to get the best shot. The girls are calling out each character’s name in turn, shrieking with laughter. Shouts of ‘Oh, whatever!’ and ‘live in the moment!’ echo out across the rooftops, drowning out passing sirens, the hum of traffic, even the rumble of the Overground through Bethnal Green.

Rocks tells the story of a teenage British-Nigerian girl (played by Hackney local Bukky Bakray, aged 15 at time of filming), who wakes up one morning to find that her mother has left her and her younger brother Emmanuel (D’angelou Osei Kissiedu) to live alone. She attempts to hide this fact from social services and her friends alike, and ends up carrying a burden beyond her years.

With the City’s financial district in the distance and the late summer sun beating down, Gavron’s talented young cast (Bakray, who plays Rocks, is joined by fellow east Londoners Kosar Ali, Anastasia Dymitrow, Afi Okaidja, Tawheda Begum and Ruby Stokes) are on the homeward stretch. While the rest of the movie was filmed in chronological order – including a jaunt to the Hastings coast – today they’re filming the opening scene.

One of the things that makes this movie so special is its collaborative heart; its mission to tell an authentic story about young people in east London. After finishing her work on 2015’s Suffragette, Gavron and her team (including associate director Anu Henriques and what would end up being a 75 percent female crew) wanted to tell a fresh story of girlhood and female strength. But instead of deciding first on the plot of this story, they decided on who they wanted to tell it first – and where.

They zoned in on east London – ‘I know this part of town quite well at this point,’ jokes Gavron – and met more than a thousand girls in numerous schools across the area, all the time feeding back ideas for a story straight from the teenagers they chatted to. After extensive casting workshops, they found both their actors and their story.

What started out as an idea from British-Nigerian writer Theresa Ikoko – who grew up in a similar Hackney neighbourhood to Rocks – was then finessed into the final storyline through the workshops. The script, just like the plot, was sculpted around the girls’ own experiences and their views on how things should unfold – making them the driving force behind the entire film.

While Gavron, Ikoko, co-writer Claire Wilson and the rest of the team made suggestions, there was rarely a script for the cast to read, and they were given final say on what their character would realistically do or say. ‘The whole idea was that the girls would improvise parts themselves,’ producer Hannah Price explains between takes. ‘We would just talk to them about the scenes and the characters, and the girls would interpret that in their own way and put in their own dialogue.’

Adds Gavron: ‘Authenticity was so important to us, and that was the reason to build it with the young people, rather than build it and take it to them.’

The girls, aged between 14 and 17 at time of filming, are a barrage of guffaws, crows and giggles. All of them are quick to insist that they see the film as their legacy, and a testament to the importance of what everyone goes through as a teenager.

As they animatedly discuss each take with Gavron, it’s obvious that they’re telling their own story. ‘We were really directed by them,’ Price says. ‘We didn’t want to tell the story – we wanted the girls to tell the story.’

For Rocks’s director, the idea was to make a movie on the girls’ terms, being prepared to jettison film industry norms along the way, if required. ‘We didn’t want the girls to worry about needing to hit marks or stand in the light or say exactly the same lines after action,’ Gavron says. ‘We were trying to get the most uninhibited performances possible.’

And judging by the ruckus as the next set is prepped, uninhibited, gleeful and free is the order of the day. Bakray and her co-stars carry on shouting and screaming in excitement for a long time after the crew call for filming to be ‘cut’.

Rocks is a film that navigates all the trickiest areas of adolescence: from friendship fallouts, to burgeoning dreams and rebellion. It’s a harrowing story, with moments of joy, optimism and pure reckless abandon – moments often heralded by Rocks’ friends. It’s a hymn to the importance of friendship, particularly at a time in life when girlhood is being forged into womanhood.

It’s also a love letter to Hackney and Tower Hamlets, full of personal – and local – touches. When filming called for surplus amounts of yams for a scene of a Nigerian breakfast in Rocks’s family flat on the De Beauvoir Estate, a Nigerian lady who lived close by cooked them. For Bakray, filming the film in and around her neighbourhood in east London made her feel right at home on set. ‘It felt good to know that my area was going to be on screen and telling a story,’ she says.

Many of the stopping off points on Rocks’s journey are visible from the roof on which we’re standing. The crew point out the school that Rocks and her friends attend in the film – and the many others Gavron visited during casting – as well as the production office near the Olympic Village used to put the film together.

Selfie time on the set of Rocks

Also, Sulkin House’s neighbouring residential block is, coincidentally, named after suffrage campaigner Sylvia Pankhurst – a key figure of inspiration for Gavron’s previous work. ‘East London was Sylvia Pankhurst’s stomping ground and she did a lot of work there in terms of nurturing and supporting the community,’ she says. After telling stories of women fighting for the right to love freely (in Brick Lane, her first film) and to vote (in Suffragette), it seems no coincidence at all that Gavron has chosen this particular area of London once again to scout, set and film her latest project.

As Rocks’s final scene is filmed right next to a namesake for a revolutionary, Gavron voices her hopes that this kind of filmmaking will help to create change. By letting these girls take the wheel when it came to authentically telling this story of adolescent girlhood and strength, she hopes that more and more Londoners will see themselves and their lives on screen, including those belonging to ethnic minority groups.

For her and her team, the ethnic diversity of London’s streets, buses, tubes and schools should be reflected on screen – and they think it ‘strange’ that this isn’t more of a priority to other moviemakers – so that’s exactly what they set out to do.

‘We felt like we wanted to show what was out there, showing Londoners the cultural mix you get,’ she says. ‘It was about more than just telling a story, it was about showing what’s really out there.’

Rocks is in UK cinemas on Fri Sep 18. Read our review here. 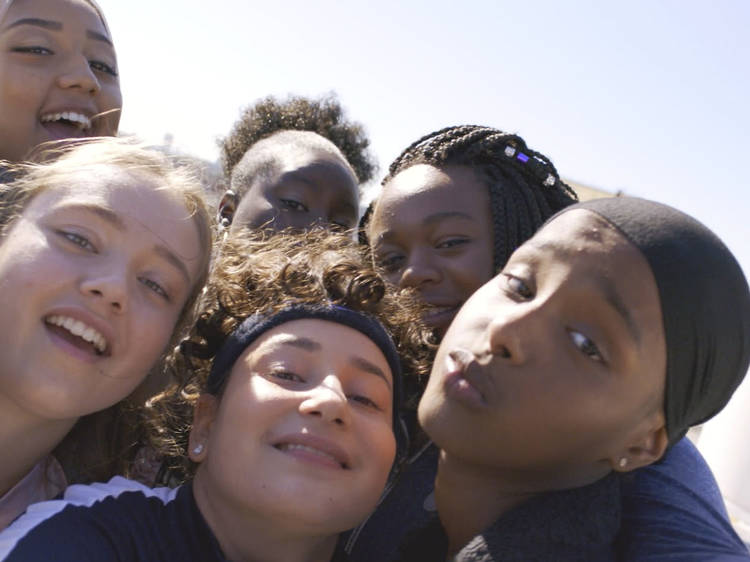 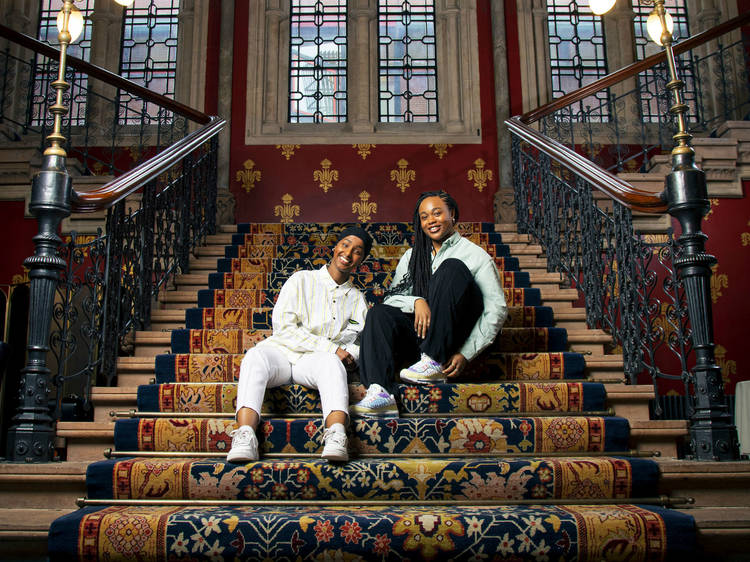