Reggie Yates: ‘People said: “We’re not talking to the press, but we’ll talk to you”’

Reggie Yates has gone from kids’ presenter to documentary maker. We spoke to him about his new film on the Grenfell tragedy

People are always coming up to Reggie Yates: on the streets of London, while he’s making documentaries; during our interview. I do it myself: bounding up to him in the lift at Shoreditch House before we’re even introduced. He’s been in the public eye for so long (26 years!) that it feels like he’s already your mate.

‘A whole generation has grown up with me,’ Yates says as we sit together in the members’ club – and he’s right. Your first brush with him could have been decades ago, on kids’ breakfast shows ‘Diggit’ and ‘Smile’. Or maybe later in teen drama ‘UGetMe’. Or presenting ‘Top of the Pops’. Or his Radio 1 show, or ‘Release the Hounds’.

But it’s not just the 34-year-old’s fans who’ve grown up. In recent years Yates has gone from presenter to award-winning documentary filmmaker. His films have seen him tackle controversial issues and tough conversations; reporting on homophobia in Russia and race riots in the US. ‘Something shifted in me and it will never shift back,’ Yates tells me. ‘I have real ambition to do things that matter. That has become a bigger thing for me the older I’ve got.’

This year, Yates, who grew up on a council estate in north London, is back on home turf for a documentary about the Grenfell Tower fire, which nine months ago devastated the local community. The hour-long film tells the human stories behind the headlines. It focuses on five people who lost their lives in the fire– from 12-year-old Jessica Urbano Ramirez to Syrian refugee Mohammad Alhajali – and the community they left behind. Yates is clearly serious about dealing with this London tragedy in the right way. He’s the face of the film, but insists ‘This isn’t my story to tell. I’m offering a platform to the people who can tell the story, the people who were directly affected by it.’

How did you get involved with the Grenfell film?
‘The BBC said they’d like to hear my voice on the subject. I’m a Londoner, born and raised. I’ve grown up on council estates. I used to spend my summers in Westbourne Grove. It felt like the right thing to do.’

How did it feel to cover a tragedy that was so recent and close to home?
‘It was so different to documentaries I’ve made in other parts of the world. People opened up to me straight away. A lot of them had seen me on TV. There was a level of trust. People were saying, “We’re not talking to the press, but we’ll talk to you.”’

The film shows people coming up to you on the street to describe their experiences. What was that like?
‘I felt incredibly privileged. A Transit van pulled up and [Grenfell resident] Paul told me what he’d experienced and how it affected him. Then I had Reis running up to me and saying, “Listen, if you’re gonna do this, do it properly, and do justice to our friends.” The story was led by the community.’

Was it hard to stop working on the doc when there are still so many Grenfell victims whose stories haven’t been told?
‘The desire with films like this is always to do more. There was no way we could have told every story. I hope we spoke to the overwhelming scale of the tragedy and the cost to the families, the city and the community. The tower isn’t there anymore, but the community still is.’

Have you always wanted to become a documentary filmmaker?
‘No. I was asked to do a film for “Comic Relief” in Kenya [in 2011] and the BBC said they would love me to do more. I hadn’t seen anyone like me make documentaries. They were journalistic, they weren’t young people and they definitely weren’t black people. I didn’t think I was right and I didn’t think the audience would believe I had anything to say. But that’s the reason it works – I can walk into a place and be the eyes of the audience.’

You grew up on our TV screens. Do you look back at any of the stuff you did as a teenager and cringe?
‘My mate just texted me an old picture of me from “Smile”. I’m an awkward teenager with a crap moustache and bad braids. But I will never be ashamed of it. I can go anywhere and speak to anyone now because of what I learned doing children’s TV and radio.’

You were already making big career choices as a kid. Do you have any regrets?
‘No, I always knew what was wrong for me. I said no to “Blue Peter” when I was a kid. The producers were really confused, but I didn’t feel that it spoke to me or reflected my experience.’

Did you enjoy growing up in London?
‘I love what the city has given me. I grew up on a council estate with immigrants from all around the world. Everyone would talk to you and make you feel like you were part of a community. Islington is similar to Kensington. You have council estates alongside £6 million houses. I learned so much about class and race. At times it was oppressive and at times it was an education.’

Do you remember your first big payday splurge?
‘I bought a house in Canning Town when I was 18. It blew my mind. It was basically me making my home into Tom Hanks’s pad from “Big”: the big screen TV, DVD library, a fruit machine… I also bought loads of street art. I bought Banksys for like £150, Jamie Hewletts for £50 and I ended up having this really amazing art collection off the back of the culture in east London.’

What’s your favourite place in London?
‘I adore the corner of south London I live in now. It’s that perfect mix. There are expensive homes and council estates, but it doesn’t feel like there’s division. You see the kids from an estate coming to the farmer’s market and getting a nice burger in a way that I didn’t feel welcome to do as a kid.’

It’s Saturday night. Where are you going for dinner?
‘I love Model Market in Lewisham. You’ve got this amazing bar, good music, firepits, loads of food. I like it because you can have eight dinners and not feel guilty because they’re all really small.’

You meet people with some seriously extreme views for your docs. How do you keep your cool?
‘It’s not about me. I had a producer quite early on who reminded me of that a lot. There’s a sequence that I remember from one of the “Extreme Russia” films, where this guy’s talking to me about people of mixed heritage as being “mongrels”. Under the surface I was furious, but I had to keep letting him speak. It was as fascinating as it was frustrating.’

You recently faced your own controversy [Yates apologised for an ‘offensive’ comment about Jewish music managers]. How are you moving forward?
‘It’s changed me. The main thing I’ve taken from it is that there is no justifiable context when you’ve hurt people. I’m privileged to have the career I have. There’s a responsibility that comes with that. It’s easy to forget how far your voice will go.’

Do you feel like a role model?
‘I rejected it for a long time. But the minute I realised that I had no choice, the easier it became. I’ve never professed to know everything. I’ve always put my hand up when I’ve done something wrong, which is what I did recently. That can only make me a better man and hopefully a better, more responsible broadcaster.’

‘Reggie Yates: Searching for Grenfell’s Lost Lives’ is on BBC Two at 9pm on Sun Mar 25. 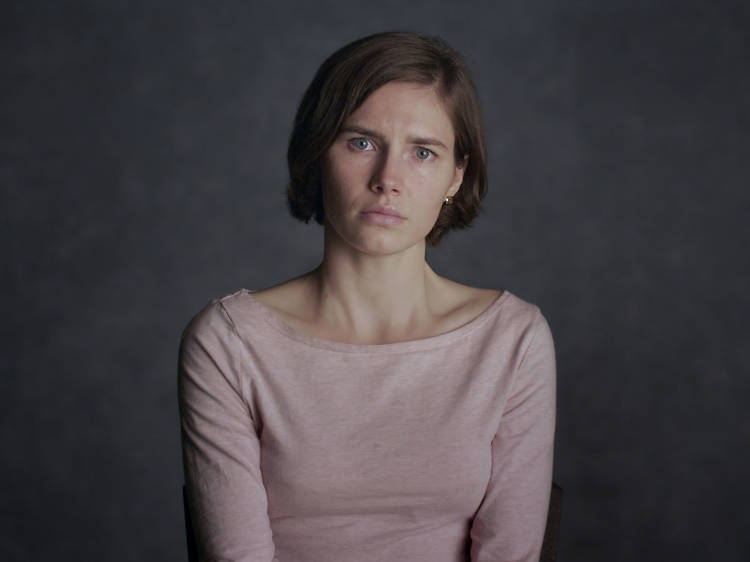 The 28 best documentaries on Netflix

True tales worth 90 minutes of your precious time