Ryan Gosling on ‘The Nice Guys’, musicals and jumping on Johnny Rotten

Ryan Gosling is charming in the manner of truly charming people. His trick is to make you think that it’s you who’s charming. He laughs easily, a husky, conspiratorial chuckle. He listens attentively, answering thoughtfully, as if he hasn’t been asked the same question a thousand times before, like the two of you are old friends catching up, not two strangers sitting in a hotel in LA, surrounded by publicists.

This is Gosling’s magic – to be the devastatingly handsome but sensitive guy with the firm handshake and the sly smile. And we all love him for it. Men, women, children – we all go weak at the knees for Ryan Gosling. It helps that he is tremendously talented, a child actor done good, a kid from Nowheresville, Canada who somehow clambered over the wall into Hollywood.

After a poorly received directing debut, ‘Lost River’, and threatening to retire from acting, Gosling is back with a vengeance. He plays a jazz pianist in the upcoming musical ‘La La Land’ and a brooding indie rocker in Terrence Malick’s new film ‘Weightless’. Before that, he’s sporting a Ron Burgundy-ish handlebar moustache in the hilariously funny 1970s-set buddy comedy ‘The Nice Guys’, playing a crap private detective whose precocious daughter might be better at solving crimes than he is.

Your character in ‘The Nice Guys’ is a single father. This is your first role as a dad since you became an actual dad. Did experience bring anything to the role?

‘That’s a good question. I guess this character in “The Nice Guys” is your nightmare version of a father. He’s the manifestation of your fear of how bad a father you could be. And there’s something cathartic about that.’

You’ve played a lot of dark roles. ‘The Nice Guys’ is a slapstick comedy. Were you in the mood for something a bit lighter?

‘Yes. This was a lot of fun, like the kind of stuff I grew up on. I grew up on Mel Brooks films. That was film to me until I got a little bit older and realised there were other kinds of movies.’

It’s a sort of love letter to a Los Angeles lost in the 1970s. Did you have an image of LA and the movies in your mind growing up in Canada?

‘You know, it’s cool that you asked that. I definitely had an image of it in my head when I was a kid. And I think I’ve made films trying to find that same image again. ‘Drive’ was part of that, of that Los Angeles in my mind. ‘The Nice Guys’ fulfilled my 1970s fantasy.’

‘My biggest influence? My uncle. He was an Elvis impersonator’ 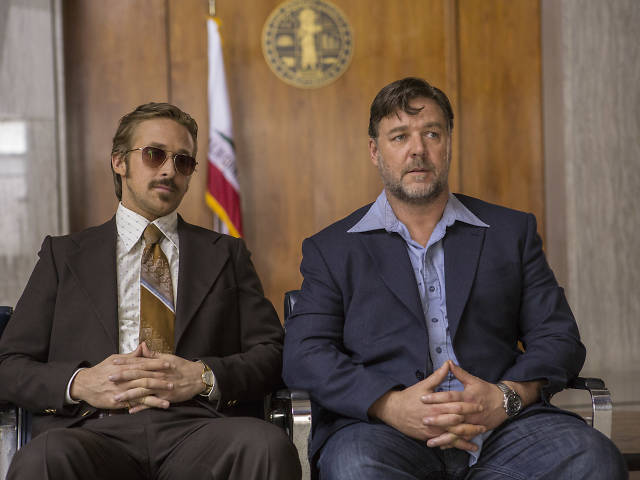 At 12, you were cast in ‘The Mickey Mouse Club’. Where did your focus and drive come from?

‘The biggest influence was probably my uncle. He moved in with us when I was a kid and became an Elvis impersonator. ‘

‘Yes! The whole house was taken over by this show he was putting on. And as crazy as it sounds, at the time, it somehow made perfect sense. He looked nothing like Elvis – he was bald, he had a moustache, he had a giant birthmark. But he was Elvis when he was on stage. I watched him become that character, becoming someone else, that energy around it and the way it brought the best out of everybody. When he decided he wasn’t going to do it any more, it was brutal. Because everyone went back to their lives and life was boring again.’

So you could have ended up an Elvis impersonator?

‘And taken the reins from him, or the sideburns or whatever you want to call it? Carried on the legacy? No! But I wanted to find some way to keep that feeling, to be around that energy. So I went at it a bunch of different ways. I joined a dance company for a while, then films began having an impact on me.’

What film had the most influence on you?

‘This is going to sound ridiculous, but I remember watching “Boyz n the Hood” and there is a scene where Cuba Gooding Jr gets pressed against a car by a police officer and he starts crying because it’s so humiliating. I remember thinking in that moment that I could totally identify with him, and I’m a little white kid from Canada. That’s the power of film. If it’s good, it can somehow make you feel connected to even the farthest thing from your own experience. When it was over I went back to be a little white kid from Canada, but for those two hours, I wasn’t.’

Your next film is the musical ‘La La Land’. You play a jazz pianist. Was a starring in a musical on your bucket list?

‘No! I never really felt like I really wanted to be a singer. When I was a kid I would sing “When A Man Loves A Woman” at weddings. I was, like, eight and it was an easy 20 bucks. So when the musical came, I was nervous about it, because it’s not really what I do.’

‘I’m sure I’ll never have another experience like it. It was unbelievable to watch him work. He’s such a special filmmaker and one of the funniest people I’ve ever met. And he is really just on another level. He never gets sick, he speaks ten languages, he can tell you what bird has just whistled: “That was blue finch.” He’s a really impressive, lovely guy and it was a great experience. I play a musician. There was no script. One day Malick whispered in my ear, “Go jump on Johnny Rotten’s back.”’

Johnny Rotten from the Sex Pistols? How did he feel about you jumping on his back? 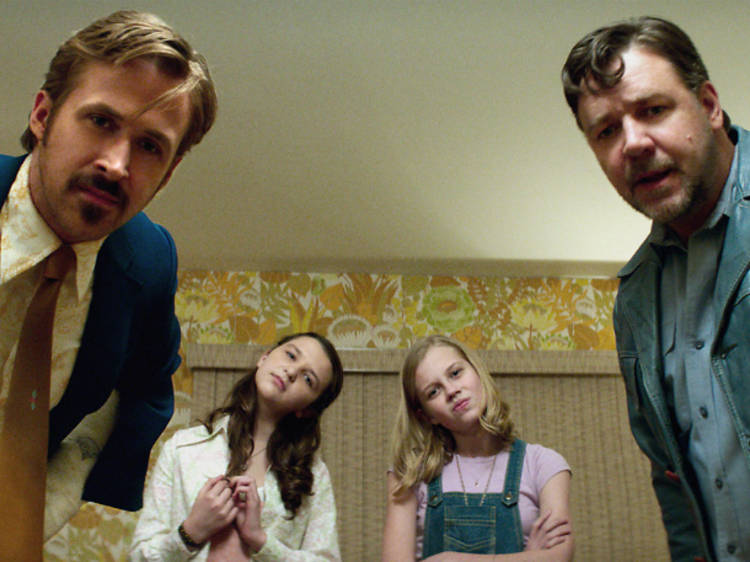