The 50 best comic book movies of all time

Comic-book movies are a big business. As with horror and sci-fi, genre films have taken a step out of the dark (or the page, in this case) to become true cultural phenomenons. They’re now a multi-billion dollar industry that dominates any year’s film release schedule, with the trailers, cast announcements and costume changes becoming events in themselves.

Now, what with the genre-expanding to include everything from brooding anti-heroes or spandex-clad defenders of justice, tales of action, adventure, murder, mayhem and, er, record-collecting, we’ve knuckled down and picked the 50 best comic-book flicks ever made... and we brought director/comic expert Edgar Wright along to weigh in on his favorites as well. 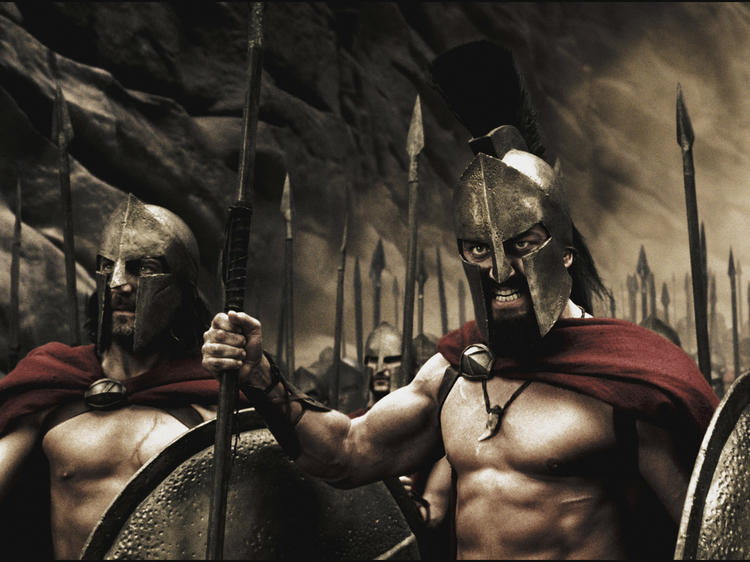 In 480BC, around 300 Spartans (plus countless doomed slaves, but let’s not quibble) really did hold off the entire Persian army – so adapting the incident into an action movie should’ve been a doddle. Sadly, barely a performance in 300 isn’t hamstrung by a one-note declamatory style or can overcome the limitations of a script that struggles to develop the source material. Amid the almost constant clash and thunder of battle/weather/man-hugging those faults are barely apparent, but in the film’s few quiet moments, actors, writers and director are left awkwardly exposed. PF 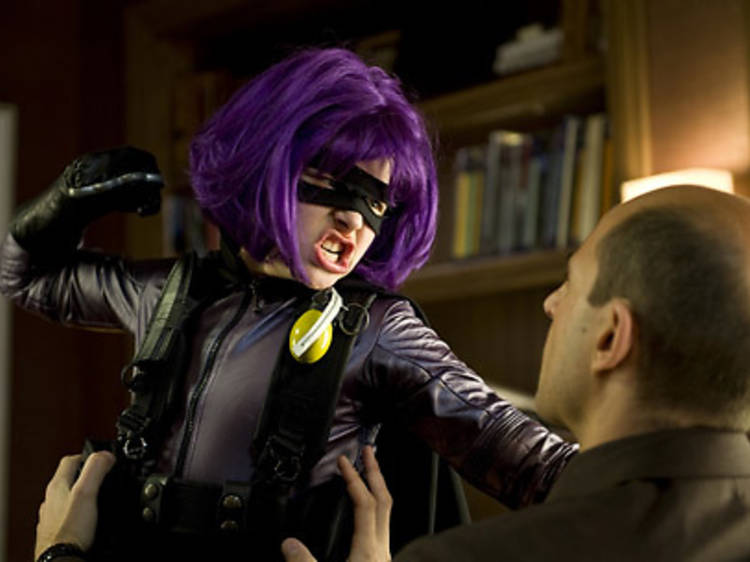 Comic-movie fans love to feel a bit naughty – just witness the monumental success of the ‘daring’, ‘adult’ (read: sweary and blood-spattered) Deadpool. It all started with Kick-Ass, British director Matthew Vaughn’s knowing, foul-mouthed subversion of the genre in which Aaron Taylor-Johnson plays the hapless teenager who decides to transform himself into a superhero. Nicolas Cage wins MVP as the loveable Big Daddy, and the film could use a lot more of his winning, off-beam charm to counteract the air of bratty cynicism. TH 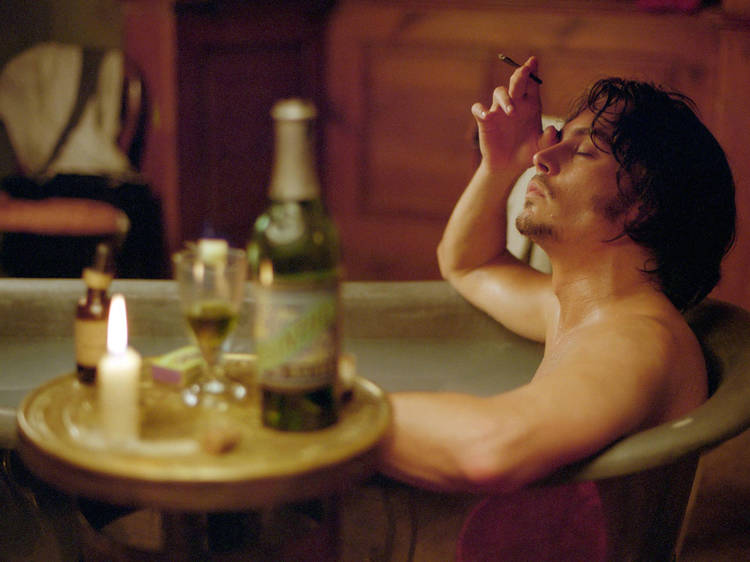 The real Inspector Frederick Abberline, head of the Jack the Ripper investigation, was a faintly dull old duffer who retired to the seaside. From Hell author Alan Moore’s Inspector Abberline was a middle-aged, rather puritanical flatfoot. The Hughes brothers’s Abbeline is Johnny Depp crunked up on absinthe and opium, subject to hideous visions, troubled by the death of his wife and heading for an early grave – and all the better for it. Despite a contrived feel to the ‘happy’ ending, fans of Moore should feel well served by the overall miasma of grotty hopelessness that gives From Hell its faithful credibility. PF 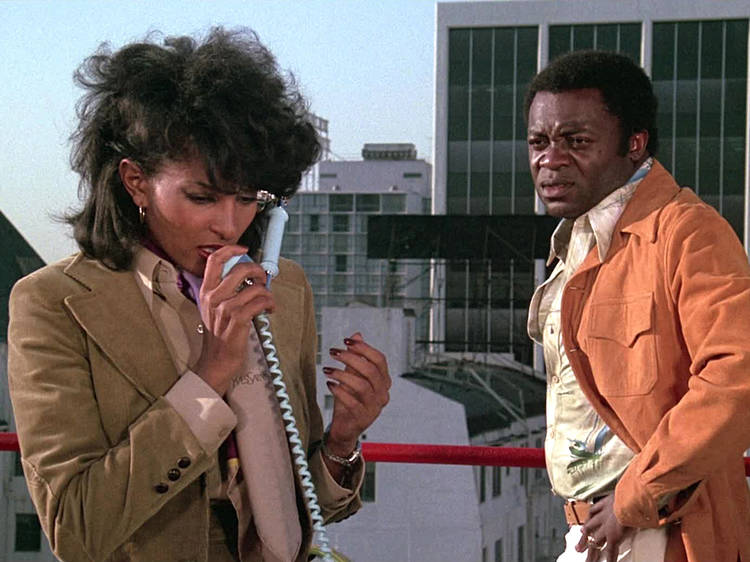 Foxy fashion photographer Friday finds herself in the frame after witnessing an assassination attempt in a decent Blaxploitation also-ran starring Pam Grier. Based on the syndicated comic strip – the first with an African-American female lead – it’s a heady mix of catwalk, political comment and balls-out action. But the knockout cast (which also includes Eartha Kitt and Scatman Crothers) do have their work cut out overcoming the minor-league stunts and unconvincing hepcat dialogue. ALD 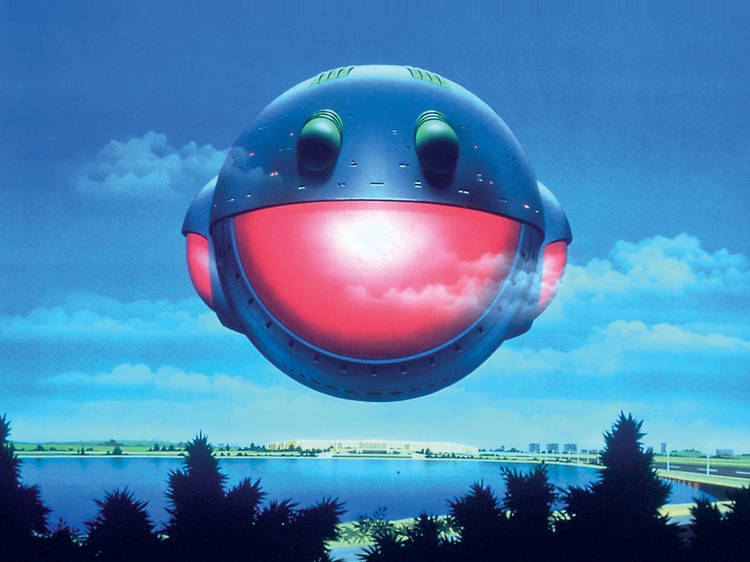 Ah, fantasy art. Women in bulging metal bras riding dragons into battle. Dudes in leather kecks waving their broadswords at a startled populace. Golden orbs, rearing unicorns and tentacled demons from a dimension beyond imagination (unless you’re super, super high). The pinnacle of this benighted artform has to be Heavy Metal, the Canadian-made cartoon adaptation of long-running French comic Metal Hurlant, which thrilled teenage boys worldwide by bringing brutal violence and extreme sauciness to the animated movie. TH 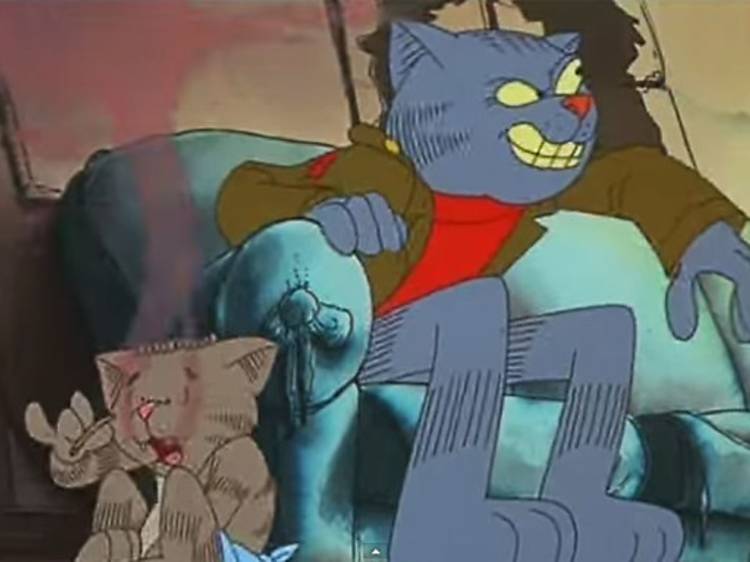 It must have been quite a shock for conservative cinemagoers back in 1972 when this anarchic ode to lewd debauchery hit the screens. At that time, animated films were safe, cuddly Disney movies aimed at families. To oldies, Ralph Bakshi’s stoner adaptation of Robert Crumb’s articulate, subversive comic-book creation must have seemed like the work of the devil. Like Disney’s animations, it also anthropomorphised its animal characters. But there’s nothing cute about this crew of sex-starved revolutionary reprobates. DJ 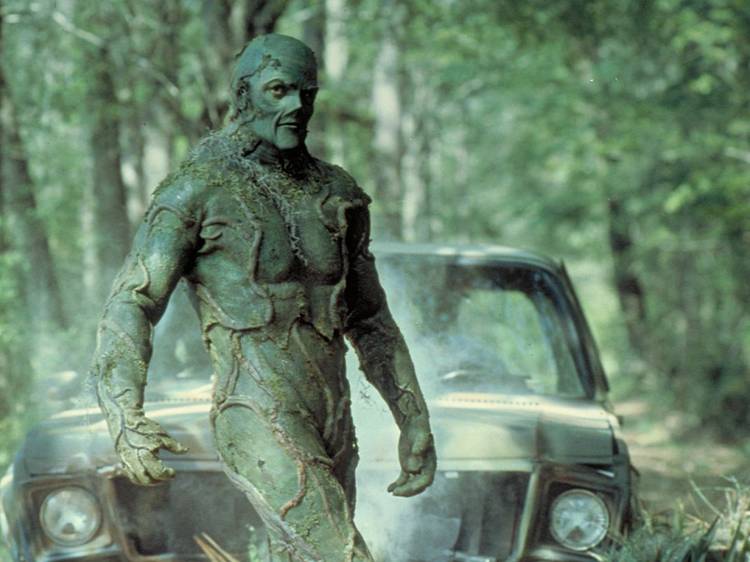 Unfairly forgotten nowadays, Wes Craven’s take on DC’s mutant eco-hero finds the director shaking off his gorehound image, spreading his wings a little and working with a bigger budget – all of which would feed directly into his next movie, the genre-defining A Nightmare on Elm Street. Well received at the time, Swamp Thing follows an experimental biologist whose experiment spins out of control (inevitably), transforming him into the titular gloop-loving plant-person. TH 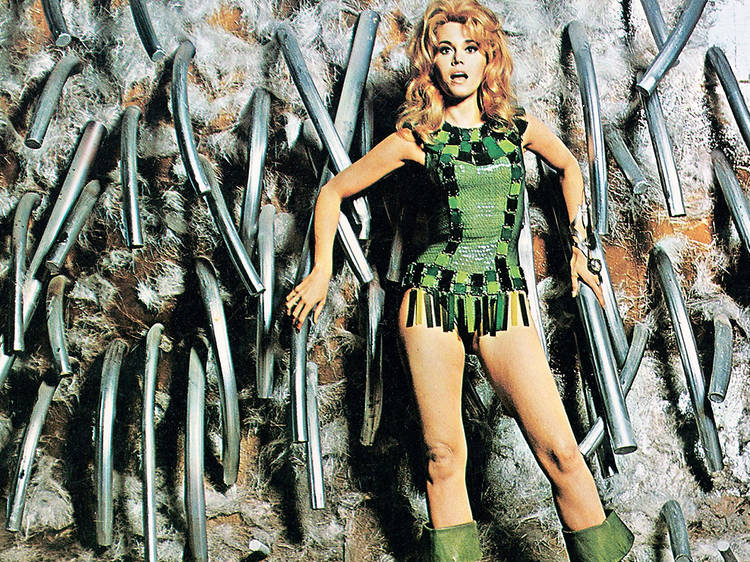 The original Barbarella strip featured a space vixen with a curious resemblance to director Roger Vadim’s first wife Brigitte Bardot. So it probably wasn’t a huge stretch for the director to cast his new squeeze Jane Fonda in this kitsch masterpiece. The calendar in Barbarella’s spacewagon may read forty-first century, but this world of bouffant hairdos, oil lights and trippy lounge music is most definitely 1968. PF 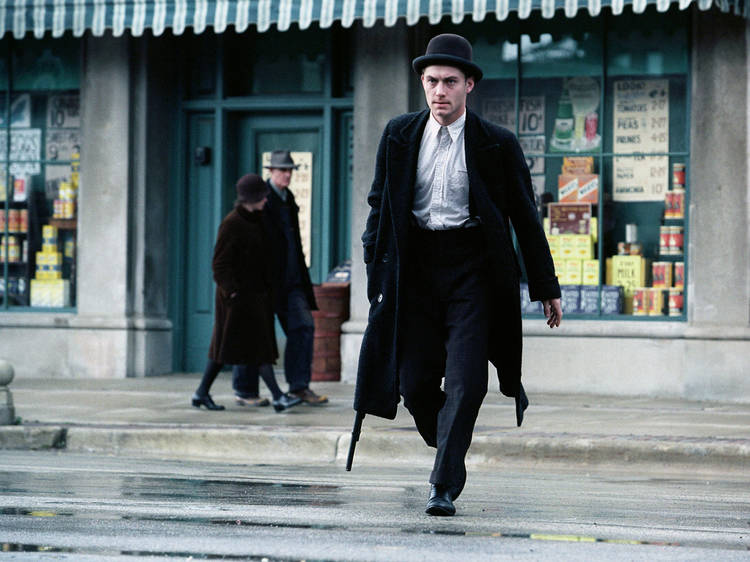 Oscar-winning luvvie theatre director goes graphic novel? Nicest Man In Hollywood Tom Hanks as an implacable hitman? Jude Law miscast again? It might not have worked on paper, but the classiest of all comic-book adaptations just about pulled it off on the silver screen. Wonderful photography, a richly detailed Depression-era setting, a sterling cast and a mean streak a mile wide meant that the hardbitten vision of the original was in no way softened for the mainstream. 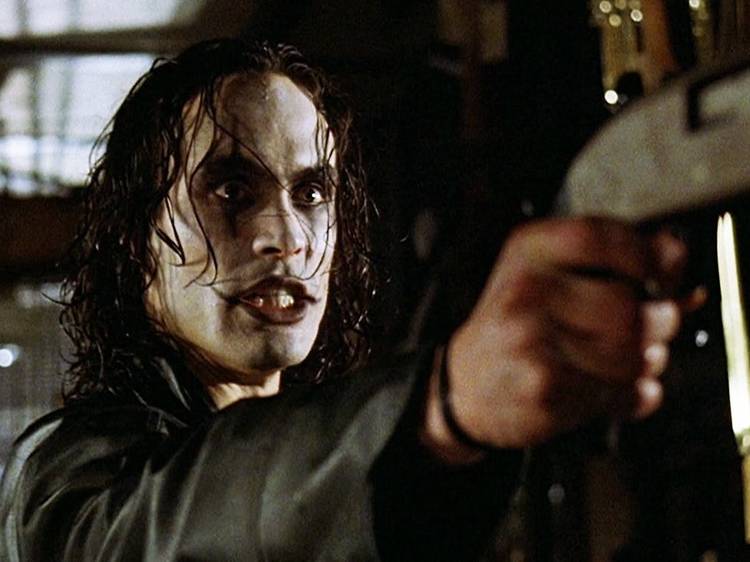 Gaining a certain notoriety due to the fact that its star – Brandon ‘son of Bruce’ Lee – was killed while filming, The Crow still lives large in the heart of many a black-fingernailed Cure fan for its noirish twist on traditional superheroics. It’s that old tale of a young couple at a crucial moment in their relationship when a gang of liquored-up nunchuck-wielding street punks descend and give them a proper thrashing. Brandon lies dead on the roadside only for a crow to inject him with the spirit of life (and crows) so he can turn into a lank-haired vigilante who looks like The Joker’s emo kid brother and knock together some heads in the name of righteous retribution. DJ