Seven years in, and ‘Game of Thrones’ is still the best show on TV. Here’s everything you need to know about the new series

The release date
‘Game of Thrones’ returns on July 16 on HBO – later in summer than previous seasons. Because of the time difference, it will air in the UK on Sky Atlantic at 2am, then again the following evening.

The number of episodes
It’s not news that season 7 will consist of a measly seven episodes (and the 2018 final season will only have six). The show’s co-creator DB Weiss has blamed the need to shoot later in the year, in icy conditions (winter has now come, after all). But there’s been no word on how long the episodes will be, so let’s hope one or two of them run long like the extended series finale last year.

The old cast are back…
Yes, apart from the ones that got blown up, hacked to bits or eaten at the end of the last series. Kit Harington, Sophie Turner, Peter Dinklage, Emilia Clarke and all the other headline regulars will return. There’s also been word that fan favourites like Bella Ramsay (pre-teen badass Lyanna Mormont) and Joseph Mawle (undead uncle Benjen Stark) will also put in appearances. So too, will indomitable knightly doormat Ser Jorah Mormont, aka Iain Glen. The character was last seen being shooed off into the wasteland in search of a miracle cure for his encroaching greyscale disease, while the actor was last seen on a flight to Ireland at the start of shooting.

...Plus a handful of newcomers
It’s perfectly reasonable that, as it rounds into the final stretch, ‘Game of Thrones’ should concentrate on knocking off existing characters rather than adding more to the pile. So the newbie list for this season is relatively meagre: the mighty Jim Broadbent will appear as the Arch Maester, there to educate Sam in the ancient arts. But beyond that, it’s slim pickings. Megan Parkinson from ‘Holby City’ will play Northern lady Alys Karstark, whose house will now presumably join forces with Jon to avoid further conflict, while ‘Dickensian’ actor Joseph Quinn will play a new character called Koner.

There’ll be a misguided musical cameo
‘Game of Thrones’ has always clung to a certain air of slightly Dad-ish musical cool. Bands who have appeared on the soundtrack include The National and The Hold Steady, while Icelandic wailers Sigur Rós even made a cameo in the show (as did Gary Lightbody from Snow Patrol, but we’ll quietly overlook that). Still, they appear to have blown it all in the new series by inviting the monumentally popular Ed Sheeran to cameo, perhaps as some kind of amusingly talentless ginger minstrel. An appearance by growling metallers Mastodon is small compensation.

The filming locations
As ever, production has been based in Iceland, Ireland, Croatia and Spain. It was the wait for the first of these countries to get good and snowy that delayed production, which implies we’re going to see a fair bit of action north of the Wall.

The plot (sort of)
Here’s what we know for sure. Daenerys, the Mother of Dragons, is going to land in Westeros and rally her army, having already signed up the Martells of Dorne and the Tyrells of Highgarden. We can safely assume that the Iron Islanders will also pitch in. Which leaves who for them to fight, exactly? One-armed Jaime, his power-crazed sister Cersei and the remnants of the Lannister army, plus the odd confused Frey.

Meanwhile, Jon Snow will presumably be hard at work securing the North, and sending people back to the Wall to help shore up the forces there. Will he try to liberate his mother’s ancestral home of Riverrun first, or even pile on down to King’s Landing to avenge not-actually-his-father Ned’s death? Or might he turn north, straight into the frosty jaws of the White Walkers?

Something has to go horribly wrong in all this, of course. Sophie Turner has said in an interview that ‘not all of us are going to make it’. But bumping off beloved characters is all part of the fun, right? Oh, and the dragons are the size of 747s now, apparently. Whoomph.

…And the rumours
Sit tight, because there are quite a lot of them. A few long-held fan theories could come to pass this season. Like the Queenslayer theory, which states that Jaime will be forced to murder his sister the way he once killed the Mad King. Or the Cleganebowl rumour, which suggests that Sandor Clegane aka The Hound will embark on a murderous vengeance against his cruel (and now zombified) big brother The Mountain. Both of these actually seem fairly likely, crammed with the kind of violent dramatic irony that ‘Game of Thrones’ thrives on.

Some rumours appear to be based on real evidence, like a spy photo of Jon Snow beating the hell out of Theon Greyjoy (well, you can hardly blame him. Or a piece of leaked concept art that appears to show Jon meeting Tyrion and Bronn (yay! Bronn!) outside the Dragonpit in King’s Landing.

Others, meanwhile, are pure speculation. Will Sansa resent Jon’s popularity and turn against him, seeking control of the North? Will the White Walkers turn out to have an Ice Dragon, and will Bran be able to control it with his mind? Will Kit Harington get his bum out?

Find out, when ‘Game of Thrones’ returns on July 16. 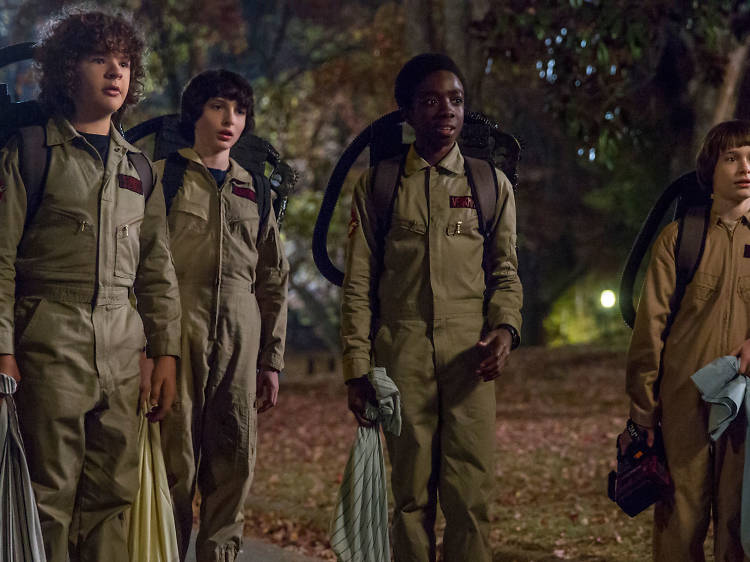 'Stranger Things 2', 'House of Cards' and all the best new shows streaming online this year