The Oscar-winning filmmaker on his headline-grabbing Whitney Houston documentary

In his documentary-making career, Kevin Macdonald has tackled terrorism (‘One Day in September’), climbing disasters (‘Touching the Void’) and reggae superstardom (‘Marley’). ‘Whitney’, his new Whitney Houston film, mixes both triumph and disaster – and one shocking revelation – in a heartbreaking study of a woman who lived and died in the spotlight.

What made you want to make a film about Whitney Houston?
‘I initially said no to it. I guess I had a dismissive approach to her because I’m not a huge fan of her music. But I met Whitney’s old agent, Nicole David, and it was talking to her and learning how sincerely she felt Whitney’s loss, and how desperately she wanted to have some understanding of it [that changed my mind].’

How hard was it to get access to her estate?
‘This is a famously messy world so one of the first things I asked for was a meeting with Pat Houston, Whitney’s sister-in-law, who runs the estate. She offered me the keys to the archive and promised there wouldn’t be interference. I think we ended up with a film that has all the benefits of the family taking part, but none of the drawbacks.’

It’s an emotional watch. Was it emotional to make?
‘Yeah, in a different way. It was a rollercoaster ride in how I felt about Whitney. There were times when I really disliked her, which I’ve never experienced making a film before. Towards the end of her life, she’d make herself as unappealing as she could. She almost confronts you with the most negative things about herself.’

How many hours of interviews did you have to work with?
‘Enough that I almost killed the editor and assistant editor. It was 70 interviews and there were thousands of hours of archive footage. There was so much stuff – and so much trash. I went into it thinking: Can I make a serious film about someone no-one takes seriously? I wanted to get beyond this idea of Whitney as pop flotsam to paint a human portrait and celebrate her talent.’

You’ve talked about how you also encountered a lot of bullshitting. It must have been strange to be given all of this access and then have the same people throwing up smokescreens.
‘They’re so used to bullshitting you, because for years everyone just lied [about her]. A lot of people still feel like they’re protecting her and my argument was, “Be honest, because what’s going to rescue her reputation is that we’re going to feel for her in a different way.” The aim of the film is to make people understand her and feel compassion for her, but more than that, to look at the music afresh and say that actually she did do something rather amazing.’

‘For years, everyone just lied about Whitney’

Is there something you learnt making your Bob Marley documentary that you brought to this one?
‘They’re similar sorts of films in some ways. In my early career as a documentarian I suppose I was trying to make films which where it was all about making a big cinematic statement, and I think with “Marley” I slightly changed my direction and adopted a more mellow approach. It’s a little bit messier, a little bit more about letting the material take you where it takes and not trying to force it into a three-act structure. I became more interested in genuinely trying to inquire and reveal interesting information – to really do the research and show the messiness of real life. I think that has pros and cons: with “Marley”, we ended up with a film that was way too long. This one might be a bit too long as well, but that was two hours 40 minutes. Everyone was, like, “Oh my God, what are you doing?” Somehow that capaciousness felt like the right way. I was also inspired by those six-hour-long Scorsese films about Italian cinema.’

You could feel the influence of (documentarian) Errol Morris, and especially his film ‘The Thin Blue Line’, in your early work like ‘Touching The Void’, but you can’t feel that influence in quite the same way now.
‘No, I don’t think he’s there. I think what Errol did was try to have an incredibly tight structure and tight revelation of character. That was a big revelation to people like me who are watching documentaries in the late ‘80s and ‘90s. I think he’s had more influence on contemporary documentary than anybody else, directly or indirectly. But it gets a bit limiting. Also, I wanted to leave my own voice in this film. Not that I’m in love with my voice – although, weirdly, in America they’ve done a trailer for this film which is all my questions edited together. I’m, like, 20 seconds of the trailer. It’s really bizarre.’

Did you see Bobby Brown as the villain of the film?
‘No, I don’t think he is. You have to remember that Bobby didn’t introduce Whitney to drugs, she was already on them. I think he’s a rather pathetic man. He put on this front of being the tough guy but I don’t think he ever was. And she loved him and stuck with him. The film starts with her talking about her dream of being chased by this giant man and you never know who the giant man is, but I think it’s probably a version of herself.’

Whitney Houston, Bob Marley… Who’s the third part of the trilogy?
‘I’m not doing any more music films! This one almost killed me.’ 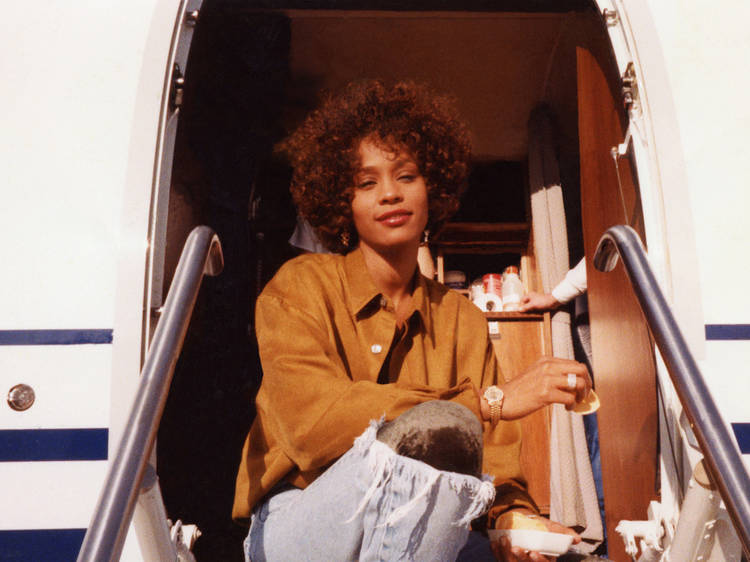