Girona is home to numerous legends that, whether they come from the dawn of time or are more recent, form part of the collective imagination of residents. We've selected 12 stories that we think every visitor to the city should know about, to get really under the skin of the place. 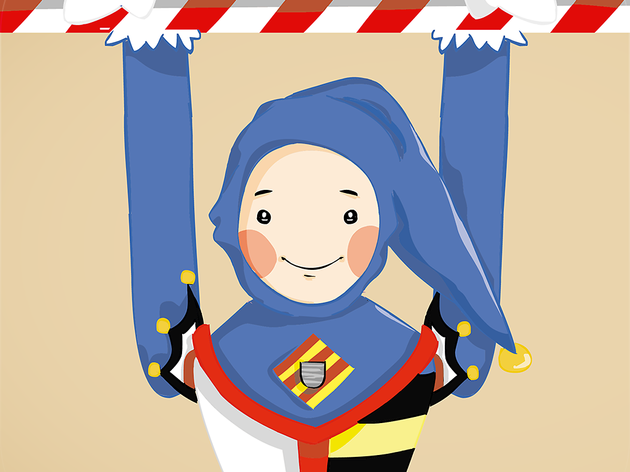 We start with one of Girona's most emblematic figures: El Tarlà. This doll hangs from a bar around which it does turns, wears a jester's outfit and has little bells on the end of his hat. Legend has it that many years ago the plague was found in C/Argenteria and to prevent it spreading, the whole street was put in quarantine; both ends were shut off with reed bars. Residents grew depressed and bored, until one of them, who was called Tarlà, started to distract them by doing acrobatics. In homage to this kindly person, the doll was later created to imitate the jumps and turns of the original Tarlà. 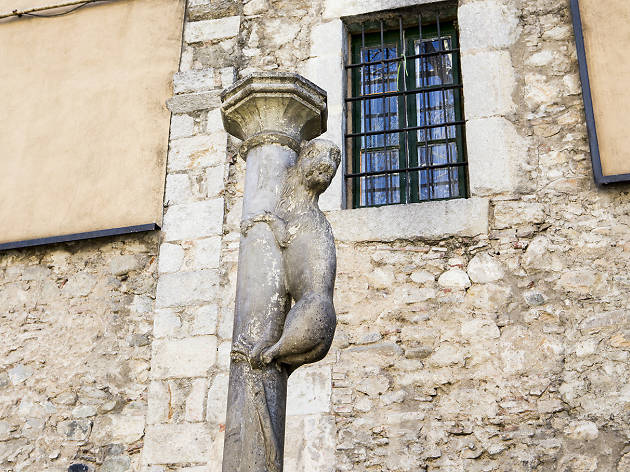 This is another unmissable Girona legend: the one about the lioness's bottom ('el cul de la lleona'). So the tradition goes, if you visit Girona, you have to kiss the bottom of the lioness statue (C/Calderers, 8). It's a way to show that you want to come back to the city, perhaps even to stay forever. So what are you waiting for?! 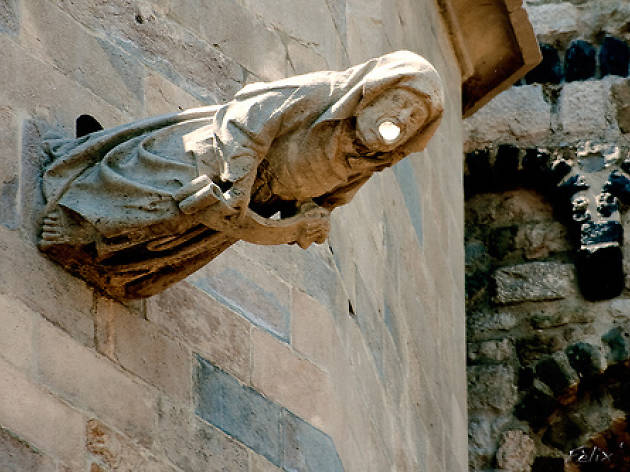 According to legend, once upon a time, a woman living in Girona, who was known to practise witchcraft, started throwing stones at the Cathedral. Other versions of the story say she was throwing the stones at people taking part in religious processions. In any case, as explained by Carles Vivó in the book 'Legends and mysteries of Girona', it's clear that her targets were religious symbols. Then one day, when she was getting ready to throw another stone, the woman herself turned to stone; she was put up on the highest point of the building, looking down so that no more curses could come out of her mouth. And so was created what is said to be the only human gargoyle on Girona Cathedral. 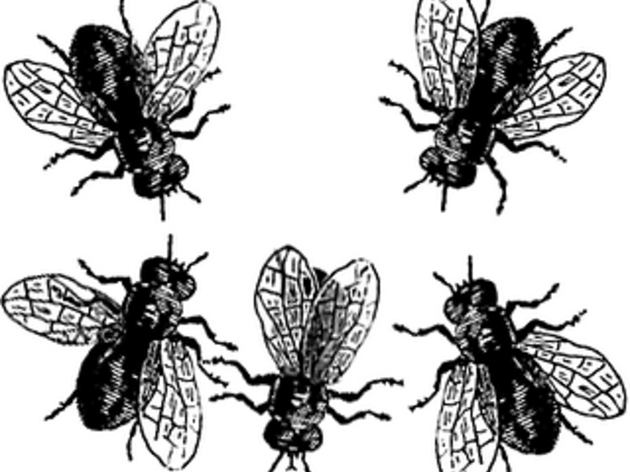 There can't be a single Girona resident who doesn't know by heart the legend of Saint Narcís and the flies ('mosques' in Catalan). Let's start at the beginning. According to medieval records, Girona was surrounded in 1285 by the troops of French king, Philippe the Bold. Even though the city eventually capitulated without a fight, the French solders sacked and damaged numerous churches including Sant Fèlix, which they entered with the aim of profaning the body of Sant Narcís, the city's patron saint. However, giant flies started to fly out of the former bishop's body, and they killed many of the French troops and their horses. Which is why today, you'll see images of the insects all around the city. 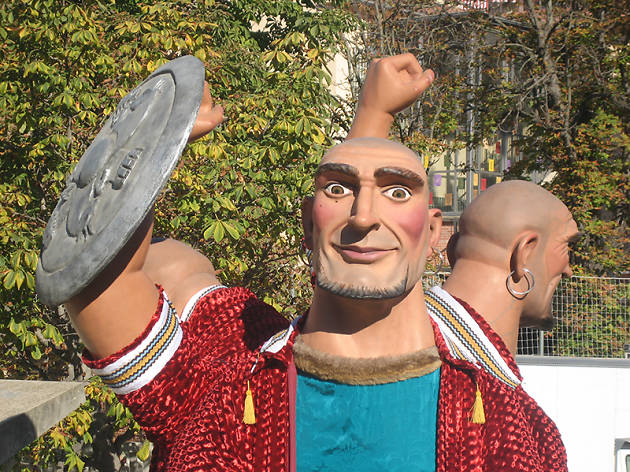 There are those who say that Girona was founded by a creature called Gerió. He was a giant with either three heads (or possibly three sons), and he became enraged because Hercules stole a herd of bulls from him. As a result of his anger he travelled all the way from the Pillars of Hercules to Catalonia where he built the three walls of Geriona, Gerunda, Girona. 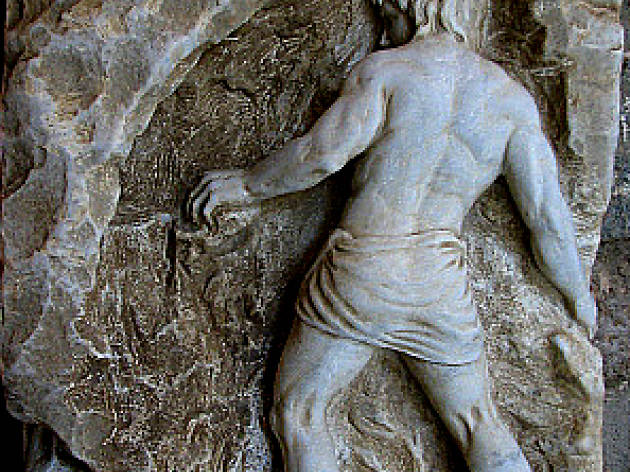 Once upon a time the Jewish cemetery on Montjuïc was nicknamed the Golden Bull. This was because, according to the myth, Jews had buried a golden bull there and if anybody was to touch it, they'd be heading straight for hell. One night, two young men, who were slightly in their cups, came across a man who promised to take them to the valuable animal. But he turned out to be the devil, and when they were about to touch the treasure, they prayed to the mother of God, asking her to transport them to different parts of the city. One of them ended up at the top of the bell tower of Sant Feliu, and is said to be responsible for the fact that its top section is missing. 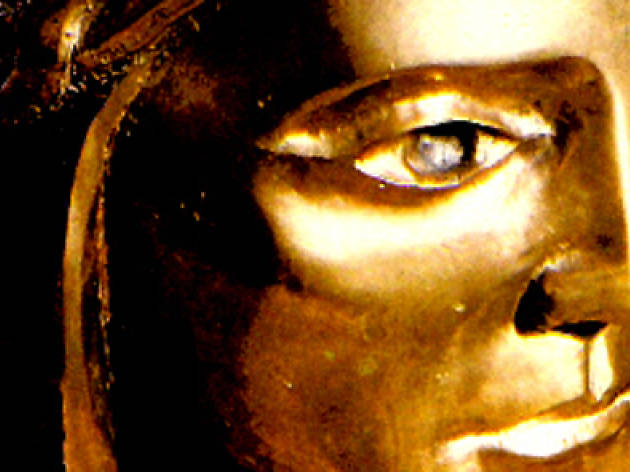 Among the other legends related to the Jews of Girona, there's one that's surrounded by mystery. They say that in the 'call' (Jewish quarter) there lived a Jewish woman, who was very cultured and respected, and a fierce follower of Mosaic law; she was known as la Tolrana. On September 17, 1391, her decapitated body was found in the Torre Gironella. It's not known whether she was the victim of Christians or her own community, but, legend has it, that her ghost wanders the Old Town, singing a sad song. 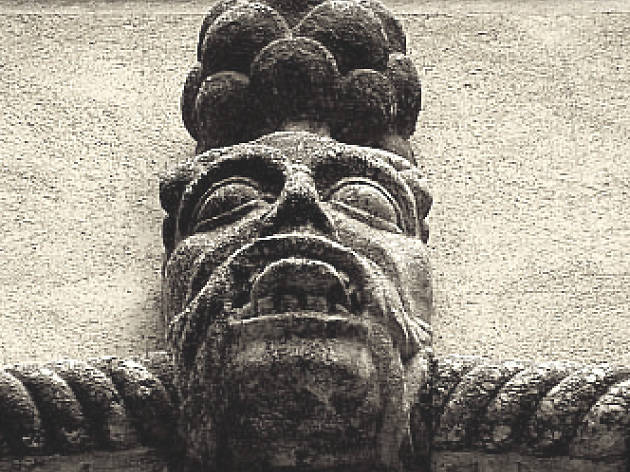 At the entrance to the Saló de Plens (Plenary Hall) in city hall, there's a rounded door lintel with the Girona coat of arms; in the middle is a strange sculpture of a head that is biting its own tongue in a mouth with sticking-out teeth. Girona locals have long associated this feature with the professional secrecy of councillors who can't gossip about municipal goings-on. However, there's also a tree sprouting out of the mouth and as such, according to Carles Vivó, there is another possible explanation for the design: that it represents the Tree of Knowledge, 'a sign of being in possession of higher truths, of a wisdom greater than the normal'. 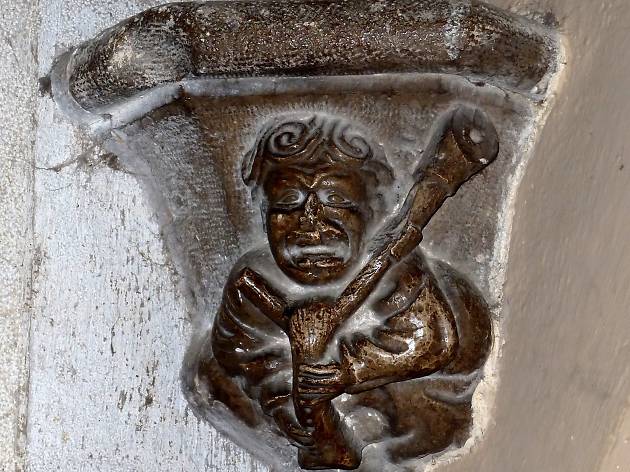 If you look carefully at the vaults under La Rambla, you'll find three curious capitals. In one is a figure, half man, half snail, with a hat and who is playing a kind of flute; in another, a man is playing the bagpipes; the third shows a head with a large beard and vampire wings. Behind these images lie various stories. Carles Vivó suggests that they don't represent anything in particular, but instead, as was the style with Gothic art, they copied unusual figures that were usually painted in the margins of medieval manuscripts. However, according to Jaume Fabre in 'Guide to street sculptures', they are an homage to three monks from Banyoles monastery who were executed for having caused the death of Abbot Anton de Cartellà. The third version of the story, as explained by Carles Rahola, is that the three men were Father Narcís Dòria, rector of Arbúcies, Josep Font and Genís Camp, from Sant Esteve; they were accused of being part of 'the armed groups that infected the paths from Sarrià to Banyoles and assassinated French soldiers'. 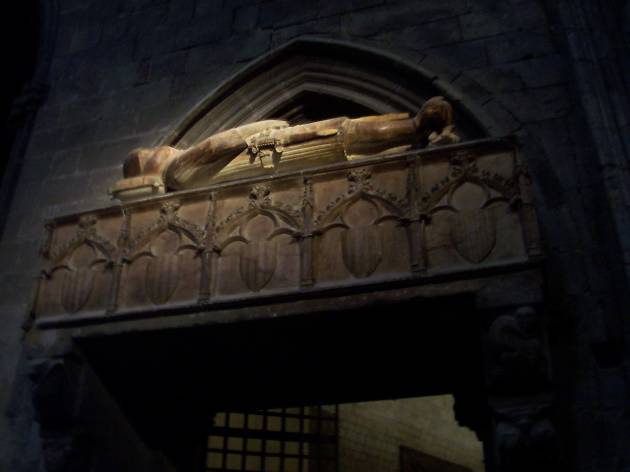 The count of Barcelona had twin sons: Berenguer Ramon and Ramon Berenguer (known as 'Cap d'Estopes' or towhead). The count gave the counties of Barcelona, Vic and Girona to the two brothers under the obligation that they govern them together. One day when they were hunting together, Berenguer killed his brother then hid his body. However, the towhead's falcon stayed close to the burial spot, crying for his master, until a peasant farmer heard him and brought the body to Girona. During the funeral, the falcon burst into the Cathedral and the choir that was accompanying the event, started repeatedly, and apparently involuntarily, saying, 'Cain killed Abel'. A falcon sculpted in the door of Sant Miquel, on the way to the Cathedral's Treasury and cloister, recalls this myth. 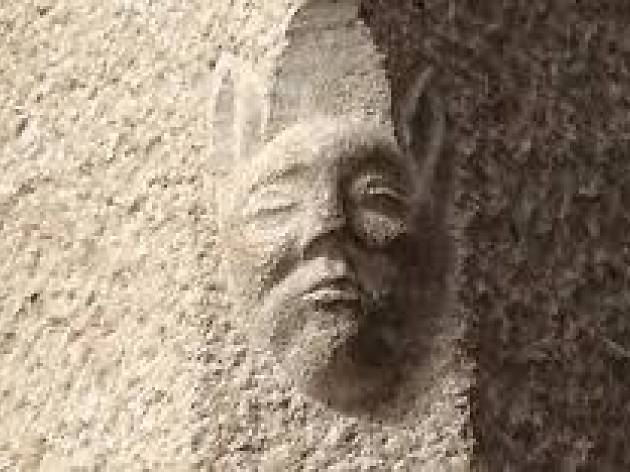 On the corner between Plaça del Vi and C/Ciutadans, there is a tiny devil's head, which has been baptised by Girona locals as 'En Banyeta'. According to legend, there used to be a market held in Plaça del Vi, and an old usurer there took advantage of city inhabitants until one fine day, apparently as a punishment from above, he was turned into stone and attached forever more to the wall of a house on the square in the form of a devil. Another version explains that en Banyeta was a guard who oversaw that everybody paid their municipal taxes. 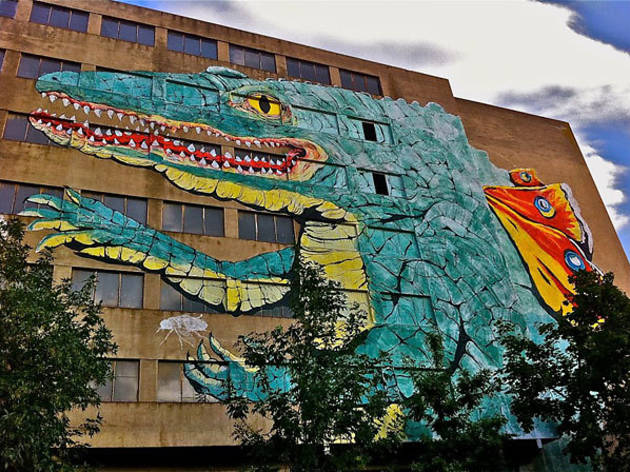 The cocollona story is an apocryphal legend, created by Girona designer, photographer and collector Emili Massanas. But it forms part of the local collective memory and we love it! It explains that in the Mercadal neighbourhood there was a convent of nuns who were not the most devoted of their kind. However, among them was a novice with a true religious vocation who criticised the life the sisters led. To stop having to hear her reproaches, the other nuns locked her up in an underground cell of the covent for many years, until, as a result of the dark and humidity, she turned into a crocodile. However, thanks to her devotion, from her back emerged two amazing butterfly wings in beautiful colours, transforming her forever into La Cocollona.