At 11am on a weekday morning in Bologna, the Mercato di Mezzo – a market which swarms in and around the Quadrilatero area of the city – is humming with activity. Grocers stand in green overalls in front of their stalls laden with freshly pinched yellow tortellini and mossy peaches which give off a waft of the countryside. Nonnas – old Italian women – in patterned headscarves zoom around the shops filling their fabric bags with slices of cheese and cuts of ham for supper. This medieval-era market is a treasured relic, resplendent with its original Middle Ages structures. It’s also a contemporary hub that’s kept alive by Italy’s urgent and fervent demand for the finest produce in the Emilia-Romagna region.

But we’re not here for the medieval history. Well, not exactly. We’re in this beautiful city to source the origins of the cold cut that put Bologna on the food map. No, not spaghetti bolognese. Everyone knows the sauce is from here, even if the locals will dispute that and feed you their ragu instead. No, we’re after the mortadella. This large sausage, made of finely hashed heat-cured pork that also traditionally incorporates the hard fat from the neck of the pig, which borrowed its name from Bologna when the cheaper version was invented and became popular. The bologna sausage. Baloney. See the connection?

Mortadella is typically sold outside of Italy as the cheaper, modified baloney. But it’s supposedly divine in its birthplace as mortadella. Earlier this summer, when we were nibbling on a pistachio variation at Mario Batali’s Eataly, an international uber-supermarket touting the best wares from Italy, we became fascinated by the delicate flavours of cubed fat that ran through the wafer-thin pink circle. However, research online led to Google-translated articles pointing to vague explanation after vague explanation as to how it was made, where it was made and when it was first produced. Our interest was piqued and a trip to Bologna, which Italians affectionately call ‘the fat one’, was booked. And, thus, our meaty quest begins.

We’ve read that recipe scripts for the ham are kept in the market at one of the oldest salumerias, or meat shops, in the city – the Salumeria Simoni (5/2a Via Drapperie, +39 051 231 880; salumeriasimoni.it). It’s here we meet Davide Simoni, the son of the founder, and, unbeknown to us, our impromptu guide for a most unexpectedly strange and wonderful tour of the city he calls home. As typical of all Italians, Simoni first introduces us to the food: the aromatic hung prosciutto and smooth blocks of parmigiano reggiano in the store. Some rounds of cheeses are covered in tiny fragrant flowers and herbs, a leftover ‘recipe’, Simoni mentions, from when the people of Bologna had to hide cheeses in the soil to prevent Roman armies from completely raiding the city. “Bologna has always been known for having the best food in the region,” he exclaims proudly. The mortadella, he tells us, was and still is the pride of the city. In the 17th century, Bologna’s food guilds laid out in law that anyone producing mortadella had to follow a specific recipe and uphold a certain quality. Failure would result in being hung, drawn and quartered. The guild script, containing the recipe for mortadella as well as the punishment for improper production, is framed
and placed on the wall inside of Salumeria Simoni.

Taking us out of the shop, Simoni briskly walks us around the close quarters of the market, noting casually the landmarks that we pass by. These landmarks, such as the Osteria del Sole pub (1/d Vicolo Ranocchi, +39 347 968 0171; osteriadelsole.it) which opened in 1465 – ‘the oldest pub in Europe!’ – and the 1783-founded knife shop Antica Aguzzeria del Cavallo (12/b Via Drapperie, +39 051 263 411; aguzzeriadelcavallo.it) – ‘they used to have a donkey-powered whetstone’ – take us back to a time long gone. We become lost in the quaint tranquillity of the city and its secrets that have somehow remained untouched by commercial tourism. Most people are only aware that this place has a famous university because if you Google ‘university’, Bologna comes up. The 1088 institution is the oldest in the world. It was here, in fact, that the term ‘university’ was actually first coined and where the disciplines of science, art and religion cohesively came together under one roof.

Indeed, the marriage of art and religion in Bologna has produced incredible historically important works that rival other Italian cities, even Florence. Already forgetting about baloney, Simoni takes us to the Santa Maria della Vita (10 Via Clavature, +39 051 236 245), a church which houses a terracotta group depicting the death of Christ. Titled Compianto del Cristo Mort, dated between 1460 and 1490 and sculpted by Niccolò dell’Arca, the grouping was censored for a long time by the Roman Catholic church for its extreme emotional expressions. In the centre lies the body of Jesus circled by figures of his closest friends and family – the Virgin Mary, John and, most disturbingly, Mary Magdalene, sculpted as if running, her clothes draped dramatically back and her head contorted in an anguished scream. Near the Santa Maria della Vita also lies the basilica of Santa Stefano (24 Via Santo Stefano), or the Seven Churches, named after its seven interlocking areas of worship. Built in the fifth century, the complex and its sacred art is haunting, quiet and dimly lit in respect of the still-ongoing prayer sessions.

And then we remember our quest. So, the tour over, Simoni takes us to his shop’s location and spoils us with the best of the best: a platter heaving with truffle salami, crumbling blocks of parmigiano reggiano and green olives alongside full glasses of the local lambrusco, a sparkling chilled red wine specific to the Emilia-Romagna region. And, of course, we indulge in slice after slice of different mortadellas. Yeah, this is not baloney, for sure.

The rest of our holiday is spent discovering more artistic treasures and more mortadella than we can cram in. We also indulge in gelato from numerous outlets, plus surely the best linguini vognole in the world at Ristorante Teresina (4 Via Guglielmo Oberdan +39 051 228 985; ristoranteteresinabologna.it) and a sublime rabbit ragu in the Trattoria da Pietro, (18/A Via de’ Falegnami, +39 051 648 6240; trattoriadapietro.it). There’s a reason they call this place ‘the fat one’. It’s full of food, fat with artistic riches and boasts mortadella to die for. That’s not baloney. 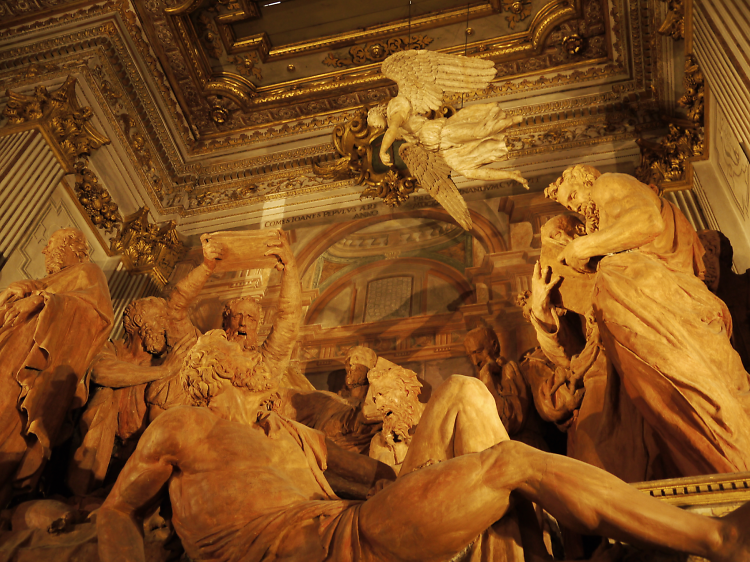 Bologna has its own airport, although there are no direct flights to and from Hong Kong. Lufthansa flies through Munich, Germany, for round-trips starting from $7,714 (inc taxes). Or, you could transit at Milan and catch a connecitng flight for $6,377 (inc taxes) return with Cathay Pacific. There are 28 trains per day, with each journey taking only around an hour. 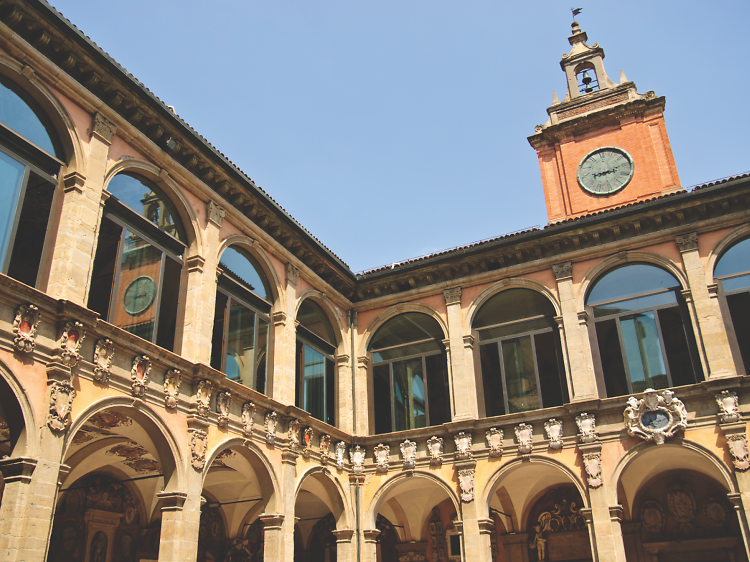 After walking the cobbled streets of the city, we tuck ourselves into the confines of the four-star Hotel Commercianti (11 Via de’ Pignattari, +39 051 745 7511; art-hotel-commercianti.com), a stone’s throw away from the main square. Adorned with charming medieval touches such as exposed wooden beams, small pointed archways and a suit of armour fit for a knight in the lobby, the building once housed the Bologna Municipality. Rooms start from $1,800.