In a country so huge—just one of its 29 states, Karnataka, is bigger than England – it’s extremely hard to whittle down a list of India’s best hotels to just a dozen, and in the end it’s a judgment call. Although we have included hotels in major cities, there are standouts – both large and small, in rural locations – and we have tried to get a geographical spread too.

The most highly-regarded Indian hotels are dominated by the large domestic luxury chains – Taj, Oberoi and Leela – where standards of housekeeping and food service are among the finest in the world. But beyond these are a growing number of independents which, while no longer bargain basement territory, nevertheless still offers value for money and probably an experience you will treasure forever. Be prepared to be blown away. Nameste. 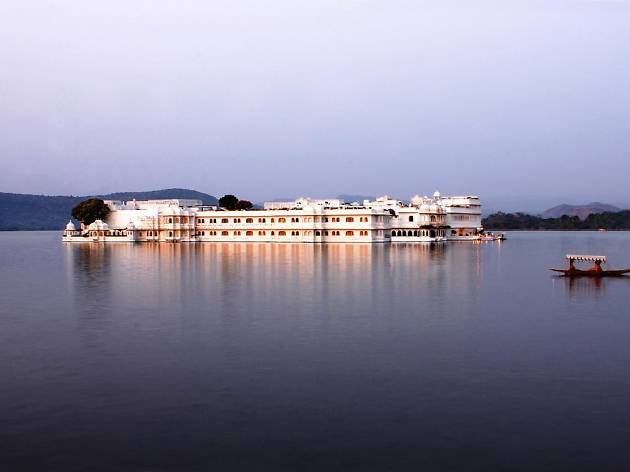 There were several contenders for this ‘city of lakes’, but this one pipped them at the post. Seemingly floating on a shimmering lake, the former maharaja’s palace appears like a marble apparition through the early morning mists, the Aravalli mountains a fitting backdrop.  Arriving by boat, guests are treated like royalty from the moment their feet touch the ground, gently showered in fragrant rose petals by awaiting staff. Don’t miss the spa boat experience. 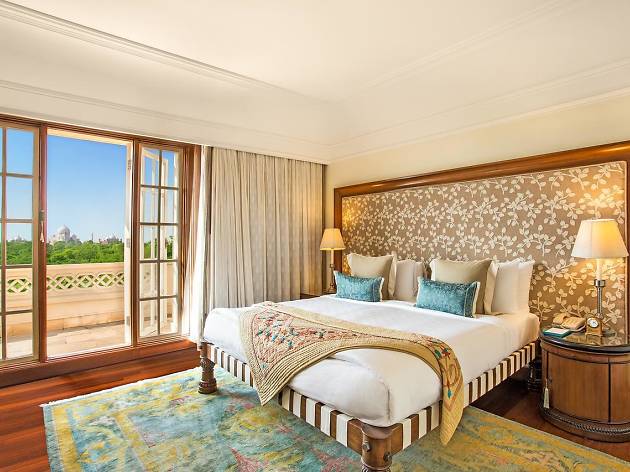 Visiting the Taj Mahal has become a joy: with a fast road connection from Delhi and traffic-calming and pedestrian-only access in the surrounding roads, the imposing religious monument now gets the quiet and respect it deserves. And the reverence continues through to the nearby Oberoi Amarvilas, which has a view of this magnificent mausoleum from every guestroom. Find time to enjoy the large peaceful pool, set in verdant grounds with wandering peacocks, and as the sun sets (or rises), jump in a hotel buggy for picture-perfect moments and memories of the Taj Mahal, just 600 metres away. 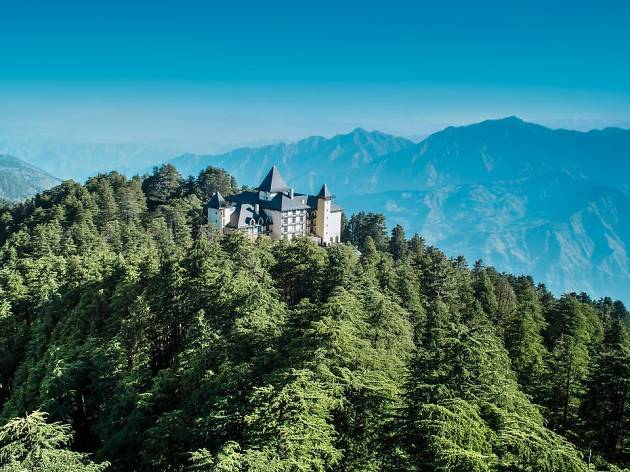 One of India’s most delightful hill stations, Shimla is a popular getaway for Indian residents as well as foreigners. This colonial hotel was once the summer home of Lord Kitchener – he of the piercing eyes and pointing finger of ‘Kitchener Wants You’ poster fame – and it still retains an individual, personal feel. Despite being owned by the Oberoi group, it has none of its corporate stamp, but all its high standards. An outdoor whirlpool bath with views over the Himalayas and local forest walks are notable attractions. 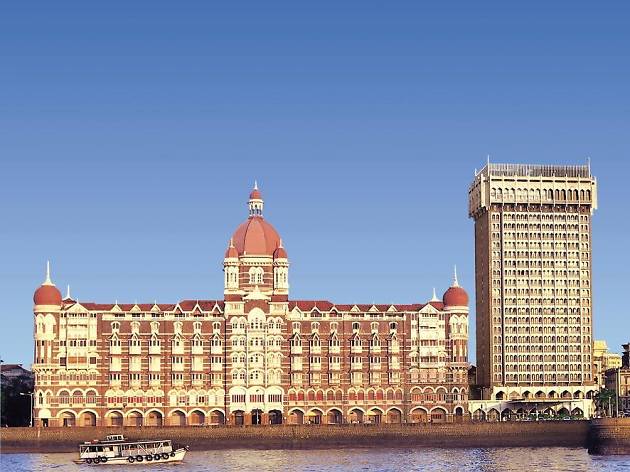 Situated next to the Gateway to India monument, Mumbai’s  Taj Mahal Palace has been synonymous with the city since it opened in 1903, built by Indian industrialist Jamsetji Tata. It is a hotel of firsts in India: electricity, lifts, automatic fans, Turkish baths and English butlers, and is still considered one of the best hotels in the Taj stable, visited by royalty and dignitaries from around the world. And it’s resilient too; suffering a deadly terrorist attack in 2008, it partially reopened less than a month later. Opulent and glamorous, an army of 1600 staff keeps it tickety-boo. 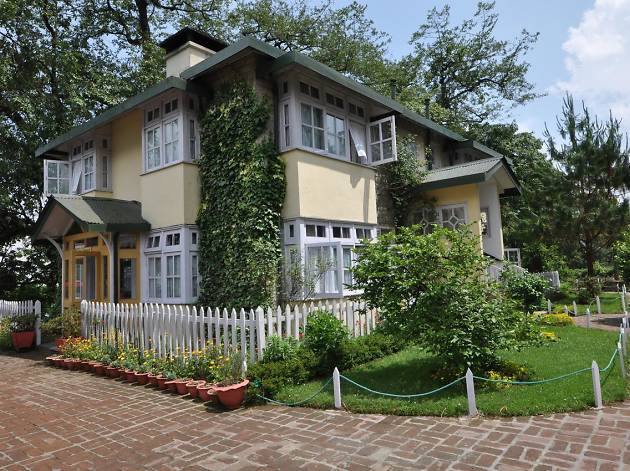 With white picket fences, well-tended lawns and pots of bright geraniums, you would be forgiven for thinking you were in the similar-sounding English town equivalent, especially with verdant fields surrounding you, but this historic gem is in India’s tea country. Guest rooms are slightly chintzy, but it’s the charm and friendliness – plus superb service and attention to detail – that keep guests returning, whether for the delicious food or, in cooler weather, the hot water bottles in your bed and roaring fire freshly lit in the grate. 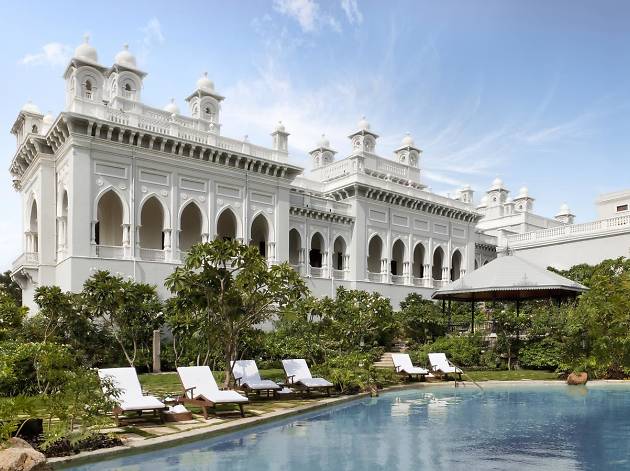 Originally built for Indian royalty, this 19th-century palace became a Taj hotel in late 2010. Set in 32 acres, the property fell into disrepair in the 1950s but careful preservation has since reinstated it to its former glory. A library with carved walnut roof is said to be a copy of one at Windsor Castle, and elsewhere, public spaces and rooms are crammed with original artefacts and antiques. Expect marble at every turn and a roll-top bath with claw feet in your bathroom, freshly filled with fragrant water as part of your turn-down service. 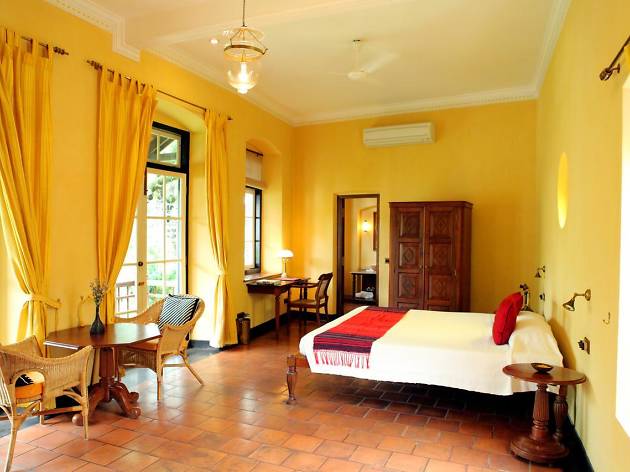 This small hotel is adored by it devotees for its friendly service and handy downtown location near the harbour, just opposite the Chinese fishing nets, a popular way to fish in this part of India. Enjoy the well-kept pool set in tidy gardens, then sample a candle-lit al fresco meal entertained by live classical Indian music. Cottage rooms, set in a garden around a lily pond, have outdoor showers. 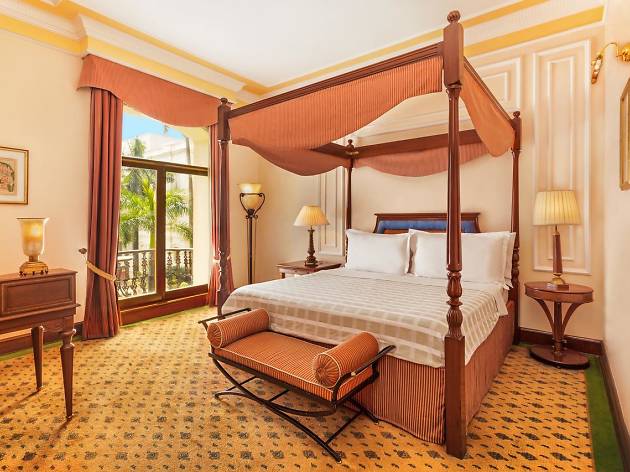 If you thought of Calcutta as being a bit run-down, you’ve clearly never stayed at the city’s Oberoi Grand, which, being perfectly placed in the downtown area, is a favourite with dignitaries and Bollywood glitterati alike. Dating from the late 19th century, this colonial hotel has modern flourishes like a large outdoor pool and impressive state-of-the-art spa, plus the award-winning Baan restaurant, which has elicited international praise. 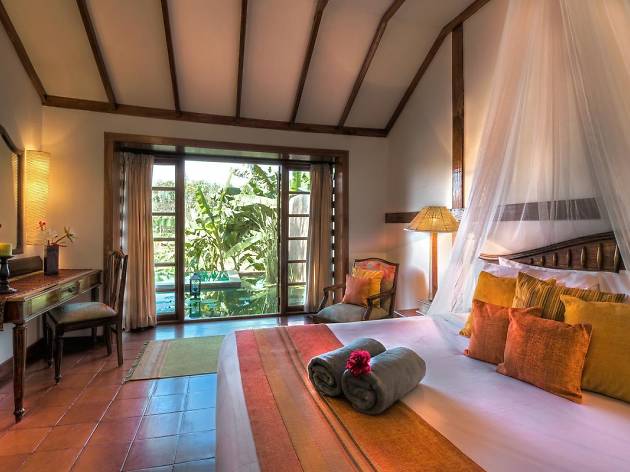 Set in a 300-acre coffee and spice estate west of Mysore, romantics will love the dining options: in a treehouse for two, on the banks of the moonlit lake, or beside the candle-lit pool in your own villa. There’s a reading room with a balcony looking out over surrounding paddy fields, and activities include birdwatching, nature walks and coracle (small fishing boat) trips. And the fact that it’s full-board, with excellent, freshly prepared food, should ensure the kind of stay that’s a real digital detox. 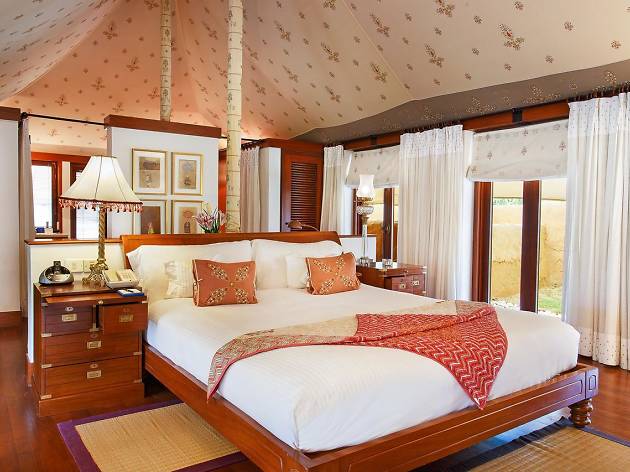 The handsome red-brick building is Mughal-inspired, and sits amid 32 acres housing an outdoor pool with fountain and red bougainvillea; wander at will and you’re sure to  spot some peacocks strutting across the manicured lawns. Rooms are dotted around the estate, so if you crave seclusion you should find it here – opt for a villa with private pool or a room with a sunken marble bath offering garden views a long way from the madding crowds, and you can even make use of one of the golf buggies if you’re feeling lazy. Personal service includes touches like the chef preparing favourite off-menu dishes. 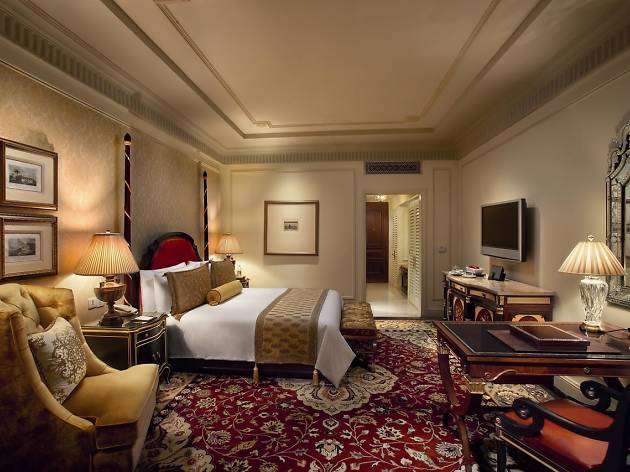 India’s capital has to have a respite from the craziness of the city, and the Leela Palace New Delhi is it. Oversized vases hold hundreds of flower stems that waft their perfume down from on high, it’s stuffed with bespoke artefacts and modern art, there’s a rooftop pool and all guestrooms have the services of a butler. Over-the-top opulence, granted – in theory, it sounds ridiculous – but in the flesh, even the most jaded ‘been there, done that’ traveller will be bewitched by its charms. 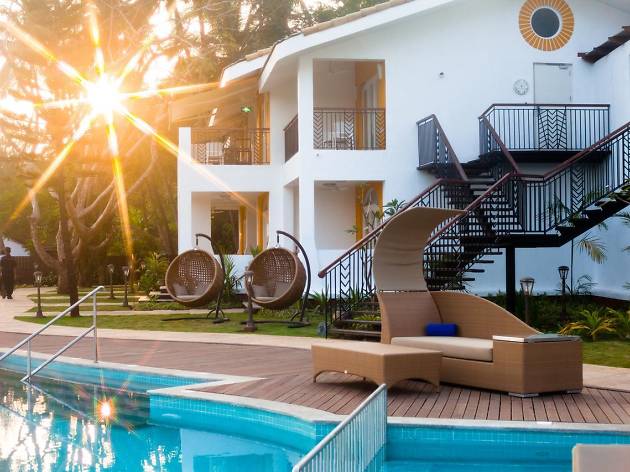 The Acron not only offers a great family destination, with pool, nearby beach and riverside setting, but also represents good value for money, without compromising on quality. An international chef runs the kitchen, guaranteeing the best food, with locally caught fish a speciality, and a complimentary evening happy hour and live local music when the sun goes down are particular guest highlights.