There’s nothing more picture perfect than a White wedding in the White City. Any day of the week, you’re bound to stumble upon a wedding ceremony or sunset wedding photo shoot just by walking along the sandy shores of one of Israel’s beaches. When the words 'Israeli wedding designer' pop up, we often think of the greats, like Berta Bridal. However, there are many aesthetically captivating and popular bridal gown designers like Inbal Dror and Israel’s 'Project Runway' winner, Alon Livne, who do not require a reservation two years in advance. It’s worth a trip to the Middle East just to check out these handpicked studios. Come to the Holy Land, take in the sights, sample some great food, shop ‘til you drop, and try on some breathtaking dresses. If there’s a place to find the one and have some fun, this is it. 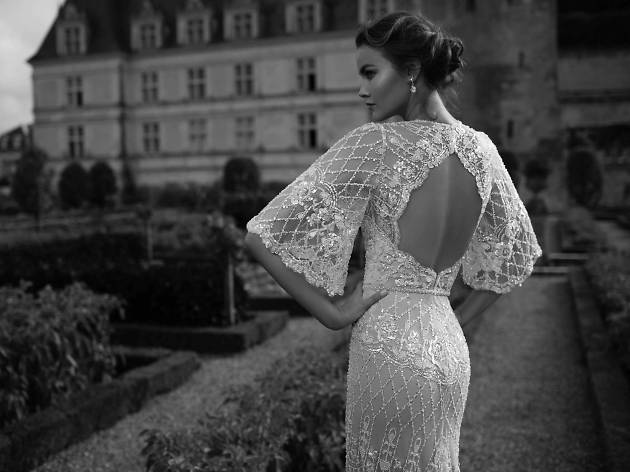 Since the age of 17, Alon Livné has worked in premiere luxury European houses to become one of Israel’s most prestigious fashion designers, having trained at Alexander McQueen in London and Roberto Cavalli in Florence. After winning “Project Runway” in Israel, demand for Alon’s work skyrocketed. In February 2013, he was invited to participate in Mercedes-Benz New York Fashion Week where he presented his Fall-Winter 2013 collection at Lincoln Center. The collection was described by critics as, “a darkly beautiful and wonderfully constructed collection of evening looks…well-tailored and chic.” Alon Livne presents his collections regularly at MBFW New York, and his Bridal line “Alon Livne White” is recognized worldwide for its luxurious, innovative and outstanding designs. Those searching for pieces from one of Israel's finest and most well known dress and womenswear designers should have no problem finding their dream piece here. 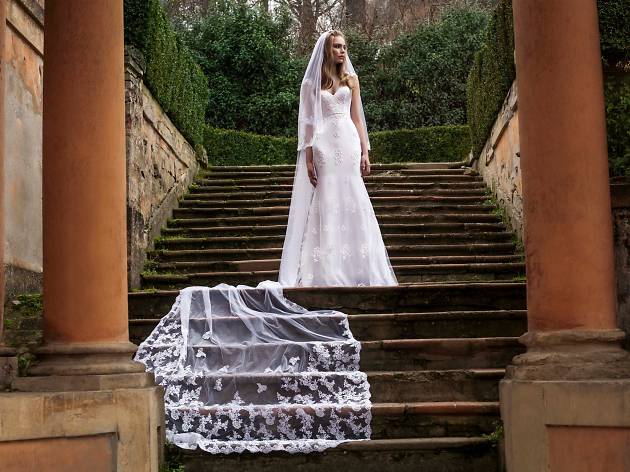 Born in Israel, raised in South America, and relocated to Paris in 2007, Yaniv Persy’s international experience greatly influences his diverse collections. Not only did Persy graduate with excellence from Shenkar College of Engineering and Design in Israel, he was also awarded for “Modern Femininity” at the L.C.D.A. Awards and “Promising Young Israeli Designer” at the I.C.E. Awards in 2007. In fact, it was at his L.C.D.A. award show in 2006 where Persy solidified his signature style, which highlighted net embroidered craftsmanship with chic and classical sophistication. With his designer skills and successful collaborations with leading international designers, such as Donna Karen, Lanvin-Albert Elbaz, Apostrophe, and Roberto Cavalli, in 2009, Yaniv Persy finally established and launched his own label, Persy Ltd. 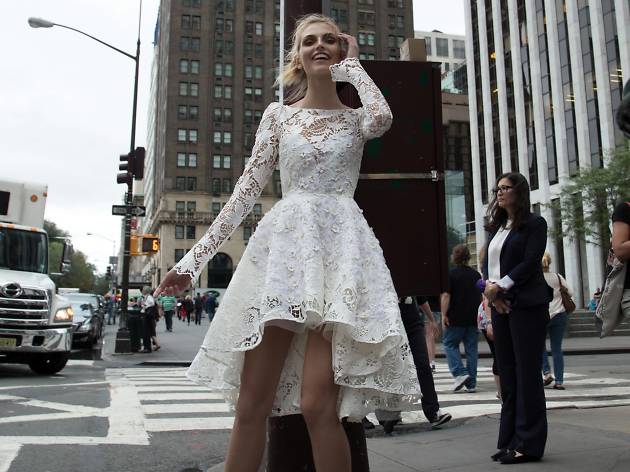 Inbal Dror is one of the leading bridal gown designers in Israel. A graduate of the prestigious Shenkar Fashion Art Academy, Inbal is a worldwide leader in the ultra competitive wedding dress industry. Each gown is an exquisite masterpiece, designed to flatter the female form and crafted with an expert eye for detail. After her studies in Israel, Inbal spent several years in Milan learning from the masters of the industry. Her experience in Milan paired with her Israeli upbringing shaped her magical and unique bridal collection. 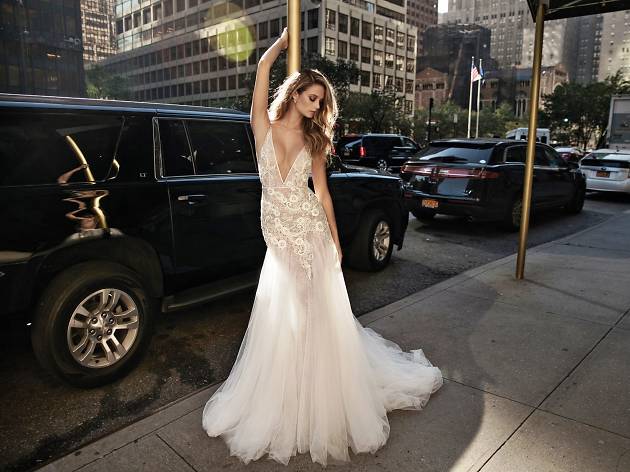 Berta Balilti founded her namesake brand in 2004. A graduate of Shenkar College of design, her sleek style and modern fits blend vintage with retro to create designs that are among the most praised in the world. Berta has been chosen as one of the best five wedding dress designers in the world by Elle Italy, and her collections can be found in famous stores such as Saks Fifth Avenue (New York), Nordstrom’s and The Wedding Club (London) to name a few. Her latest bridal collection features thirty new gowns that take their inspiration from floral and botanical diversity: just as flowers are diverse – each species unique – each of the pieces in the collection are as well. Kate Bock from Sports Illustrated, who was chosen to model for the collection, is as picture perfect as the bridal gowns themselves. Make your gown a Berta gown because as Berta says, ‘every bride should flourish’. 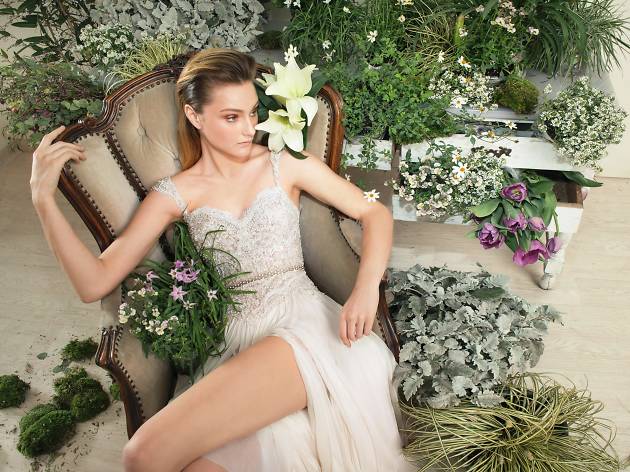 Only one year after graduating with honors from the Shenkar College of Engineering and Design in 2006, Anna Fleet opened a studio under her name in Tel Aviv with a couture ready-to-wear bridal line. Born into a family of sculptors, Anya developed aesthetic sensitivity and a fascination for art & fashion design from a very young age. Stemming from a wide range of inspirations, she uses the finest fabrics to add sophistication and elegance to each gown. Each dress is meticulously handmade to measure, using various combinations of lace, ornate beading and hand embroidery. 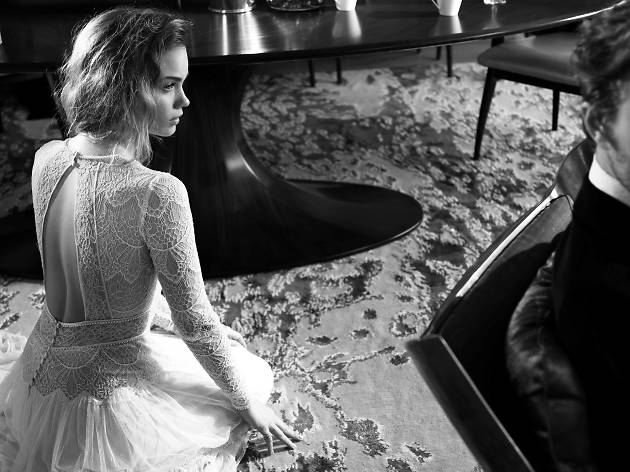 After graduating from Shenkar, the leading fashion design school in Israel, Lihi Hod moved to Paris to work at Dior, alongside fashion designer John Galliano. When she returned to Israel after working in many fashion brands, Lihi established her own signature studio in 2010, specializing in designing wedding dresses. Her philosophy created a rich, visual and exclusive language, full of details and nuances, reflecting quality and prestige. This design composition creates sought-after and unique wedding dresses, combining timeless elegance inspired by the past and the future with the nonchalant attitude of the present. 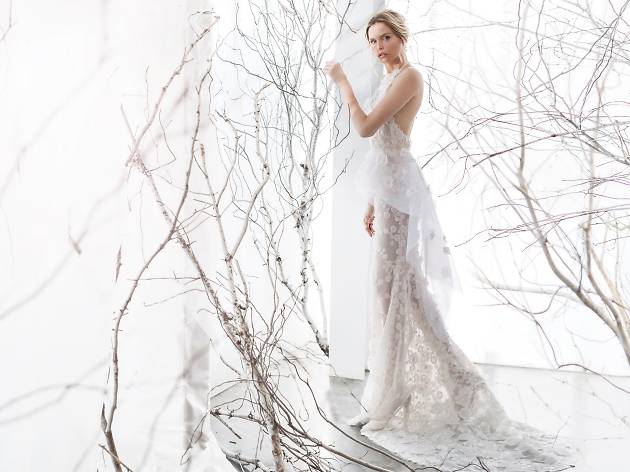 This mother-daughter duo is an expert when it comes to quality products as well as developing original Israeli creations. Sourcing the finest fabrics and materials, each gown is brought to life in a meticulously and thoroughly detailed process, including handmade embroidery, beading, and ornamentation. Each custom made-to-measure gown tells a story of a timeless fairytale, together with modern-day chic, leaving behind an aura of dazzle, sophistication, and sensuality. Sold at multiple boutiques around the world, the Zwillinger mother-daughter duo has managed to share their popular creations with many brides to be around the world. 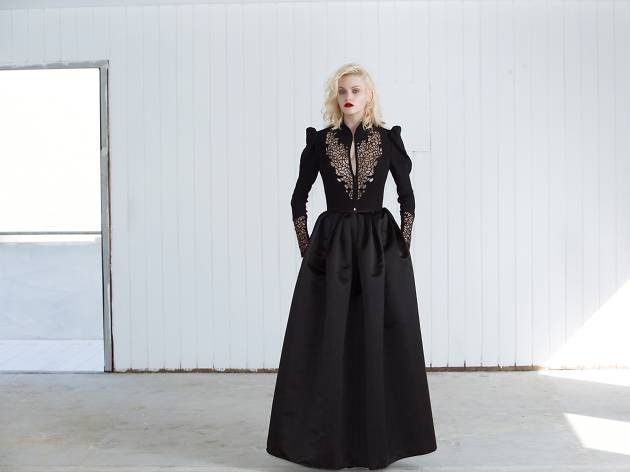 Gadi is one of the leading stylists in the Israeli fashion industry with seventeen years of experience. His lifelong work includes productions for television, movies, magazines, catalogs and personal styling for leading artists and celebrities.This season, Gadi Elimelech presented an unbelievably stunning bridal collection characterized by a classic minimalist design and an emphasis on detail. The dresses are delicate with artistic ornamentation around the hip, neck and arms. Gadi chose fabrics consisting of Chiffon and crepe white silk to create wearable dresses for brides desiring a simple, carefree, yet elegant style. 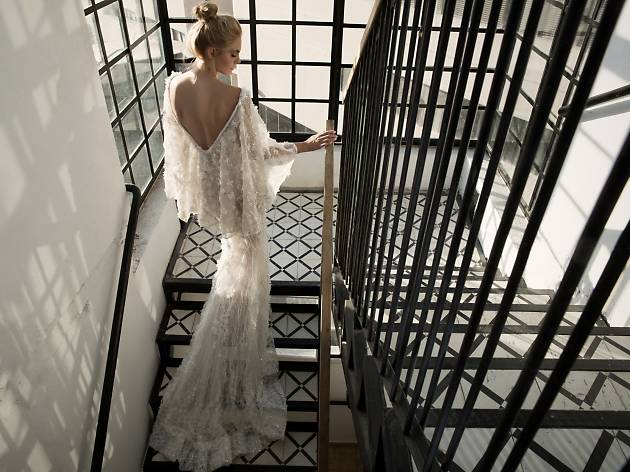 After Lee Grebenau graduated with honors from Shenkar College of Engineering and Design, she was invited to an internship in London to work at the fashion house of Scottish designer, Jonathan Saunders. In 2012, Lee was chosen as the recipient of the American Express promising designer award. The brand is well known for its craftsmanship, careful tailoring and hand embroidery detail work. Lee uses the finest fabrics and materials mainly from France, upholds high-end finishes, as well as haute couture standards and flawless tailorship. Those searching for a classic Israeli design accompanied by a high end European flair need not look any further. 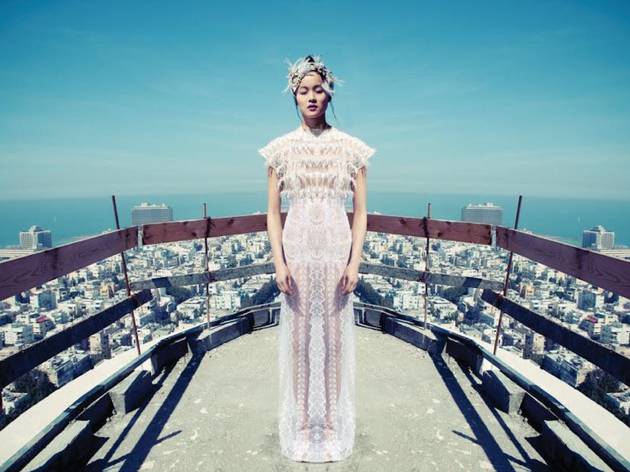 After nearly two decades of dominating the Dizengoff scene, seasoned fashion designer, Yosef Peretz, is expanding his Fashion House to a new location: Yehuda Margoza Street. With the recent wave of young wedding dress designers flooding Tel Aviv, sometimes more experienced designers can get dragged into the riptide. But, not Yosef. He’s remained at the top of Israel’s fashion industry with a loyal following and a commitment to tradition. Yosef’s unique couture and original designs combine different cuts, textiles, and handmade tissues to produce pure elegance in the form of wedding attire and evening dresses. With white on white, he achieves the impossible: gowns that pop against the White City backdrop.