A traditional Vegas experience involves tickets to the best Las Vegas shows, a visit to the best Las Vegas clubs and music venues and, of course, plenty of time inside the best Las Vegas casinos. May we suggest an alternative to the classic Sin City to-do list? Grab your pals and get ready for some true, laugh out loud fun at the best comedy clubs in Las Vegas, where you’ll get to nurse a drink and eat a burger while watching both established and newer acts take the stage at venues all across the city. 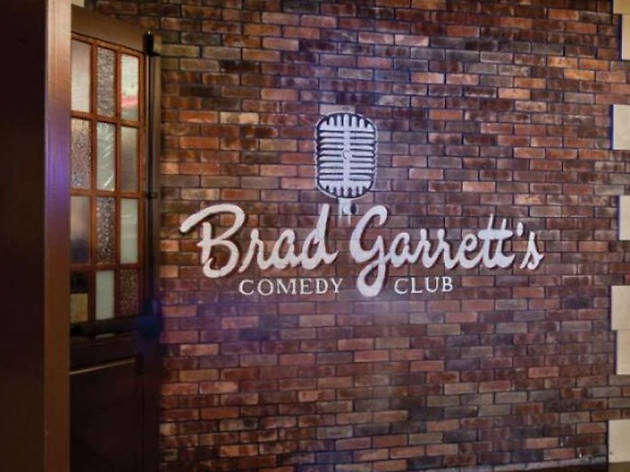 Sometimes it takes the mind of a comedian to build the perfect room for his art. Garrett, who most people still know as Robert from Everybody Love Raymond, performs regularly at his namesake club. It’s a small, bright room with swaths of red throughout, located in the bowels of the MGM Grand, giving it a bit of a grittier feel to go with its elegance. Garrett has masterfully combined throwback Vegas with something completely modern. If it wasn’t already established as the premiere comedy club on The Strip, that status was cemented recently when Jerry Seinfeld did a surprise pop in and slayed the audience for 40 minutes. 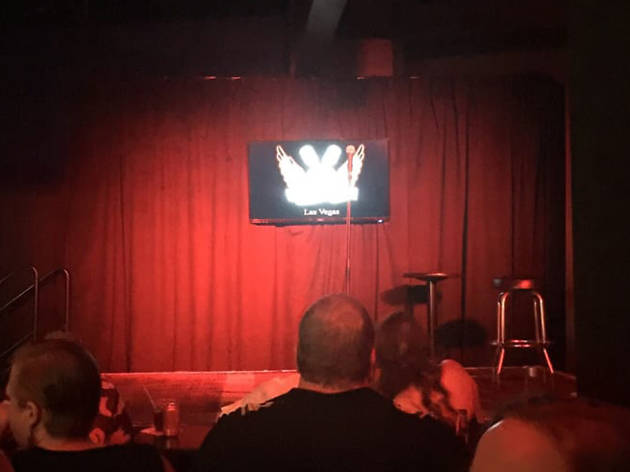 The beauty of comedy is that it can take place anywhere. In the case of The LA Comedy Club, that means in an off-the-beaten-path room in the mall at The Stratosphere Hotel. The owners have had a presence on The Strip, promoting shows in one way or another, for over a decade. Now they have built their dream room: a dark, intimate space that is perfect for comics to ply their trade in front of an always diverse crowd. Besides the traditional opener, feature and headliner show which takes place at 8pm nightly, the club also hosts Marsha Warfield regularly at 10pm, as the former star of Night Court continues to mount her comeback. The late night show The Stool, hosted by the gregarious Steven Roberts, can be seen at midnight on Saturdays and features comics who perform all over Las Vegas presenting only new material. It’s a risk and a rush. 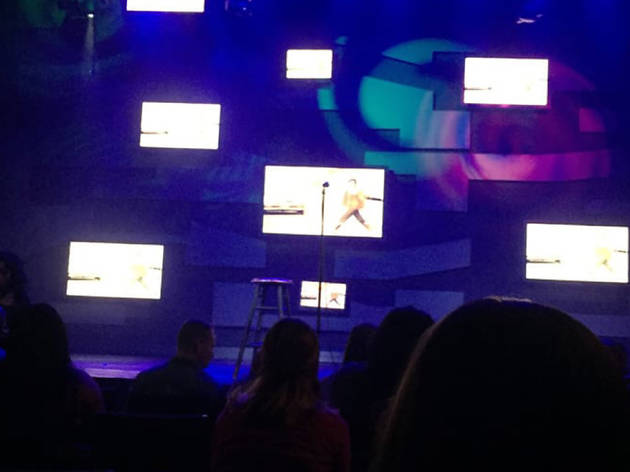 Located in a variety show theater (The V Theater) inside the Miracle Mile Shops at Planet Hollywood, Las Vegas Live blends the residency format with the more time-honored set-up of host, feature, headliner. The headliner is Edwin San Juan, a veteran of Showtime, who gambled on moving to Las Vegas from Los Angeles to further his already blooming comedy career. He took a room that was at a low point and has filled it with energy and entertainment, which the crowds have noticed. The Filipino joke slinger takes the audience through humorous points of his experiences each night. Different comics, usually Las Vegas or Los Angeles based, complete the puzzle as his openers. This is the little-show-that-could. 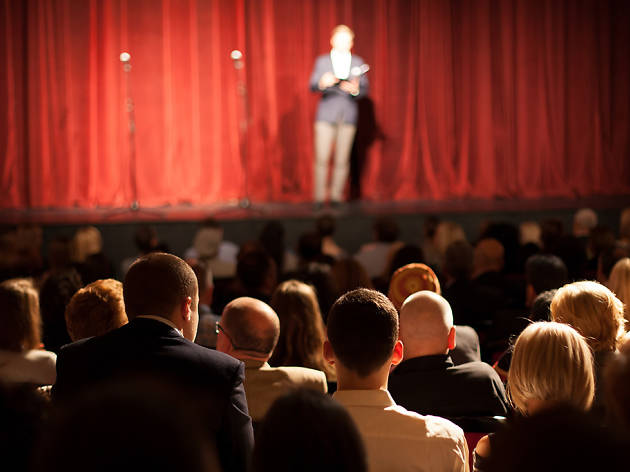 What’s Vegas without some sex? Comedy & Dolls mixes hilarity and seduction while involving multiple comics and burlesque dancers. The format features the two art forms switching off, intermingling funny and sexy. The showroom has been recently redesigned and features a nice space for the crowd to cozy up in. Usually headlined by veteran act Greg Vaccariello, it also showcases young lions hungry for stage time. As the club continues to grow its lineups, it has the potential to be even better. 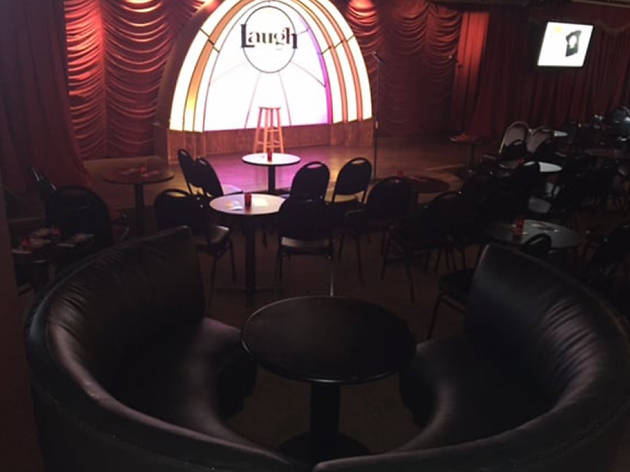 Residing in a room that has housed other comedy clubs before at The Tropicana, the Laugh Factory feels much like the hotel itself—that is to say, it has got some new shine but it’s still a bit stale. Trying to use the goodwill and momentum of the original Laugh Factory, which packs them in on the Sunset Strip in Los Angeles, the Vegas version feels more dated. Ronald Reagan’s favorite impressionist, Rich Little, has a 7pm residency and the rest of the night is reserved for more standard fare. May we suggest sporadic sets by the acts on the marquee at the LA club to take this venue to the next level? 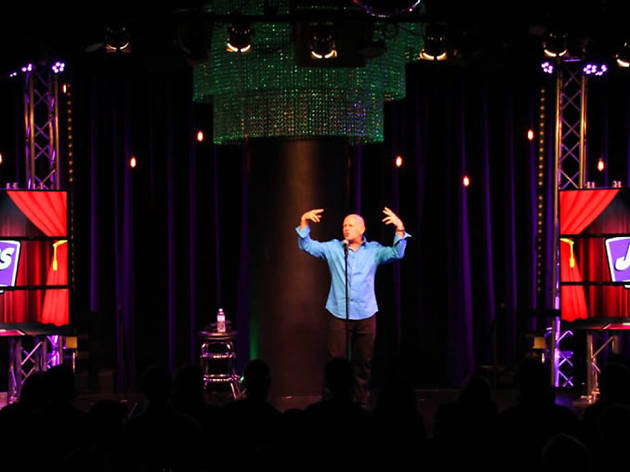 The newest comedy club in Las Vegas makes its home downtown, on Fremont Street, where it doesn’t have any competition. It’s a smart play for the D Hotel, whose multi-purpose room also houses an afternoon magic show, a murder mystery dinner production and a one-man monologist all before the comedy. The show doesn’t start until 10:30pm, so feel free to indulge in a very long dinner before your night out.