It’s up there with trying your luck at the best Las Vegas casinos or ogling the over-the-top sights on the Las Vegas Strip. Seeing at least one spectacular production is among the best things to do in Las Vegas, but with more than 100 Sin City shows vying for your attention on any given day, which should you choose? We waded through the whole program, from comedy shows and magic to Broadway musicals and the entire Cirque canon, to select the best Las Vegas shows, ranked in order of necessity. 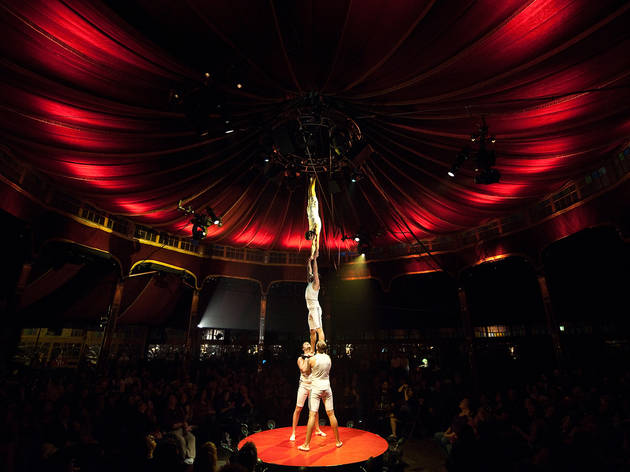 Most people love the blissfully semiconscious state between waking and sleeping and the absurd thoughts that accompany it—hence the appeal of the notoriously potent green liquor, thought to induce a similar haze. Add a dash of uninhibited libido to that dreamlike feeling and you get Absinthe. This 18-and-over show is set apart by the intimacy of its spiegeltent theater, its bawdy, in-your-face attitude and the gasp-worthy stunts that play out on a nine-foot-diameter round stage just a few feet from the audience. Hosted by emcee-provocateur the Gazillionaire—a greasy-haired, mustachioed carnival barker plucked straight out of the 1970s—and his assistant Joy Jenkins, he plies audiences with dirty jokes and double entendres between cabaret and circus-style acts like flipping strongmen, tap-dancing twins and scantily clad acrobats that are the stuff of very flexible fantasies. It’s like Cirque du Soleil’s naughty little sister and well worth your entertainment dollars. 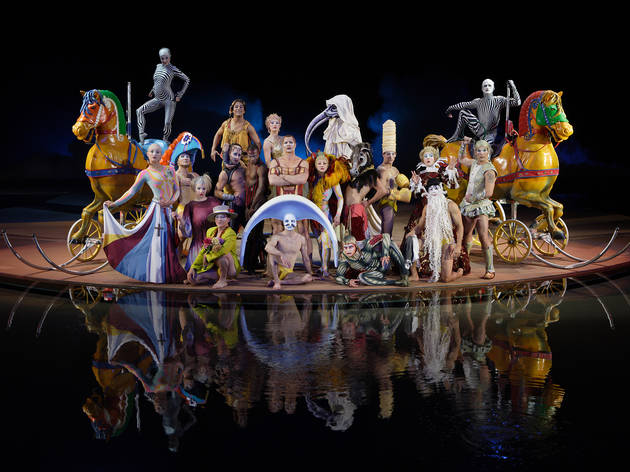 The second entrant, in 1998, into Cirque’s Las Vegas empire, O still manages to astound in large part due to its unrivaled star: a spectacularly designed aquatic stage that transforms from solid ground to liquid often before the audience even notices. O makes the most of this defining feature with skits combining comedy, derring-do and whimsy that play out above, on and in the 1.5 million-gallon tank. Ships roll on temporary waves, divers plunge 60 feet into the waters, acrobats twirl and contort high above the stage below with the show’s abstract narrative weaving O into more than just the sum of its parts. 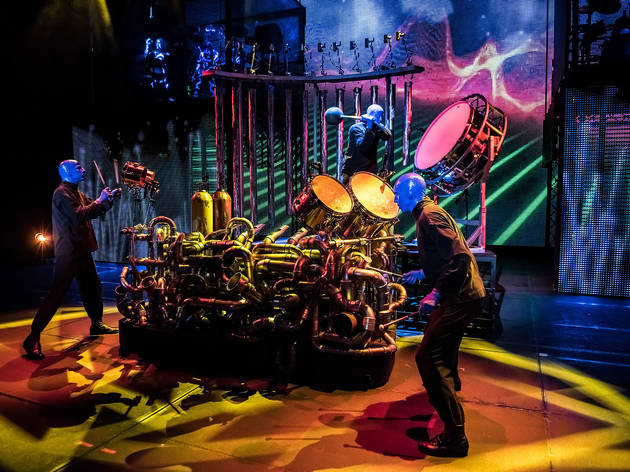 Is three really a crowd? Blue Man Group’s enduring show, in Las Vegas and other cities, certainly suggests as much. The BMG trio—there are three blue men because three is the smallest group you can have in which one person can be an outsider—explores universal human concerns like rejection, loneliness and alienation, set to a funky, percussion-heavy soundtrack. Since Blue Man opened on the Strip in 1999, the hit show has evolved to include references to technology, fresh acts and new sets. Throw in a little gastrointestinal humor for good measure, and you have yourself a Vegas classic. 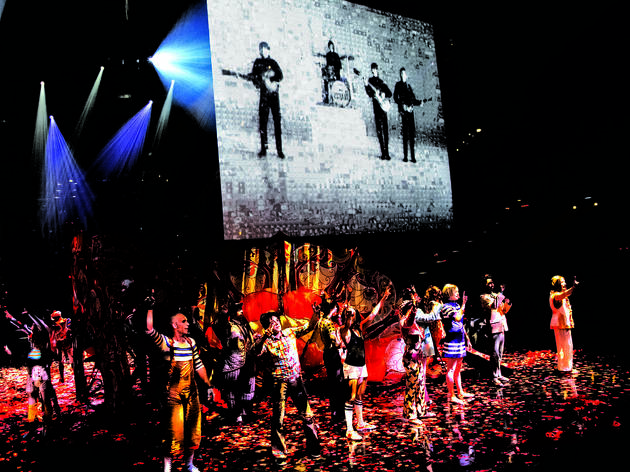 There are currently seven resident Cirque du Soleil shows to choose from in Vegas, but we’d slap down our bucks for The Beatles LOVE, because, well: the Beatles. Combining the original pop-rock quartet with Cirque’s artistic imagery was a masterstroke of brilliance on the part of the famed production company, but the show doesn’t just string together a roster of the Fab Four’s greatest hits. LOVE uses a range of tunes—nearly 30 in all—from the group’s catalogue to frame a mini-history of their rise to stardom and subsequent breakup. The Grammy-winning show underwent an extensive redesign in honor of its 10th anniversary in 2016, so now is the perfect time to fall under the spell of Beatlemania once again. 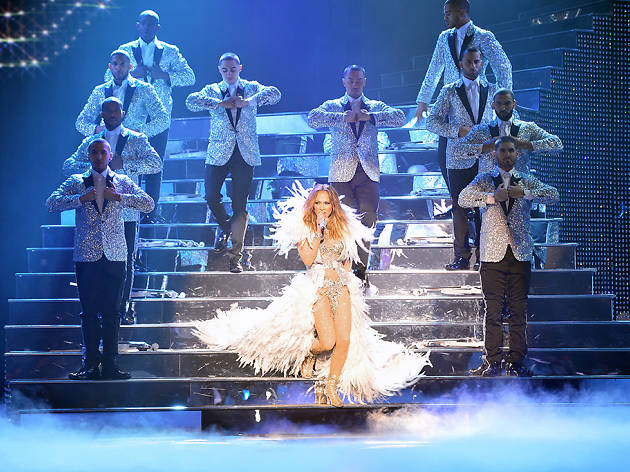 Part of a recent wave of pop, rock and country talent flocking to Vegas for part-time residencies that afford high production values sans the schlepping of a major tour, entertainment multi-hyphenate Jennifer Lopez launched All I Have at Planet Hollywood in 2016. Described by choreographer Napoleon D’umo as “theater meets pop show,” the production isn’t just your average concert. It’s a seven-act tour of J.Lo’s greatest hits backed by a live band with an assist from 16 dancers who flank the veteran star as she salsas, struts and shakes her famous booty in a custom wardrobe designed by labels like Versace and Zuhair Murad. If headliners are the new entertainment model in Vegas, All I Have proves they can be every bit as captivating as a production show. Jenny has a new block, and it’s the Las Vegas Strip. 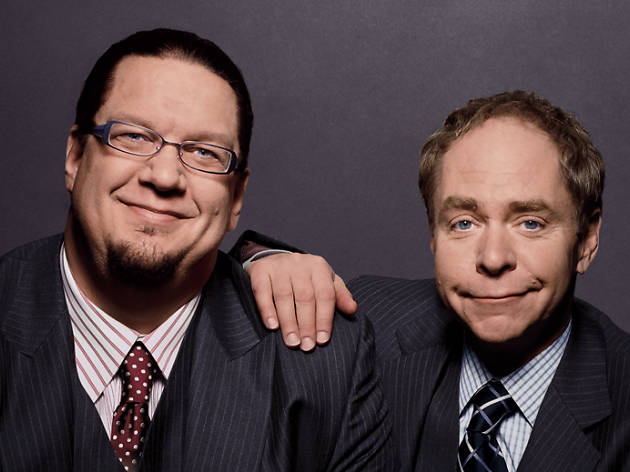 Magic is a sham, but that doesn’t make watching it any less entertaining. That’s the big takeaway from a Penn & Teller performance. These longtime partners—the diminutive, mute Teller and tall, boisterous Penn—revel in their seamless ability to amuse and amaze audiences with tricks that range from sleight-of-hand to seemingly foolhardy acts. In the dazzling show closer, for example, the pair fire pistols at each other through panes of glass and each ends up catching the other’s bullet between his teeth. Along the way, the duo expose how some of the tricks are performed, turning the old adage that magicians never reveal their secrets on its head. 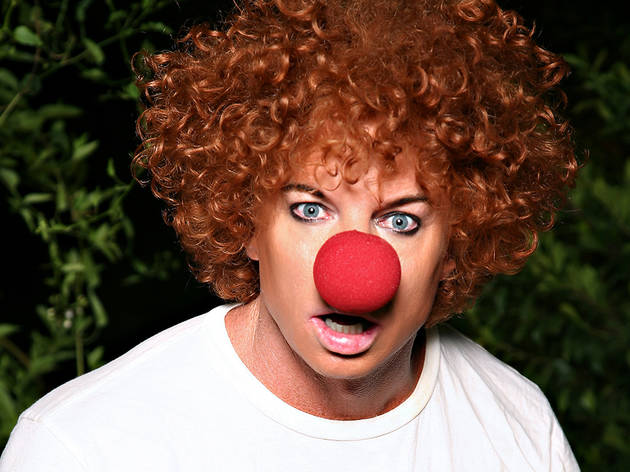 Carrot Top’s high-energy, prop-fueled comedy (and suspiciously bulging muscles) can often make him a punchline among cultural commentators. The burly redheaded comedian isn’t taken seriously because he’s just so damn goofy, but that’s a mistake you shouldn’t make when you visit Vegas. Carrot Top—aka Scott Thompson—has been a staple on the Las Vegas Strip for almost 20 years, which, given the city’s rapidly changing entertainment scene, would be a lifetime anywhere else. The main thing that keeps the show fresh and relevant for Las Vegas audiences is Thompson’s work ethic, which extends to his unquenchable thirst for new material. The other underlying factor is that he just goes with the flow. “It’s just me up there having fun and I don’t really know what I’m gonna do next,” he says. 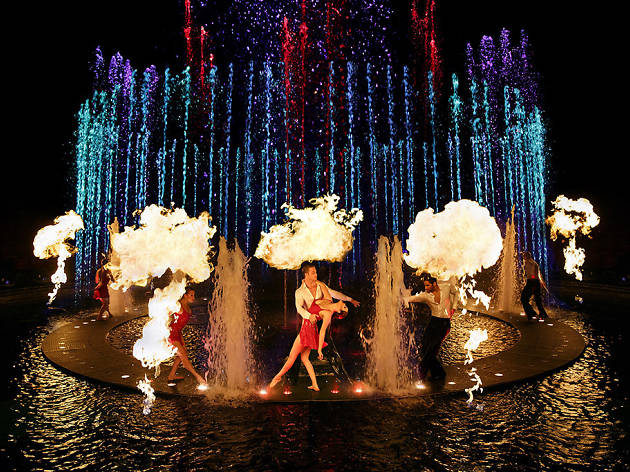 An aquatic stage, amazing performers, glorious music and stunning direction: We must be talking about another Cirque du Soleil show, right? Not exactly. We’re talking about Le Rêve by former Cirque director Franco Dragone, a show that doesn’t do anything by half-measures. And even though it took Le Rêve a few years to come into its own as a production, the wait was worthwhile. There’s a reason this show is called “the dream:” If you’re looking for a strictly linear story that connects the dots, this may not be for you. But if you’re able to immerse yourself in its pageantry and beauty, it will make you feel utterly buoyant. 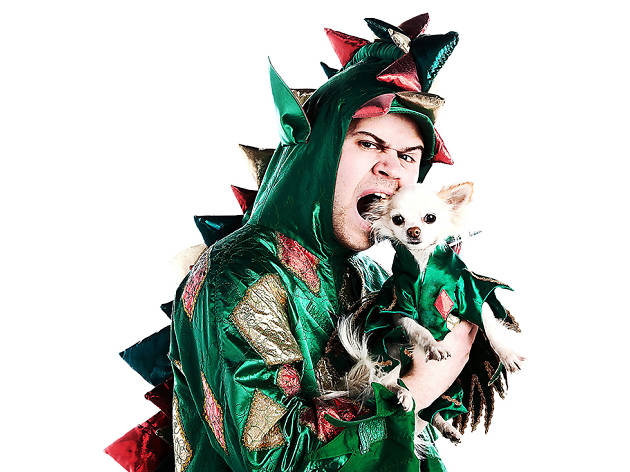 Not to be confused with that hack Puff, Piff is Las Vegas’s favorite magic dragon, a delightfully droll creature who wants nothing to do with the sea or, heaven forbid, little Jackie Paper. The comedic magician—who performs with his sidekick Mr. Piffles, a costumed chihuahua who calmly abides by being shoved in boxes and passed off to audience volunteers—earned a golden buzzer and the fan favorite vote on America’s Got Talent, eventually landing a show at the Flamingo, where Piff does sleight of hand and chihuahua-assisted stunts interspersed with deadpan, self-deprecating humor that may have you laughing so hard you miss the trick’s punchline. No matter. When you’re having this much fun, who cares about guessing the right card? 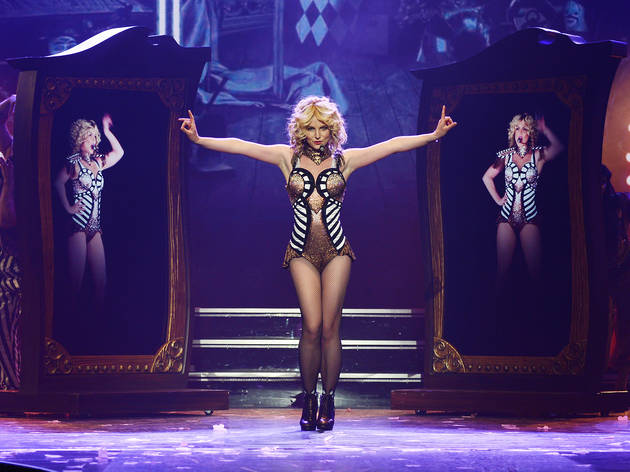 As far as second (or is that third?) careers go, Britney has made a helluva comeback. Although her core audience is made up of people who remember her initial rise to success, followed by the up-again-down-again pattern of failed relationships, emotional breakdowns and performance flubs, the former teen idol has settled in ever-forgiving Vegas to reinvent herself once more. And she has done a bang-up job. Piece of Me isn’t a concert; it’s an opportunity for Spears to reenact her greatest hits with a gaggle of dancers and some high-end stage sets: “Look, there’s Britney in a ring of fire;” “Here’s Britney floating above the stage.” Some of the credit goes to Planet Hollywood, whose redesign of the phenomenal Axis Theater specifically for Spears has afforded her a brilliant platform from which to begin her new trajectory, but the achievement mostly belongs to Spears. She’s an older, sexier, more stable version of her younger self, with all the charisma she started out with.