It turns out 2017 is basically 365 days of awesome telly. Here's our pick of the best TV shows to watch next year...

Welcome to 2017. It isn't only the year we get to watch 'Stranger Things' series two (although, of course, it's on our list). There are all sorts of telly treats heading our way in the new year. Netflix is lining up a string of star-studded series, from Drew Barrymore's 'Santa Clarita Diet' to Naomi Watts' 'Gypsy', while we'll be tuning into the box for the final series of 'Girls', the return of 'Game of Thrones' and the second season of Michaela Coel's hilarious E4 comedy 'Chewing Gum'. 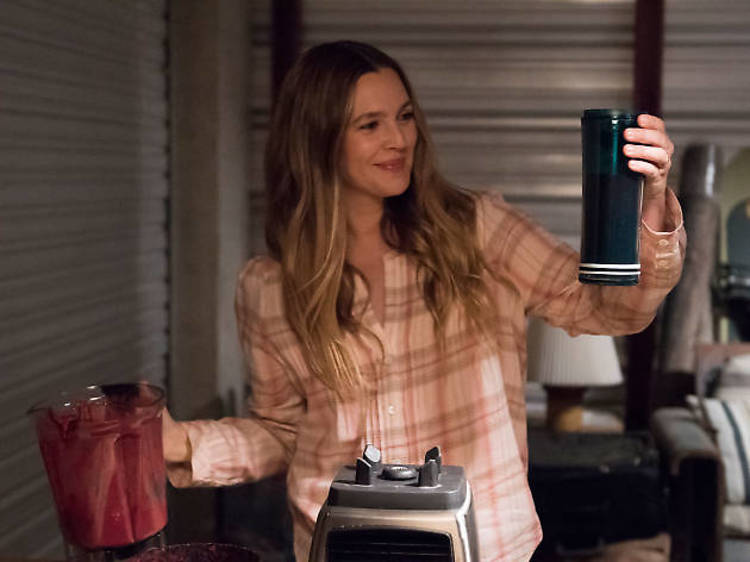 What is it? A comedy series starring Drew Barrymore about a discontented married couple living in the LA suburbs. Their lives are turned upside down by a ‘dramatic change’. Netflix is keeping schtum about exactly what that change is. Who knows whether it’s them taking up a new hobby or buying a pet – either way it apparently brings drama, destruction and death!

Why watch? Not only does lovely Drew Barrymore stars in the series, she also executive produces. 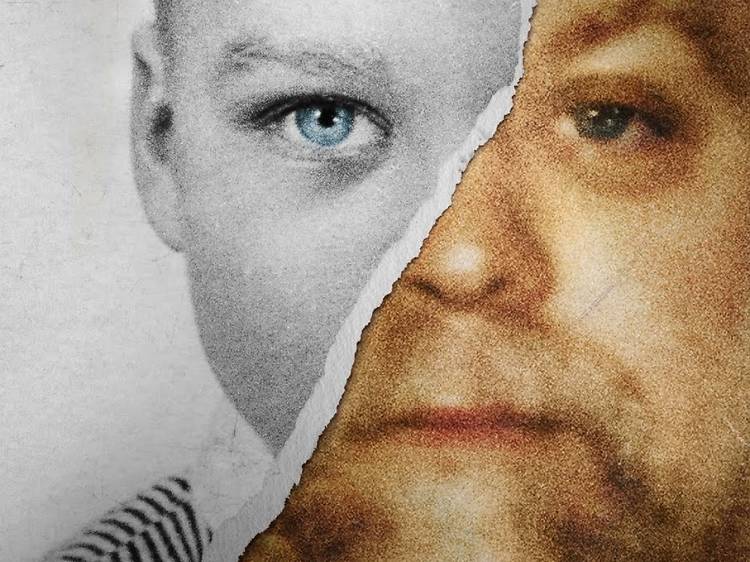 What is it? Season two of the real-life crime series that had us all gripped this time last year. Documentary makers Moira Demos and Laura Ricciardi spent ten years following the story of Steven Avery, who served nearly two decades in prison for a crime he didn’t commit only to be arrested for the murder of a young photographer after his release. Demos and Ricciardi will be updating us on what’s been happening in Avery’s case.

Why watch? It’s powerful TV and has had a real impact on the actual criminal justice system in America and the lives of the people in the documentary.
Advertising 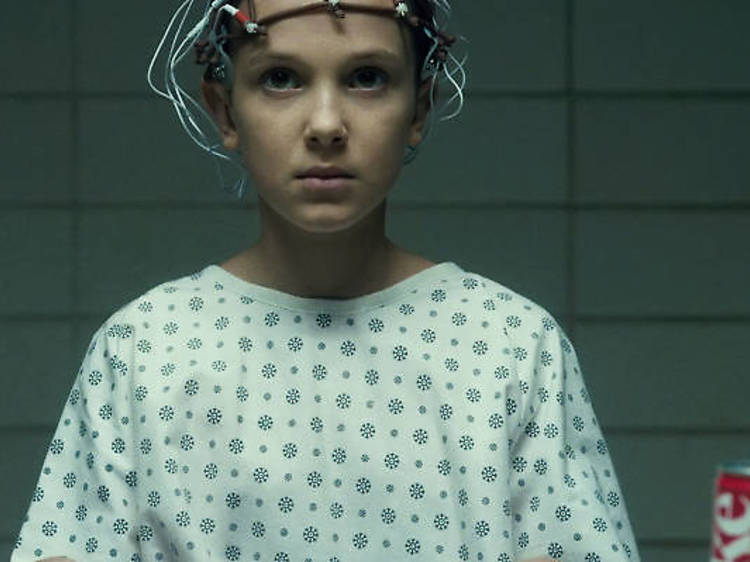 What is it? Only the most anticipated second season there ever was. Netflix returns to the Upside Down for a second run of the ’80s-set sci-fi series. All the cast are returning (yes, including Eleven!) and the creators are promising ‘a little bit of the magic’ of ‘Indiana Jones and the Temple of Doom’.

Why watch? To find out why Will’s coughing up slugs, what Eleven’s up to and whether there will ever be justice for Barb.

What is it? A teen drama series following a boy named Clay after he receives a box of cassette tapes from a crush who committed suicide. Each of the tapes come with instructions to pass on to 12 classmates who played a role in her death.

Why watch? It’s based on a best-selling young adult novel from 2007 – and produced by Selena Gomez.
Advertising 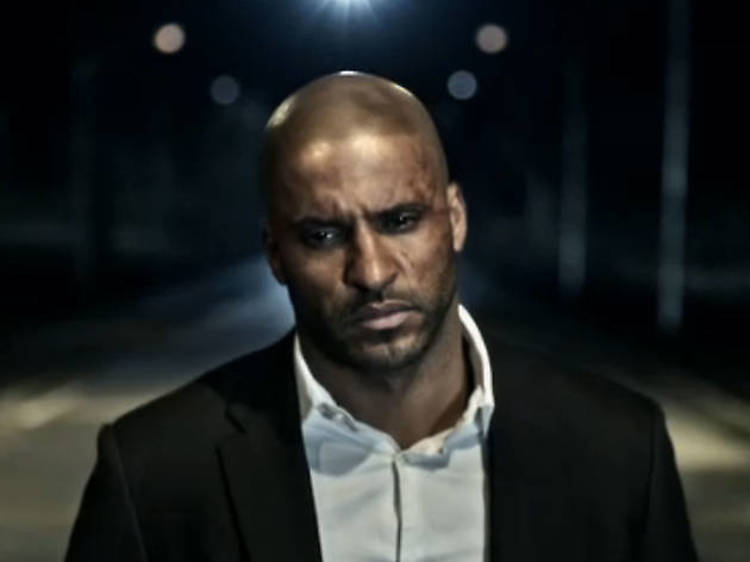 What is it? An adaptation of Neil Gaiman’s sci-fi novel, following Shadowmoon, a convict released early from prison after his wife dies in a car accident. On the way to her funeral he meets Wednesday, a conman who is much more than he seems. It’s a surreal mix of gritty realism and otherworldliness.

Why watch? Ricky Whittle (you know, Calvin Valentine off of ‘Hollyoaks’) is the lead, with a very convincing American accent.

What is it? After all those warnings, winter is finally here! It feels like a lifetime since we first met the Starks living happily at Winterfell in season one. Now, the story is nudging towards its conclusion. It’ll air a little later than usual this year, because the filmmakers needed to shoot more of the series in winter, and it’ll be a shorter run at just seven episodes.

What is it? One for psychology lovers. This star-studded Netflix series follows Jean Holloway, a therapist who develops dangerous and intimate relationships with people in her patients’ lives.

Why watch? Oscar-nominated actress Naomi Watts is returning to the small screen to play Jean. 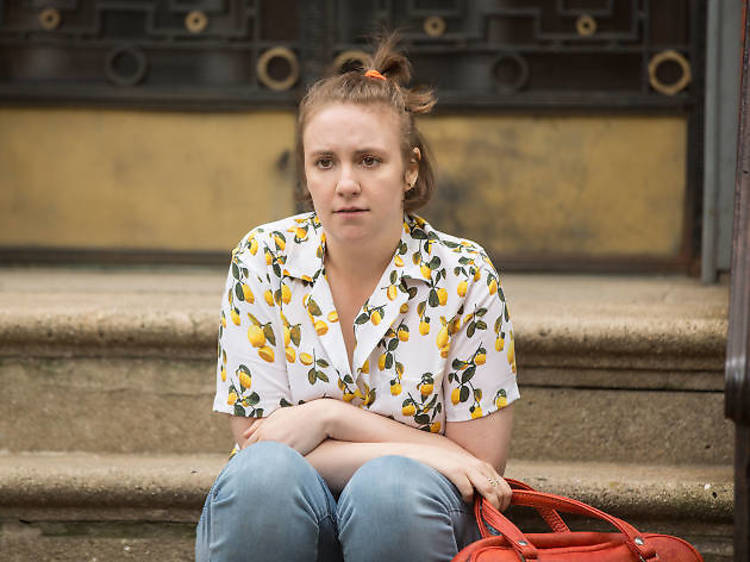 What is it? The final instalment in Lena Dunham’s series about a group of twentysomethings living, loving and struggling in New York City.

Why watch? To say goodbye to Hannah, Jessa, Marnie and Shosh.
Advertising 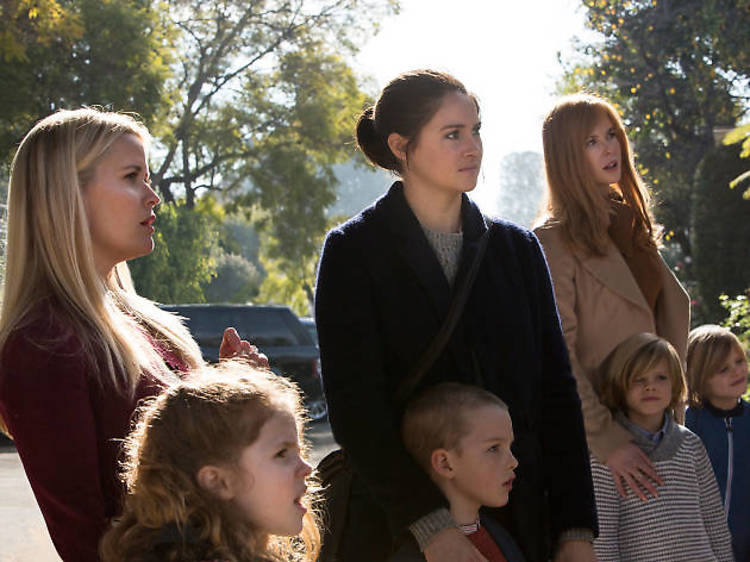 What is it? A stylish new series based on Liane Moriarty’s novel. It follows three mums in Monterey, California whose interconnected lives take a dark and deadly turn. ‘So we’re like seriously using the word murder?’ asks a voice in the trailer. 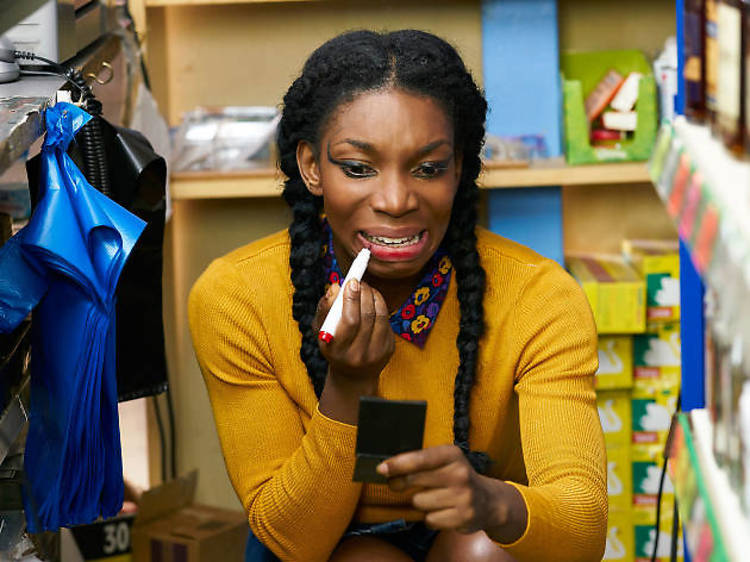 What is it? Season two of the fearless British sitcom set on a council estate in London. The show follows Tracey (Michaela Coel), a young shop assistant desperate to escape her restricted, religious upbringing and have sex. It’s proper funny, clever stuff.

Why watch? Michaela Coel won a Bafta for her performance last year and has promised the second run will be ‘more cringe’.
Advertising 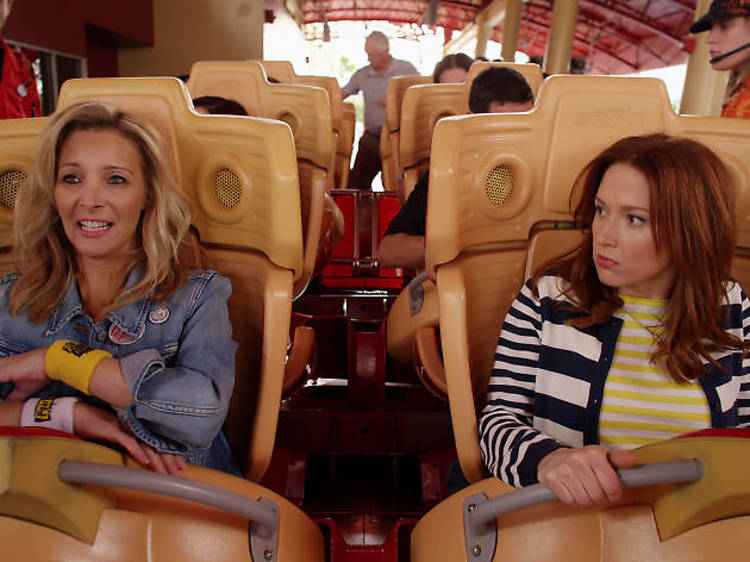 What is it? The third series of Tina Fey’s brilliantly funny sitcom, which follows the perpetually positive Kimmy (Ellie Kemper) as she tries to jump-start her life in New York City after 15 years being kept in an underground bunker by a cult leader. It picks up right where we left off, when Kimmy reunited with her roller-coaster riding mother (played by Lisa Kudrow) and Titus got on a bus to Titusville.

Why watch? It’s joyful, wonderful stuff. And according to Ellie Kemper we can expect ‘more singing’, which is fine by us.

What is it? Britt Robertson stars as Sophia Amoruso, who went from rebellious, broke twentysomething to unlikely business woman at the head of an online fashion empire, as CEO of Nasty Gal. ‘Girlboss’ is based on the New York business bestseller, described as a sort of ‘Lean In’ for misfits, in which Amoruso gives tips, advice and inspiration to female entrepreneurs.

Why watch? The show’s creator and writer-in-chief is Kay Cannon, the woman behind ‘Pitch Perfect.'

What is it? The latest offering from Marvel, following a billionaire returning to New York after being missing for 15 years. Of course, since this is Marvel he’s actually a Buddhist monk and martial arts expert able to call upon the power of the mystical Iron Fist.

Why watch? Marvel has been acing it with realistic and addictive Netflix series over the past few years: from their feminist hero ‘Jessica Jones’ to ‘Daredevil’ and ‘Luke Cage’. 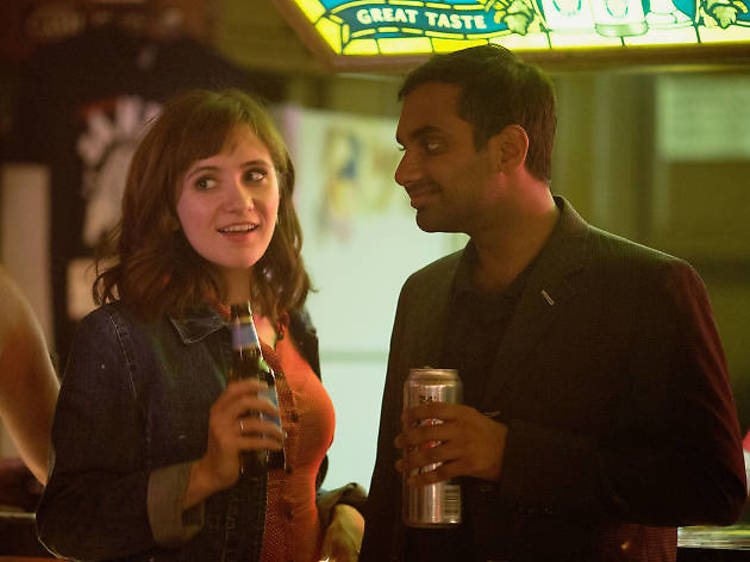 What is it? The second series of Aziz Ansari’s acclaimed comedy drama about a struggling actor looking for love, better work and great pasta. Season one ended with Aziz’s character choosing the trip of a lifetime over getting back together with his girlfriend, and the cast have already teased new scenes filmed in Italy. We guess great pasta is on the cards then.

Why watch? It’s probably the most woke, most realistic portrayal of dating on TV right now.
Advertising

What is it? A drama about capitalism, family dynamics and ordinary Americans, following a hapless married man who must relocate from Chicago to Ozark, Missouri under dangerous circumstances.

Why watch? Jason Bateman is leaving behind comedy to direct and star in this dark drama. 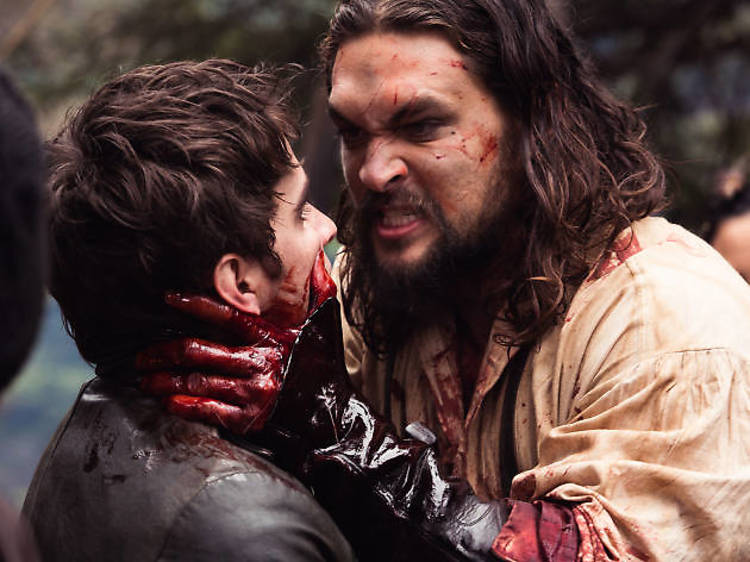 What is it? A historical action-adventure drama based on the fur trade in North America during the late eighteenth century. It’s all wealth, power and bloody conflict.

Why watch? Khal Drogo from ‘Games of Thrones’, aka Jason Momoa, is the show’s leading man.
Advertising

What is it? The story of a politically active couple in 1970s London. Their relationship is tested when they liberate a political prisoner and form a radical underground cell in the city.

More to look forward to... 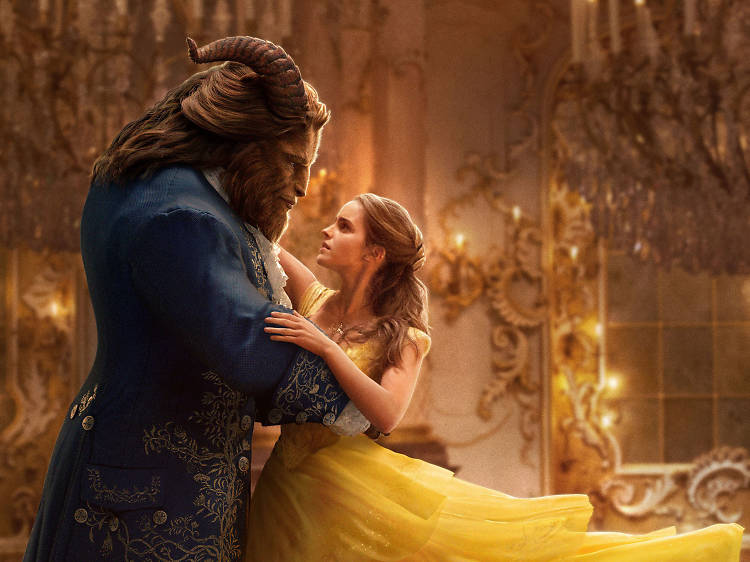